Joe Gomez and Liverpool manager Jurgen Klopp are both fearing that the England defender will be out for the rest of the season after suffering a concerning injury in Three Lions training on Wednesday. There are concerns that the 23-year-old has suffered a significant knee problem as Liverpool wait for scan results.

Gomez went down with the issue despite no contact with Gareth Southgate labelling the nature of his complaints and how much pain the defender was in as “upsetting”.

The centre-half has played in seven of Liverpool’s eight Premier League matches this season and was expected to be their go-to man at the back in the absence of Virgil van Dijk.

Gomez’s defensive partner is expected to sit out on the sidelines for the rest of the campaign after suffering an anterior cruciate ligament injury which required surgery.

The Catford-born Englishman has since guided Nat Phillips and Rhys Williams through Premier League and Champions League fixtures.

He lined up alongside the returning Joel Matip last weekend in the draw with title rivals Manchester City at the Etihad.

But according to the Daily Mirror, the Premier League champions fear that Gomez will not play again this season.

There are even worries that the player may not even make the rescheduled Euros for England next summer.

In the absence of Gomez and Van Dijk, Matip will be Liverpool’s only fit senior centre-back but the Cameroonian has been dogged by injury issues over the past 18 months and has suffered niggles throughout his four years at Anfield.

Fabinho, who is recovering from a hamstring injury, will step in alongside Matip for as long as Gomez is out.

The Mirror say that Gomez collapsed without any of his England team-mates around him and that there were screams of pain and distress from the player afterwards.

Liverpool are awaiting the results of scans on his knee but Gomez has suffered serious injuries on international duty before.

A knee ligament rupture in October 2015 while on England under-21 duty left and Achilles issues left the ex-Charlton defender out of competitive action for over a year.

While an ankle ligament tear sustained in March 2018 after facing the Netherlands caused him to miss the Champions League final loss to Real Madrid.

Liverpool fear his latest knee injury is similar to the one he suffered five years ago although England boss Southgate was tight-lipped on Wednesday evening.

He said: “I hate to see any of our players suffer and there is nothing worse… one of the worst things as an international manager is that you are borrowing players and something happens on your watch.

“You feel a responsibility and you start to go back but in this instance there is just nothing we would have done differently.

Joe Gomez injury: The 11 Liverpool fixtures before the transfer window

“But, yeah, you just don’t want to see players missing for any lengthy period of time. Having been a player, that’s the toughest thing in the sport and Joe’s experienced that a couple of times which is why we are even more hopeful that this isn’t that sort of situation.

“I can’t tell you how serious it is because he’s yet to have scans. What was upsetting was to see him in a fair bit of pain. There was nobody around him when it happened and I didn’t like that element of it. We’ve got to wait for the scan.

“We can’t speculate on the exact nature of the injury. Our immediate thoughts are with him because he’s had difficulties in the past. We are hoping and praying that it won’t be a long one, but we will just have to see.”

Sat alongside Southgate, England goalkeeper Nick Pope explained how Gomez’s injury came despite none of his international team-mates being close to him.

“Joe made a pass or movement with nobody around him and ended up on the floor and was obviously in a great deal of pain,” the Burnley shot-stopper said.

“To see Joe go through something like that and see how much pain he was in wasn’t easy for me or any of the lads.”

In addition to Gomez and Van Dijk, Liverpool will also be without England right-back Trent Alexander-Arnold for up to six weeks due to a calf issue sustained at City.

Klopp will be eager to welcome back Thiago Alcantara and Fabinho a week on Saturday when they take on league leaders Leicester at Anfield.

Other options to fill in for Gomez in addition to Matip and Fabinho include youngsters Phillips, Williams and Billy Koumetio or central midfielders Jordan Henderson and Gini Wijnaldum, with left-back Andy Robertson another potential emergency stand-in.

They came over land and by sea, the committed and the curious, all willing England towards unfamiliar glories. And halfway through the […]

10.43am GMT10:43 Yesterday, Flamengo played their first match since the fire that tragically killed 10 academy players at their training ground. Here […] 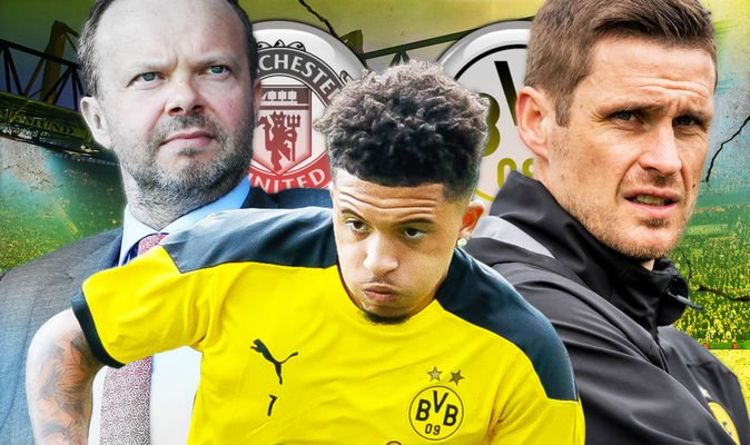 Borussia Dortmund chief Sebastian Kehl has confirmed that Jadon Sancho will be staying at the club and that decision is final. The […]