That was when Mr. Adam, 39, a conservative and libertarian, watched Twitter and Facebook add labels to social media posts from President Trump and other Republicans who falsely claimed he had won the election. Many of the labels said the assertions were disputed. And on Twitter, some of Mr. Trump’s tweets were hidden completely.

To Mr. Adam, the social media companies appeared to be singling out conservative voices. So he decided to shift to Parler, a social networking app that he has used on and off for a year, and to largely ignore those two big platforms, he said.

“Facebook started muting, deleting and labeling every conservative political post in my feed,” Mr. Adam said. “If you’re going to do something, you have to be fair to both sides. You don’t just get to pick one side to promote.”

Mr. Adam was one of millions of people who have migrated away from Facebook and Twitter since the election. As the companies have clamped down on misinformation, they have clashed with Republicans and conservatives who have spread lies about the election’s outcome, leading to claims that the tech platforms are censoring them.

Among those who have spoken out are Mark Levin, a far-right radio host with millions of listeners, who vented on his show last week that the tech and media companies were not representing the conservative point of view. Maria Bartiromo, a Fox News anchor, also expressed frustration with Twitter and said it was blocking conservatives’ statements.

But Mr. Levin, Ms. Bartiromo and others did not stop there. They directed their followers to other social media apps and news sites that have positioned themselves as alternatives to Facebook and Twitter. The beneficiaries are Parler, a Twitter-like app that describes itself as the world’s “premier free speech social network,” the right-wing media app Newsmax, and other social sites like MeWe and Rumble, which have purposely welcomed conservatives.

Over the weekend, Parler shot to the top of Apple’s App Store in downloads. As of Monday, it had eight million members, nearly double the 4.5 million it had last week. Rumble said it projected 75 million to 90 million people will watch a video on its site this month, up from 60.5 million last month. And Newsmax said more than 3 million people watched its election night coverage and that its app has recently been in the top-10 daily apps downloaded from Apple’s App Store.

While social media sites marketed at conservatives have existed for years, they have often struggled to catch on more widely. Their invigoration now may add to a fracturing of the information ecosystem.

“There are real dangers around a fractured misinformation system, especially as it relates to organizing against our electoral integrity,” said Shannon McGregor, a professor at the University of North Carolina, Chapel Hill, and senior researcher at the Center for Information, Technology, and Public Life.

But Ms. McGregor said she was skeptical that any migration would lead to permanent departures from Facebook and Twitter. “If there is no one to argue with, no omnipresent journalists or media entities to react to, how long will it last?” she said.

Facebook and Twitter declined to comment. The companies have denied censoring conservatives and typically point to their terms of service when an account breaks the rules. And while many conservatives are upset about their content being labeled or hidden, they are less willing to acknowledge that their posts can often clash with Facebook’s guidelines around disinformation and harmful content.

Next week, Twitter’s chief executive, Jack Dorsey, and Facebook’s chief executive, Mark Zuckerberg, are scheduled to testify at a congressional hearing over their sites’ treatment of an unsubstantiated New York Post article that was critical of Hunter Biden, the son of President-elect Joseph R. Biden Jr. The hearing was called by Republicans who were incensed that the sites initially limited the distribution of the article.

Despite the conservative ire, Facebook and Twitter have long taken a mostly hands-off approach to digital speech. In recent months, however, the companies ramped up their efforts to prevent election misinformation. Facebook and Twitter said they would label false posts and slow down how quickly they could be shared, among other moves. They said many of the changes would be temporary.

Last week after the polls closed, Facebook and Twitter began using many of those measures. When Mr. Trump posted that the election was being stolen from him, the companies labeled his messages. Facebook on Thursday also took down a rapidly growing Facebook group, Stop the Steal, which promoted the idea of a stolen election.

That moved people like Mr. Adam to switch to alternative apps like Parler, which is owned in part by the conservative media personality Dan Bongino. Founded in 2018 by two Nevada-based software engineers, John Matze and Jared Thomson, Parler — which is named after the French word meaning “to speak” — has said it is a free speech platform, with much looser guidelines around what people can post to the site.

“Parler is a breath of fresh air for those weary and wary of the way they’ve been treated by our competitors,” Jeffrey Wernick, Parler’s chief operating officer, said in a statement. “Our growth is not attributable to any one person or group, but rather to Parler’s efforts to earn our community’s trust.”

Parler’s recent growth has been so staggering that thousands of users have complained about how difficult it was to sign up because of the logjam of people creating new accounts. Mr. Matze said in a letter to Parler’s community on Tuesday that the influx “strained our networks’ capacity and caused some glitches and delays,” but the site was fixing the problems.

Some new Parler users said the site was an alternative to extreme platforms like Gab, another social media site that has been a haven for racist memes and content. Andrew Torba, founder and chief executive of Gab, said in an email, “Jesus is King, speak freely on Gab.com.” He also sent a link noting that Gab had seen record user growth over the last week.

Others have gravitated to Rumble, a video site founded in 2013 that has emerged as a conservative YouTube. Rumble makes money in a variety of ways, including by running ads and selling its technology.

Chris Pavlovski, Rumble’s founder and chief executive, said the site had been on a “rocket ship” of growth since the summer — and even more so since the election. Representative Devin Nunes, Republican of California, and Mr. Bongino are on Rumble and have seen their audiences expand rapidly on the site, he said.

Mr. Pavlovski added that Rumble prohibits explicit content, terrorist propaganda and harassment. But he said it was largely not in the business of sorting out misinformation or curbing speech.

“I don’t want to pretend to sit here and know what the truth is or have the capabilities to know how to do that,” he said. On other platforms, he added, “people are not allowed to have debate anymore.”

Many people have also sought out further-right news publications. That has been a boon for Newsmax, a right-wing news website and television channel founded in 1998 by the conservative journalist Christopher Ruddy. Last week, Newsmax gained steam after Fox News called the swing state of Arizona in favor of Mr. Biden, incensing Mr. Trump’s base. (The New York Times has not called Arizona in favor of either candidate.)

Melissa Zepeda, 32, a Republican and a registered nurse in northern Mississippi, said she and several of her co-workers recently switched to Newsmax from Fox News after it showed “favoritism to Biden.” Newsmax has not called the election in favor of Mr. Biden, one of the few news outlets not to do so.

“So far, I like that they are non-biased, and cover a variety of information, not just the election,” Ms. Zepeda said.

Mr. Ruddy, Newsmax’s chief executive and a confidant of Mr. Trump’s, said viewership and social media interactions with his site have soared. The surge came partly from conservatives who were searching for a place where their opinions are represented, he said. He added that it was important for publishers to have ideological diversity.

“There’s a liberal echo chamber that’s pretty damn big,” he said. “Conservatives just have less options, but if they seek them out, they’re there.”

It might be too early to know whether a widespread, permanent shift away from major outlets will last, especially given the reach of Facebook, Twitter and Fox News. While conservative threats of mass migration away from mainstream apps and news have occurred periodically, people still seem to return to the biggest platforms.

Ms. Zepeda, a longtime Facebook user, said she would keep her Facebook account to maintain access to the pictures she’s uploaded over the years. But she expects to drop the social network as a daily destination, joining one of the many Facebook groups that are planning a “Mass Exit off Facebook to Parler & MeWe,” scheduled for Friday.

“I’m tired of the bias towards Democrats and liberals,” she said. 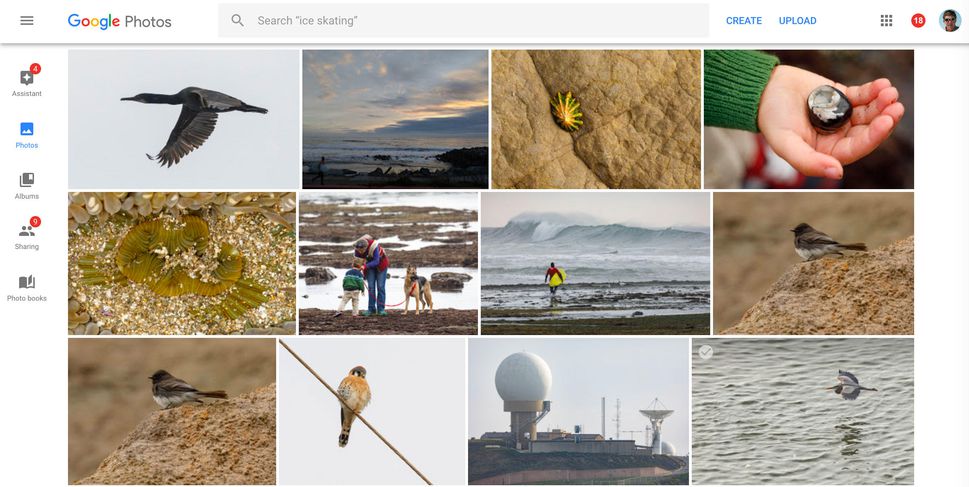 Screenshot by Stephen Shankland/CNET If you’re the kind of person who digitizes film-era photos, then painstakingly edits them with the actual date […] 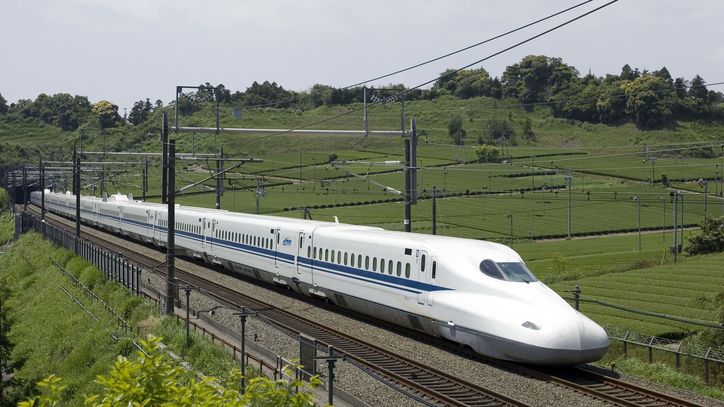 Surfliner Charger Though Brightline/Virgin Trains USA haven’t announced what rolling stock will be on their proposed Victorville-Las Vegas route, Siemens Chargers are […] 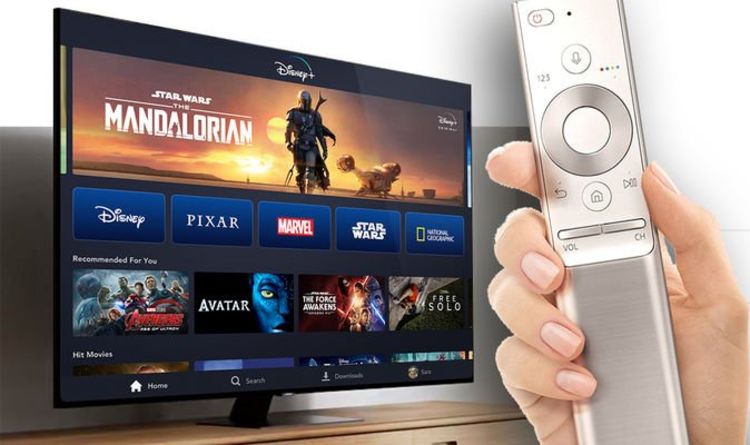 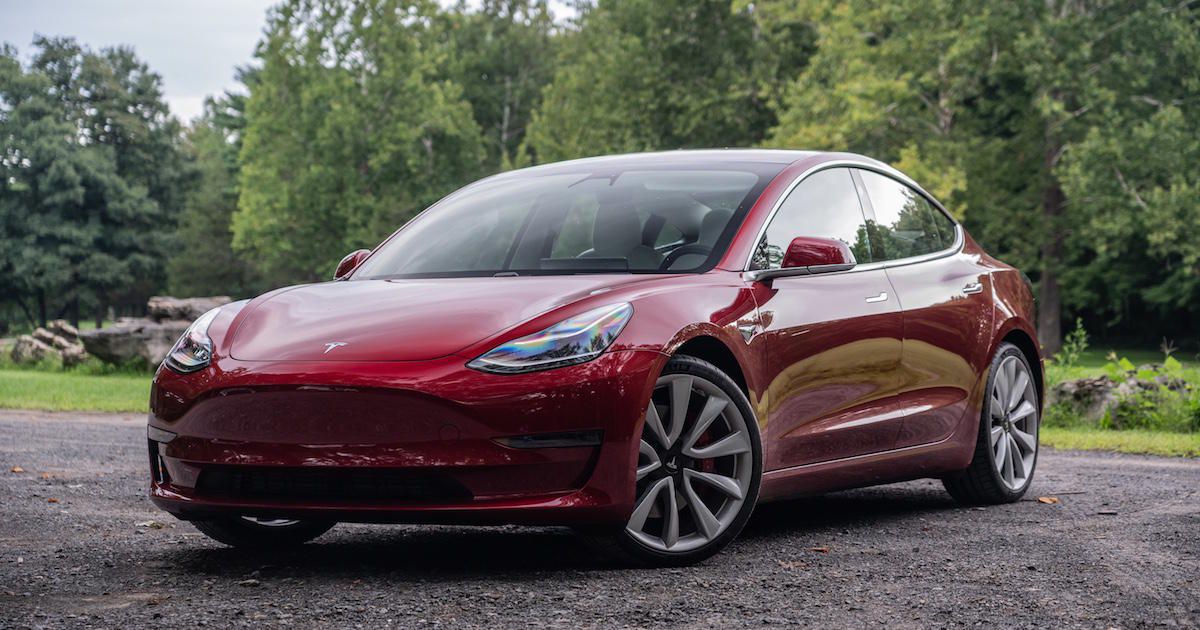 Tesla regularly updates its customer referral program with new perks, whether it’s a trip to SpaceX HQ or unique wheels that can’t […]