For nearly 50 years, the BMW 5 Series has stood as a midsize sedan that doesn’t scrimp on luxury while offering a pretty engaging drive along the way. Recent generations have perhaps pushed a bit further into luxury than “Ultimate Driving Machine” nerds might want, but taking a spin in the 2021 BMW 540i shows me that BMW is still emphasizing both parts of the equation.

Casual outside, comfortable inside

The latest generation of BMW 5 Series looks a bit anonymous, but I’d levy that judgment to every sedan the automaker produces — if you don’t have a sense of scale handy, they could easily be confused for one another. I’m all for brand recognition, and I’ll admit that my 540i tester looks a bit dressier than your average Fiver thanks to a bright Alpine White paint job, but the whole shebang isn’t exactly what I’d call evocative. It lacks the dramatics of the Genesis G80 or the Audi A6, but it’s not a problem exclusive to BMW — Mercedes is currently suffering from the same cookie-cutter design trappings.

The interior is on the snooze-button side of inspiring, as well, rocking the same design it’s had for years, save for a few tweaks here and there. But the real luxury doesn’t come from how everything’s laid out. Instead, I’m smitten with the 2021 540i’s cabin because it’s just so damn comfortable. The ventilated, massaging front seats ($1,000) are wrapped in dark brown Nappa leather ($2,500), which is soft to the touch and immensely cushy on longer drives. Combined with ample headroom and legroom in both rows, the 5 Series is clearly pushing a comfort-first agenda.

There’s some function to back up the form, too. The doors have suitably sized cubbies for holding straw wrappers and other random detritus, and while the center console’s under-armrest cubby is on the small side, having a wireless device charger (part of an $1,850 Premium Package) ahead of the cup holders means that space can be dedicated solely to masks, wallets, keys and whatever else is in my pockets. With 14 cubic feet of space, the 540i’s trunk is roomier than what the A6 or E-Class offer up.

There’s clearly a lean toward luxury when it comes to how the 2021 BMW 540i drives, but that doesn’t mean BMW has completely abandoned its rowdier roots. For the most part, though, my tester is most rewarding when the car’s myriad settings are placed in the standard Comfort mode. The adaptive dampers (part of a $3,200 package with active roll bars) do a great job soaking up Michigan’s manifold crappy roads while returning very little to the cabin. There’s an inherent feeling of solidity coming from the chassis — the ride is soft, but that doesn’t mean the whole thing is so loosey-goosey that the metaphors start moving nautical. It’s just very pleasant taking soft turns on long roads out in the sticks.

Should you be moved by a need for speed, I’d probably recommend moving to something more dedicated to that mood like the M550i, but there’s still a good bit of fun to be had in the 540i. Tapping the Sport button on the center console sharpens things up considerably. The variable steering ($3,300!) gets heavier, the adaptive dampers stiffen and the throttle response ratchets up. Body roll in corners dissipates, making it a surprisingly fun car to throw into corners, even though it’s certainly not a lithe little thing. It’s worth noting, though, that the fun I’m having commands at least $6,000 in options, so I can see why some folks might criticize the 5 Series for being a little too luxurious before boxes start getting checked off.

Under the hood is a 3.0-liter turbocharged inline-6 producing 335 horsepower and 332 pound-feet of torque, enough to push my all-wheel-drive tester to 60 mph in just 4.6 seconds. At most points on the tachometer, a squeeze of the throttle elicits a little extra exhaust noise and a whole bunch o’ torque, giving me the agility to do just about anything I need to do on a public road. The eight-speed automatic transmission is similarly smooth, swapping gears in both directions with minimal fuss or movement in the cabin.

There’s a hint of electrification in the 2021 BMW 5 Series, too. Six-cylinder models like this one carry a 48-volt mild-hybrid system. Its starter-generator can provide an additional 11 hp to help fill gaps in power delivery as needed, but its prime directive is efficiency. Stop-start sessions are longer and barely feel like anything at all when the motor kicks over, even when it shuts everything down below 9 mph. Brake regeneration is on the mild side, although it gets a little more aggressive in Sport mode; to be honest, I can’t really feel the point at which the regenerative and friction brakes start to mingle, which is a very good thing. All that efficiency-boosting goodness happens in the background with little for the driver to note.

Those extra electrons make the 2021 540i xDrive decently efficient, with the EPA estimating its fuel economy at 23 miles per gallon city and 31 mpg highway. As usual, I trend slightly lower in the city, but the 540i is a champ on the freeway, returning 31 mpg (or more) with very little conscious footwork on my end.

Sitting down in the 2021 BMW 5 Series feels just as technologically advanced as any other modern luxury car. Best of all, most everything seen on my tester is standard, from the 12.3-inch touchscreen to the 12.3-inch digital gauge cluster.

The main infotainment screen, which has grown from 10.3 inches in the past year, can be manipulated through its touchscreen or by using the iDrive dial on the center console. The system is easy on the eyes, impressively responsive (it boots very quickly from a cold start) and loaded with features like embedded navigation, Apple CarPlay, Android Auto, over-the-air updates and a 4G LTE Wi-Fi hotspot. The gauge cluster shows a permanent map free of street names, so it’s really only useful when you have turn-by-turn directions on. The left and right sides of the gauge cluster can show what’s playing on the radio and various other bits of information. Plunk down $1,850 for the Premium Package and you also get wireless device charging and a head-up display that further reduces distractions. It also adds iDrive’s gesture control, which is largely useless and distracting, especially when I make a hand motion that unknowingly changes the station or stops the music entirely.

On the safety front, everybody should be pleased. Every Fiver comes standard with forward collision warning, automatic emergency braking, blind-spot monitoring, automatic high beams and speed-limit information. This specific 540i also includes the $1,700 Driving Assistance Plus package, which adds adaptive cruise control with stop-and-go functionality, lane-keep assist and something called Extended Traffic Jam Assist. That last bit is interesting in that it’s an honest hands-off feature, albeit one that is only supposed to be used in traffic jams on limited-access highways in order to reduce tedium. It works well, creeping along with traffic while I nervously scan every vehicle in a half-mile radius to ensure nobody’s doing anything that might catch the system off guard.

Most of the major players in the 2021 BMW 5 Series’ segment are well known. The Mercedes-Benz E-Class leans a bit harder on the luxury angle, while those looking for more technology and a more unique appearance might want to consider the hard-edged Audi A6. However, there’s a new player in town: the 2021 Genesis G80. This Korean sedan is absolutely stunning as a pure luxury car, and it absolutely mollywhops the Bimmer on price, with fully loaded examples commanding about $69,000 (nice). It lacks the cachet of a Roundel on the hood, sure, but don’t throw the baby out with the bathwater just because its provenance isn’t Teutonic.

The 2021 BMW 540i xDrive isn’t just a luxury car. I mean, sure, that’s what it is — and when it comes to being luxurious, it excels — but it’s a bit more than a one-dimensional qualifier like that. With a few button presses, this straight-six sedan picks up a sportier nature that makes for quite an engaging experience if there are a few curves between Points A and B. 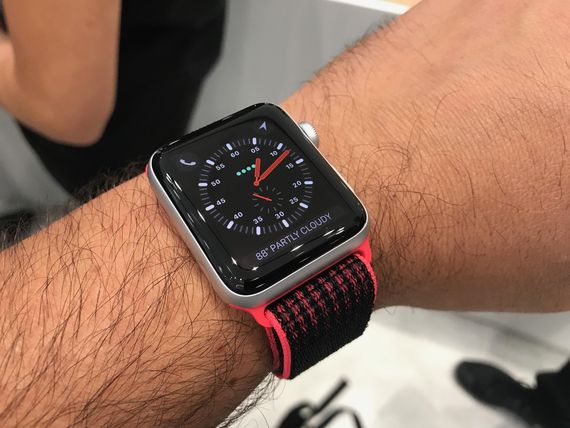 This time last year the forecast for wearables was gloomy. Research firm eMarketer had slashed its 2016 wearables growth outlook from 60 percent […] 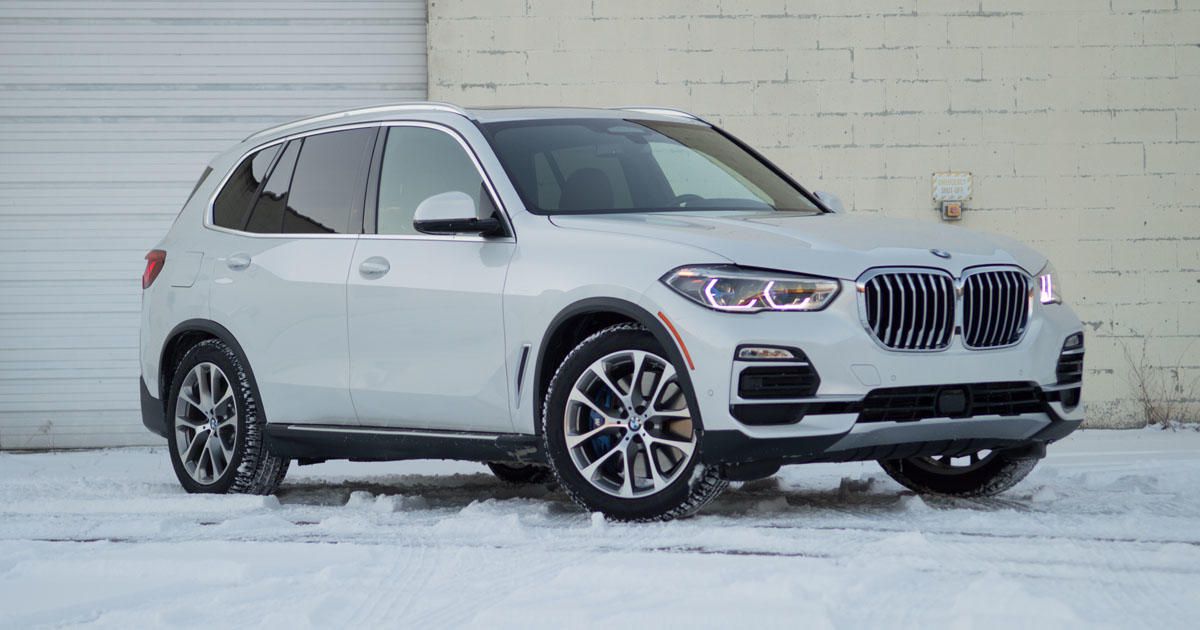 Pixel 2 has been subjected to a strenuous bend test by popular YouTube creator JerryRigEverything. And the second-generation Google-branded smartphone has not […] 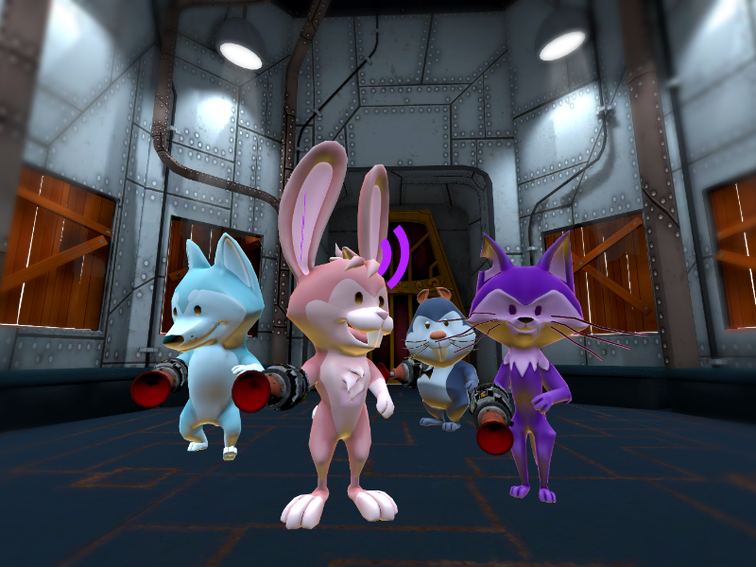