Islamist militants have beheaded more than 50 people, chopped up the bodies of victims and abducted women in a gruesome attack in Mozambique.

The bodies of dismembered victims were found scattered across a forest clearing on Monday after a football pitch was turned into an ‘execution ground’.

Villagers were caught and killed as they tried to escape the violence while another group of militants set homes alight during the attack on Friday and Saturday, it is believed.

The attack is the latest in a growing wave of jihadist violence in Mozambique by extremists linked to ISIS.

Islamist militants in Mozambique (file photo) have beheaded more than 50 people, chopped up the bodies of victims and abducted women in a gruesome attack in Mozambique

Some of the gunmen are said to have chanted ‘Allahu Akbar’ when they raided a village and abducted some of its women, while others slaughtered victims in nearby Muatide, according to BBC News.

As many as 4,000 militants are thought to be fighting against Mozambique’s government and other groups as the Islamists try to establish a ‘caliphate’.

‘They burnt the houses then went after the population who had fled to the woods and started with their macabre actions,’ a Mozambique police chief said, according to The Times.

Militants operating in the area had attacked several nearby villages the week before, looting and burning homes before retreating into surrounding thicket.

In one case, more than a dozen men and boys were beheaded by suspected jihadists during a male initiation ceremony.

‘Police learned of the massacre committed by the insurgents through reports of people who found corpses in the woods,’ said an officer in the Mueda district.

‘It was possible to count 20 bodies spread over an area of about 500 metres (yards),’ he added.

‘These were young people who were at an initiation rite ceremony accompanied by their advisers.’

An aid worker in Mueda said body parts had been sent to the victims’ families for burial.

‘Funerals were held in an environment of great pain,’ said the worker. ‘The bodies were already decomposing and couldn’t be shown to those present.’

The gas-rich northern province is home to $60billion worth of energy developments, but the region’s mostly Muslim inhabitants have seen little of the money and the area is feared to be a recruiting ground for extremists.

In March, ISIS claimed responsibility for an attack just south of some of the gas projects being developed by the likes of Exxon Mobil and Total.

The UK is thought to be providing a loan of up to £1billion for one gas pipeline project in the African country.

The militants have stepped up their offensive in recent months and violently seized swathes of territory, terrorising citizens in the process.

In April, jihadists shot dead and beheaded more than 50 youths for allegedly refusing to join their ranks.

ISIS has also warned South Africa that it could face retaliation from jihadists if it tried to intervene and shore up Mozambique’s government.

The unrest has killed over 2,000 people since 2017, more than half of them civilians, according to the US-based Armed Conflict Location & Event Data group.

Over 400,000 others have been displaced by the conflict and sought refuge in nearby towns and cities.

Around 10,000 people fled to the provincial capital Pemba via boat over the past week alone, Doctors Without Borders said Tuesday, raising concerns over access to clean water and sanitation.

Little is known about Mozambique’s jihadists, who call themselves Al-Shabab – although they have no known links to the group of that name operating in Somalia.

Whatever the age of the crater, its discovery serves as a reminder that Earth still has a few secrets up its sleeve. […] 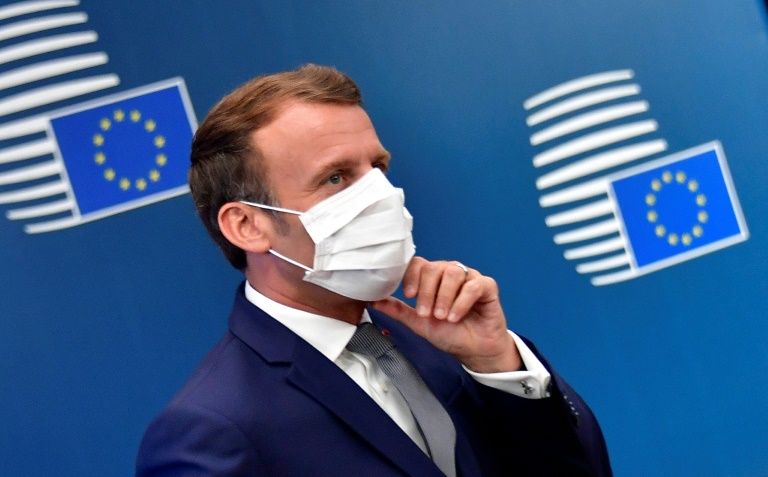