WASHINGTON — A Biden administration is likely to place more emphasis on Earth sciences at NASA and slow down the agency’s plans to return humans to the moon, and do so with a new person at the helm of the agency.

The Biden campaign declared victory in its presidential campaign Nov. 7 after multiple projections that Joe Biden would win Pennsylvania, giving the former vice president more than the 270 electoral votes needed to be elected president. The campaign of President Donald Trump has yet to concede, however.

With its declaration of victory, the Biden campaign has started to roll out its transition plans, including a website that outlines the incoming administration’s four priorities: COVID-19, economic recovery, racial equity and climate change.

While the transition site doesn’t explicitly state its plans for NASA, many observers expect it to play a role in that fourth priority, climate change. That stems from a line in the Democratic Party platform from July that states, “Democrats additionally support strengthening NASA and the National Oceanic and Atmospheric Administration’s Earth observation missions to better understand how climate change is impacting our home planet.”

“Managing the Earth’s ability to sustain human life and biodiversity will likely, in my view, dominate a civil space agenda for a Biden-Harris administration,” said Lori Garver, a former NASA deputy administrator during the Obama administration, in a Nov. 7 speech at the SpaceVision 2020 conference by Students for the Exploration and Development of space.

Garver, speaking at the conference at the same time Biden and his running mate, Kamala Harris, gave speeches marking their victory, didn’t predict how the new administration would implement those plans. “NASA is a national asset, and if properly directed and incentivized, we can make meaningful contributions to sustaining humanity,” she said.

Any emphasis on Earth science may come at the expense of the Artemis program. The Democratic platform endorsed “NASA’s work to return Americans to the moon and go beyond to Mars, taking the next step in exploring our solar system,” but did not explicitly back the 2024 deadline for returning humans that Vice President Mike Pence announced in March 2019.

“I don’t know anyone who thinks we’re going to get there by 2024,” Garver said. That skepticism, she said, is based on the limited funding allocated for the effort to date, with most of the nearly $30 billion needed to achieve that 2024 goal yet to be spent. “No matter who won, this was going to be an impossible goal.”

Other have raised similar concerns. “While there is a lot of excitement in Congress, there’s not always consensus about when, and what timeframe we should have to meet this Artemis goal,” said Sen. Maria Cantwell (D-Wash.), ranking member of the Senate Commerce Committee, in a Nov. 6 speech at a University of Washington conference. Doing so by 2024, she said, “would require an enormous amount of resources.”

“I think the 2024 deadline has always been a little bit iffy, just given the history of large-scale space projects,” said Wendy Whitman Cobb, a professor at the U.S. Air Force School of Advanced Air and Space Studies, in a session later at the University of Washington conference. “A Biden administration might feel a little bit better about letting that go a little bit.”

However, Garver cautioned that simply pushing out the deadline will not save money over the long run. “A transition team is going to have to wrap their heads around that,” she said.

A NASA transition team, formally known as an agency review team, for the incoming Biden administration has not started its work yet. The Washington Post reported Nov. 8 that the General Services Administration, which administers resources used in presidential transitions, had yet to sign paperwork authorizing the Biden team access to those resources.

“The transition teams really come in to see how things are doing and make recommendations going forward,” recalled Garver, who led the NASA transition team for the incoming Obama administration after the 2008 election. At that time, the focus was on the previous effort to return humans to the moon, the Constellation program, which was “off track,” she said.

“If people come in and Artemis is on track for this very small amount of money that they’ve received so far,” she said, “I would say go for it.” She acknowledged, though, that it was “a little hard” to envision a Biden administration continuing a program closely tied to President Trump. “I’m not making any predictions because anything could happen.”

A new administration is likely to mean a new administrator for NASA. Current administrator Jim Bridenstine told Aerospace Daily Nov. 8 that he believed he “would not be the right person” to lead NASA in the Biden administration, arguing that NASA should instead have someone in charge with a “close relationship” to the White House.

Bridenstine, confirmed by the Senate on a narrow, party-line vote in April 2018, has since cultivated bipartisan support, including winning over members of Congress who opposed his nomination. Some, particularly on social media, advocated for the incoming Biden administration to keep Bridenstine.

At the same time, though, there has been widespread speculation about who could succeed Bridenstine as administrator. Among the names circulated include Wanda Austin, former president and chief executive of The Aerospace Corporation; Pam Melroy, a former astronaut who later held positions at the FAA and DARPA; and Wanda Sigur, former vice president and general manager for civil space at Lockheed Martin. Another possibility is Rep. Kendra Horn (D-Okla.), chair of the House Science Committee’s space subcommittee, who lost her bid for a second term Nov. 3.

Also likely to depart the agency is Jim Morhard, the deputy administrator who was confirmed by Congress in October 2018. He did not explicitly discuss his plans in a Nov. 7 speech at the SpaceGen Summit by the Space Generation Advisory Council, but appeared to acknowledge he would be leaving NASA.

“Things are changing in the United States, we know that,” he said. “I’m certainly looking forward to the future and what comes next.” 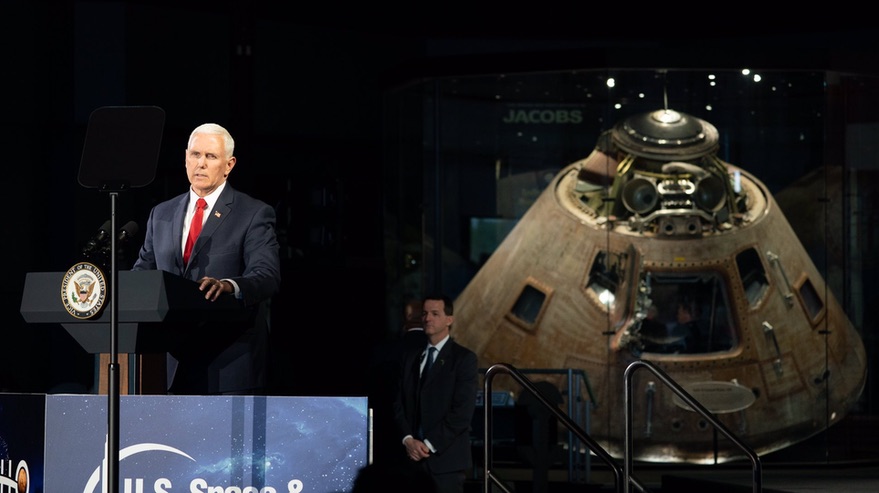 Updated 8:00 p.m. Eastern. WASHINGTON — Vice President Mike Pence directed NASA to return humans to the surface of the moon by […] 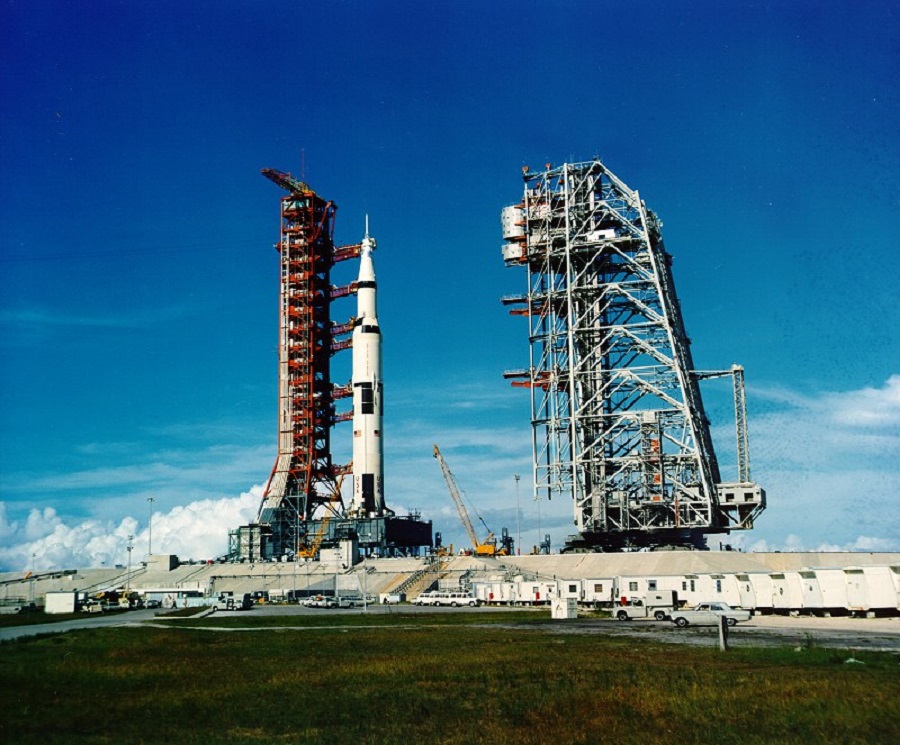 This op-ed originally appeared in the July 16, 2019 special Apollo 11 at 50 issue of SpaceNews magazine. History tells us that […] 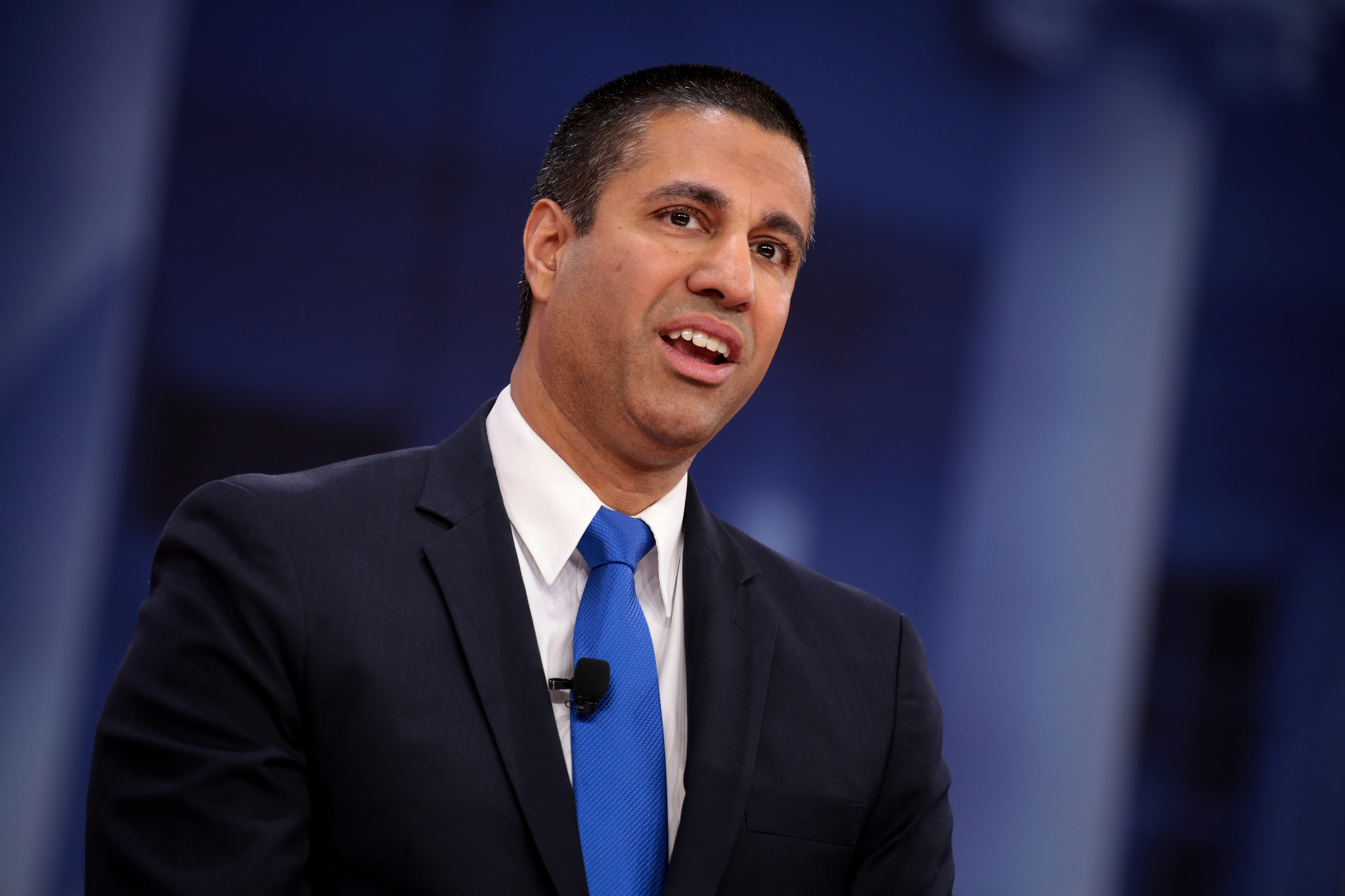 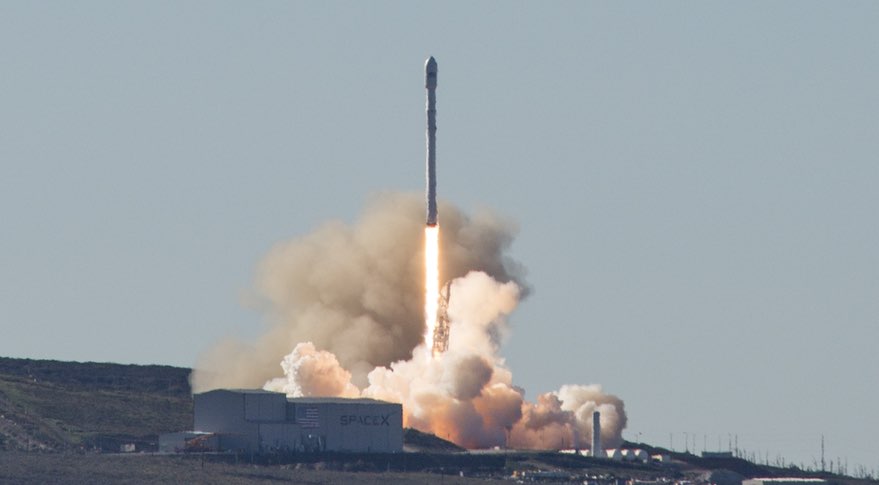