I remember watching Georgia play England at the 2003 Rugby World Cup at my local rugby club bar, struggling to see the screen above a crowd of men, all winter coats, half-drunk pints. Thousands of kids, myself included, idolised that team and wanted to emulate the flair of Jason Robinson or the precision of Jonny Wilkinson.

Twelve years later I would play my first game for the Georgia national sevens team, representing the country of my grandfather’s birth. I had a brief, blistering two years playing on the European sevens circuit for Georgia learning how important rugby is for this nation at the edge of Europe. Now, as Georgia prepare to play England next Saturday in the first of their Autumn Nations Cup matches at Twickenham, the shadow of their loss in 2003 has faded from view. Georgia is full of optimism about its future.

Ranked 12th in the world, two places above Italy, and chasing Fiji, Japan and Argentina, Georgia are known – and feared – for having, in the words of Eddie Jones, “the strongest scrum pack in the world”, with top European sides regularly recruiting their props from the seemingly endless conveyor belt of Georgian strongmen.

Georgians will tell you this prowess is culturally-rooted, a byproduct of rugby’s similarity to the game of Lelo Burti when two neighbouring villages must force a weighted ball to opposing ends of a field. There are almost no rules. It is pure physicality, a scrambled maul of bodily aggression and mental perseverance. It is no coincidence that Georgia’s team nickname today is the Lelos.

Rugby is deeply embedded. When I first arrived to play in Georgia, I was immediately taught the team’s motto: “Rugby is our game”. But despite this rugby-esque pedigree, Georgia face a developmental impasse. They have outgrown the Rugby Europe Championship (a kind of second-tier Six Nations) that they win each year and while the 50,000-strong crowd at the biennial match against Russia makes for a good spectacle they largely go unchallenged.

Fixtures against tier one teams are hard to come by, with only the World Cup or occasional Tests against Scotland or Italy offering a chance to suit up against the world’s best. Attempts to generate a promotion-relegation system in the Six Nations have not yielded results. The Autumn Nations Cup, then, when Georgia face England, Wales and Ireland over three consecutive weekends, is a historic moment.

What are the Georgians feeling? “Pressure and responsibility,” says Merab Sharikadze, Georgia’s captain, speaking from their Covid-secure training camp in Tbilisi. “Because a lot of people who have played for Georgia in the past, who have supported Georgia for years have been waiting for this opportunity. We are the ones playing in what others before us have worked for.”

This notion of continuing a legacy is strongly felt. Georgia have improved dramatically over the past decade, reaching a record third-place finish in their group at the 2015 Rugby World Cup under Milton Haig, who remains the coach. But without regular fixtures against the leading nations, such triumphs will remain one-offs.

“These games are not standard games for us,” says Sharikadze. “Sometimes you don’t even get the opportunity to play these kinds of teams at the World Cup and now we’re playing three or four games in a row against the best teams in the world.”

There will be benefits at club level, too. A strong professional league does not guarantee a championship‑winning national side, but international prominence certainly pays dividends domestically. Take Japan, whose successes at the 2015 and 2019 World Cups have played a hand in attracting some of the best players in the world – Sonny Bill Williams, Handré Pollard, Will Genia – to its domestic league. Georgia’s top league, the Didi 10, though popular at home, is not there yet but as Georgia develops this domestic‑international circuitry, the Autumn Nations Cup exposure will certainly help.

These Tests will not just provide Georgia with opportunities to improve but matches to win. In November 2017, Georgia lost to Wales by a single try; they can challenge the best. “Everybody knows we’re playing some of the best teams in the world, but we’re concentrating more on ourselves rather than the opponents,” says Sharikadze.

Georgia’s recent warm-up game against Scotland, however, which they lost 48-7, was a wake-up call. “Any mistake will cost us; much more concentration is needed. The speed and dynamics of the game are much higher,” says Levan Maisashvili, Georgia’s head coach.

It is a shame Georgia’s supporters living in the UK – in my experience some of the world’s best and definitely the loudest – will not fill Twickenham with their chants but Georgia’s inclusion in the tournament is due to Covid-related circumstances, replacing Japan, who dropped out citing travel complications. Great moments in history are so often made by happy coincidences and curious turns.

Shota Rustaveli, Georgia’s national poet, wrote: “What you hide away is lost, what you give away is yours.”

Georgia must not be cast aside after the autumn tournament’s conclusion, but bestowed upon the global stage. An investment in Georgian rugby means a more flexible, inclusive and competitive game for all.

Women’s tennis in 2017 has been an entertaining affair, with no one player being able to establish themselves as the best in […] 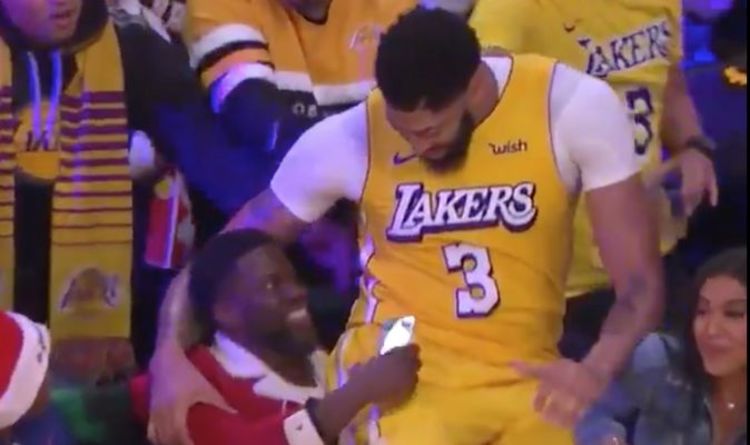 Stripped of context, the idea is a noble one. In reaction to the anti-racism protests across the US, the NBA will allow […]