The Fiver is acutely aware that we’ve been yammering on a bit too much recently about Manchester United and Ole Gunnar Solskjær and Frank O’Farrell and Herbert Bamlett’s 12 defeats in a row in 1930 and all that. Sorry. But just look! What can you do? Ten players in the attacking third, your £80m central defender at the far post waiting for a ball from a £50m right-back who can’t cross, your left-back on the right-hand corner of Istanbul Basaksehir’s six-yard box, and your last man, who at the best of times moves around the pitch with the speed, power and athletic grace of Withnail, loitering 20 yards inside the opponents’ half. Just look!

Hats off to Ole, though, because nobody ever thought it possible to make Kevin Keegan look like the freak result of an overly ambitious genetic experiment utilising the genes of Karl Rappan, Helenio Herrera and Otto Rehhagel. But he’s managed it. Nobody thought Demba Ba would ever score a funnier, more gut-clenching and trouser-bothering goal than the one involving $tevie Mbe, either, but here we are in the laundrette again. It’s one hell of an achievement. “It is my responsibility,” Ole says, perhaps unwisely drawing attention to himself during a week which has seen Mauricio Pochettino popping up on telly.

Former captain Rio Ferdinand was also on the box, telling the tens who regularly tune in to BT Sport that such was the absurdity of the lapse, it should lead to fisticuffs in the dressing room, preferably instigated by the manager. We paraphrase, but only slightly, we’re really not using much artistic licence here. Asked whether United’s abysmal form might cost him the gig, Solskjær declined to comment. “You have to stay strong. I’m employed to do a job by the club and I do it to the best of my ability.” Again, given the circumstances, not the smartest choice of words, and unless his team showcase a coherent strategy against Everton this Saturday, finally, at the 102nd time of asking, he could be out the door. Should the worst happen, he’d become the first United manager to leave without any silverware whatsoever since the aforementioned O’Farrell. The oft-referenced Bamlett didn’t win anything either. Apologies yet again, but what can you do?

“When attempting to rationalise my actions, I believe it was the combination of the empty road, with no other vehicles to gauge my vehicles speed against, and the misapprehension that I was travelling kph rather than mph” – Mesut Özil makes his excuses in a written apology to Bromley magistrates as to why he was caught doing 97mph on the M1 in July. The Arsenal outcast pleaded guilty to speeding and will be sentenced next month.

Football Weekly Extra is right here for you. Also, tickets are available for this on Monday.

“Mark Jones reports that Tony Cascarino doesn’t want to be seen as a dinosaur or a ‘Cascasaurus’ (Fiver letters passim). Perhaps that’s better than being regarded as cascarenite – a sedimentary rock with a high content of dinosaurian eggshell fragments (basically stuff that’s fallen from a dinosaur’s bum and been trampled underfoot. And, yes, I do know that it’s technically a cloaca, not a ‘bum’)” – Tony Thulborn.

“I’d nominate Barry Ferguson, who after this piece of naughtiness would qualify as a Doyouthinkit-saurus” – Paul Dixon.

“If you thought defending is going the same way as democracy and dignity (yesterday’s Fiver), I think Manchester United’s performance in Turkey might be the comet-hits-Earth moment that it went extinct altogether. If you’re dinosaur themed week is to highlight one species above all others it is surely Defendrosaurus Maticodeinos (which translates roughly as a terribly slow-moving monster thrown into an altered landscape and totally unable to survive as a species)” – Justin Kavanagh.

Send your letters to [email protected] And you can always tweet The Fiver via @guardian_sport. Today’s winner of our prizeless letter o’the day is … Paul Dixon.

The Premier League’s dismal pay-per-view model is likely to be ditched after this weekend’s matches. Pay up for Brighton v Burnley while it’s hot. Oh.

Championship leaders Reading were thrashed 3-0 at home and Watford came from behind to beat Stoke 3-2 – it’s all in our Championship roundup.

And we did one for Big Cup as well, with nine-man PSG imploding away at Leipzig.

Barney Ronay on the juggernaut that is Bayern Munich.

Settle in for a Big Website long read on why athletes choke.

Daniel Gray celebrates the joy of an indirect free-kick inside the penalty box. 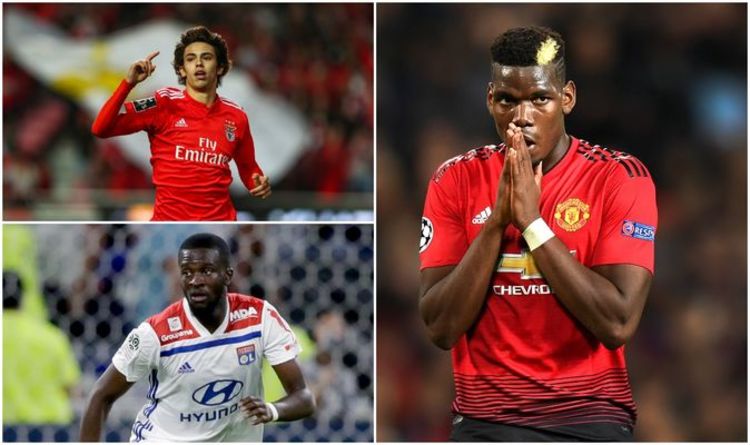 The dust sheets are off, some engineers in overalls have hit various bits with a large spanner and the giant lever has […]

Iñaki Williams had just begun the long walk to the bench when he heard something. There were 20 minutes left and Athletic […]

(Reuters) – Kaille Humphries, who switched competitive allegiance from Canada in September, triumphed in her World Cup debut for the United States […]