Skip to content
The President’s final act of the campaign threatens to rock a surreal election at a destabilizing moment in history, with the US battling a once-in-a century public health crisis, a consequent economic slump and embroiled in an unresolved racial reckoning. But the massive turnout already and the potential of new records being set on Tuesday suggest voters are taking their civic duty extraordinarily seriously.
Trump told reporters that a Supreme Court decision allowing Pennsylvania to count mail-in votes that arrive up to three days after the election would lead to cheating at a “very high level” and was “very dangerous.” In a later tweet, tagged as possibly misleading by Twitter, Trump warned it could “induce violence in the streets.” At a rally in Wisconsin he claimed the decision could “put our country in danger.”
Build your own road to 270 electoral votes with CNN’s interactive map
Trump’s insistence that the result of the election must be known on election night has no basis in fact. History has witnessed plenty of elections in which it has taken several days to count and tabulate all of the votes. In 2000, it took until mid-December for the disputed race between George W. Bush and Al Gore, which ended in the Supreme Court, to be decided. Biden closed his campaign in Pittsburgh, slamming Trump for running up the “white flag of surrender” to a pandemic that has killed more than 230,000 Americans and over his hint he may fire Dr. Anthony Fauci, one of the world’s most respected infectious diseases specialists.

“I have got a better idea: Let’s fire Trump and I will hire Fauci,” Biden said at a drive-in rally where he said he was headed for victory on Tuesday.

Biden goes into Election Day with a wide lead in national popular vote polls and a narrower edge in tightly fought states that gives him several viable paths to the 270 electoral votes needed to win.

The President, perhaps seeking a good omen, ended his campaign, as he had in 2016 with a late night rally in Grand Rapids, Michigan. He spent time relieving the election night of four years ago and predicted an even better evening on Tuesday.

“We are going to have another beautiful victory tomorrow,” Trump said.

“We are going to win the state of Michigan so easy,” said the President, before going on to tout the “incredible” job he had done in handling the pandemic and listing a litany of complaints about the Russia investigation, former FBI director James Comey and Capitol Hill Democrats.

Trump must run the table in a string of states he won in 2016 such as Arizona, Florida, North Carolina, Texas and Ohio to set up a showdown in Pennsylvania and the Midwest, where Biden is trying to rebuild the Democratic “blue wall.”

The President’s campaign is predicting he will get a massive Election Day turnout that will confound the polls and pull off what would be an even more incredible come-from-behind victory than he managed over Hillary Clinton.

But the President is further behind Biden in key contested states than he was four years ago and he must win nearly all of them.

The President’s latest attempts to cast doubt on the integrity of the election followed his previous warnings that if he loses it will be fraudulent, and his false claims mail-in voting is corrupt. Those claims came against the backdrop of Republican efforts to challenge votes and to make casting a ballot harder.

A second Texas judge, this time in federal court, ruled on Monday against an effort by a group of Republicans to invalidate 127,000 votes cast at drive-in locations in Harris County — a Democratic power base in a state Biden believes he can peel away from the President.

Trump’s campaign has signaled he may declare victory on Tuesday night if he is ahead in sufficient states — even though millions of votes sent in by Democrats may be uncounted. Biden’s campaign insists the state of the race is such that it will be impossible for the President to emerge as the winner on Tuesday owing to extended vote counts.

While Trump was trying to invalidate the election, nearly 100 million American voters who have already cast early and mail-in ballots braved the pandemic to fulfill their duty as citizens and to cast a verdict on the most disruptive and divisive presidency of the modern era.

In a remarkable show of voter energy, some states, including battlegrounds Arizona and Nevada, have already exceeded their entire 2016 turnout totals before Election Day. If another 50 million or so show up to vote Tuesday, the United States could shatter its record for total votes, set four years ago.

Tuesday’s election is a pivot point in history for America. Trump is likely to become even more unrestrained if he wins a second term in office and has largely given up fighting the worst public health crisis in 100 years in favor of an aggressive effort to get the economy back firing on all cylinders.

He is running on a platform of prolonged outsider hostility to Washington, touting his success in putting three new conservative justices on the Supreme Court and boosting military spending and cutting corporate and personal taxes.

“For the last four years, the depraved swamp has tried everything to stop me … but they know, I don’t answer to them, I answer to you,” Trump told voters during his final campaign sprint.

Biden is vowing to restore compassion and moral leadership to the White House and to attack the pandemic that has killed 230,000 Americans, head on, while aiming to restore the “soul” of a nation whose racial and social divides have been exploited by Trump. The veteran Democrat says he will only raise taxes on Americans who earn more than $400,000 a year and is pledging to save Obamacare, which faces its latest date with destiny before the Supreme Court next week.

The final day of the campaign saw Biden make a play for Ohio — a state that Republicans were sure was safe for Trump — with a trip to Cleveland, where Democrats feel a heavy minority turnout could swing the state his way.

Trump traveled through North Carolina, Michigan, Pennsylvania and Wisconsin. He held his penultimate rally in Kenosha in the Badger State, a city that was rocked by protests after the shooting of Jacob Blake in August by police. Trump renewed his culture war rhetoric and hardline claims he would restore law and order.

“They are waging war on our police,” Trump, who was wearing a red “Make America Great Again” cap and a coat to ward off the cold, said of Democrats. He also claimed that Biden’s supporters would “loot and riot tomorrow if they don’t get their way.”

Democrats also sent former President Barack Obama on a mission into Georgia, another state Trump won in 2016 but which Democrats think they can grab back from the GOP for the first time since 1992. Obama slammed the administration for wanting to fire the one person, Fauci, who could help end the pandemic. 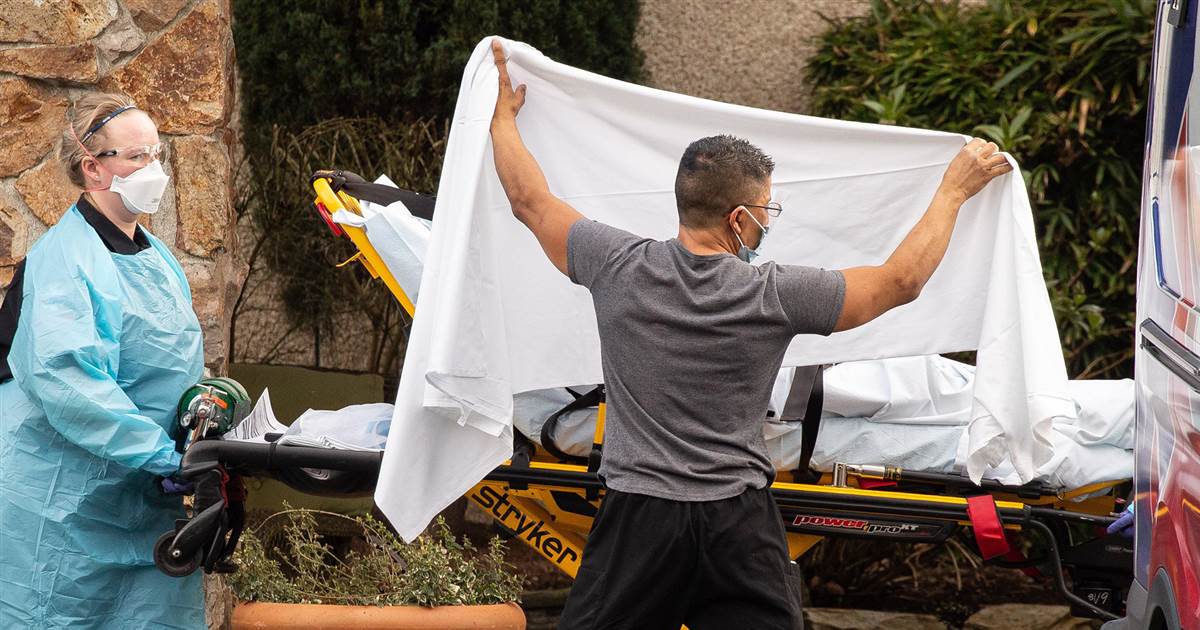 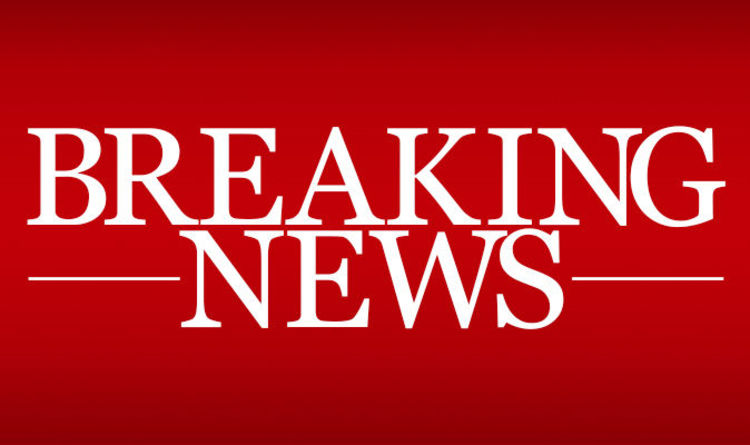 The attack in Russia’s Dagestan in the Caucasus also injured four other people. A gunman opened fire at a festival outside a […] 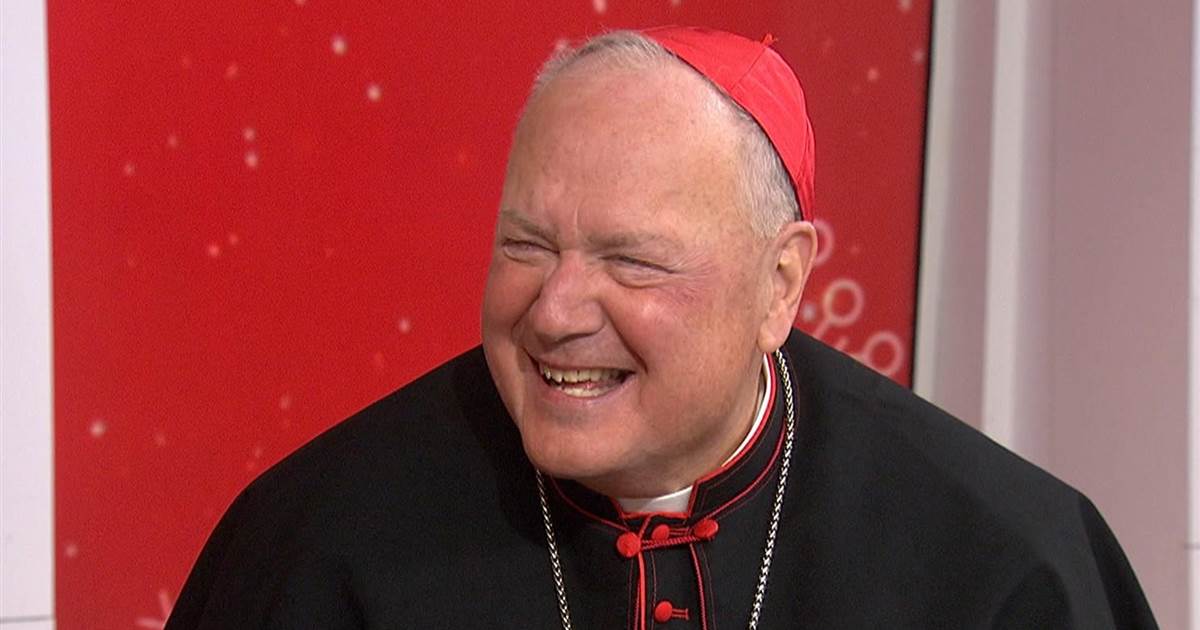 Cardinal Timothy Dolan, the archbishop of New York, sits down with Savannah Guthrie and Hoda Kotb to share his Christmas message and […]