Having a friend who owns a station wagon is like having a friend who’s a vegan or who owns a rescue dog: You’re never going to hear the end of it. The era of crossovers has given these low-slug longroofs new life among a small but vocal subset of automotive fans who want you to wake up and realize that not everybody needs a sun-blotting SUV. The 2021 Audi RS6 Avant is treated like a demigod in this circle, and for good reason: It combines ample storage and enough torque to affect plate tectonics in a package that makes for one of the most compelling daily drivers for sale today.

There’s no mistaking the RS6 Avant for anything else. The body is low and long, really hammering home that battleship metaphor thanks to the no-cost Nardo Grey paint color and the $6,350(!) Carbon Optic package that replaces all hints of exterior chrome trim with carbon fiber. This pack also adds 22-inch alloy wheels that fill the wheel wells amply. Combine that with some impressively fat rear fenders and you’ve got a wagon that out-sinisters even its closest rival, the Mercedes-AMG E63 S. I’m not a fan of the protruding rear diffuser, but that gripe extends beyond the wagon to its hatchback sibling, the RS7, as well.

Where there’s bark, there’s… more bark. Slipping down into the RS6 Avant’s standard sport seats, I push the start button on the center console and half the neighborhood is smacked in the face with a bass-heavy roar of a cold start, thanks in part to my tester’s $1,000 sport exhaust upgrade. Even though the body looks glued to terra firma, there’s just enough ride height here to escape a scrape from my steep driveway as the exhaust announces my departure with enthusiasm, despite the twin-turbocharged V8 never spinning over 2,500 rpm. Whether the pipes stay in their standard mode or are opened up a tad in more aggressive profiles, there’s never a lack of noise emanating from under the cargo area. It’s great.

The RS6 Avant’s standard multimode air suspension is impressive in its ability to change the car’s character. At its most compliant, the RS6 should keep the whole family comfortable, and I wager that the stock 21-inch wheels do an even better job here — the 22s and their 285/30-profile Pirelli P-Zero summer tires make for a ride that’s on the stiff side, although not punishingly so. Throw the car into Dynamic mode, though, and the solidity increases, all but eliminating body roll and giving the RS6 a surprising amount of agility for a car this size.

Turbocharged V6s might get a lot of attention nowadays, but the V8 ain’t done yet. Packing 591 horsepower and 590 pound-feet of torque in the RS6 Avant, this eight-pot produces forward motion like an EDM concert in the forest provides good vibes. Let the eight-speed automatic transmission quickly kick its way down to the appropriate gear (best done on its own, even though shift paddles are standard) and the car will dart toward the horizon, bouncing its perennially thunderous exhaust note off every flat surface in earshot. There isn’t much in the way of overrun between shifts or while decelerating, but that’s fine, you can’t win ’em all.

It’s clear that the RS6 Avant would be best utilized on a German autobahn, pushing the speedometer needle into the region of silly numbers while returning a sufficiently smooth ride. On tight, curvy forest roads, this wagon almost feels like too much car. It’s almost as wide as a single lane. It wants to accelerate until it runs out of gas. It’s this kind of hard-to-wrangle attitude that gives this RS-badged vehicle some of the character that feels lacking in the automaker’s other performance models, which feel so thoroughly sanitized that you wonder if those cars weren’t built by robots, for robots.

Don’t act surprised when I say the RS6 Avant is one thirsty wagon, with the EPA estimating just 15 miles per gallon city and 22 mpg highway — the same as the less capacious RS7. While the V8 can deactivate half its cylinders under light loads, which can push instantaneous mileage to the 30-mpg mark, I find my highway economy only slightly higher than what the feds can muster, with my city economy falling closer to about 12 mpg.

Audi’s interiors are pretty corporate, so if you’re familiar with one of the newer ones, odds are you’ve got a good lay of the land for the whole lineup. My tester sports $500 carbon fiber inlays with a matte finish and actual texture, which is a nice departure from the ultra-glossy SEMA crap. A $2,500 Executive Package puts soft Nappa leather just about everywhere, from the dashboard topper to the center console trim. The whole shebang coalesces nicely, feeling quite expensive while still maintaining a racy appearance. There’s ample lateral support in the front and rear seats, and the red deviated stitching adds some extra character.

Both rows offer up tons of space and visibility, and the cargo area’s 30 cubic feet of storage space trumps the RS7’s 24.6 cubes while nearly tying the two-row Q8 SUV. See? You can have your cake and eat it while simultaneously transporting several other cakes with room to spare.

Audi loves itself some screens, and thankfully, those screens are easy to love. The company’s MMI infotainment system lives inside the 10.1-inch touchscreen on the dashboard, and while it might take some time to get used to the effort required to click each tile, the tech is responsive and easy on the eyes. A 4G LTE Wi-Fi hotspot is included, as are Apple CarPlay and Android Auto. Two USB-C ports hang out under the center console armrest, in addition to a wireless device charger that uses the wagon’s own antenna to boost a phone’s signal. Just below the main screen is an 8.6-inch display that covers climate control and seat settings — again, finger presses require some weight, but the haptic feedback feels nice with every push.

The gauge cluster is a screen, too. Audi’s Virtual Cockpit puts just about every usable piece of information in front of my face, and I can change parts of the screen to display even more, whether it’s a Google Earth-style map or the current power and torque outputs from the engine, with some RS-specific designs for the tachometer. The Executive Package also includes a head-up display, in case I want to save my eyes from moving two extra inches to see what gear I’m in. Virtual Cockpit is adjusted using steering wheel switches, so distraction is kept to a minimum.

Some performance cars don’t even offer safety systems, but the RS6 Avant is rife with ’em. Standard save-your-butt tech includes automatic emergency braking and regular cruise control, but the $2,250 Driver Assistance Package beefs things up with adaptive cruise control, traffic sign recognition, lane-keeping assist and rear cross-traffic warnings. The driver assists are mighty smooth, but it’s hard to willingly give up control of such a fun car, even in the tedium of a daily highway commute.

Unsurprisingly, the 2021 Audi RS6 Avant is an expensive proposition, starting at $110,045 including destination, with my tester’s numerous options pushing the window sticker north to about $123,000. The only real bummer with its configurability is the inability to pair the smaller 21-inch wheels with any of the black-exterior-trim packages, which would remove some of the ride’s inherent stiffness while maintaining its more aggressive countenance. I’d probably spec an RS6 Avant exactly like it is here, though.

The RS6 Avant has a single competitor in the US: The Mercedes-AMG E63 S Wagon, which costs a little more and produces a little more power while returning quicker acceleration figures (3.0 seconds to 60 mph versus the Audi’s 3.5) and offering a few extra cubes of cargo capacity. That said, the Merc’s aesthetics are far more subdued inside and out, so it’s mostly a manner of personal taste, especially at this price stratum. If you really dislike wagons for some reason, there’s always the RS7, too.

Fast wagons are few and far between, and the RS6 Avant is usually relegated to forbidden fruit status in the US, so consider this one a special treat. With performance chops to spare and a properly luxurious interior that can hold more than you’d expect, there’s a good reason why people fawn over the RS6.  If you aren’t quite ready to embrace the crossover life, this middle-grounder presents a hard opportunity to pass up. 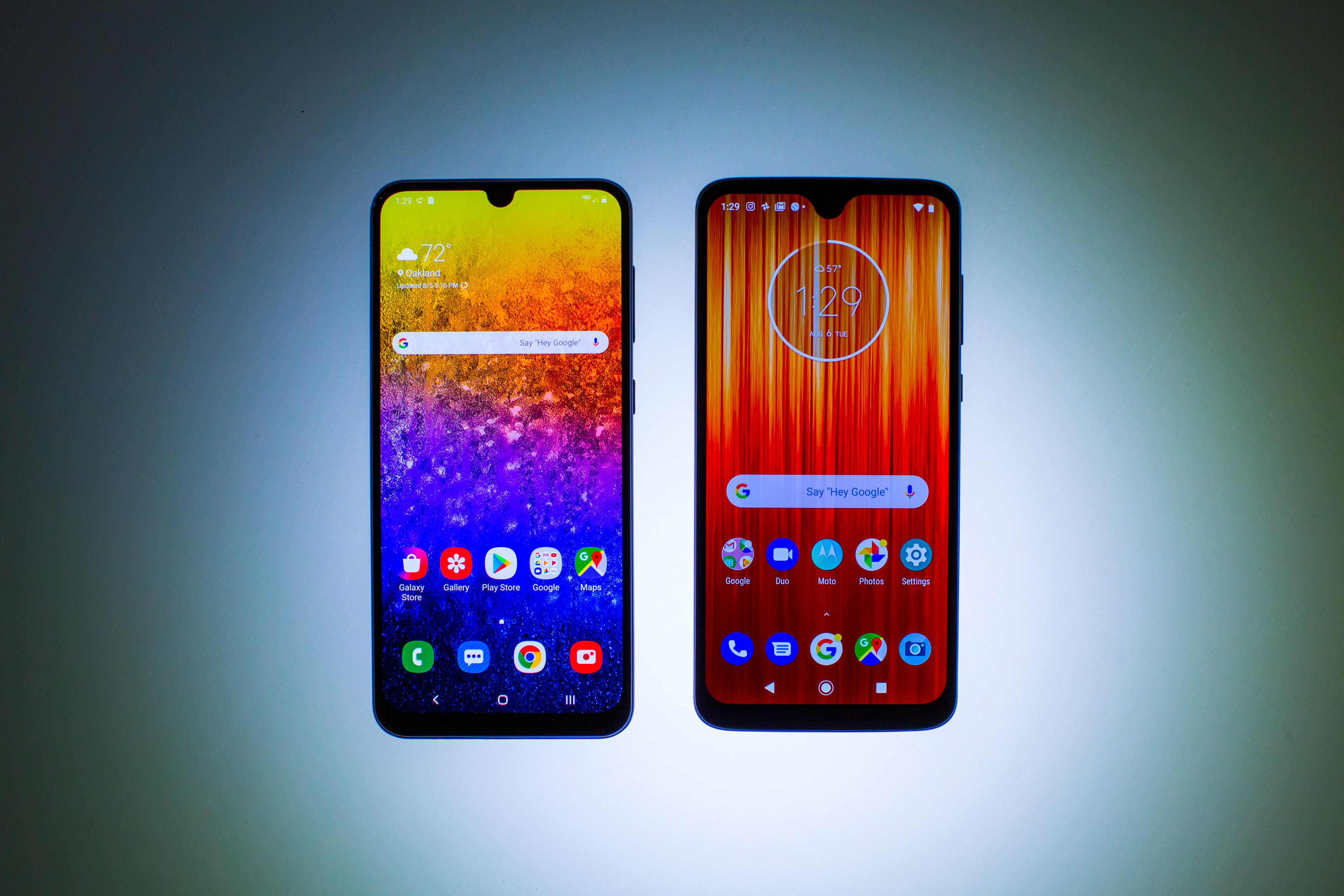 The Galaxy A50 is one of nine (!) notable Galaxy phones that Samsung released this year — a family that includes the […] 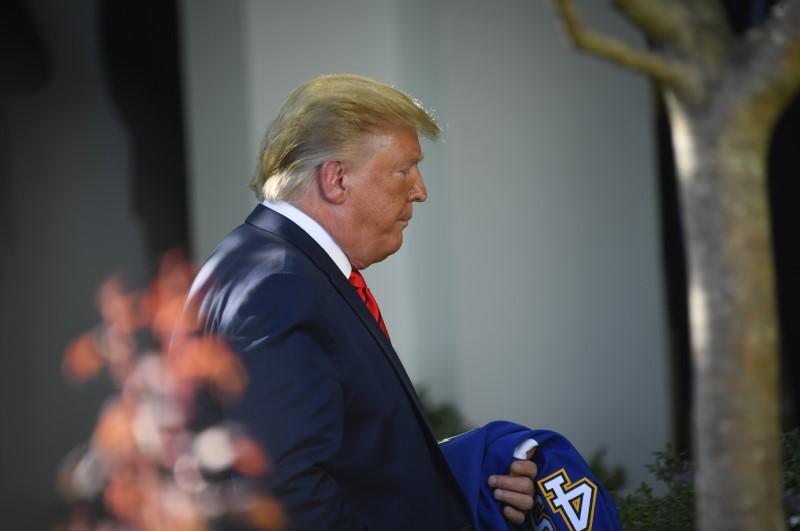