When it comes to outfitting a new gaming PC, finding a cheap graphics card deal can make or break your budget. Major graphics card price drops don’t happen often, and when they do, it’s often when new, better cards are coming out, making stock of the old, cheaper stuff difficult to find.

Even when the rare golden deal pops up, it’s likely to sell out quickly. Cheap graphics card deals are hard to find, which makes it that much more satisfying when you manage to snag one.

The graphics card can easily be the most expensive component in your PC, which is why we’re keeping our eye out for the best deals we can find every week. The money you save with a cheap GPU deal can go towards picking up the best CPU instead, or an awesome gaming keyboard and mouse. Or you can splurge on a higher-end GPU than you’d planned on by finding a deal that cuts its price down a notch.

If you’re not sure what kind of graphics card you want as you go deal hunting, before checking over the cheap graphics card deals below, consult our GPU hierarchy and guide to the best graphics cards for PC gaming.

Today’s cheapest prices on all the best graphics cards:

Ray tracing no longer a sacrifice

Okay, right now the RTX 3080 is rare as pigeon eyelashes, but there is no doubt Nvidia’s new RTX 3080 is the best graphics card today. It represents a huge generational performance boost over the previous RTX 20-series. That’s impressive when put up against either the RTX 2080 or 2080 Super, but when you consider that this nominally $699 card can not just match, but massively outperform the $1,200 RTX 2080 Ti it really hits home.

The thing which really stands out from our testing is the difference it makes to ray tracing performance. The first generation of ray tracing-capable cards required such a huge frame rate sacrifice that most people shied away from turning it on, but that’s no longer the case with this generation.

When you can now get ray traced performance that exceeds the frame rates you’d get out of the top card of the RTX 20-series when running without it, you know that this is a whole different beast.  And hey, the RTX 3080 can actually run Crysis.

Nvidia has managed this by adding a whole load more CUDA cores to the mix in this 8nm GPU, as well as updated Tensor Cores (for extra DLSS goodness), and second-gen RT Cores to make with the ray traced pretties.

Outperforms a GTX 1080 Ti for less

The RTX 2070 Super is the fourth tier Turing card in the current, incredibly packed Nvidia GPU stack, but for our money, it’s the card we’re happiest recommending to anyone building a 4K gaming PC. It’s essentially a better version of the GTX 1080 Ti from the last generation, for less cash and with more future-proofing potential.

It’s also incredibly close to the performance of the far more expensive RTX 2080, mostly because it’s rocking the same Turing TU104 GPU at its heart. That makes it an entirely different card to the standard RTX 2070 and much better for it; the Super is, therefore, essentially an RTX 2080 Lite. But that name sounds stupid, not like ‘Super.’

The RTX 2080 and RTX 2080 Super are both faster graphics cards. Still, unless you can find one for near the $500 sticker price of the RTX 2070 Super, I couldn’t recommend them to anyone with a passing interest in their continued financial stability. The extra $200 they demand on top of the RTX 2070 Super price simply doesn’t deliver enough extra performance, even at 4K, to make either a must-have upgrade.

And the fact that the RTX 2070 Super can nail impressive 4K gaming performance on reasonably high settings makes it a great-value high-end GPU, and one of our current favorites. Sure, you’re not going hit 60fps on Ultra Super Mega settings every time, but you’ll still be able to pay the rent and game at 4K. Did we mention that DLSS 2.0 is good? Yeah, that.

The best 1440p graphics card… with a little work.

Will outperform an RTX 2060 Super

I love AMD’s RX 5700. The Navi architecture, with its new, gaming-focused RDNA core, has delivered team Radeon a GPU generation that can genuinely compete with Nvidia’s graphics cards, and not just on a cost basis. And it’s the first time that has happened in a long while. While we wait for the oft-rumored RDNA 2 ‘Big Navi’ cards to arrive, the RX 5700 and RX 5700 XT, are the top of the GPU stack for AMD.

But, as is often the way with Radeon cards, it’s the lower-cost option, which is the one we recommend. In truth, it’s not far off the performance of the XT card out of the box, but with a hard limit on its clock speeds, AMD has deliberately hobbled the standard RX 5700, so it doesn’t embarrass the top card.

And then it performs just as well as it’s a more expensive sibling, outperforming the RTX 2060 Super and delivering excellent 1440p gaming performance. There were some issues with AMD’s Navi drivers early on, however, and while I used an RX 5700 since launch and not had any trouble, those issues have mostly been squashed now with a recent AMD driver update, making the RX 5700 one of the best graphics cards around right now.

This is precisely what AMD set out to create: the best graphics card for 1080p gaming. Though its final form isn’t exactly what the red team set out to create, a last-minute firmware update bumped up the clock speed and memory performance of most RX 5600 XT cards, mainly because Nvidia chose that time to drop the price of its OG RTX 2060 down to $300, and without that the RX 5600 XT would have been effectively DOA.

That ‘most RX 5600 XT cards’ bit is important when it comes to picking which of the manufacturer’s cards to go for, however, as not all GPUs received the upgrade to both clock speed and memory performance. It’s worth checking the downloads section for any card you’re looking at to see if it’s had the BIOS update to 14Gbps and higher GPU frequencies before you drop your cash.

When you can pick up an RX 5600 XT for its original, sub-$300 price tag, however, it becomes the one to go for. AMD’s Navi GPUs have made a real impression on the market, and it’s going to be exciting to see what the higher-spec Radeon graphics cards can deliver later in the year.

Yet there is still a case to be made for Nvidia’s GTX 1660 Super. If you really can’t spend more than $250 that will generally put the RX 5600 XT out of reach, but the GTX Turing card is excellent value and can still deliver great 1080p performance. Though not quite at the same level as this AMD card.

The Nvidia GTX 1660 Super was a pre-emptive strike against AMD’s RX 5500 XT and effectively killed it. For only a little more cash (sometimes there’s nothing between them), the upgraded GTX 1660 easily tops it in gaming performance. It also highlights just how much memory matters in this middle order of the best graphics cards.

The GTX 1660 Super is one of four 16-series cards to use the same TU116 GPU and does indeed use the same chip as the original GTX 1660. The only difference is that it’s been paired up with GDDR6 memory as opposed to GDDR5. That makes it considerably quicker than the standard card and, because it’s using the higher performance 14Gbps VRAM, it can perform at practically the same level as the more expensive GTX 1660 Ti despite having less actual GPU logic inside its chip.

This means that as well as knocking out the RX 5500 XT, it also committed a little light fratricide on its GTX 1660 and GTX 1660 Ti brethren too.

Nvidia’s GTX 1650 Super is empirically the best value graphics card on the market today. That’s if you take a straight cost/performance look at its 3DMark Time Spy score as an industry-recognized benchmark of gaming prowess. Often for less than $200, you’re looking at a graphics card able to deliver impressive 1080p frame rates at even the highest in-game settings.

It’s even surprisingly capable at 1440p too. However, you’ll need to knock back some of the more demanding fidelity options to achieve a silicon smooth gaming experience at that heady resolution.

As has become a familiar refrain with regards to Nvidia’s deployment of the Super series of GPU updates, the GTX 1650 Super is more a GTX 1660 Lite than it is a GTX 1650. It uses the same TU116 GPU as the rest of the GTX 1660 cards, but there are already three of them, and it’s confusing enough sorting between those as it is. With the switch in GPUs, the GTX 1650 Super has more cores than the straight GTX 1650, and it comes with GDDR6, something the standard card has only received recently. 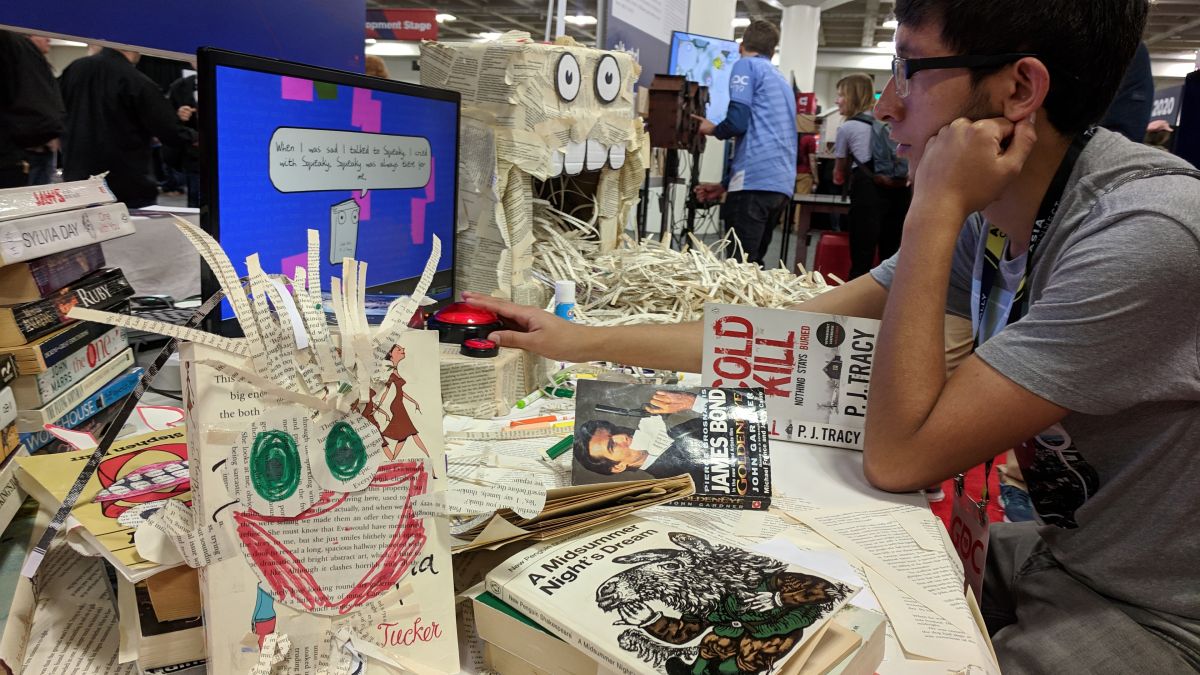 The Book Ritual asked me to do something unorthodox for any book lover. It wanted me to rip a page out of […] 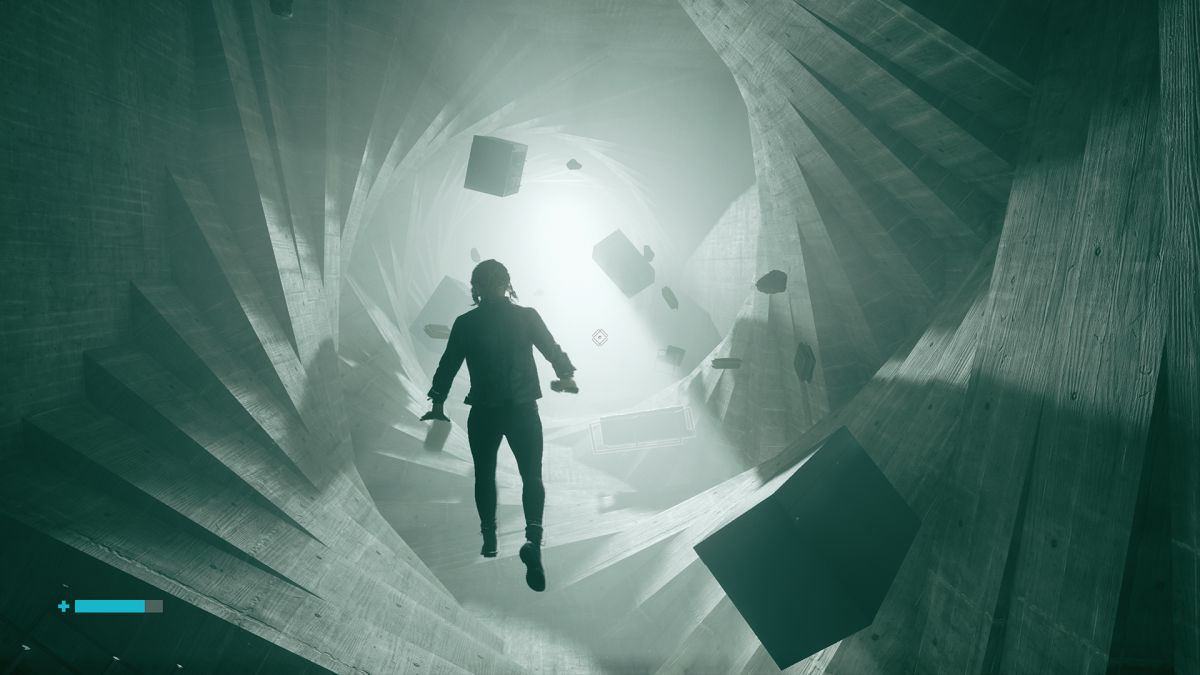 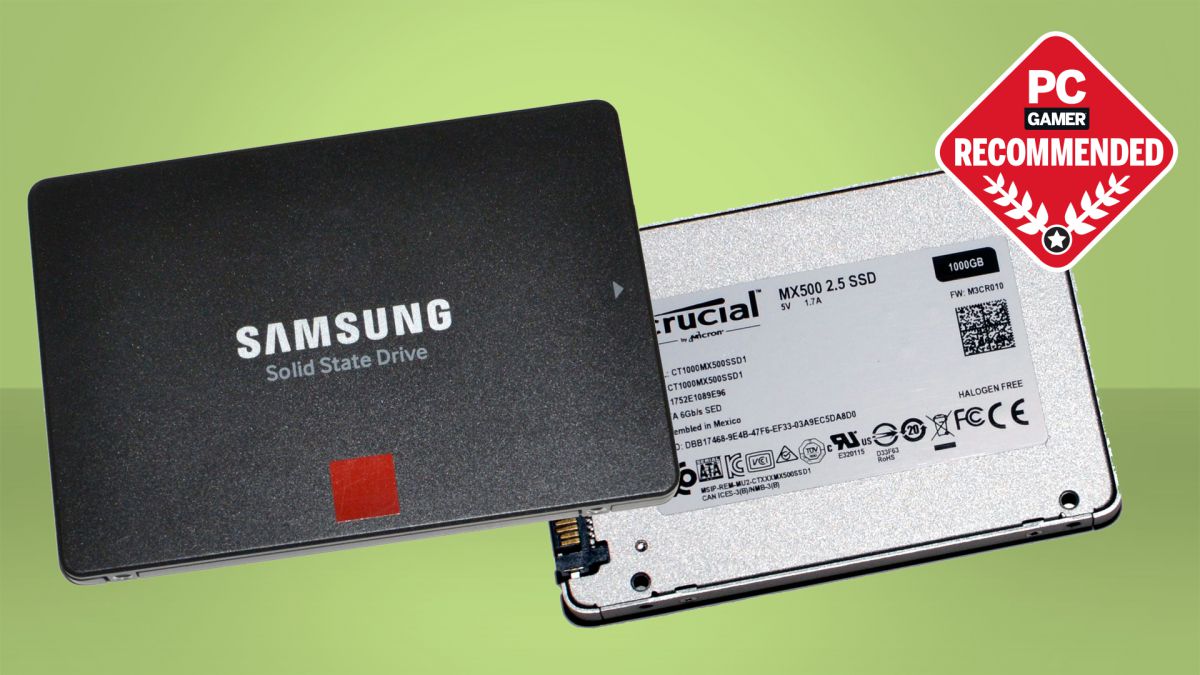 There’s never been a better time to upgrade to the best SSD for gaming. The overall price of solid state storage has […]