Shirley Jackson liked to recount how she got the idea for the story that shocked America while she was out doing the family grocery shopping one morning.

She worked out the plot on her way home, plonked her toddler daughter in her playpen, put away the groceries and sat down to bash it out on her typewriter. It was completed by noon, when her older daughter was finished at kindergarten.

When the short story, The Lottery, appeared in the rarefied pages of The New Yorker magazine in June 1948, it caused consternation — thousands of readers wrote in outrage, hundreds cancelling their subscriptions.

And it wasn’t just Americans who were appalled; the story was actually banned in South Africa, where the apartheid government considered it an insidious assault on tradition. 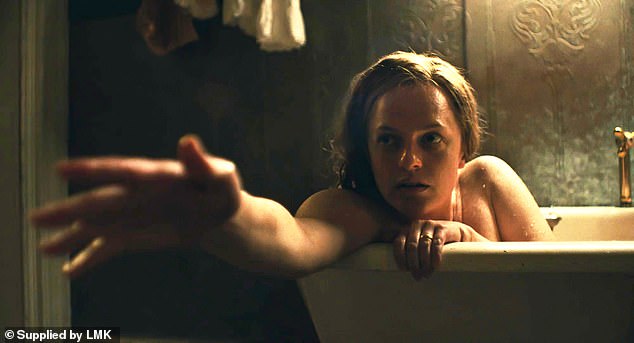 Shirley, a biographical drama about her life and weird relationship with her husband, is about to open in the UK, with Elisabeth Moss (star of Mad Men and The Handmaid’s Tale) in the title role

For the lottery in question, held each year since time immemorial in an apparently bucolic New England village, didn’t decide which resident won a fruit cake or a starring role in the panto.

It was to choose which of them would be stoned to death — even by members of their own family — in a ritual sacrifice to ensure a good harvest and general prosperity.

Housewife Tessie Hutchinson, who draws the slip of paper with the black spot, is led to her death with even her little son being given a few pebbles to throw at her.

The deadpan style in which Jackson wrote it prompted some readers to believe it was actually real — and they wrote to her asking to know where they could go to see a stoning for themselves. 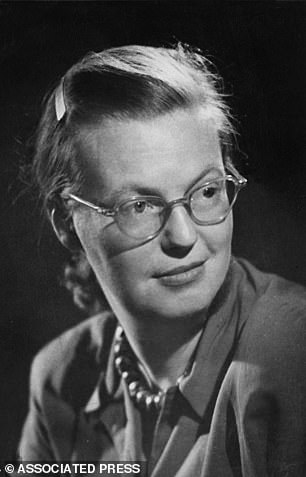 ‘I have read of some queer cults in our time,’ wrote a reader from Los Angeles, ‘but this one bothers me.’

Others were simply appalled by such a macabre twist in the tale and rightly suspected Jackson was making a wider point about the darker undercurrents in outwardly civilised American society.

Many wrote to her for an explanation. Was it an allegory about the Holocaust, they wondered, or a general reflection on the evil inside us all?

Jackson mischievously pretended to be surprised at the uproar. ‘The number of people who expected Mrs Hutchinson to win a Bendix washing machine at the end would amaze you,’ she said.

But readers might have been less surprised if they had been a little more familiar with the writer, who was then barely known: a harassed housewife and mother of four who was also a self-confessed witch who put curses on publishers and wrote — it would later be said — ‘not with a pen but with a broomstick’.

At the moment, Jackson, who died aged 48 of a heart seizure in 1965, doesn’t need spells to burnish her posthumous fame.

After decades of being dismissed as a talented but eccentric writer who squandered her potential by writing horror stories — one critic dubbed her ‘Virginia Werewoolf’ — she is the darling of Hollywood.

A chilling Netflix adaptation of her novel The Haunting Of Hill House, often cited as one of the best ghost stories ever written, met with critical acclaim. And now Shirley, a biographical drama about her life and weird relationship with her husband, is about to open in the UK, with Elisabeth Moss (star of Mad Men and The Handmaid’s Tale) in the title role.

The film — in which a young couple come to stay with Jackson and her manipulative, philandering husband at their Vermont home shortly after The Lottery has made her a national celebrity — is based on a novel about her life and only partly accurate in matters of fact.

Moss’s portrayal of her as an acid-tongued, hard-drinking bohemian with possible lesbian inclinations will no doubt earn her an Oscar nomination, but it is only half the story about Jackson.

A complicated woman with something of a split personality that biographers have speculated may have been rooted in some unspecified childhood sexual abuse, she attracted success by writing not only disturbing tales of the supernatural but also light and humorous stories about her frenetic domestic life for magazines such as Good Housekeeping and Woman’s Home Companion.

A recent biography described her succinctly as ‘writer, housewife and witch’ but Jackson was acutely aware that fellow Americans expected busy mothers to get their priorities right.

‘It’s great fun … but it doesn’t tie any shoes,’ she once said selfconsciously of writing.

She seemed almost cursed by unhappiness in her private life. Born in San Francisco in 1919 to well-off, conservative parents, Jackson was always highly strung and eccentric, defying her family first by pursuing a career in writing (not considered a suitable path for a respectable woman) and, secondly, by marrying the Jewish literary critic Stanley Hyman, whom she met at university.

Her mother, Geraldine, didn’t hide her disappointment that her overweight daughter wasn’t prettier and more feminine, twisting the knife by telling Jackson she was the product of a failed abortion.

Sadly, Jackson’s husband didn’t treat her any better. Hyman not only cheated on her relentlessly but even expected her to listen as he recounted his affairs — not something likely to improve her already fragile state of mind.

In later years she would suffer from depression and addiction to psychoactive drugs.

The couple married in 1940 and, after the birth of their first child, moved to North Bennington, Vermont, a cosy village, where Hyman joined the staff of a nearby university and she resigned herself to second-class citizen status as a ‘faculty wife’.

Hyman, an outrageous chauvinist even by the standards of the time, didn’t expect to lift a finger in their rambling house, even after they had four children to cope with. He would yell for Jackson to refill the ink in his pen as he churned out literary screeds that were not remotely as well-received as her writing.

Jealous of Jackson’s success, he assured friends that she wrote almost unconsciously, relying on him to explain it to her.

He had numerous affairs with his students, forcing Jackson to accept an open marriage. Possibly because her mother had made her feel so insecure about her looks, she may have believed this was all she could expect.

He kept a tight grip on the purse strings, giving her portions of her earnings when he saw fit.

Her jealousy over his lovers could erupt into furious outbursts at their famously boozy parties, further alienating her from friends and neighbours who were already disconcerted by her unsociability — she suffered from agoraphobia — and her obvious fascination with witchcraft.

Visitors to her home would see amulets and charms littered everywhere, as well as an extensive library of books on magic, a subject that had obsessed her since she was 16 and started experimenting with voodoo dolls and incantations.

Guests who were offered a tarot reading found them uncannily accurate and some people believed she was genuinely clairvoyant.

‘She didn’t just think, she “knew” there were supernatural forces such as demons and ghosts,’ said one of her two sons.

Jackson kept half a dozen cats which she claimed were her witch’s familiars, leaping onto her shoulder during meals and whispering poems in her ear.

Most of her ‘spells’ were benign and even domestic. A favourite trick, said friends, was to slam a cluttered kitchen drawer and say the name of a utensil she wanted. When she reopened the drawer, the utensil would always be lying on top.

Occasionally, she sought to use witchcraft for darker purposes, such as when she threatened to lay a curse on the New York publisher Alfred Knopf — who had got into a financial row with her husband over a book deal — if he ever set foot in Vermont. 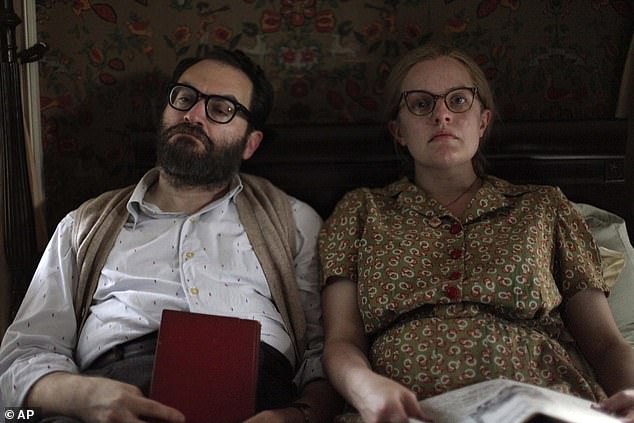 The film — in which a young couple come to stay with Jackson and her manipulative, philandering husband at their Vermont home shortly after The Lottery has made her a national celebrity — is based on a novel about her life and only partly accurate in matters of fact

That winter he went skiing there and, after Jackson had stuck a pin in a voodoo wax doll she made of him, he broke his leg.

Biographers have clashed over the extent to which she actually practised witchcraft, one of them insisting it was largely a marketing gimmick.

However, in a biographical note she wrote for her publishers, Jackson said she was tired of pretending to be a ‘trim little housewife’, adding: ‘I live in a dank old place with a ghost that stomps around in the attic room we’ve never gone into (I think it’s walled up) and the first thing I did when we moved in was to make charms in black crayon on all the door sills and window ledges to keep out demons, and was successful.’

She went on: ’At the full of the moon I can be seen out in the backyard digging for mandrakes, of which we have a little patch, along with rhubarb and blackberries. I do not usually care for these herbal or bat wing recipes because you can never be sure how they will turn out. I rely almost entirely on image and number magic.’

Jackson was unpopular with her neighbours in North Bennington even before The Lottery was published (a local rumour had it that she got the idea after local children threw stones at her as she passed by, pushing a pram) but resentment grew when they realised she had clearly based the story’s monstrous villagers on them.

No witch’s brew could rescue her from declining health as, in addition to the barbiturates (then considered a safe drug) that doctors had prescribed her, she took amphetamines to control her weight and tranquillisers to counter their effects. She smoked heavily and turned to drink to cope with her husband’s infidelity.

When Stanley finally fell seriously in love with another woman, she couldn’t cope and — after six novels and 200 short stories — stopped writing altogether. One day, she took her usual post-lunch nap and never woke up.

Shirley Jackson, who once claimed that she ‘always loved to use fear — to take it and make it work’— would doubtless be delighted to know that The Lottery remains a set text in many U.S. schools, continuing to chill Americans with its terrifying view of their capacity for barbarity. 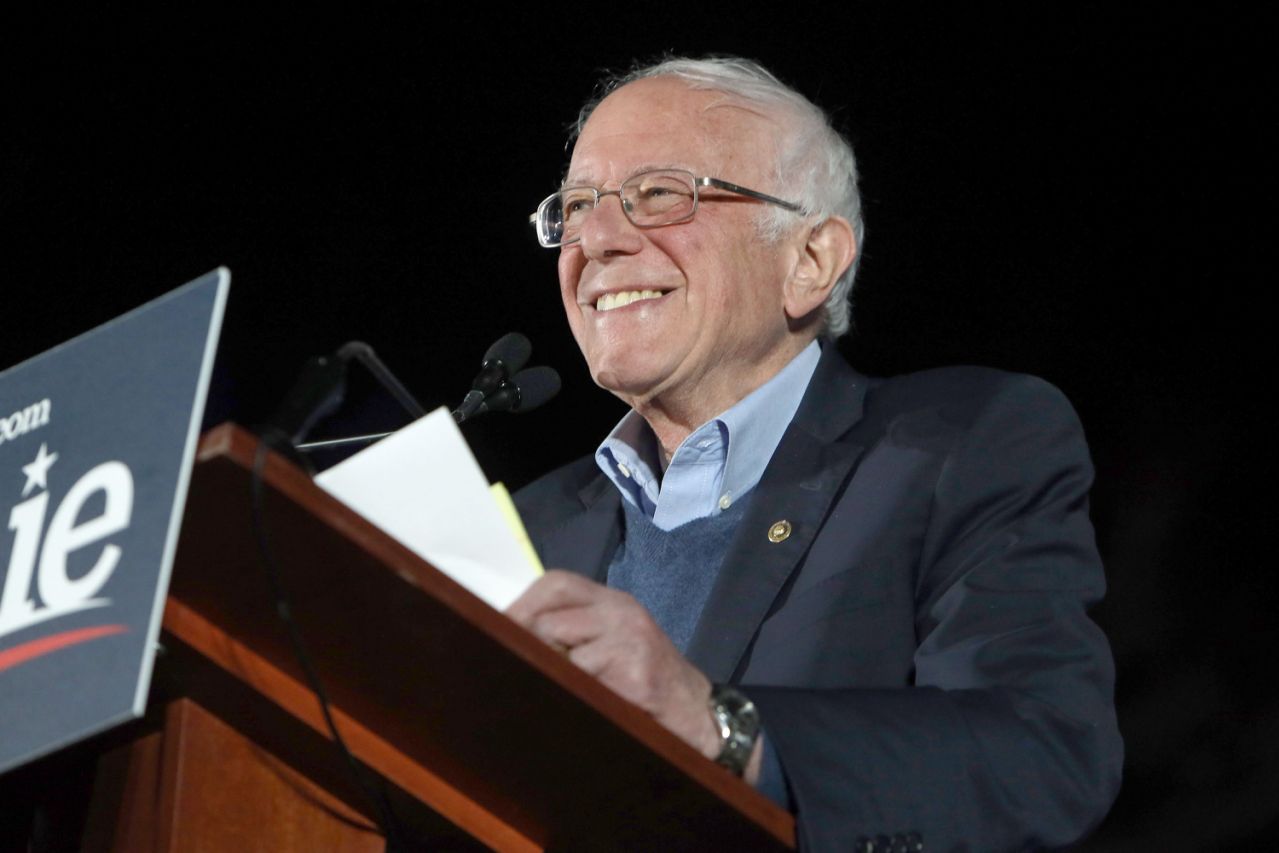 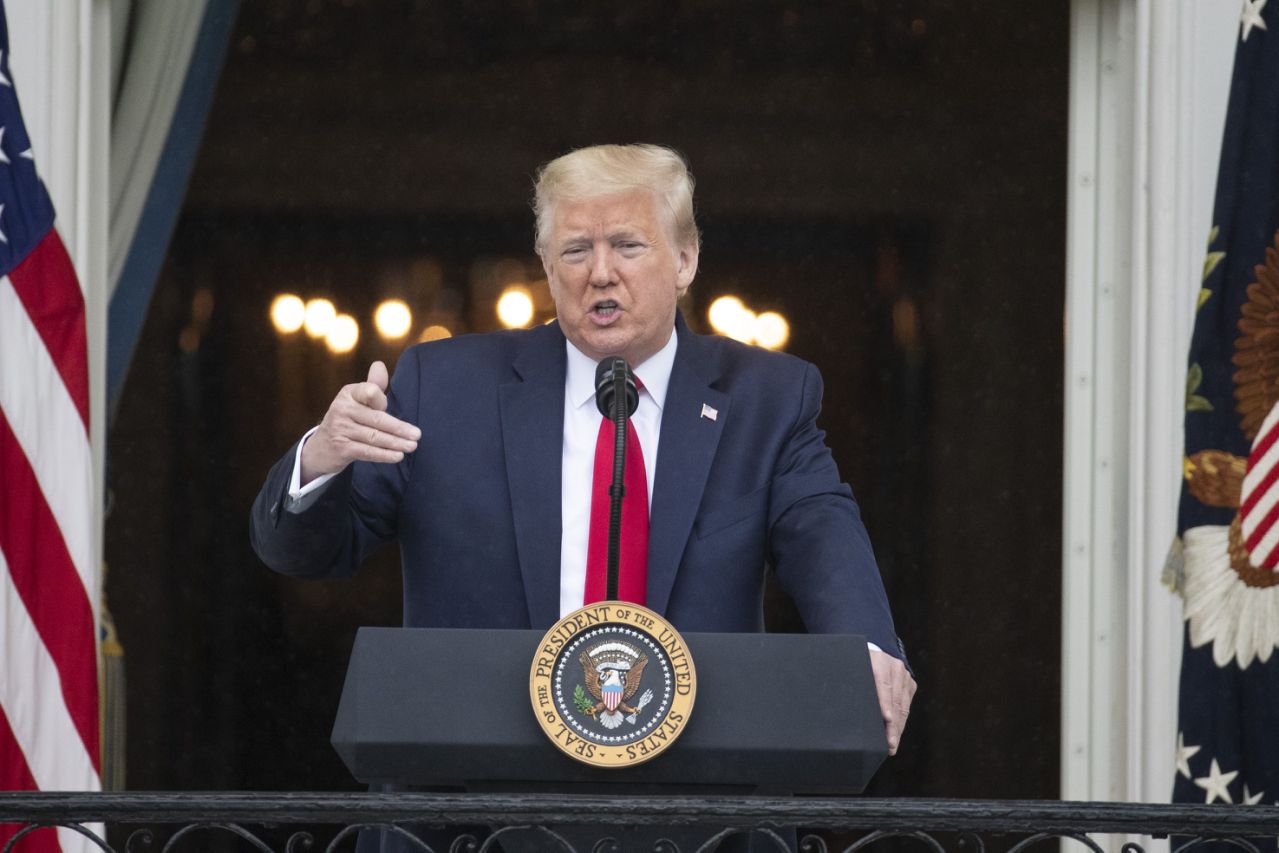 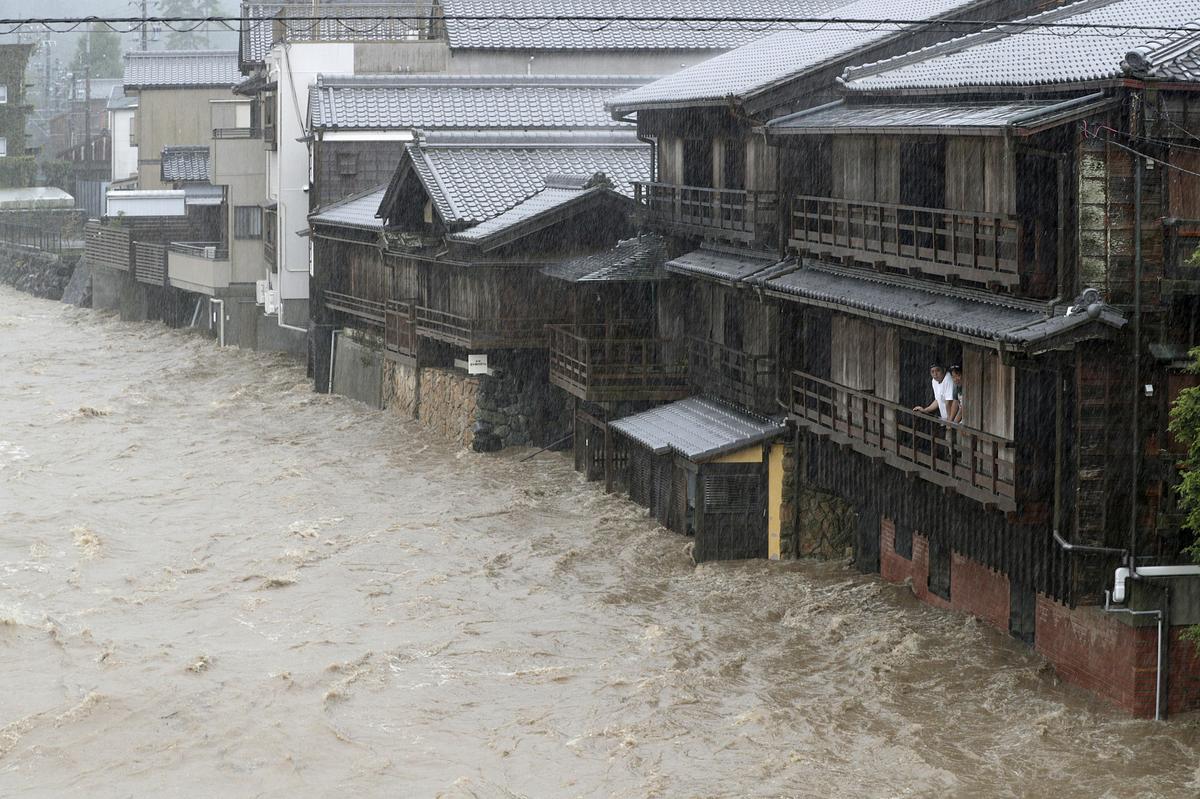 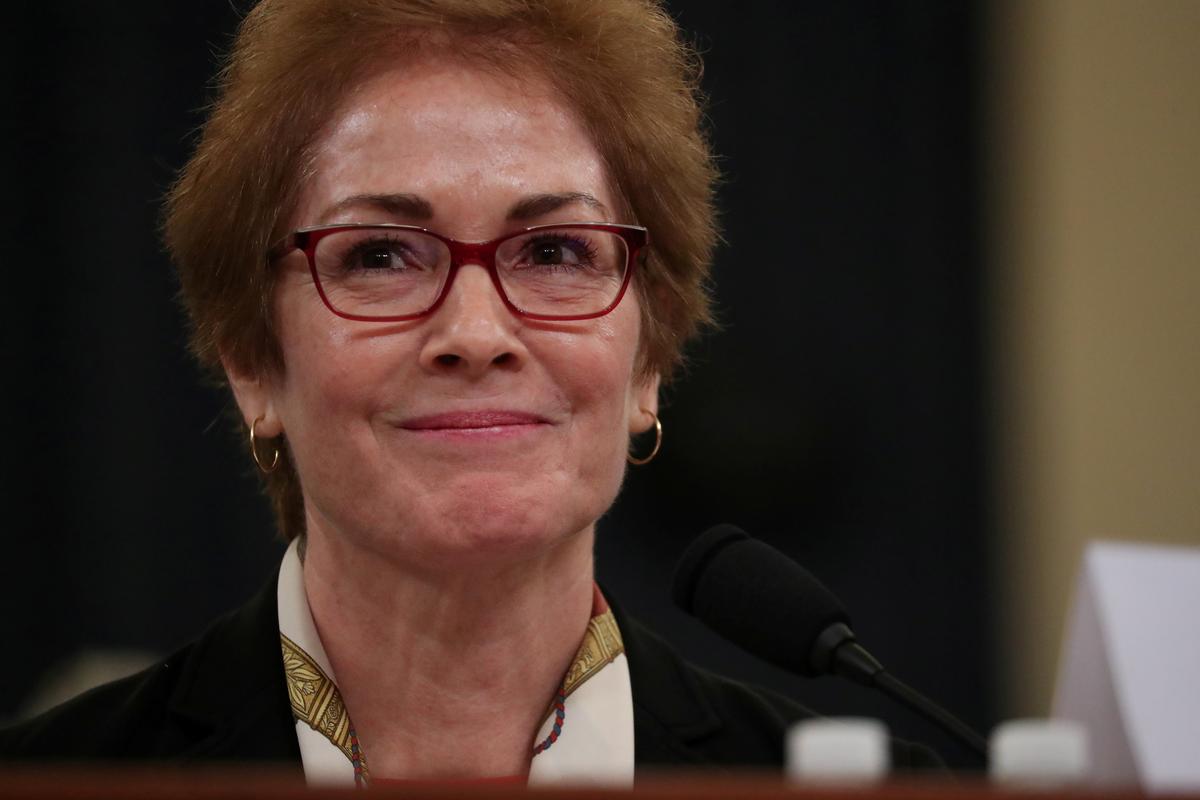 WASHINGTON (Reuters) – Halfway through a dinner at the Trump Hotel, U.S. President Donald Trump can be heard giving the order to […]