Black Friday 2020 is very nearly upon us, in fact Amazon Prime Day arguably kicked it all off with some Black Friday deals already live. In October. What a time to be alive. With the alluring promise of the ultimate deals on the finest of PC gaming gear, the annual consumer shopping frenzy represents a tempting time to either pick up a bargain to round off your perfect PC setup, or else get ahead of the Christmas gifting rush.

Where to find Black Friday deals…

As usual, Black Friday 2020 itself occurs on the last Friday of November, which makes it November 27 this year. But that is, of course, not telling the full story about the true extent of this shopaholism-inducing sales event. Some retailers and manufacturers have already launched their sales, such as Best Buy, Walmart, and Dell, and we’re not even out of October yet.

On the plus side it does mean we don’t necessarily have to jump into the maelstrom over the main weekend to find the best Black Friday deals on PC gaming goodies. There will be different offers across the month, with a host of different retailers aiming to get the jump on each other with the best offers.

Mostly that means they’ll all be trying to beat Amazon. But that is generally an exercise in futility as Jeff knows all, Jeff sees all, and will price match everyone into oblivion. He’s probably plugged directly, meatily into a vast datacentre at the start of November, with neurons firing hither and thither, matching or beating the likes of Newegg, Walmart, and the rest in deals… until he’s bodily removed by his minions at some point in January to recuperate in a Bacta tank until Prime Day 2021. Probably.

Yes, you can already make some savings on techie goodies right now, with a number of different early Black Friday deals on offer. Sure, we’ve still got a long time to wait until Black Friday itself, and with a load more deals set to drop too, but if you need something right now there are discounts to be had.

Dell G5 Gaming Desktop | Intel i5 | GTX 1660 TI| $749.99 at Dell
With a 10th Gen Intel CPU at its heart that means the i5 comes with six cores and a full 12 threads. Paired with the Nvidia GTX 1660 Ti, that makes this Dell machine an impressively powerful gaming PC for the money. You’re missing an SSD, with only a 1TB HDD in there for storage, but that’s a cheap upgrade down the line.View Deal

CyberPowerPC Gamer Master | AMD 3600 | RX 5600 XT | $749.99 at Best Buy
The 6-core/12-thread Ryzen 3600 has been one of our favourite gaming CPUs of the last few years, and even though the new chips are replacing it the budget AMD silicon still has worth, especially at this price.View Deal

CyberPowerPC Gamer Supreme | AMD 3700X | RX 5700 XT | $999.99 at Best Buy
Now AMD has announced its next-gen CPUs and graphics cards, launching later on in November, we’re starting to see genuine discounts on previous-gen models. This is still a great 8-core/16-thread chip, and a GPU capable of nailing 1080p and 1440p gaming, with 16GB RAM and a 1TB SSD. View Deal

Alienware m15 R2 | Intel i7 | RTX 2080 | $1,599.99 at Dell
You can still save $1,100 on this powerful RTX 2080-powered Alienware machine. That’s a saving that’s more than the cost of some seriously good gaming laptops in their own right. The RAID 0 SSD will be super quick, and the GPU is still relevant in the mobile world, just that 60Hz screen lets it down.View Deal

Microsoft Surface Pro 7 | Intel i3 | $599 at Best Buy
It’s no gaming laptop, but the Pro 7 is a solid tablet with PC pretensions thanks to its connected keyboard and Intel Core i3 processor. The 4GB of RAM and 128GB SSD capacity would be a bit miserly on a fully fledged laptop, but in this 12.3-inch tablet form it will absolutely do the job you need of it.View Deal

Asus TUF Gaming monitor | 23.8-inch | IPS | $169.99 at Best Buy
IPS? Check. FreeSync? Check. 144Hz refresh rate? Check. What else do you need in a budget-priced 1080p gaming monitor? This 24-inch screen from Asus is a fantastic price for a screen which delivers a fantastic specs list. If you’re in the market for a new 1080p screen you better hurry, because it won’t be here long.View Deal

Samsung CRG5 | 27-inch | G-Sync | $279.99 at Best Buy
240Hz. Yes, 240Hz. This is one seriously quick 1080p screen, with Nvidia G-Sync support to back it up. Think you’re ready for the big time and want a monitor with a competitive refresh rate edge? Then  this affordable Samsung curved gaming monitor should be right up your street.View Deal

Dell Curved gaming monitor | 32-inch | HDR | $329.99 at Best Buy
This is a whole lot of gaming monitor for actually not a lot of cash. There was a time when a 32-inch Dell panel would have cost north of $800, but this 1440p FreeSync display comes with HDR, a healthy curve, and a 165Hz refresh rate. This is a lovely chonk monitor.View Deal

Sony Bravia A9G | OLED| 55-inch | $1,899.99 at Best Buy
Unless you have a vast lounge a 55-inch 4K TV is the sweet spot for big-screen televisions, and OLED is the perfect panel technology for such a beast. It’s also a great technology for gaming, delivering impeccable contrast and HDR. And with $600 off this Sony OLED it’s below $2,000 right now.View Deal

WD Black SN750 SSD | 1TB | $129.99 at Amazon
This 1TB PCIe SSD will deliver high-end storage performance, with a serious gobbet of game storing capacity. It’s not going to hit the heights of PCIe 4.0 drives, but you’ll struggle to find a comparative option with the space on offer to this WD SSD.View Deal

Samsung 970 EVO SSD | 1TB | $149.99 at Amazon
No longer matching the price of the 1TB WD Black SSD, the slightly faster Samsung SSD is still a decent price right now. It’s not strictly an Amazon Black Friday deal, but because Best Buy’s sale has some quality SSDs with a discount Amazon is matching it.View Deal

Black Friday itself falls on November 27, 2020, and effectively carries through the weekend into Cyber Monday on November 30, 2020. We expect the likes of Amazon will hold back certain key deal until this final weekend, though, as I pointed out earlier, you will find the whole dealsgasm going on throughout the month.

There is, however, the issue of shipping. With so much pressure on the delivery infrastructure a lot of retailers are looking to spread things out far more than even we expected, hence the early deals already on the books. If you want to guarantee your Christmas presents arrive before the holidays, then doing your shopping in November makes a lot of sense.

And that makes for a lot of shopping time.

What can I expect discounts on this Black Friday 2020?

When it comes to PC gaming we’re expecting you’ll be able to find discounts on pretty much every facet of your rig this year. Traditionally it’s a great time to keep an eye out for gaming laptop deals, with companies keen to clear older, but still high-quality, stock before the end of the year and new generations are released.

There may also be some deals on the best gaming PCs over the month too, for the same reason. A new generation of Nvidia Ampere and AMD RDNA 2 graphics cards, as well as AMD Zen 3 processors, will be shipping before the year end, and that means last-gen machines might get their final hurrah.

It also means the best graphics cards of the existing GeForce and Radeon generations, which are mostly still available in the shops, could see some meaty discounts too. I would expect that, most especially, AMD Ryzen 3000 CPUs will be the key components to receive stellar deals throughout November.

The price of memory, and therefore the best SSDs, is in a bit of a freefall state right now, and that bodes well for some tasty deals this Black Friday. Again, we’re expecting the PCIe 4.0 generation of solid state drives to really push on going into 2021, with new memory controllers and the first next-gen Samsung drive dropping soon, so we expect to see existing PCIe 3.0 SSDs getting their own suite of discounts too.

The gaming monitor market has been mildly stagnant over the last year, but traditionally you’ll find Black Friday a good time to be looking for either a straight monitor or for a big-screen 4K TV for gaming.

The PC peripheral market too goes into overdrive around Black Friday, and so the likes of Logitech and Razer are bound to be slashing prices on their existing stock of gaming keyboards, gaming headsets, and the not-so humble gaming mouse.

What should I avoid buying on Black Friday 2020?

Basically anything you don’t need. It’s distressingly easy to be duped into dropping cash on something just because there’s a hefty discount attached to it… even though you have absolutely no use for it.

If you’re considering making a purchase around Black Friday we would absolutely recommend going into November with a plan of attack. That probably sounds needlessly aggressive, but you need to know what you actually want to buy first or you’ll end up with no end of crap.

Do some research on the products you’d like to pick up in the sales, and maybe some alternatives in case those don’t pop up, and set yourself a strict budget too.

Products like graphics cards and processors have obvious tiers (though the different companies work damned hard to make product names as confusing as possible), and SSDs have rated speeds, but for peripherals it’s tougher to tell from the specs whether they’re worth the money. Checking for reviews, from such luminaries as ourselves, should guide you on your way, and also checking price trackers such as CamelCamelCamel will let you know if a deal’s more than just skin deep.

Any other Black Friday 2020 tips and tricks?

If you haven’t already used it up during a credit card splurge around Amazon Prime Day, then you ought to take the opportunity to sign up for a free 30-day trial of Amazon Prime. That will get you early access to the Lightning Deals, and help you grab some of Jeff’s best deals of the day. It will also net you free shipping on a host of products and speedy delivery too, and at the very worst it’ll be handy when it comes to bagging some last-minute Christmas gifts for that aunt you always forget about.

It also might be worth keeping an eye out for Walmart Plus, or Walmart+, depending on how it eventually gets branded. At the moment Walmart’s upcoming service is still behind closed doors, but it could be launched in time for Black Friday and may see some of the company’s best offers reserved for its release.

But whatever happens around Black Friday 2020, we’ll be on hand throughout November to make sure that you’re told about the best PC gaming deals going down around the event, and hopefully put a stop to any potential buyer’s remorse. Brewing the cure for the T-Virus is a pretty big deal in Resident Evil 3 Remake’s vaccine puzzle, you know, considering the […]

FORTNITE fans can download a big new maintenance patch for PS4, Xbox One, Nintendo Switch, iOS, Android and PC. Here’s what the […] In June, 343 Industries confirmed that Halo Infinite will make use of battle passes along with seasonal multiplayer updates. Unlike similar passes […] 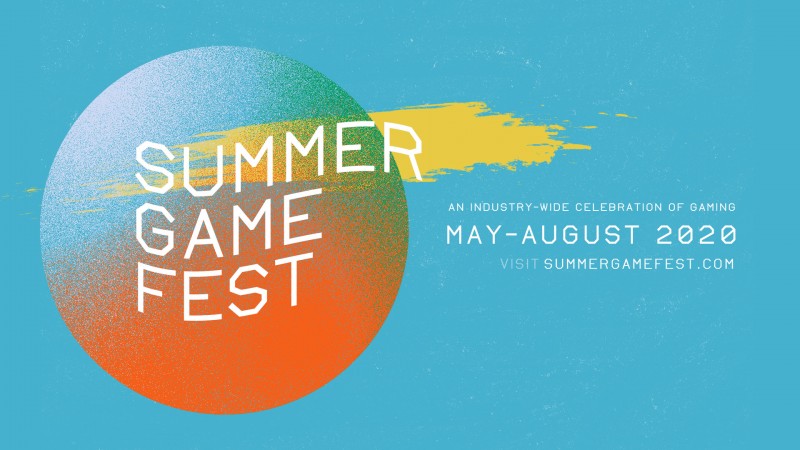 Organizer and host of The Game Awards Geoff Keighley has announced Summer Game Fest, a summer-long all-digital event that promises to deliver […]