A puppy has been born with green fur in the Philippines – two weeks after a similarly-coloured pooch named ‘Pistachio’ was born on an Italian farm.

Chona Lacsamana woke up to find her dog Mocha sleeping with a bundle of newborn pups inside their house in La Union province on 25 October.

The puppies were coloured black, white, brown, and Chona spotted an exceptional one which appeared to be light green. 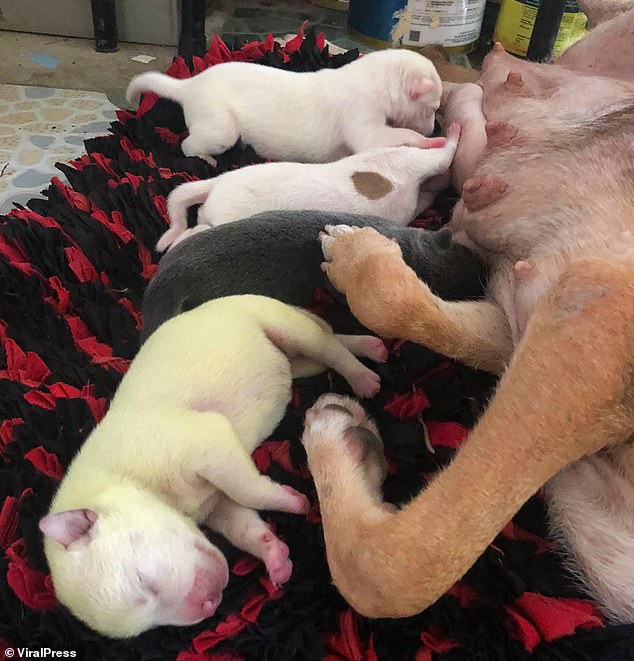 The newborn puppy, now named Wasabi, was born in the Philippines earlier this month with a light-green coat despite its brothers and sisters being black, white, brown and spotted 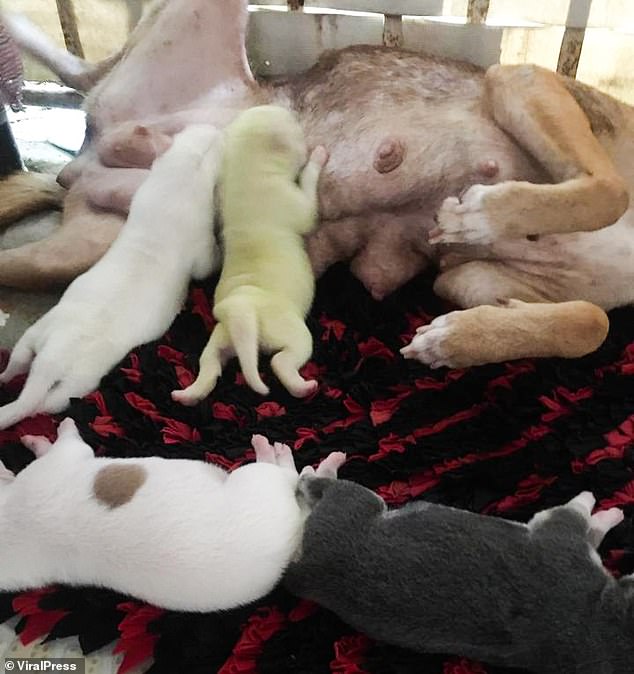 Wasabi clambers to feed from her mother in La Union province in the Philippines. Chona Lacsamana, who owns the dog and her puppies, said she discovered the litter next to the mother on 25 October

Chona thought the puppy, which she has now named Wasabi, was stained from blood during birthing but then inspected the pooch to confirm its colour.

The puppies will not be put up for adoption because they are the mother’s first babies, Chona said.

Chona added: ‘We will take care of the dog together with its siblings and mother. They are all special for us.’ 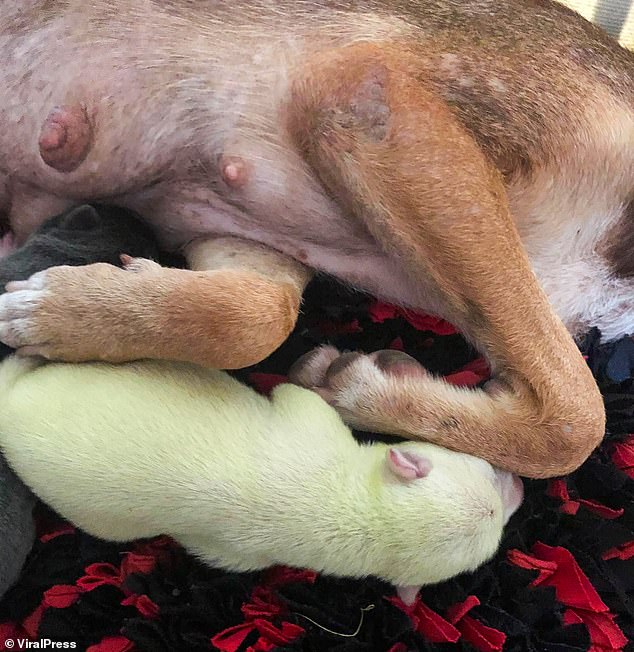 Wasabi rests near his mother in La Union, the Philippines. The puppies will not be put up for adoption because they are the mother’s first babies, Chona said 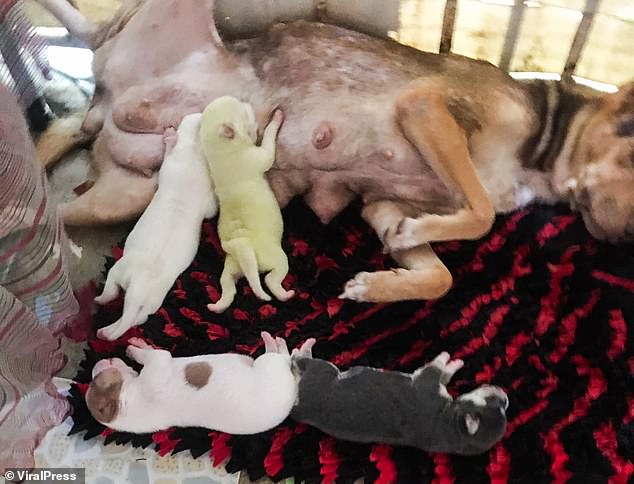 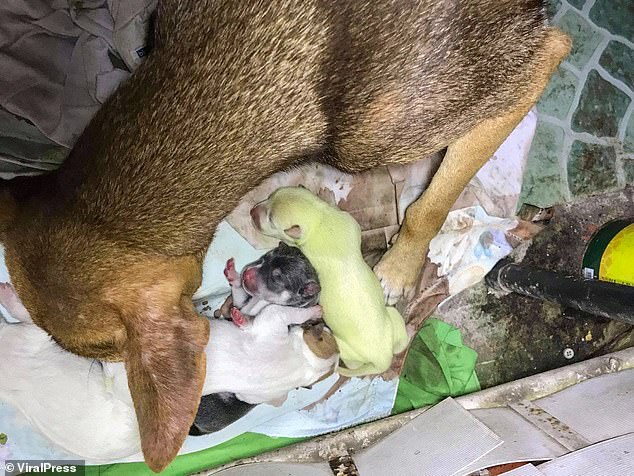 Wasabi clambers around his brothers and sisters. Chona said the puppies would not be put up for adoption as they are the mother’s first babies

The family named the dog ‘Wasabi’ after the green spicy condiment from Japan.

Dogs born with green fur are extremely rare and could only happen after the foetus comes in contact with a green pigment called ‘biliverdin’ while inside the womb.

Despite their rarity, another puppy with a similar green coat was born on a farm in Sardinia just a few days before Wasabi was delivered. 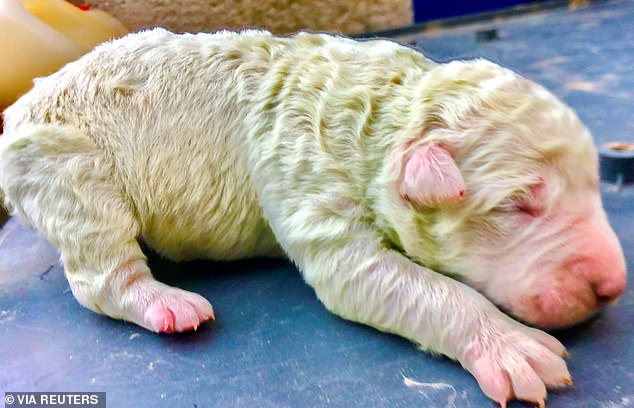 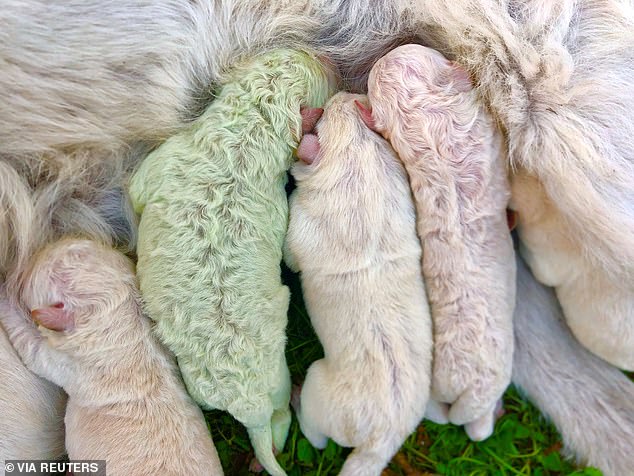 The tiny dog, which he has since named Pistachio, was part of a five-dog litter born earlier this month 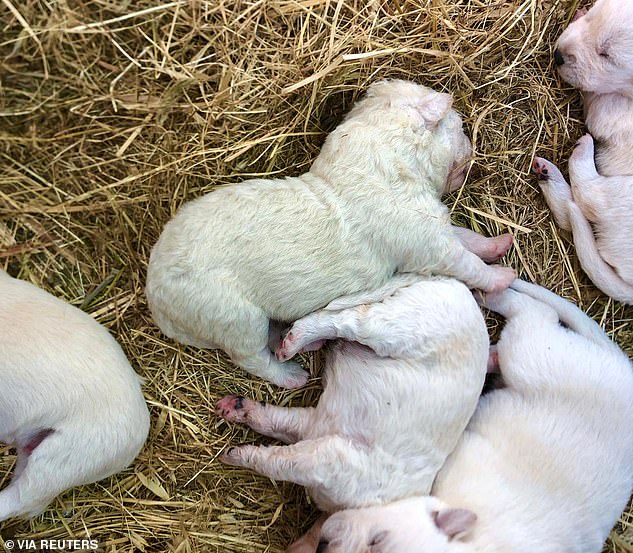 Italian farmer Cristian Mallocci could not believe his eyes when one of his eight dogs gave birth to the green-tinted puppy on the Mediterranean island.

The tiny dog, which he named Pistachio, was part of a five-strong litter.

The rest of his siblings, as well as the puppies’ cross-breed mother, all have a white coat. 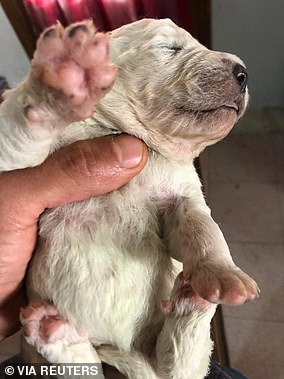 Puppies with green fur are an incredibly rare occurrence.

The tinting comes from a bile pigment called biliverdin which is found in the placenta of dogs.

Biliverdin dislodges as the puppy is born and mixes with the amniotic fluid which surrounds puppies in their mother’s womb.

If the levels of biliverdin are uncommonly high as it mixes with the fluid, it can stain the puppy’s coat.

There are no known health risks involved with the phenomenon and the colour usually corrects itself within weeks of birth. 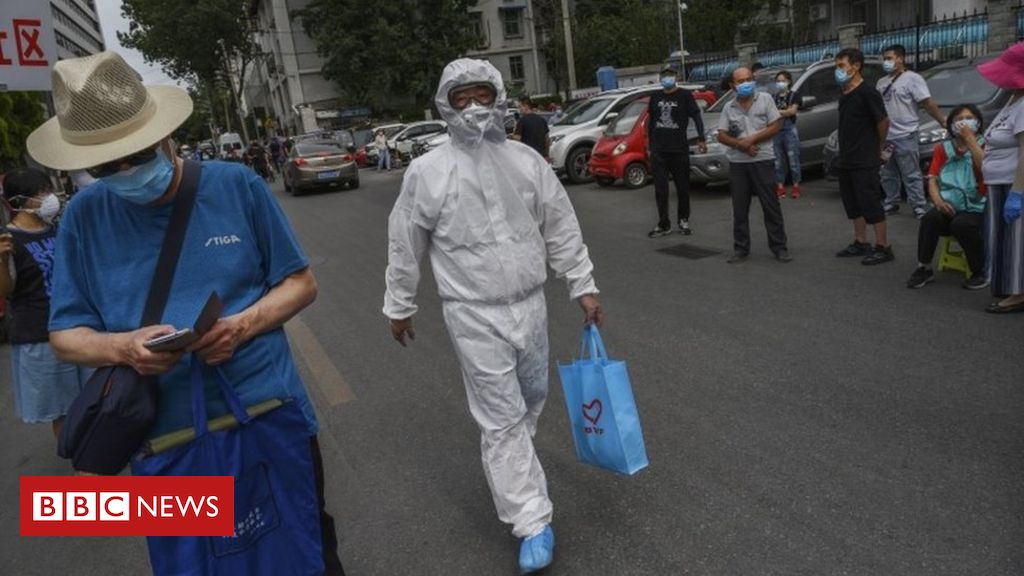 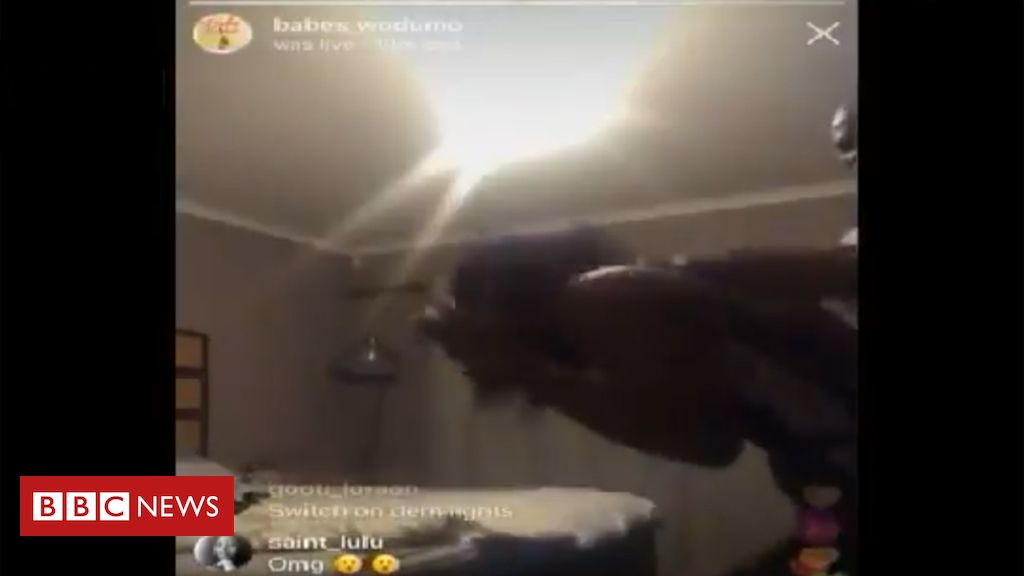 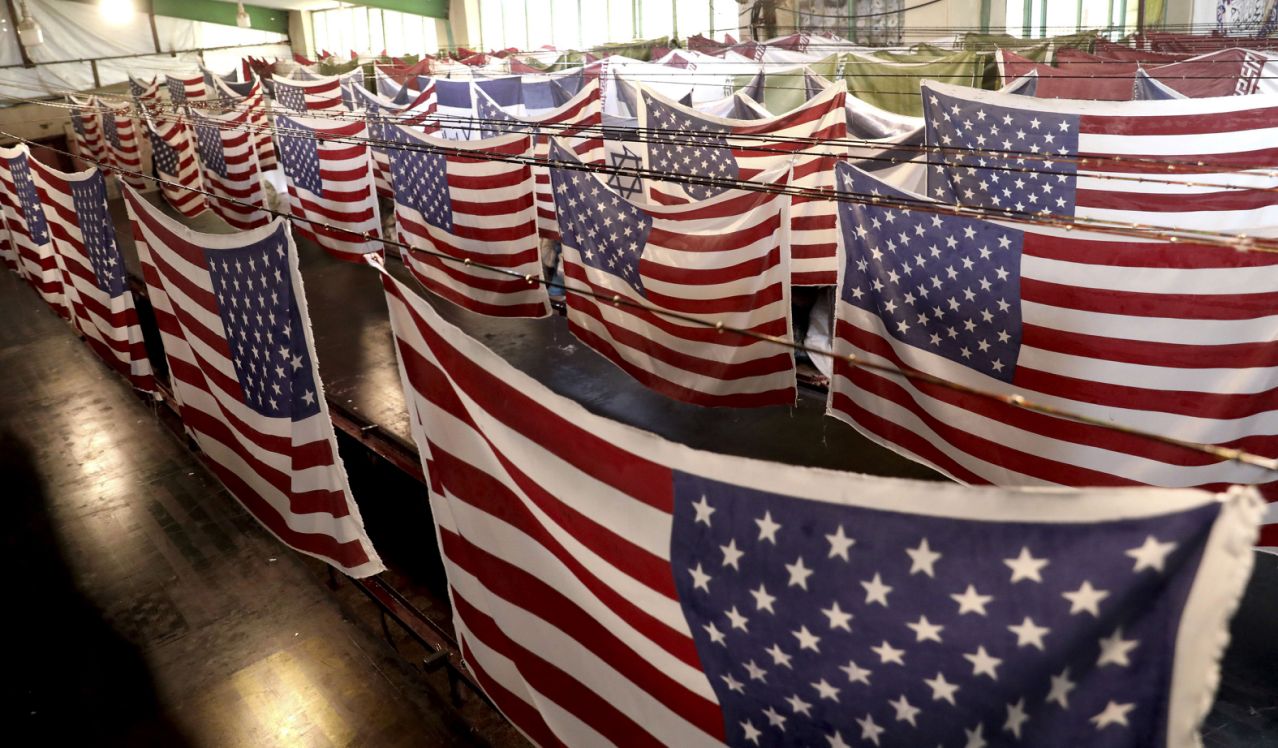 KHOMEIN, Iran (AP) — Near the hometown of the late Ayatollah Ruhollah Khomeini, workers at a small Iranian factory diligently add all […] 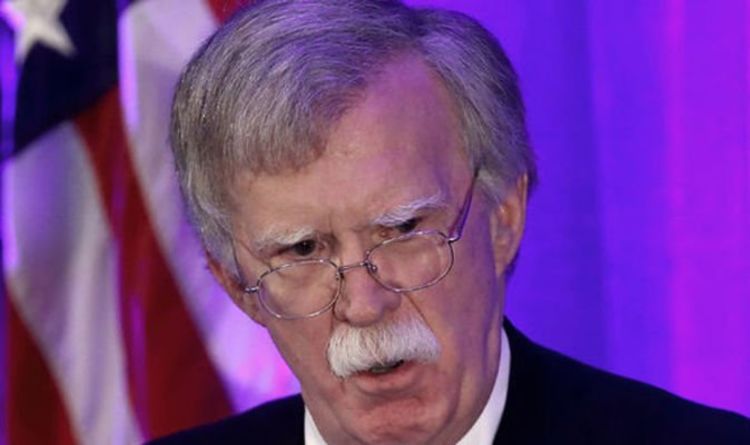 The request by the National Security Council, which is led by John Bolton, sparked deep concern among Pentagon and State Department officials, […]