One politician is campaigning for Marcus Rashford to be added to the short list for the BBC Sports Personality of the Year.

Which only goes to show that the dispensing of honours and awards in this country is layered with far deeper complexity than just Her Majesty’s gongs and television’s grandstanding. 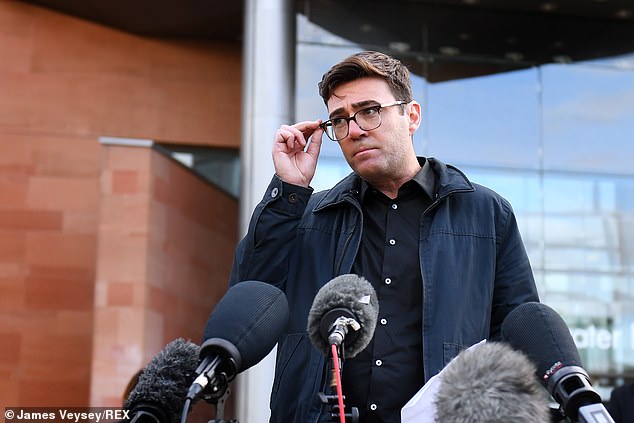 It starts way down there in kindergarten with winning your first egg and spoon race. After which it climbs through recognition during school, sporting, working, soldiering life and charitable deeds to, for some, the giddy towers of Westminster.

Burnham may have a vested interest in the goal-scoring star for a club in his parish but it is absurd that Rashford looks like being passed over by the Beeb.

Rashford is the Sports Personality of the Year, by very definition of the title. A candidate, even, for The British Personality of 2020. It will be ridiculous if he is ruled out because he does not fit the BBC’s ‘criteria,’ which was convoluted at is inception.

It should have been Sportsman and Sportswoman of the Year in the first place, more than half a century ago. An archaic insistence on restricting qualification for their bauble to performance excellence only is so nonsensically out of kilter with the title that it risks making the whole thing as redundant as the BBC itself is in danger of becoming.

What you are as a human being is implicit in the word Personality.

What Rashford is trying to do to save impoverished school-children from out-of-term starvation transcends anything any other sportsman has achieved this year. For many a year come to that. And, by the way, he happens to be a very important footballer for England as well as Manchester United. 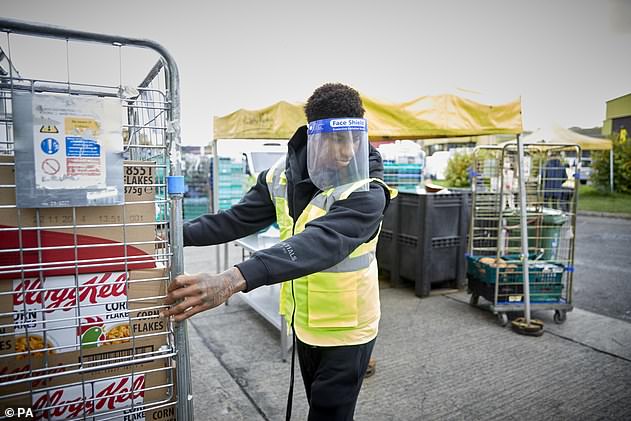 I am sure that none of the current betting favourites for Spoty – Master Hamilton at 10-11 on, Tyson Fury 6-1, Ronnie O’Sullivan 7-1 – would begrudge the trophy going to Rashford this Christmas.

Which bring us to the thorny matter of a knighthood for the Englishman who has now won more Formula 1 races than Michael Schumacher and is about to equal the record seven world drivers’ championships held by the tragically incapacitated German.

My argument is not with Hamilton’s glittering array of successes, nor even his unfortunate preference for living in Monaco where he avoids paying UK taxes on a Mercedes contract expected to rise shortly to £40million a year.

Simply, sportsmen and women should not be knighted or ladyfied before they finish playing. They are unique in that their careers are physically curtailed at an early age. Those comparatively early professional retirements are followed by time which should be used for reflection before sword touches shoulder. 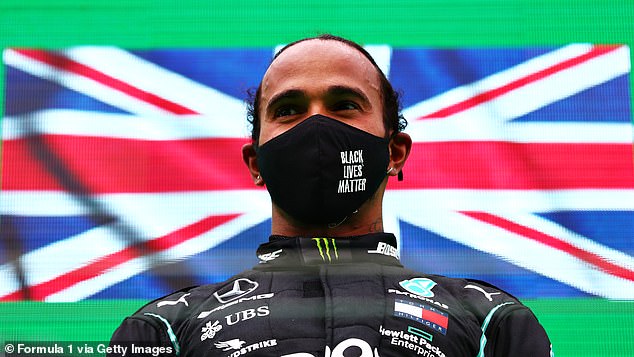 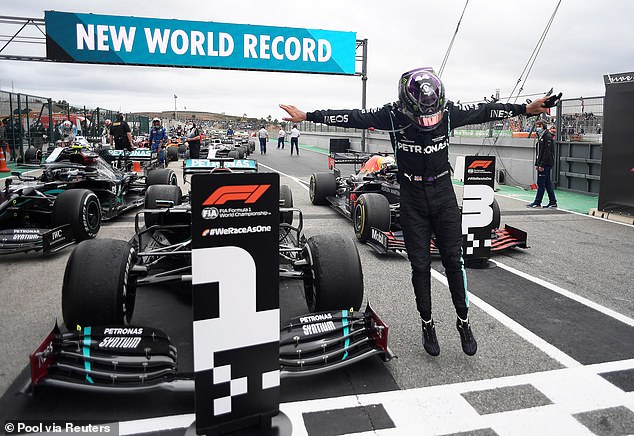 How David Beckham must wish the call had come before he had time to foul-mouth the mandarins responsible for not making it sooner.

Since knighthoods are rarely rescinded, a pause can help avoid mistakes. Blots on reputations occur either during impetuous youth or when age diminishes talent, strength and power.

Waiting a while was how it used to be for our sporting heroes. Recently such honours have been dished out like trifles at dinners celebrating not much more than… celebrity itself.

In their hase a longer period of thought, for example, might have weighed on gongs for some Olympians, who have subsequently found themselves embroiled in the swirl of drugs investigations.

Not to say that Hamilton in any way has ever abused any noxious substances. But time is on the side of this young man, so is there any real reason for not waiting to see how it all ends? 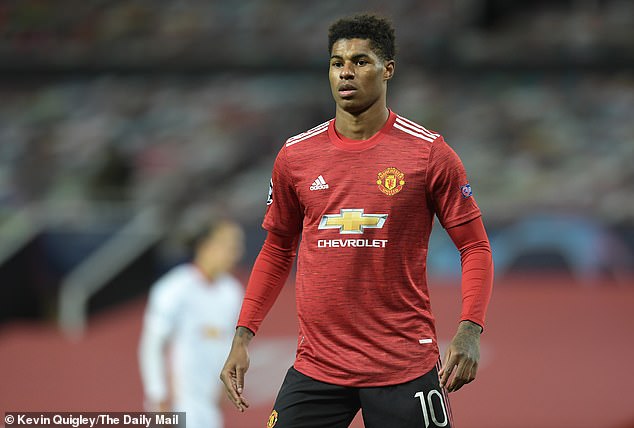 Hain, his sponsor, means well but has fallen distractedly into that speed trap from the depression of lockdown in Wales, where he was MP for Neath as well as a Labour minister before ascending to the Upper House.

Burnham will have the overwhelming majority of the country on Rashford’s side.

Given the division in public opinion of Hamilton, Hain may not find himself as popular as a peer this time as when he outed Sir Phillip Green under the protection of House of Commons privilege. 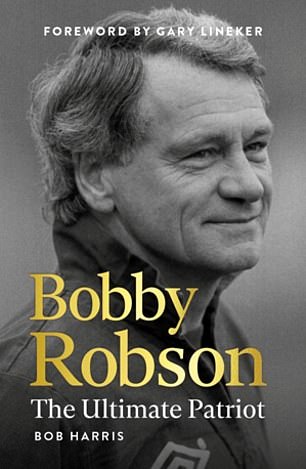 The writing of most books is a labour of love but for Bob Harris, once a fellow road warrior of mine, his bromance with Sir Bobby Robson lives on long after the grand old manager’s passing.

Bob has just authored his sixth biography of Bobby. That’s right SIX. That’s not far short of the total number of tomes devoted to Muhammad Ali by an array of America’s literary heavyweights.

The sixth draws on those volumes and goes on to expand into the definitive portrait of one of football’s most beloved personalities.

The sub-title for this book, The Ultimate Patriot, jars somewhat this close to Armistice Day but someone this devotedly immersed in any subject can be forgiven a little blinkered hyperbole.

Will there be a seventh? Bob’s not saying. But if he comes to realise that one corner of Bobby’s story remains unrevealed, don’t write it out. 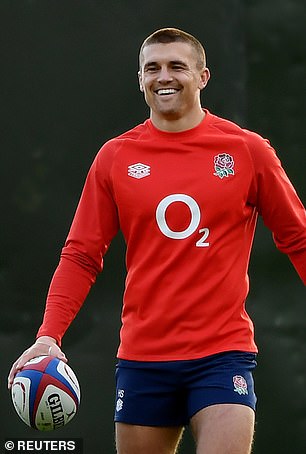 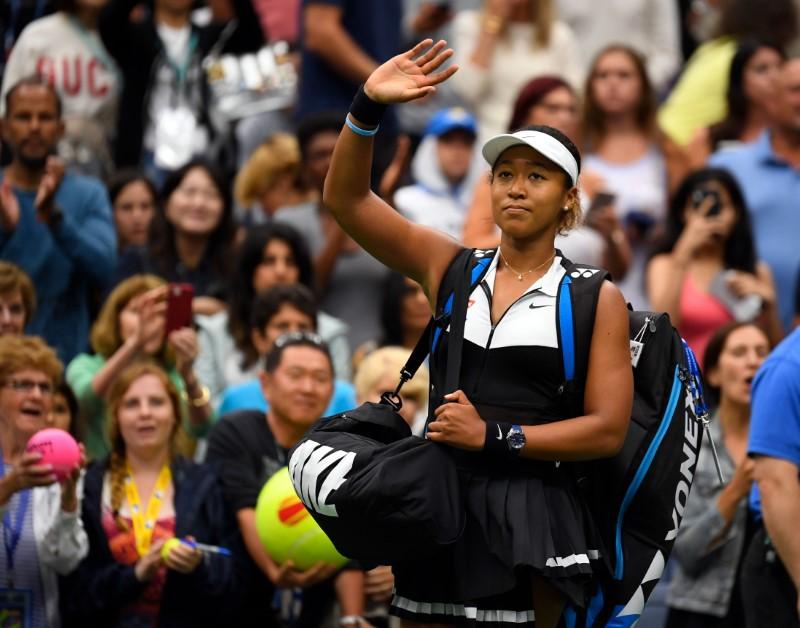 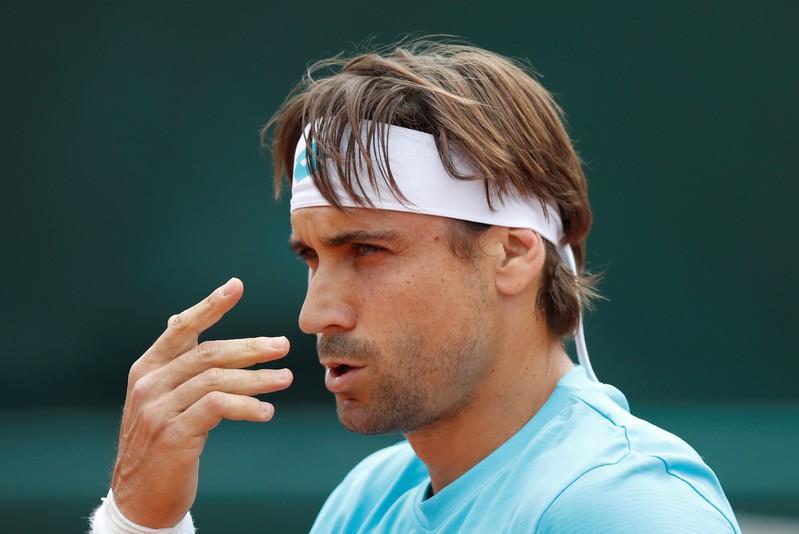 Veteran David Ferrer breezed past Dutchman Robin Haase 6-2, 6-1 on Tuesday to reach Round 2 of the ASB Classic in Auckland, […]