Dramatic video captured the moment an off-duty police officer witnessed a fatal shooting in a New York City deli before tackling and disarming the gunman.

The shooting happened at 6:15pm on Monday inside a deli in Jamaica, Queens right in front of the off-duty Brooklyn cop who didn’t hesitate to confront the shooter. 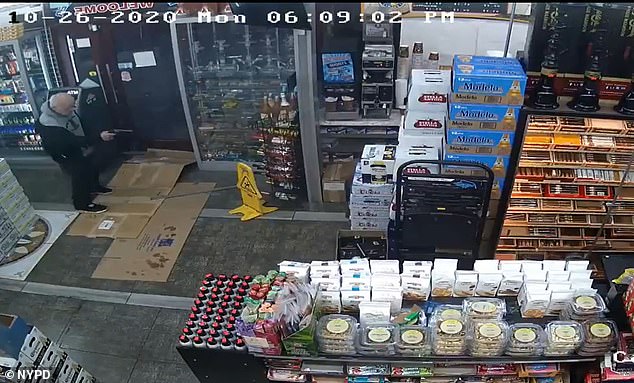 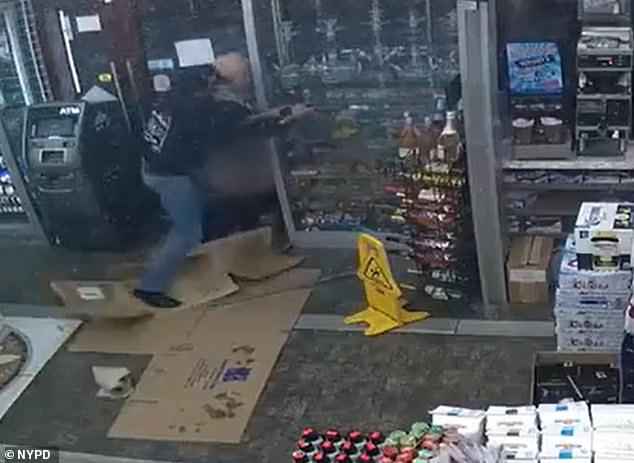 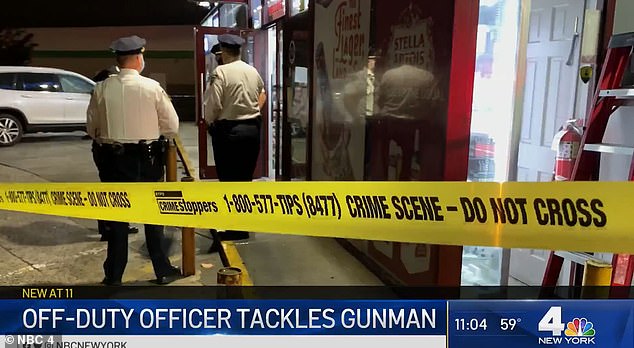 Officers are pictured standing outside the store where the incident occurred

Immediately, Officer Jason Maharaj tackled Cohen, wrestling the gun away from him and holding him down on the ground until uniformed officers arrived.

Police Commissioner Dermot Shea tweeted, ‘On & off-duty, your NYPD cops put their lives on the line to protect New Yorkers — it’s what they do.’

Later on Tuesday, Commissioner Shea called the officer a hero and posted the video alongside to Twitter.

‘Nothing short of Heroic. The moment after a man shot & killed a deli worker, off-duty NYPD Officer Maharaj, with out regard for his own safety, tackled the shooter, disarmed him & held him for responding cops,’ he tweeted. 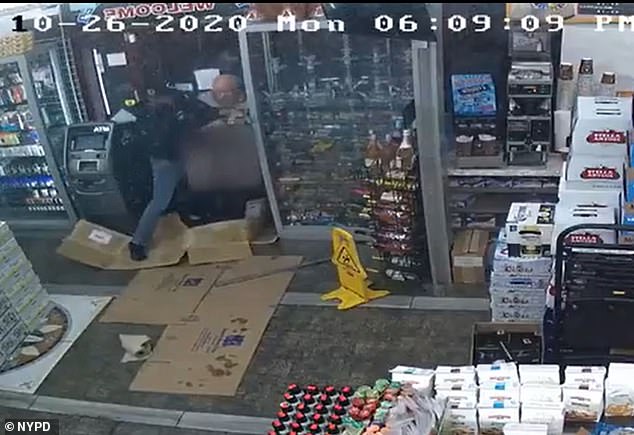 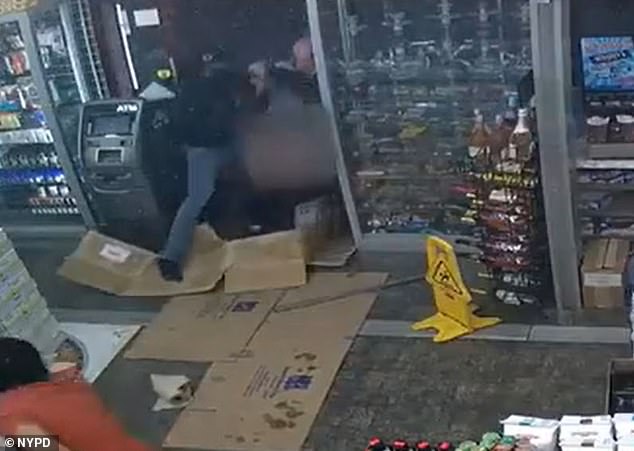 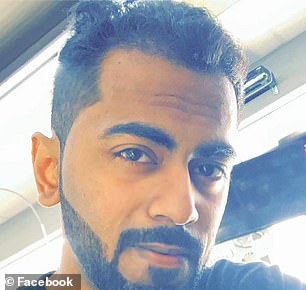 Mohmediyan Tarwala, 26, was shot and killed

Shea said during a press conference: ‘Yeah, Brooklyn police officer off duty just stops at a store. And while he’s inside he he hears a gunshot and that you know the tragedy here.

‘Somebody lost their life. And when he looks he sees the individual with the gun and makes a tactical decision. Tackles the individual, gets the gun, holds on for the responding police officers. And, as I said, tragically, the individual who was shot his life could not be saved.

‘But you know, awfully proud of the work of the police officer. Heroic actions, I think anyone would say, and quite dangerous. Thankfully that piece of it turned out OK, but just sad for the loss of life.’

The shooting victim, Mohmediyan Tarwala, 26, was pronounced dead in hospital.

Cohen, who police say is homeless, was arrested on charges for murder and possessing a weapon. 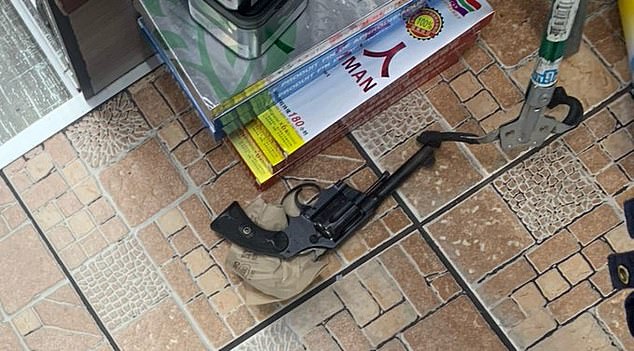 Police say that Cohen had been living in his minivan and gunned down Tarwala inside Crossbay Express, possibly because he’d been kicked out of the store earlier after having an argument with him.

Surveillance video shows Cohen first stepped inside Beer Town directly across the street where he asked workers to call 911 because he wasn’t feeling well.

Cohen left before help arrived, walked into the deli and opened fire where he fatally shot Tarwala.

‘He didn’t seem in any way violent, he just seemed like he needed help and I tried to provide that help for him. If he had a gun, I didn’t see it,’ said Chris Hanlon, a localo shopper, to NBC4. ‘It’s scary, it’s still sinking in at the moment. The shock hasn’t really hit me yet.’

It’s not clear if he has an attorney who can respond to the charges.

Joe Biden Brexit: Why is the President-Elect so concerned about the Good Friday Agreement?

House Democrats back Pelosi for speaker in next Congress

Trump's 'success over curbing China's US influence' a warning for Biden