The hugely popular video game Crash Bandicoot, first released in 1996 for the original PlayStation, is set to launch for iOS and Android devices next spring.

The new installment, Crash Bandicoot: On the Run!, which users will be able to download as an app on their smartphones, is being made by video game developers King, the company behind the hugely successful mobile game Candy Crush Saga.

Gamers will be able to simply tap the screen to control the Crash Bandicoot avatar through the fictional Wumpa Island in his quest to save the multiverse and avoid the clutches of the evil antagonist, Dr. Neo Cortex.

The free game is an endless runner, meaning players don’t have to control the mutant bandicoot’s forward momentum and instead focus on jumping over obstacles.

The game doesn’t have an officially confirmed launch date at the moment, although it’s listed on the Apple Store as being available from March 25. 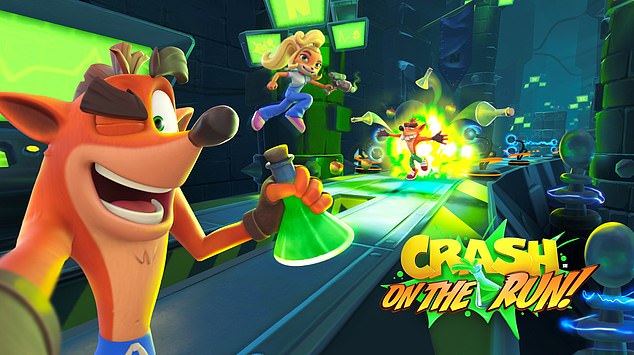 Crash Bandicoot: On the Run! is set to launch on mobile in Spring 2021. Fans can look forward to classic Crash gameplay for mobile, according to developers King. Pictured from left, Crash Bandicoot, his sister Coco Bandicoot and Fake Crash

‘Crash Bandicoot is back, but this time he’s on the run and on mobile!’ reads the game’s official blurb on Google Play and Apple Store.

‘That means high-speed battle runs across Wumpa Island to save the multiverse from the evil Dr. Neo Cortex, smash crates, avoid obstacles and run into your favourite characters.’

In Crash Bandicoot: On the Run!, players will have to avoid energy blasts and mutated blobs while smashing crates and collecting wumpa fruit – a cross between an apple and a mango – on the fictional archipelago near Tasmania, Australia. 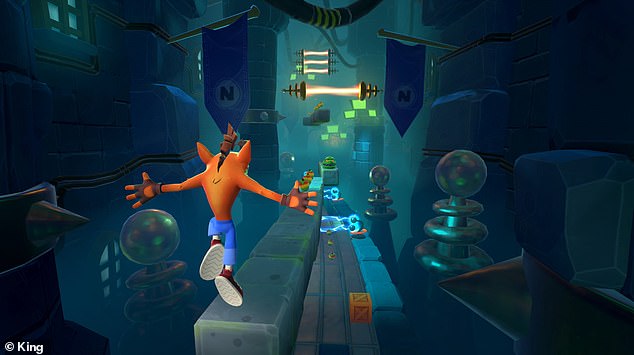 Crash Bandicoot: On the Run! is an endless runner, meaning players don’t have to control the mutant bandicoot’s forward momentum and have to tap the screen to make him jump 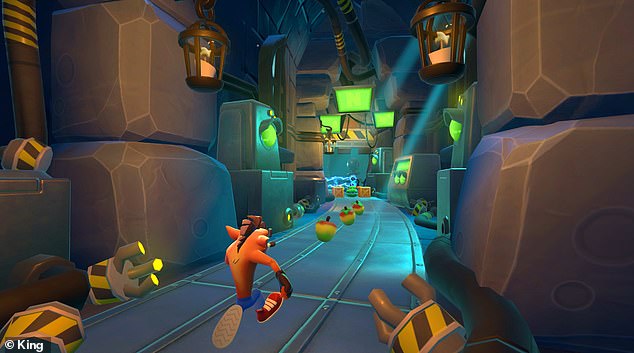 All the while, players will be battling their favourite bosses, earning rewards and building weapons and bases.

Gamers will be able to play on one of the most infamous levels from the original Crash Bandicoot game and N. Sane Trilogy, which was released in 2017 for consoles. 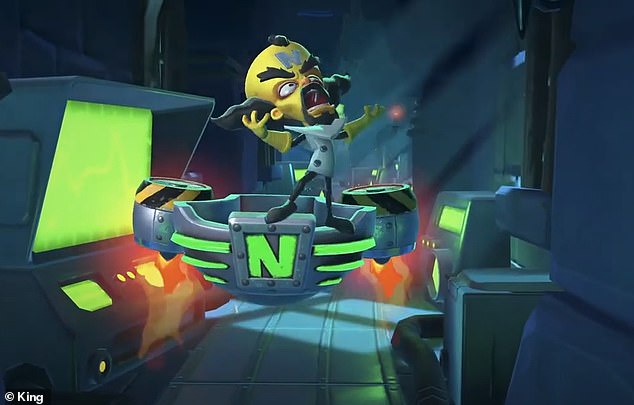 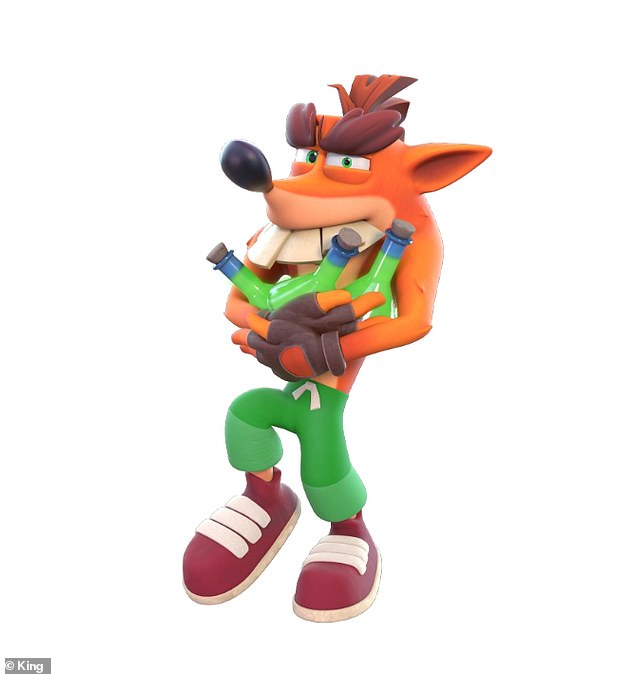 Shot of Fake Crash for the 2021 game, who has appeared as an unlockable playable character and boss through the history of the franchise

In ‘The Lab’, Crash Bandicoot will aim to defeat Dr. Cortex, who himself genetically engineered the mutant bandicoot before his escape.

Players will also have to navigate Fake Crash – the protagonist’s clueless doppelganger who tends to show up unexpectedly during the series, usually without much explanation.

As Crash, players will also get to team up with his highly intelligent younger sister Coco Bandicoot and spot enemies across the island.

They’ll also get to customise the Crash avatar and join friends on multiplayer mode, building their own unique bandicoot crew.

Crash Bandicoot: On the Run! is now available for pre-registration on Android and iOS-registration.

Crash Bandicoot: On the Run! is available for pre-registration on Android and now on iOS. Any player that pre-registers will receive an exclusive mobile Blue Hyena Skin on launch day, which fans may remember from 2019’s Crash Team Racing: Nitro Fueled

Users who have pre-registered games will receive a push notification letting them know the app or game is available for their device.

Eligible devices will have the app or game automatically downloaded and installed.

King said the game will be completely free to play but some optional in-game items will require payment. 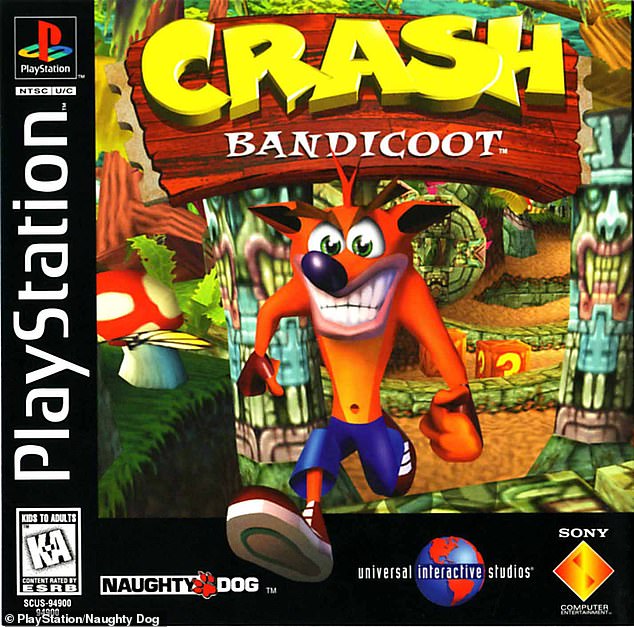 The first Crash Bandicoot computer game was originally developed by US firm Naughty Dog as an exclusive for Sony’s PlayStation console.

It went on to sell 6.8 million units and became the eighth-best selling game for the PlayStation, behind the likes of Harry Potter and the Philosopher’s Stone, Final Fantasy VII and top ranking seller, 1997’s Gran Turismo.

Follow-ups were developed for the PlayStation 2, Nintendo’s GameCube and handheld DS and Microsoft’s Xbox until 2010, when the series went on a seven-year hiatus.

A recent report said N. Sane Trilogy helped kick-start a ‘huge appetite for nostalgic gameplay’ in the UK, partly driven by adults who enjoyed the original as a kid in the 1990s. 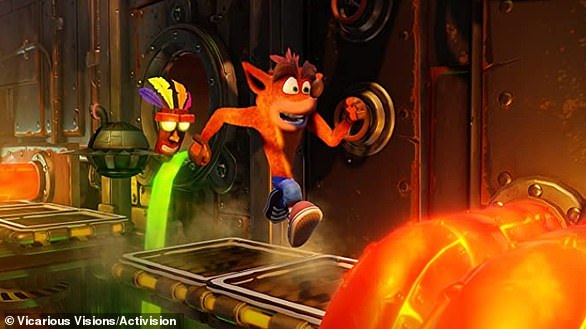 Crash Bandicoot N.Sane Trilogy (pictured) was released for the PS$ in June 2017 and the Switch the following year. Reboots of old games are proving popular among those who spent their childhood in the 1990s playing games

The trend for remastered games is playing a significant role in the growth of the gaming industry in the UK, according to Mobiles.co.uk.

The new UKIE UK Top Selling Games List for 2019 revealed that remakes and remastered games including Crash Bandicoot N.Sane Trilogy, Resident Evil 2 and The Legend of Zelda Link’s Awakening were amongst the top 100 best selling boxed games sold in 2019.

While the more recent Final Fantasy VII remake quickly became one of the PS4’s best selling game to date.

Still remaining in the top 20 for the UK’s best-selling games of 2019 two years after its release, Crash Bandicoot N.Sane Trilogy receives around 6,600 unique searches every month.

Its continuing popularity indicates that British gamers are becoming increasingly nostalgic when it comes to their gaming choices.

Crash Bandicoot also features at number 21 in the 2019 list.

The remaster spiked the interest of gamers in the UK with a 49 per cent increase in search volume over the past 12 months alone.

With an average of 27,100 monthly searches, the franchise’s decision to reboot this classic was certainly welcomed by the industry, indicating there is a huge appetite for nostalgic gameplay.

The final remaster included in the list of the top-selling games is The Legend of Zelda Link’s Awakening. 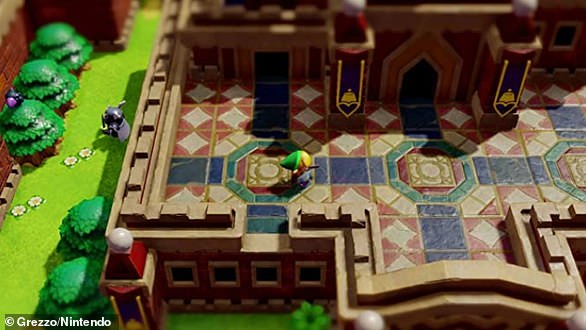 Screenshoot from the update of The Legend of Zelda: Link’s Awakening, released September 2019

Originally launched on the Game Boy in 1993, the remake was designed for the Nintendo Switch.

As of March 2020, the new Link’s Awakening had sold more than four million copies globally6, and it’s one of the best-selling games of all time for the Nintendo Switch.

90s teens are 69 per cent more likely than the national average to spend between 21 and 28 hours gaming every week, Mobiles.co.uk claims.

In 2019, the entire UK video game industry generated a huge £5.35 billion in revenue, with £3.77 billion of that total generated from video game software sales. There are 37.3 million gamers in the UK alone.

Lee Chambers, Psychologist and gaming expert, commented on the research: ‘Gaming and nostalgia are heavily interconnected, to the point where it fuels trends and shapes the industry direction.

‘Video games are incredible triggers for nostalgia, anchoring us back to an often carefree time, when we had fewer responsibilities and gaming became a social construct as groups of children all sat around in a bedroom socialising while playing.’

‘The reality of the industry is that nostalgic gamers are now the ones with purchasing power to relive past glories fighting dragons of their youth, while being decision-makers for buying games as presents for their children.

‘Your average early millennial is approaching 40. They don’t have the time they did as a child to form an emotional bond to a game’s story with life’s distractions, but a remake removes that barrier, making it all the more attractive.’ 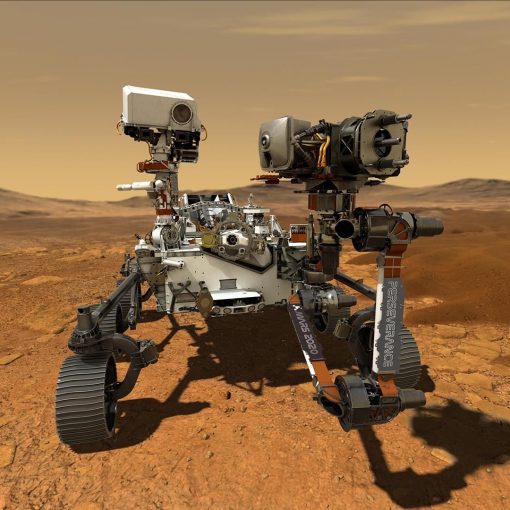 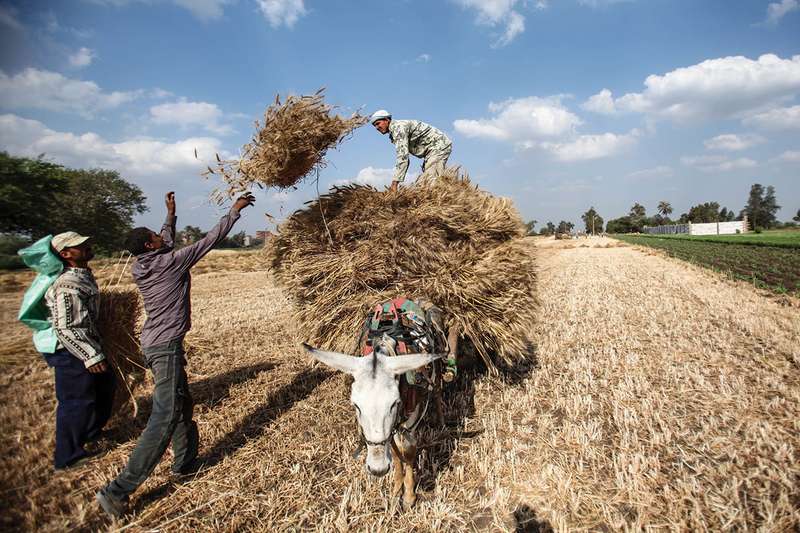 The switch to agricultural life may have been smoother than assumedXinhua / eyevine By Colin Barras It is a familiar tale: when […] 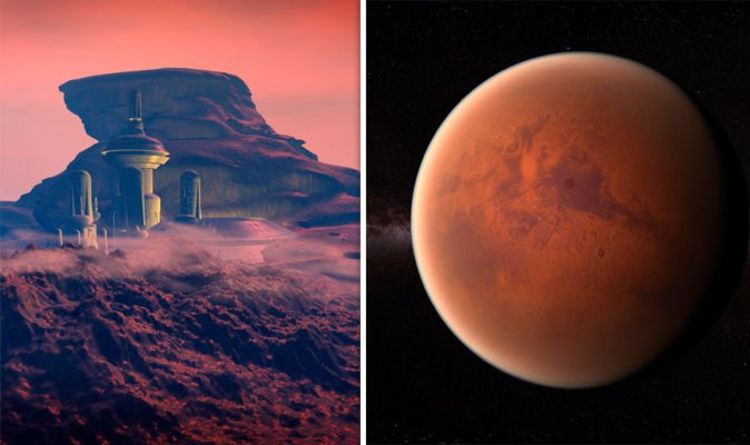 Space agencies such as NASA believe that when the technology is ready, humans will move to Mars and begin colonising it. However, […]

People are developing a dangerous standard More It took 12 women to push one man from his perch. Leslie Moonves, the chairman […]