Democratic presidential nominee Joe Biden and President Trump took different approaches on Tuesday, exactly one week before Election Day, with Biden campaigning in Georgia, a red state he hopes to flip, while Trump focused on making his final pitch in battleground states. Biden promised to heal a divided nation in a speech and two campaign ads, saying Americans “must free ourselves from the forces of darkness, from the forces of division, and the forces of yesterday.” Trump intensified challenges against mail-in voting, which Democrats are pushing to reduce the risk of coronavirus infection, saying without evidence that it would increase fraud. He also argued that the pandemic has been overstated, and attacked Biden as mentally weak and his running mate Sen. Kamala Harris (D-Calif.) as too liberal. “I’m the only one standing between you and the left-wing mob,” Trump told supporters in Wisconsin. [The New York Times, Milwaukee Journal Sentinel]

The Los Angeles Dodgers beat the Tampa Bay Rays, 3-1, in Game 6 of the 2020 World Series in Texas to win the team’s first baseball championship since 1988. The Rays took a 1-0 lead into the sixth inning, thanks largely to dominant pitching by starter Blake Snell, who struck out nine and allowed only two hits through 5 1/3 innings. The Dodgers then rallied, with Mookie Betts hitting a one-out double off reliever Nick Anderson that started a series-winning sixth-inning rally. “I’m not exactly sure why” Snell was removed, said Betts, who struck out twice against the starter. “I’m not going to ask any questions but he was pitching a great game.” The 2020 series, capping a coronavirus-shortened season, was the first played entirely at a neutral field. [NBC News, NPR]

U.S. taxpayers and President Trump’s supporters have paid a combined $8.1 million to Trump’s own businesses, including his Mar-a-Lago Club in Palm Beach, Florida, throughout his presidency, The Washington Post reported Tuesday, citing documents and public records. Trump has visited his properties around the world more than 280 times in office, bringing family, foreign leaders, and Secret Service protection with him. During a Mar-a-Lago summit with Shinzo Abe, then Japan’s prime minister, Trump’s aides stayed in a $2,600-per-night house, records show. When Trump met with China’s Xi Jinping, the club charged the government $7,700 for Trump and Xi’s dinner. White House spokesperson Judd Deere said any suggestion Trump used his office “as a way to profit off of taxpayers is an absolute disgrace and lie.” [The Washington Post]

Hundreds of people protested in Philadelphia for a second night on Tuesday following the fatal police shooting of Walter Wallace, a 27-year-old Black man. Police said Wallace ignored orders to put down a knife before officers shot him on Monday. Wallace’s parents said Tuesday that their son was having a mental health crisis and officers knew it, because they had been to the family’s house three times Monday. “When you come to a scene where somebody is in a mental crisis, and the only tool you have to deal with it is a gun … where are the proper tools for the job?” said the Wallace family’s attorney, Shaka Johnson. Police said the officers were responding to a report of a person with a weapon. Video footage shows Wallace being shot multiple times in front of onlookers. [The Guardian]

Nearly 70 million Americans have already cast ballots with Election Day still a week away, far more than usual as tensions flare and voters seek ways to reduce the risk of coronavirus infection by casting absentee ballots. That’s about half the total turnout from 2016. But postal delays and court decisions suggest dropping off ballots in person at this point is the better option to make sure mail-in ballots from now forward will be counted, election administration and postal experts say. Though the United States Postal Service is prioritizing ballots, service levels are slowed in some states, and there is a chance ballots will be misidentified. Voters who haven’t requested or received a ballot yet shouldn’t plan to vote by mail, experts say. [The Washington Post]

NXIVM cult leader Keith Raniere was sentenced Tuesday to 120 years in prison after his conviction last year on sex trafficking, forced labor conspiracy, human trafficking, and racketeering charges. The charismatic self-help guru founded and ran NXIVM, which he advertised as a professional development business. Prosecutors said the organization was a front Raniere used to traffic women and girls and mentally, physically, and sexually abuse them. Several victims read accounts of abuse at the sentencing hearing. Raniere said he was “deeply sorry,” and didn’t mean to cause so much pain. Other NXIVM members have pleaded guilty to charges related to the cult. NXIVM gained notoriety as the subject of the HBO docuseries The Vow. [The Hollywood Reporter, The New York Times]

A federal judge on Tuesday rejected a Justice Department request to defend President Trump in writer E. Jean Carroll’s defamation lawsuit. Carroll accused Trump in a book of raping her in a luxury department store dressing room in the 1990s. Trump denied the allegations and called her a liar, saying she made up her account to sell books. Carroll filed a defamation lawsuit in 2019, and the DOJ last month tried to take over Trump’s defense, arguing that Trump was acting in his official capacity when he denied Carroll’s allegations. Judge Lewis Kaplan said Trump “is not an ’employee of the government,’ as Congress defined that term,” so the lawsuit isn’t against the United States, as the Justice Department argued. The government didn’t immediately say whether it would appeal. [ABC News, CNN]

Twenty Republican former federal prosecutors signed an open letter released Tuesday endorsing Democratic presidential nominee Joe Biden in next week’s election, saying he would work to unify a divided country. They called President Trump “a threat to the rule of law in our country,” and accused him of politicizing the Justice Department, and using it “to serve his personal and political interests.” The letter was organized by Ken Wainstein, who served as the U.S. attorney in Washington and a top national security adviser under President George W. Bush. The prosecutors were the latest in a series of prominent Republicans who have announced their support for Biden in the run-up to the November election. Hogan Gidley, a spokesman for the Trump campaign, dismissed the letter, saying nobody “should be surprised establishment elitists are supporting Joe Biden.” [The New York Times]

Hurricane Zeta, which weakened to tropical-storm status crossing Mexico’s Yucatan Peninsula but strengthened again over the Gulf of Mexico, is likely to hit the U.S. Gulf Coast late Wednesday as a Category 1 hurricane, according to National Hurricane Center forecasters. The storm’s top sustained winds reached 85 miles per hours early Wednesday. Parts of Louisiana, including New Orleans, and Mississippi are now under hurricane warnings. “This is a life-threatening situation,” the hurricane center said Tuesday. Louisiana Gov. John Bel Edwards asked President Trump to declare a federal emergency to speed up the response. “I anticipate the need for emergency protective measures, evacuations, and sheltering for high-risk areas,” Edwards wrote. If Zeta hits as a hurricane, it will be the latest hurricane to hit the continental U.S. since 1985. [NPR, National Hurricane Center]

Apple TV+ on Tuesday announced it has signed a deal with comedian Jon Stewart for multiple seasons of a new current affairs show. This will be Stewart’s first return to television since his departure from The Daily Show in 2015, when Trevor Noah took over as host. Stewart’s new show will be a “one-hour, single-issue series” that will “explore topics that are currently part of the national conversation and his advocacy work,” and each season will be accompanied by a companion podcast. Stewart told The New York Times in June he “sometimes” wishes he still had his own show, “but not the one that I had … My efficacy for that kind of conversation has passed.” [Variety, The Hollywood Reporter]

More stories from theweek.com
Republicans are on the verge of a spectacular upside-down achievement
The very different emotional lives of Trump and Biden voters
Middle-finger voting is driving the entire country mad 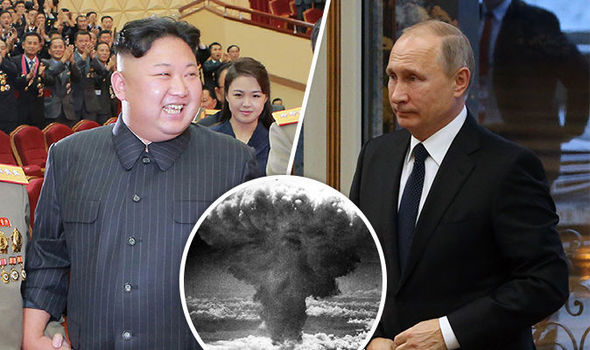 Following North Korea’s declaration earlier this week that it now has nuclear capability to target the whole of the US, Russia’s Security […] 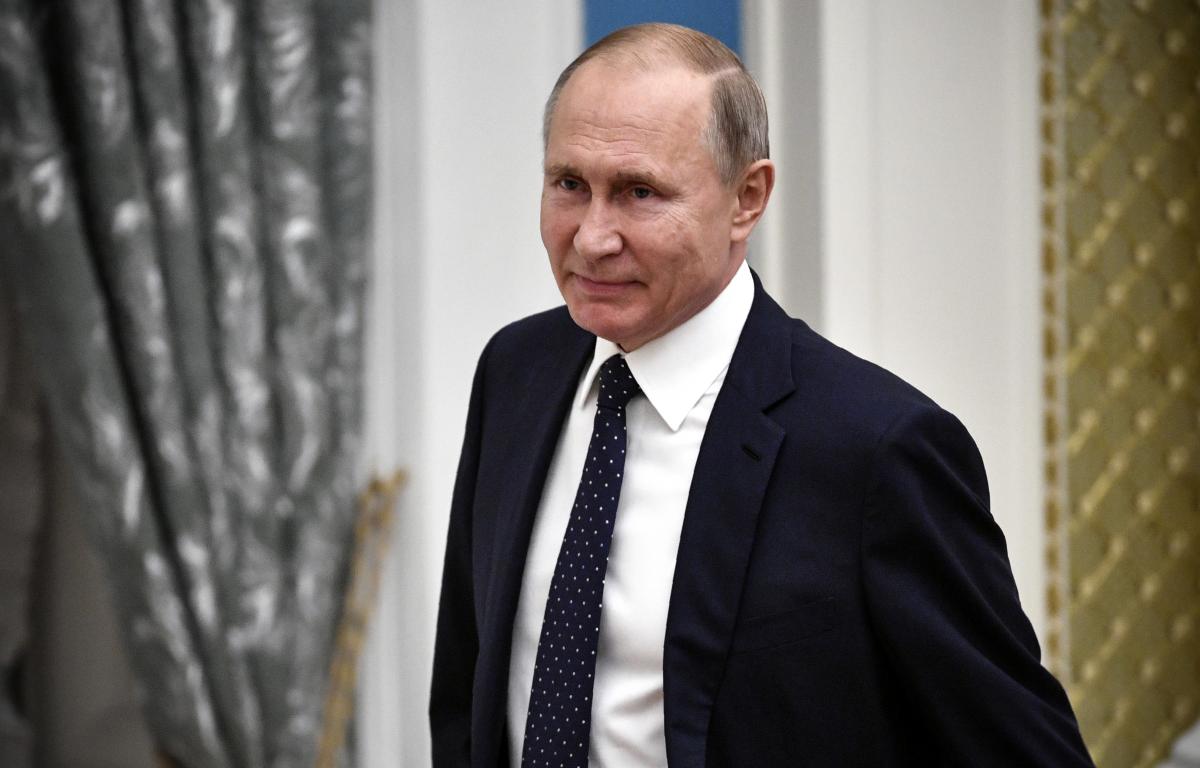 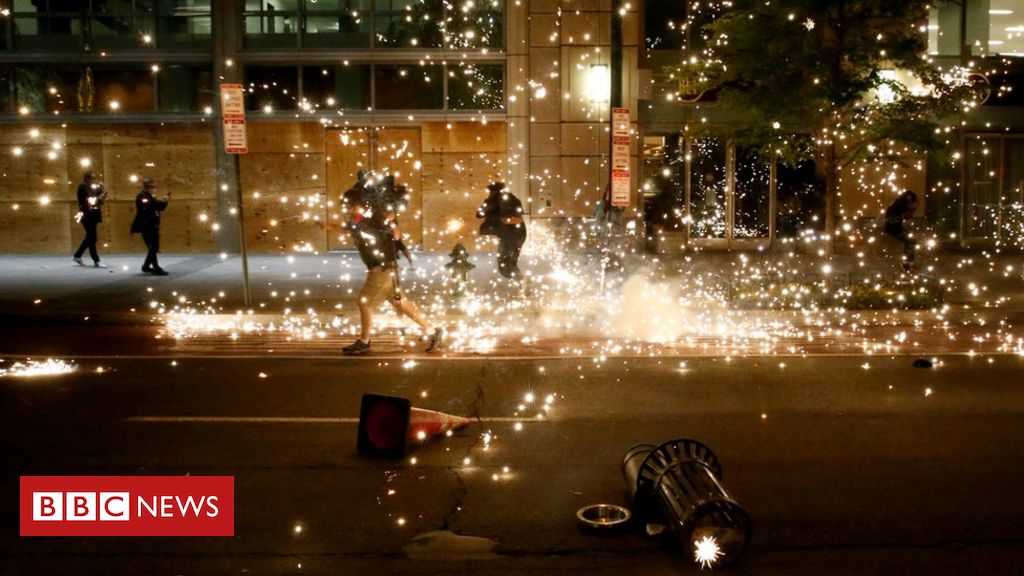 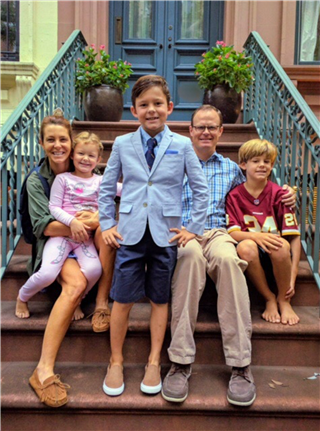 Get the Better newsletter. SUBSCRIBE I am a fully committed woman: an MSNBC TV anchor, an NBC correspondent, a mother of three, […]