Khabib Nurmagomedov has revealed the extent of the damage to his broken foot just 16 days out from his win over Justin Gaethje at UFC 254.

The undefeated Russian showed no ill effects during his second-round submission victory, after which he stunned the MMA world by retiring having promised his mother it would be the last fight without late father Abdulmanap there.

Khabib has now shared pictures on his Instagram page, one of an X-ray of a broken toe and another snap of his swollen left foot. 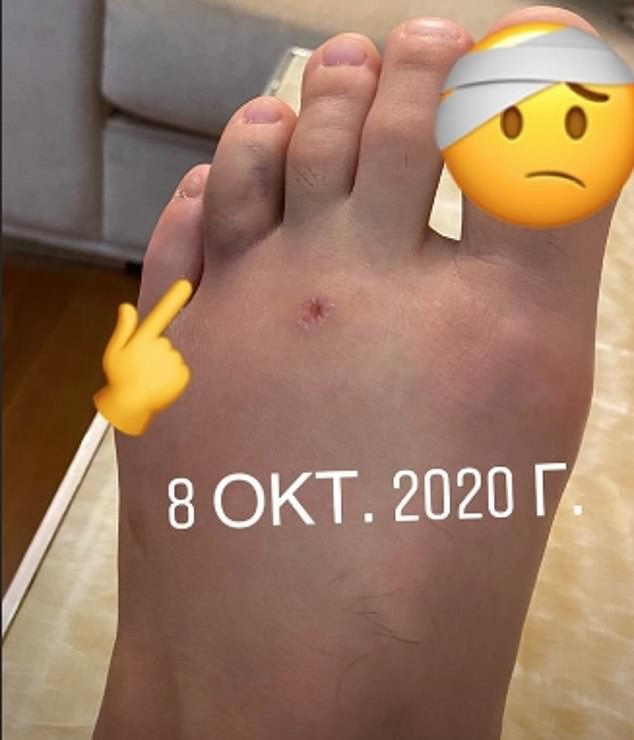 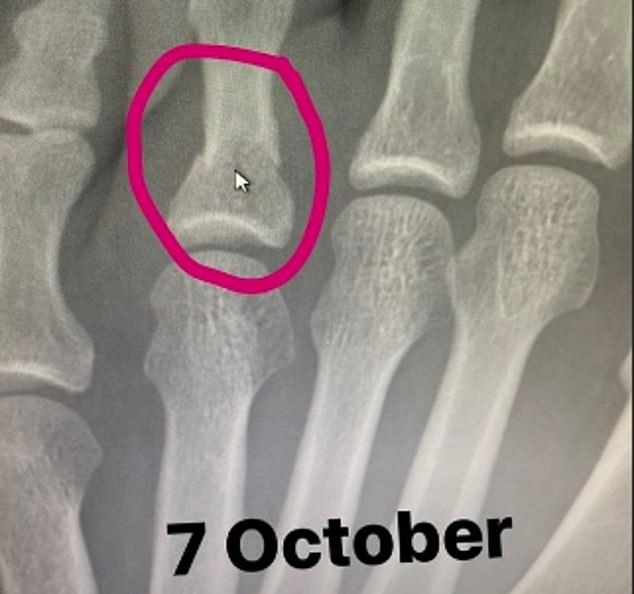 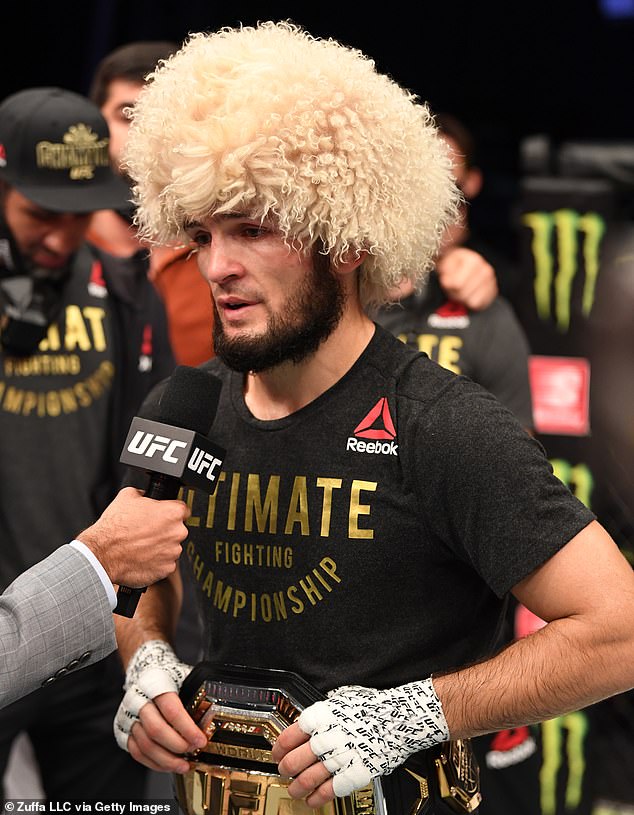 Both pictures have the dates written on by Khabib, one on October 7 and the other October 8.

It is yet to be revealed how much the injury hindered his training in the run-up to his lightweight title defence against Gaethje but the performance itself was typically dominant.

UFC president Dana White was the first man to reveal the news in his post-fight press conference.

He said: ‘What this guy’s been through, we’re all lucky that we got to see him fight tonight.

‘And I’m hearing rumours of other things that I didn’t know about that you guys will hear about when he comes out later. Apparently, he was in the hospital. He broke his foot. Three weeks ago. 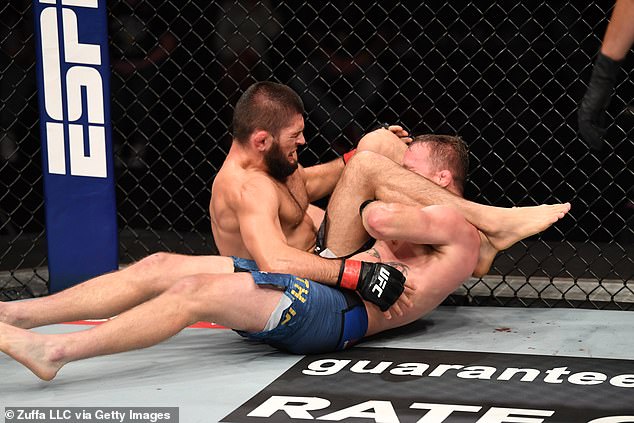 ‘He has two broken toes and a bone in his foot that’s broken, or something like that. That’s what his corner was telling me.

‘He is one of the toughest human beings on the planet and he’s the number one pound-for-pound fighter in the world.’

Khabib absorbed some heavy leg kicks from Gaethje in the fight but his injured foot appeared to hold up well. Perhaps if the fight had moved into the championship rounds there would have been more of an issue.

In any event, the champion took Gaethje down in the second round and swiftly locked up a triangle choke, opting against an arm-bar as he did not want to inflict unnecessary pain on Gaethje in front of his watching parents, according to Daniel Cormier. 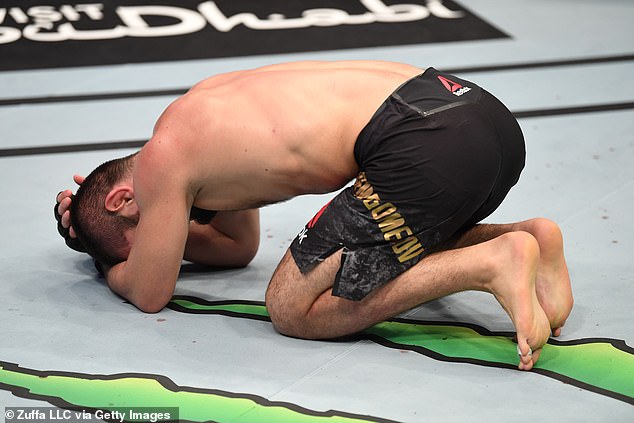 Khabib was clearly overcome with emotion in the immediate aftermath, thinking about his late father Abdulmanap who also trained him from the age of three.

He regathered his composure to announce his retirement during his interview in the octagon and even those closest to him, including head coach Javier Mendez, had no idea.

Khabib departs the sport at the top of his game and even if he never returns, will be remembered as one of the greats. 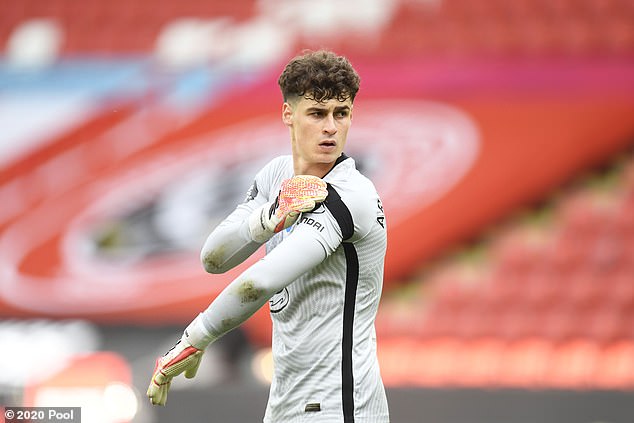 Chelsea ARE on the lookout for a new goalkeeper, admits club legend Petr Cech… but he insists that ‘nobody is giving up’ […] 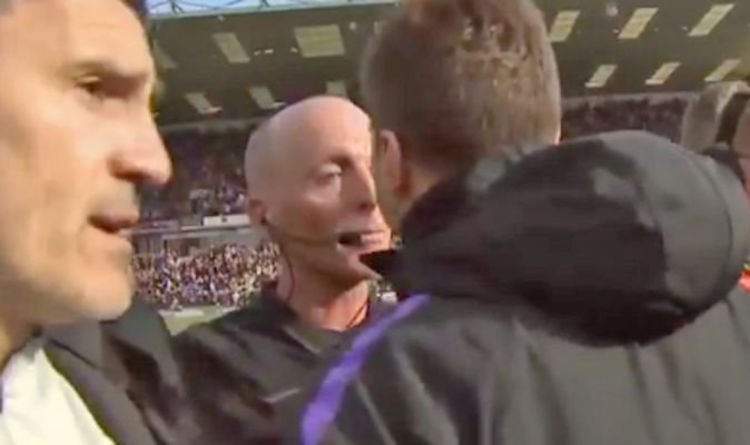 The Tottenham boss was fuming as his side went down 2-1 at the Premier League strugglers. Pochettino confronted referee Mike Dean at […]

Stephens, who was ranked 957 in the world in July after undergoing foot surgery earlier in the year, came through in straight […]

The defending champion Judd Trump crashed out of the world championship after a 13-9 defeat against the eighth seed Kyren Wilson. Trump […]