The PlayStation 5 launch is just two weeks away, close enough for us to already have a retail unit ourselves. From our time with the console, we know it’s a whole five inches bigger than the launch PlayStation 4, and have first-hand experience using the new and improved DualSense controller.

But that’s hardware — you don’t buy a new console for the hardware. There are many reasons to be excited about the PS5 but many of them, like God of War: Ragnarok and Horizon Forbidden West, are for 2021 and beyond. If you were one of the lucky ones that secured a preorder for Sony’s new console, what games will you be able to play on Nov. 12 when the PS5 launches?

The PS5 has fewer games on day one than the Xbox Series X, which is reeling from the delay of Halo: Infinite, but more PlayStation exclusives. Below are the games you’ll be able to play on Nov. 12.

Note: Not included on this list is Ratchet and Clank: Rift Apart, which will release during the PS5’s “launch window.” Also in the launch period is Watch Dogs Legion, which will hit the PS5 on Nov. 24.

Super hard action adventure games are now described as “like Dark Souls but.” Demon’s Souls was the precursor to Dark Souls, released by From Software back in 2009, two years before the studio hit big with Dark Souls. Demon’s Souls is now being remade exclusively for the PlayStation 5.

Spider-Man: Miles Morales has been likened to Uncharted: Lost Legacy. That game was an expansion for Uncharted 4: Clocking in at around 7 hours, it was somewhere between DLC and a full-blown spinoff title. And it totally ruled. Miles Morales promises to be that for 2018’s Spider-Man, and it’ll launch on both the PlayStation 5 and the PlayStation 4.

Sackboy: A Big Adventure takes the hero from LittleBigPlanet and gives him a more traditional 3D platformer. Developed by Sumo Digital, the team behind LittleBigPlanet 3 and Forza Horizon 2, this game will be worth playing if it has half the charm of LittleBigPlanet.

Godfall is a new IP, and it looks gnarly. Set in a fantasy world and published by Gearbox, which develops the Borderlands series, it’s an action RPG that puts you in control of one of the last members of the elite Knights Order. We don’t know a whole lot about the game or its story yet, but it looks like it has plenty of potential.

In Bugsnax, you play an investigative reporter who travels to a mysterious island that, a source tells you, is inhabited by half-bug half-snack creatures. When you get there, you find that your source has gone missing. This colorful adventure game is from the same developers who brought you Octodad: Dadliest Catch, which means it’s likely to be quirky, funny and just a touch strange.

Astro’s Playroom is a cutesy platformer that comes loaded onto every PS5 console. It’s essentially a tech demo that’ll show you what the PlayStation 5 hardware — both the console itself, as well as the DualSense controller — is capable of. But “tech demo” may be underselling it, as its predecessor, Astro Bot Rescue Mission, is highly regarded.

Twisted Metal this is not, but vehicular mayhem is making its way back to PlayStation. This exclusive, from Lucid Games, is an automotive combat game that takes place in huge arenas in which you’ll destroy each other for the pleasure of millions.

In 2016 Abzû launched and hypnotized many with its art style. Now its developer, Giant Squid, is launching its follow up game, The Pathless. Following an archer’s journey through a forest, it looks similarly dazzling.

Assassin’s Creed Valhalla takes you to 873AD, when the Vikings begin expanding into England and Europe. It’s launching on Nov. 10 on every other console, with the PlayStation 5 version releasing alongside the console on Nov. 12.

NBA 2K21 is already playable on current-generation consoles, but makes the jump to the PS5 on Nov. 12. Slightly controversially, it’ll cost you an extra $10 on PS5 and Xbox Series X.

Devil May Cry V Special Edition takes the excellent 2019 action game from Capcom and adds a bunch of technical improvements. It supports ray tracing, and can be played up to 120 frames-per-second. Most importantly, you can also play as Virgil, lead-character Dante’s sinister brother. It’ll be available digitally for PS5 and Xbox Series X.

Borderlands 3 is coming to both the PlayStation 5 and Xbox Series X on their respective launch days. It takes the PS4/Xbox One version and kicks it up to 4K resolution at 60 frames-per-second. More importantly, there’ll be gameplay upgrades: The inclusion of local split-screen co-op play, a new game mode, and added skill trees for all character classes. Best of all, if you already own it on PS4 you can play it on your PS5 for free.

Fortnite is coming to both the PS5 and the Xbox Series X. Epic Games says the game will be optimized for its launch on next-gen hardware and will next year migrate from Unreal Engine 4, the architecture it’s currently built on, to Unreal Engine 5 sometime next year. That’ll be where the big changes come.

Some good news: If you own Destiny 2 on PS4, you’ll get a free copy of the game on PS5. More good news: Beyond Light, a major expansion for Destiny 2 that Bungie says will mark a new era for the franchise, will be available on launch day.

Observer was a 2017 PC game set in post-apocalyptic Krakow. You play as Daniel Lazarski, a mind-hacking “Observer” — essentially a policeman with mind-reading technology — and spend the game investigating a harrowing Krakow slum. It’s an intense horror experience, but one you’ll remember for a long time. Observer: System Redux is a remastered version for the PlayStation 5 and Xbox Series X.

OK, technically this isn’t a launch game. But it’s close enough: Call of Duty Black Ops: Cold War hits the PlayStation 5 on Nov. 13, a day after the console’s release. That’s the same day it launches on PS4, Xbox One, Xbox Series X and PC. 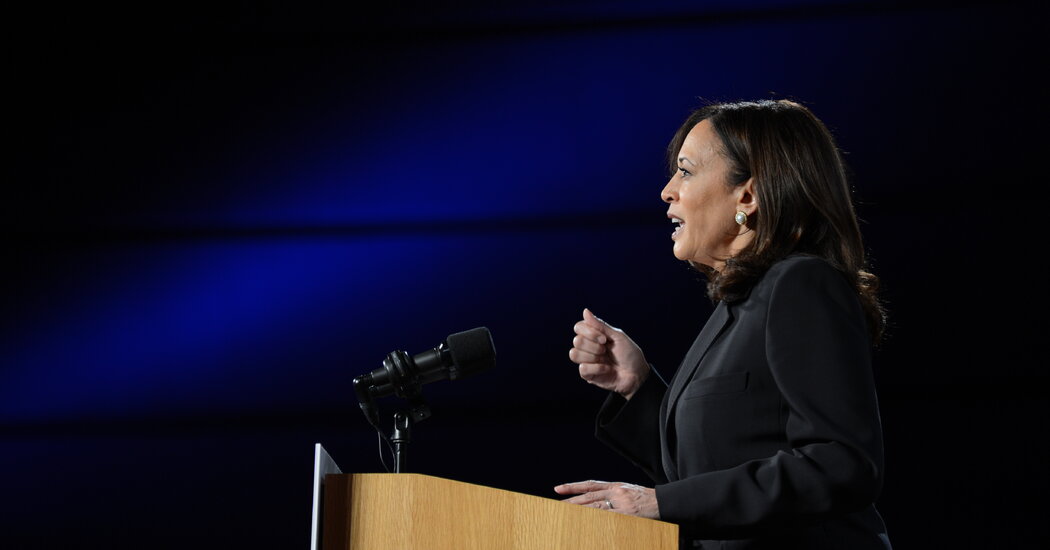 Toxic misinformation has continued reaching new heights in 2020. One sign of that? “Birtherism” misinformation about Senator Kamala Harris, the Democratic vice-presidential […] 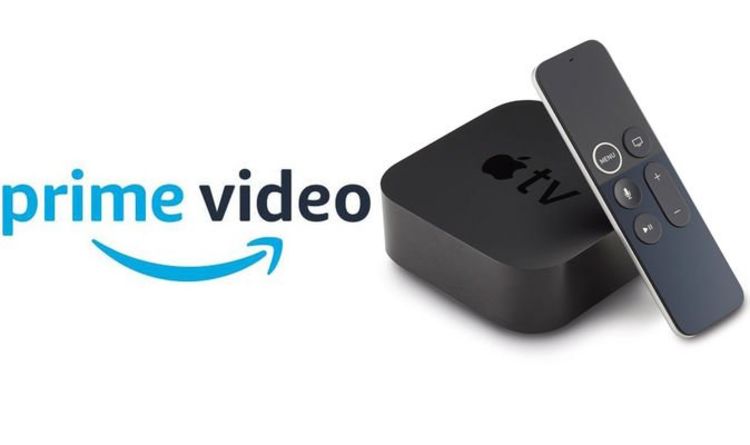 Many of Amazon Prime’s millions of users will be eager to access the premium subscription service’s shows via their Apple TV. Amazon […] 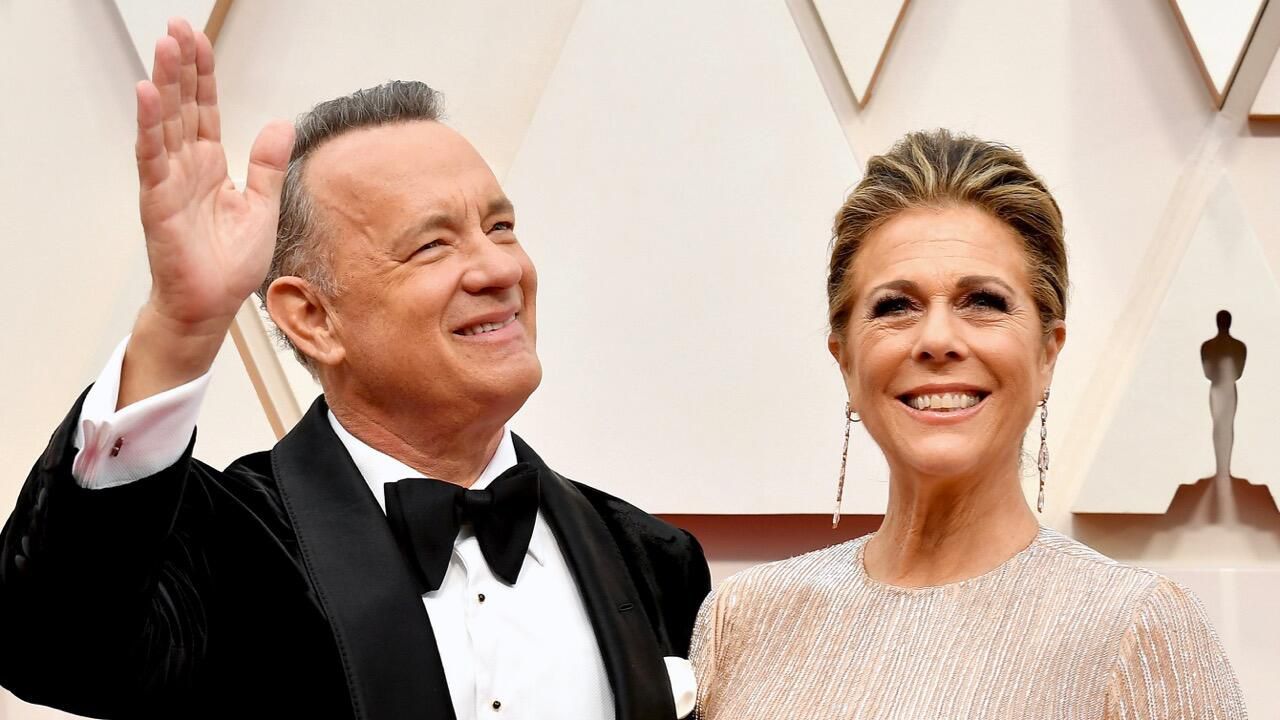 Tom Hanks and Rita Wilson on the red carpet. Amy Sussman/Getty Images For the most up-to-date news and information about the coronavirus […] 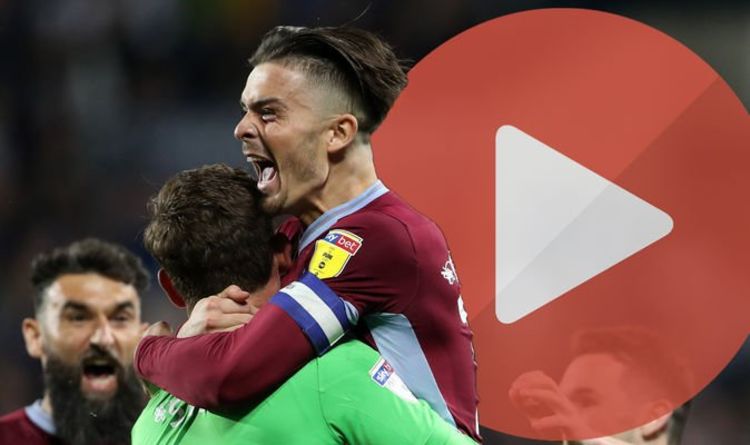