Future astronauts headed to the moon may have an easier time finding and digging up frozen water than had been thought.

Scientists reported on Monday that in addition to big, frigid, deep, potentially treacherous craters in the moon’s polar regions, smaller and shallower depressions in the same areas may also be cold enough to hold onto water ice for millions, if not billions, of years.

These small water ice deposits could be a “real game changer,” said Paul O. Hayne, a professor of astrophysical and planetary sciences at the University of Colorado. “It could make it much more accessible to future astronauts and rover missions.”

The presence of ice on the moon has made the moon’s South Pole a desired destination for a number of robotic missions by NASA, China and other space programs.

In a paper published on Monday in the journal Nature Astronomy, Dr. Hayne and his colleagues reported their findings on what they call micro cold traps — small patches of the moon that can be among the coldest places in the solar system, with temperatures dipping down to minus-400 degrees Fahrenheit. That is so cold that anything that lands there rarely leaves.

In a second paper published in Monday’s Nature Astronomy, other scientists used SOFIA, an infrared telescope mounted inside a 747 jumbo jet, to make observations that unambiguously demonstrate the water is indeed there on the moon.

The moon was once thought to be dry. But in the late 1990s, a NASA mission called Lunar Prospector found hints of ice in craters near the north and south poles, a finding that was strengthened during observations by later spacecraft. But landing in a big, cold, dark crater is potentially dangerous and not the easiest of places to work.

Back in 2014, Dr. Hayne started wondering if there might be other parts of the moon that also remain frigid. The axis of the moon is tilted only 1.5 degrees and does not wobble much. That means the path of the sun through the lunar sky does not change, and even small, shallow craters near the poles can lie in permanent shadow.

“The sun never rises higher than 10 degrees in the sky,” Dr. Hayne said. “The sunlight is coming in at very grazing angles so they don’t need to be very deep at all. Just a fraction of a centimeter is sufficient.”

In addition, the rocks and soil on the moon do not easily conduct heat, and even a shadowed patch less than an inch across could still be cold enough to trap water.

Using images from NASA’s Lunar Reconnaissance Orbiter, which has been orbiting the moon since 2009, the scientists calculated that such micro cold traps could add up to 15,000 square miles of the lunar surface where ice could exist. They could not estimate the volume of water because they do not know how deep the water deposits extend.

The larger craters still constitute a large fraction of the permanently shadowed regions.

The accumulated layers of ice could record billions of years of the solar system’s history, almost like tree rings. “Where did Earth’s water come from?” Dr. Hayne said. “That’s still an open question.”

Knowledge of water on the moon “helps us understand the origins of Earth’s water,” he said.

NASA is scheduled to send a small robotic lander to the moon’s South Pole in 2022. An infrared camera on board built by a team led by Dr. Hayne will “be able to tell, to test our hypothesis directly for the first time,” he said.

In the observations taken by NASA’s flying telescope, scientists were able to observe a wavelength of infrared light emitted by water molecules. Those emissions were seen in the Clavius crater near the South Pole but not near the lunar Equator where temperatures get warmer.

The infrared measurement, at a wavelength of six microns, is a “unique fingerprint” of water, said Casey I. Honniball, a postdoctoral researcher at NASA’s Goddard Spaceflight Center in Greenbelt, Md., and lead author of the report in Nature Astronomy. “That can’t be confused with hydroxyl.”

These observations cannot be performed from Earth’s surface because there is too much water in the lower atmosphere. Additionally, no lunar spacecraft, present or planned, has an instrument to examine this particular wavelength.

But SOFIA can. The aircraft, NASA’s Stratospheric Observatory for Infrared Astronomy, is a 747 with a sliding door that opens to allow a 106-inch, 17-ton telescope to peer into the night sky. Flying at an altitude of some 40,000 feet, SOFIA’s telescope operates above most of the atmosphere.

The SOFIA results are in rough agreement with earlier measurements and do not change the estimate of the amount of water in the craters.

Dr. Honniball’s measurements also show that water exists not only in the permanently shadowed craters, and that the water in Clavius could not be in the form of ice.

Instead, she said the water molecules were trapped within beads of glass formed by micrometeorite impacts or between grains of soil.

In recent years, SOFIA has continued flying despite repeated efforts by the Obama and Trump administrations to end the program. Each time, Congress has restored financing, and it would have been impossible to make these observations without the plane. 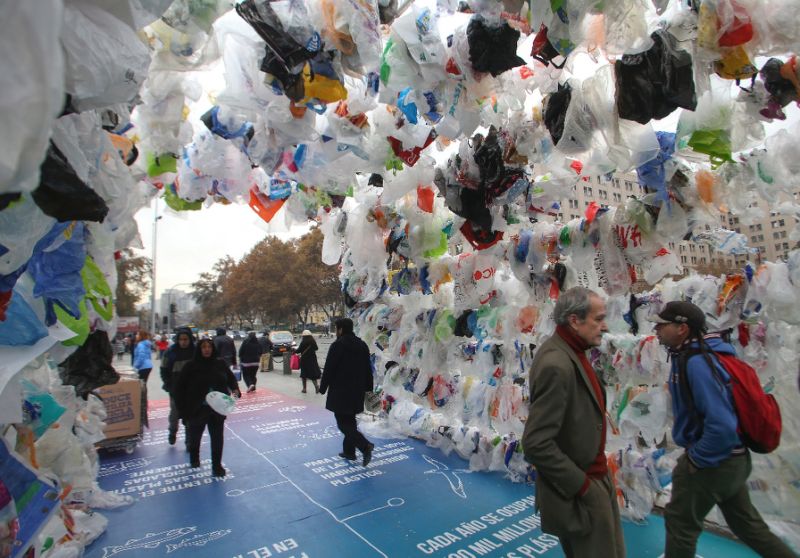 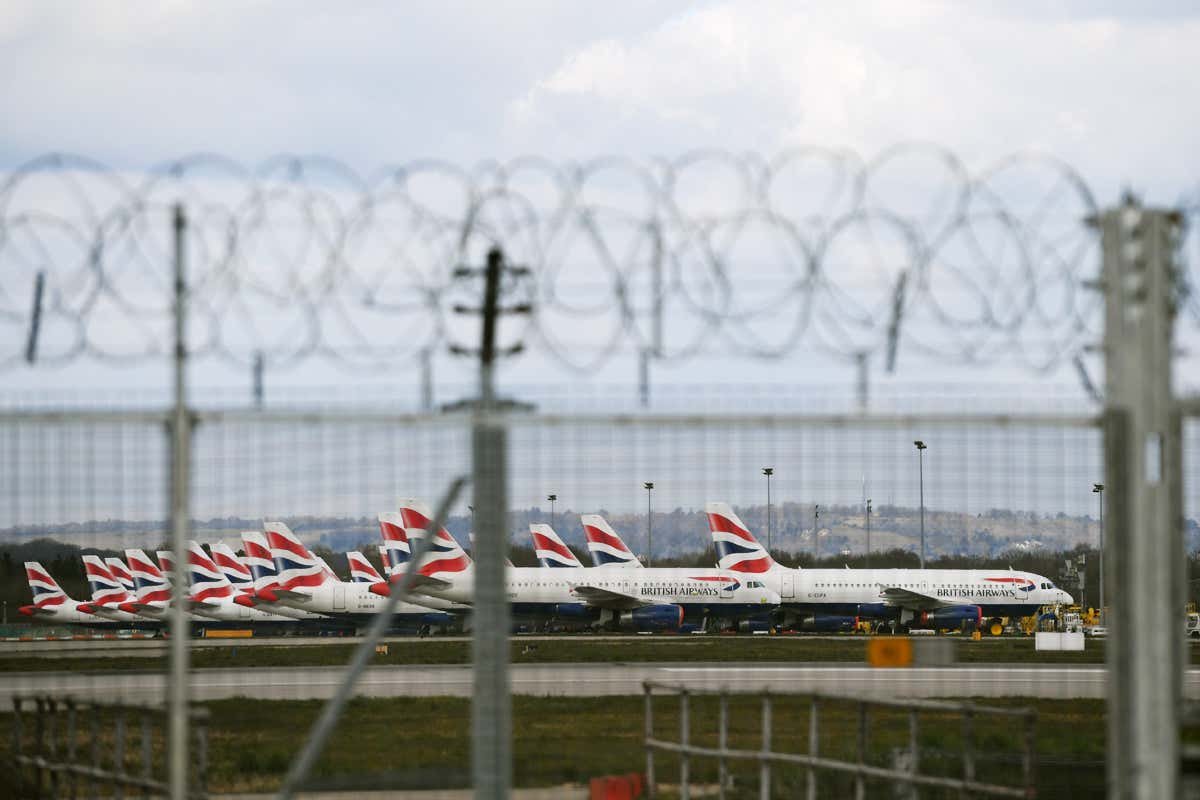 By Sam Wong , Adam Vaughan , Conrad Quilty-Harper and Layal Liverpool British Airways planes parked up in a row at Gatwick […] 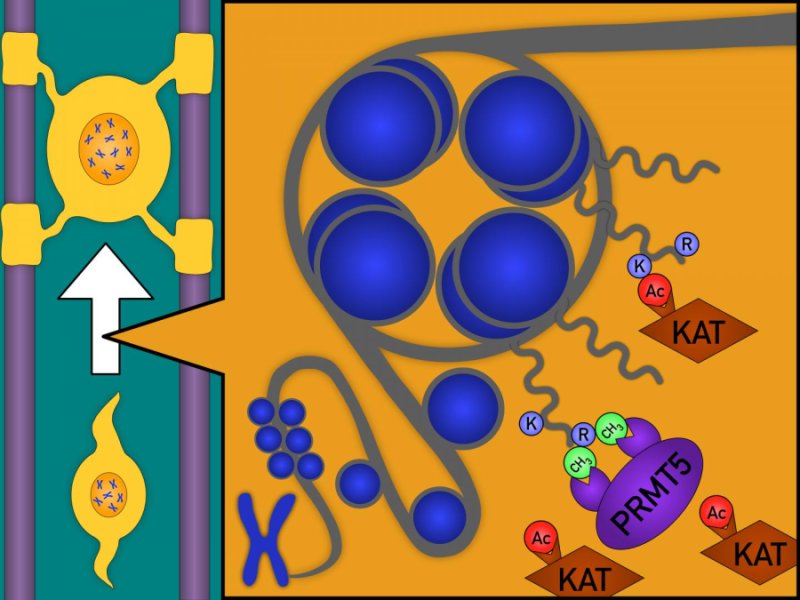 A new article explains how researchers have uncovered the role of a protein known as ‘PRMT5’ in the production of myelin and, […] 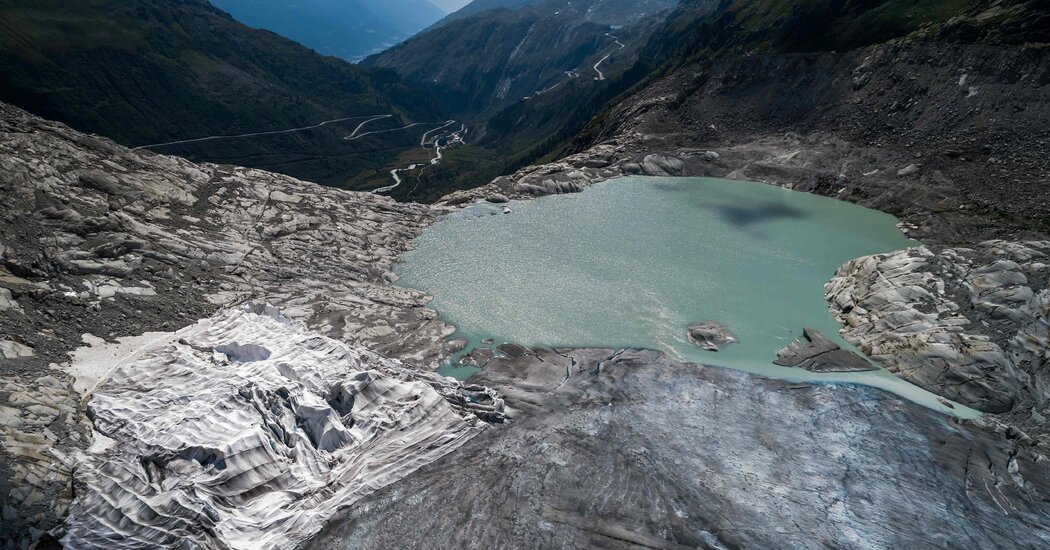 Nearly freezing and often an otherworldly shade of blue, glacial lakes form as glaciers melt and retreat. These lakes are a source […]