Spain has declared a second nation-wide state of emergency covering all regions except the Canary Islands to tackle a surge in coronavirus cases.

The new state of emergency will initially last for 15 days but the Government plans to ask parliament for a six-month extension, meaning the restrictions could be enforced until early May 2021.

An overnight curfew will be enforced between 11pm until 6am starting on Sunday night.

Regions have the power to limit movement in and out of their territories, and could also extend the curfew by an hour on either end depending on local conditions.

This week saw Spain becoming the first European country to record more than a million cases of the virus – and almost 35,000 people have died from it. 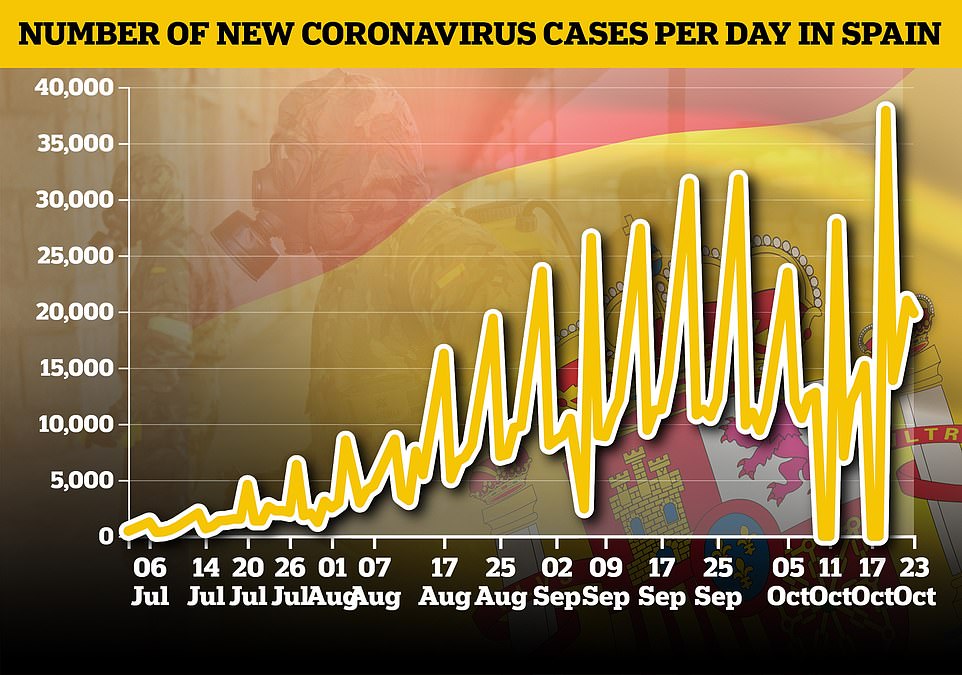 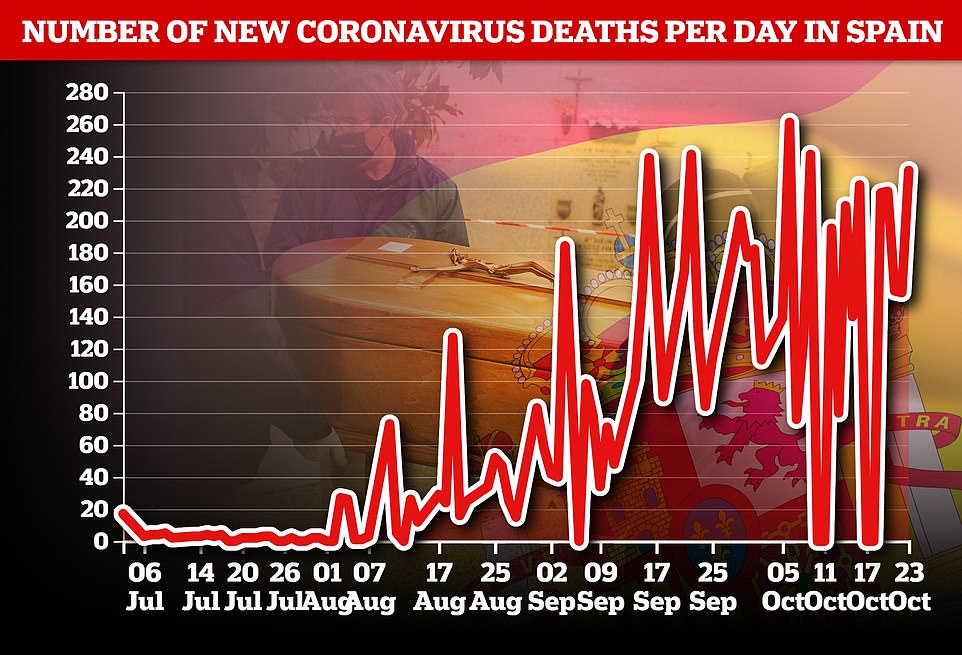 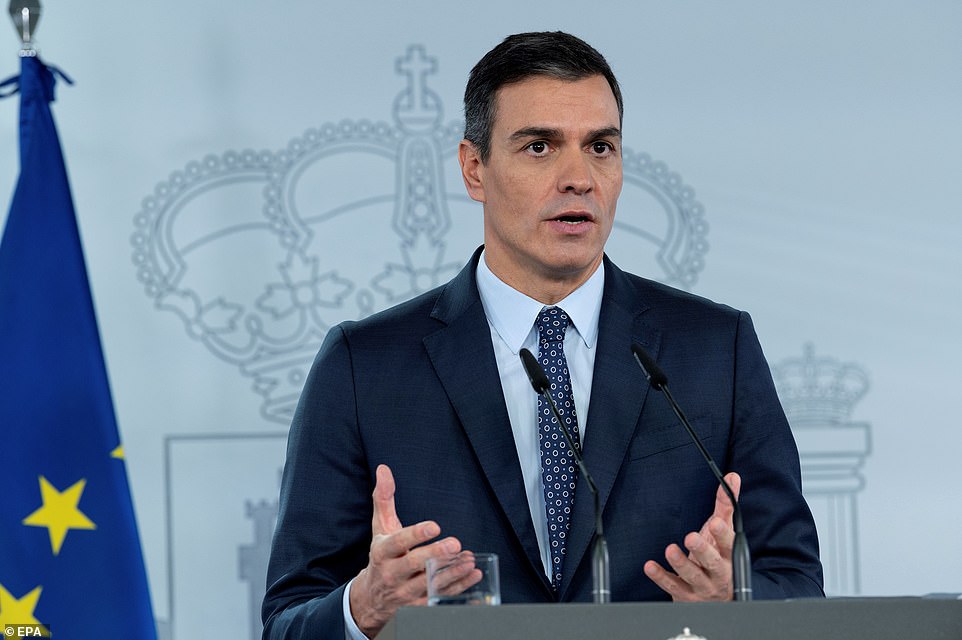 Spain has declared a second nation-wide state of emergency covering all regions except the Canary Islands to tackle a surge in coronavirus cases. Pictured: Prime Minister Pedro Sanchez View of a deserted Plaza Mayor at 12pm as part of a city-wide night time curfew in Madrid, Spain on October 24 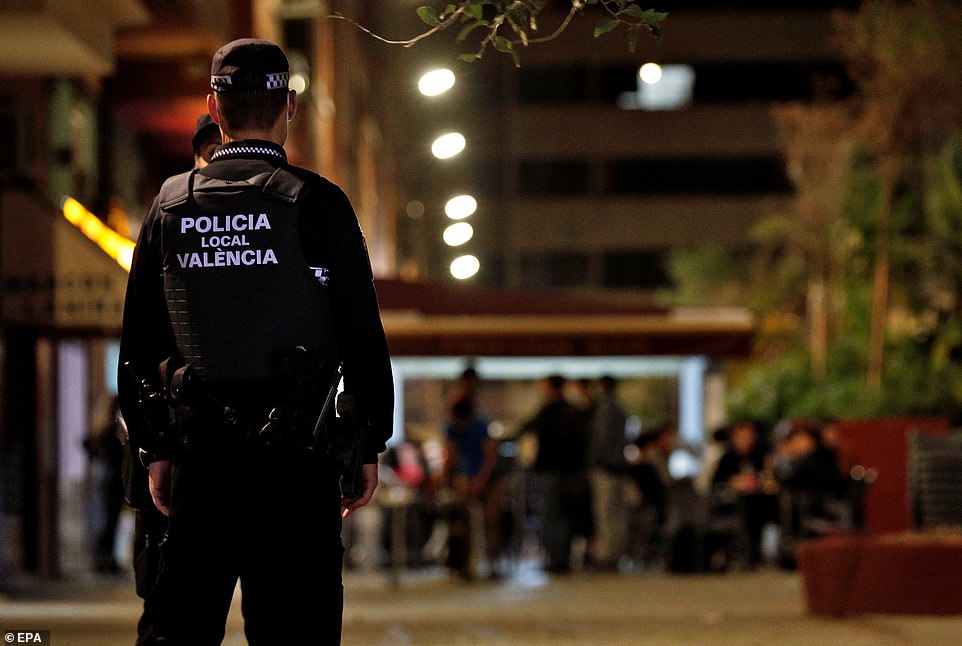 Spain’s new measures were agreed earlier Sunday at a two-and-a-half-hour cabinet meeting convened following calls from Spanish regions for the power to impose curfews themselves.

Prime Minister Pedro Sanchez said in a televised speech that ‘the situation we are going through is extreme.

Mr Sanchez nonetheless said that if conditions allowed, the measures could be lifted earlier than the anticipated six months. 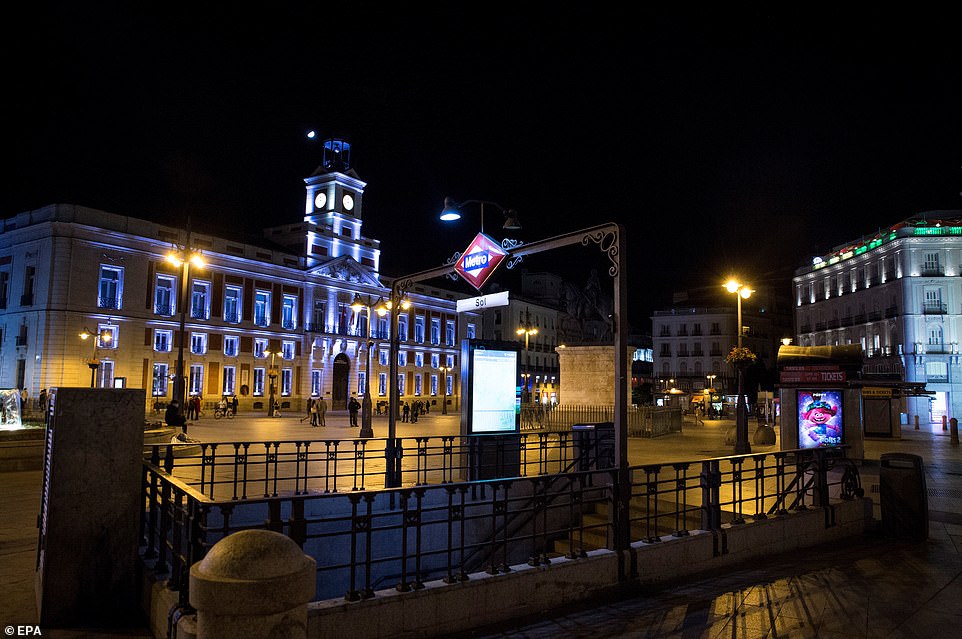 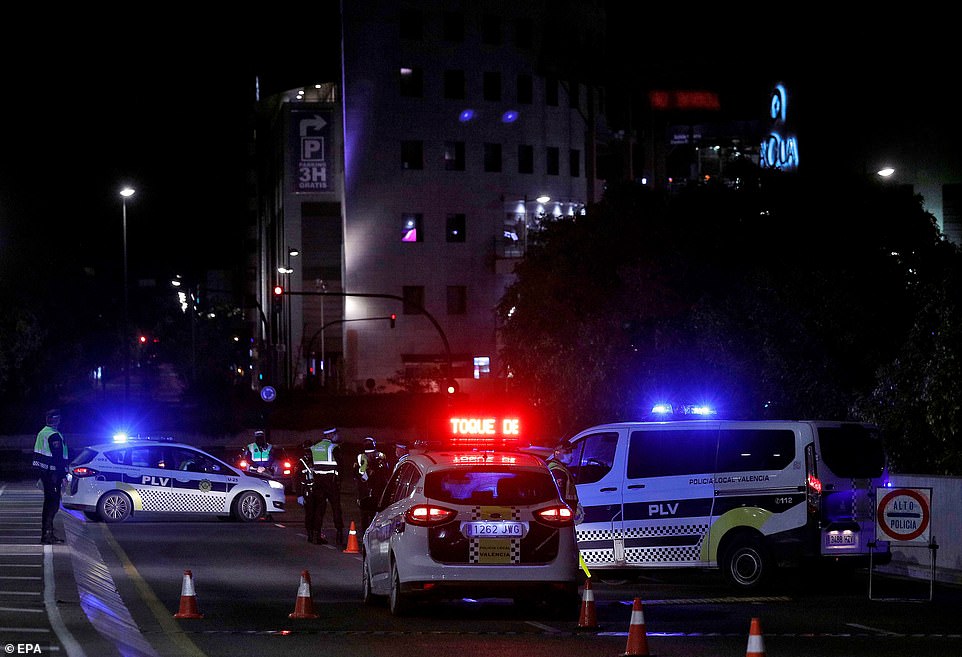 ‘The state of emergency is the most effective tool to lower the rate of infection,’ he argued.

Authorities were responding to calls for help from 10 Spanish regions and the city of Melilla, the government statement said.

Valencia and Madrid both imposed regional curfews ahead of the nation-wide announcement. La Rambla, Barcelona’s famous central street, lies empty as bars and restaurants closed on the first night of a country-wide curfew on October 25. Spain has declared a national state of emergency and imposed a night-time curfew from 11pm to 6am in an effort to help control the second wave of coronavirus 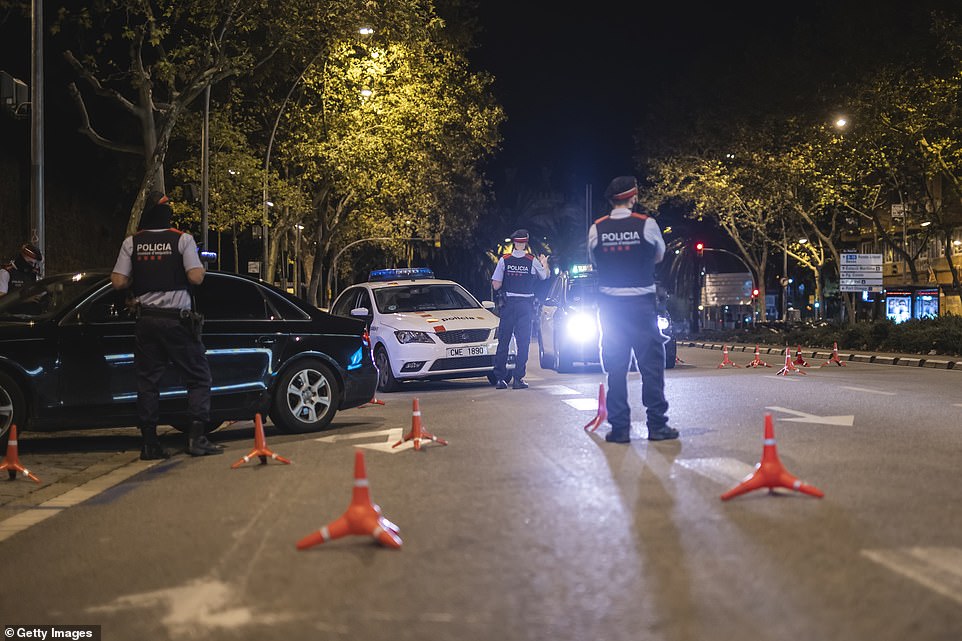 Police officers were seen enforcing the curfew in Barcelona, blocking a street with their cars and cones amid the new state of emergency and night-time curfew A food deliveryman crosses the empty Puerta del Sol square, in downtown Madrid in the early hours of October 26 after a curfew was imposed across Spain

Spain was locked down during an initial state of emergency that lasted from March 15 to June 21, and the measures were among the strictest anywhere in Europe.

Sanchez said that he sought ‘at any price’ to avoid a second severe lockdown.

‘Let’s stay home as much as possible,’ he urged in the television address. 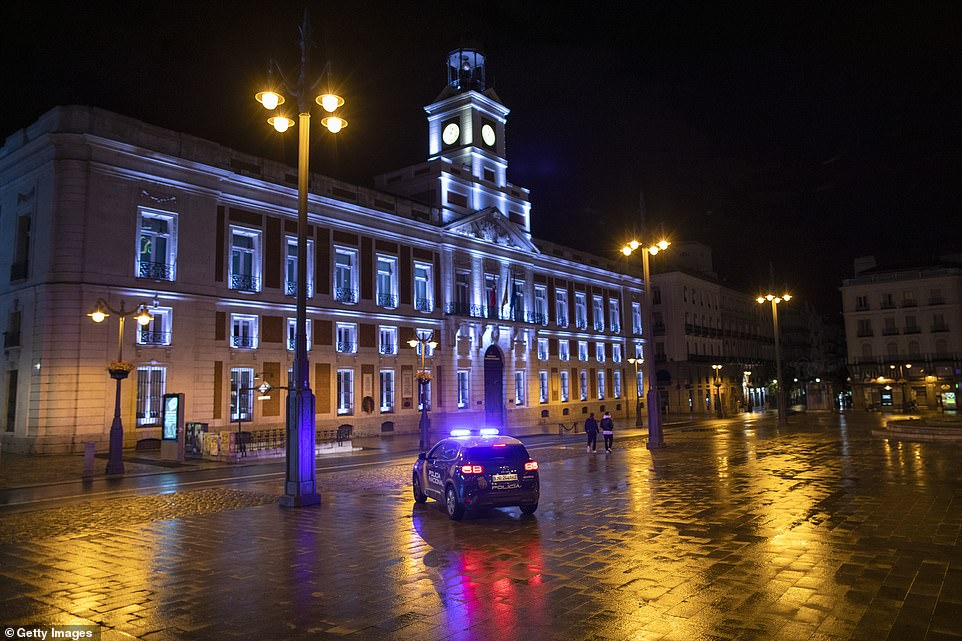 A man walks down La Ramblas avenue in Barcelona on the first night of the nation-wide curfew on October 25. Normally, the street would be full of people – locals and tourists – but last night it lay virtually empty 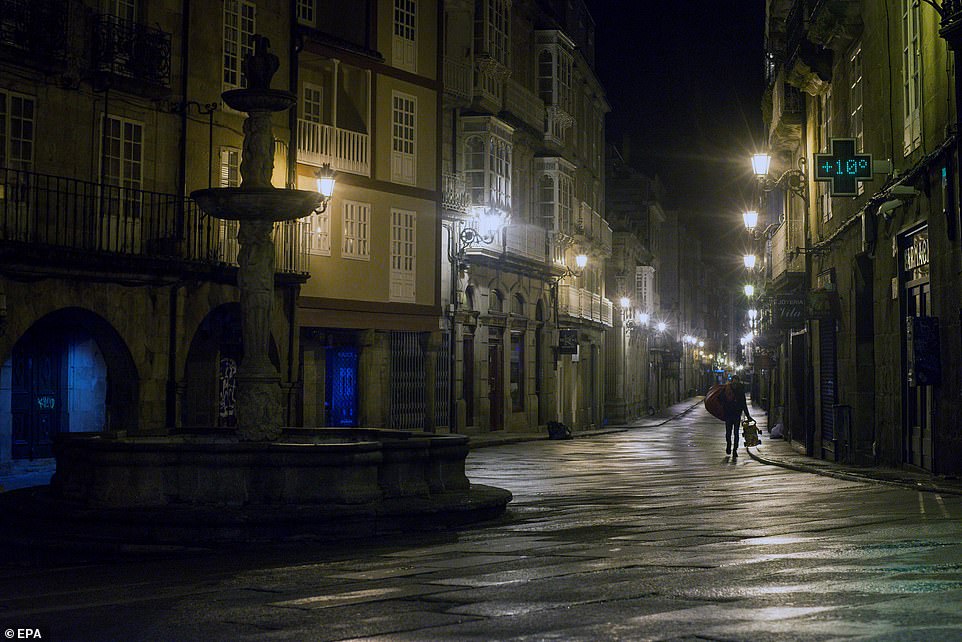 A single person walks down an eerily quiet street leading off Hierro Square in Ourense, Galicia, northwestern of Spain on the first night of the newly imposed 11pm to 6am curfew across Spain

‘The more we stay home the more protected we and others will be.’

On Thursday, the Canary Islands were added to Britain’s quarantine-free travel list.

Travellers arriving from the popular holiday destinations – which include Tenerife and Lanzarote – will no longer face a 14-day quarantine from Sunday after Covid-19 cases fell to acceptable levels, the Department for Transport (DfT) said.

Transport Secretary Grant Shapps said: ‘Following an assessment of the latest data, the Canaries, the Maldives, Denmark and Mykonos have been ADDED to the #TravelCorridors list. From 4am on Sunday October 25, you will no longer need to self-isolate if you arrive from those destinations.’ 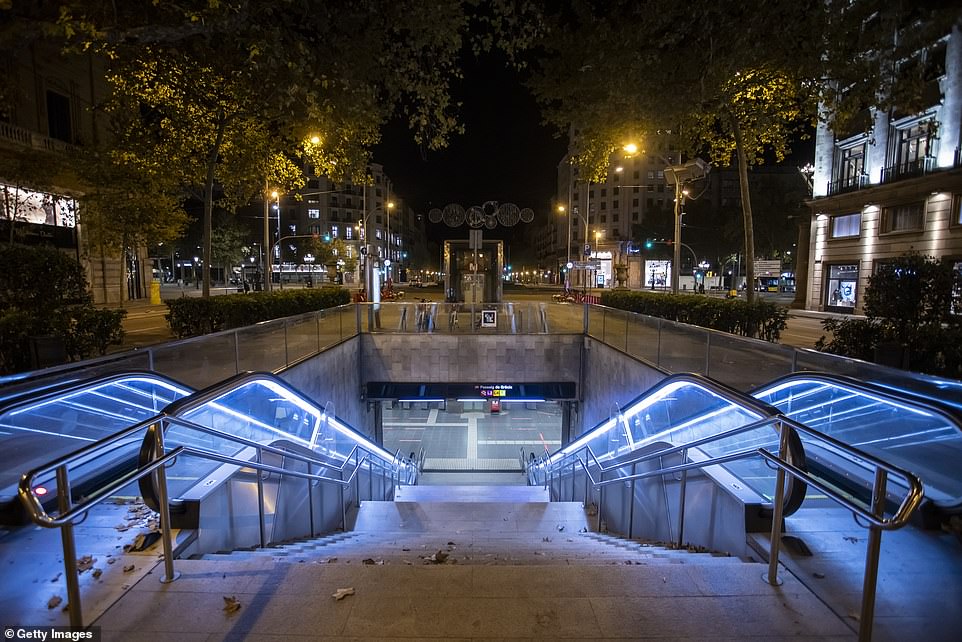 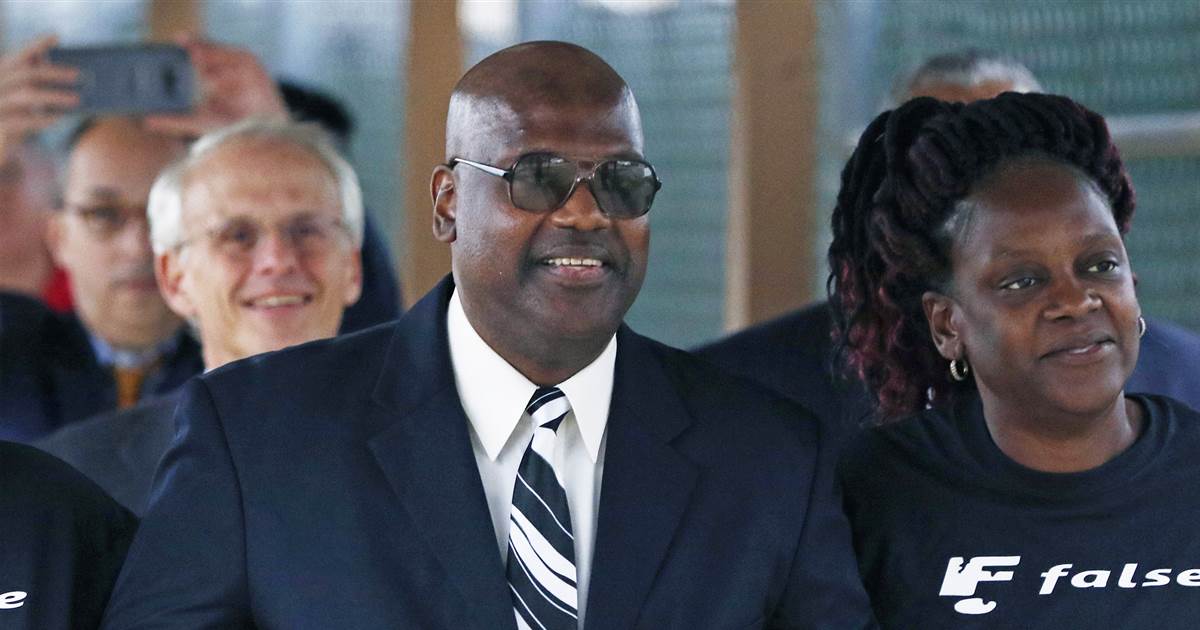 JACKSON, Miss. — A Mississippi prosecutor filed a court order Monday indicating he won’t be the one to decide whether to try […] 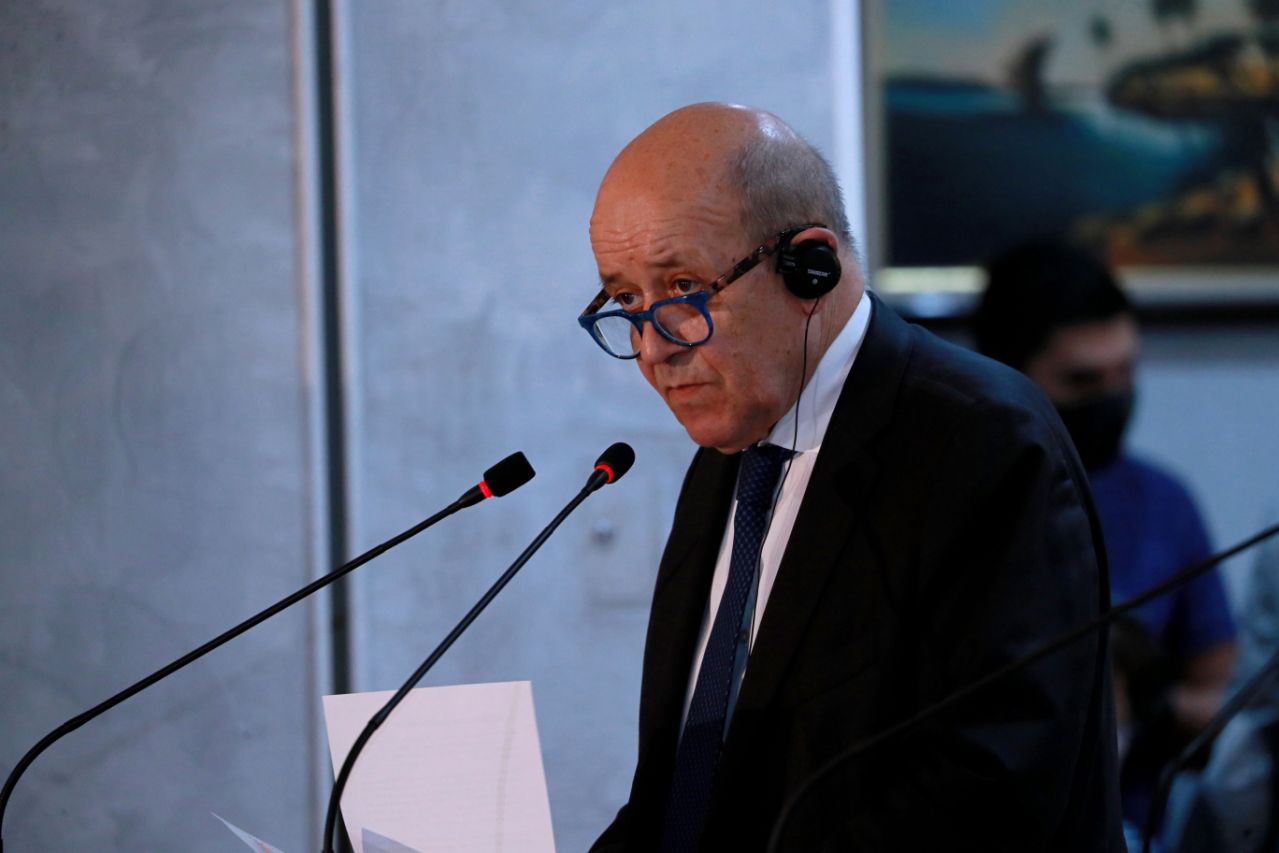 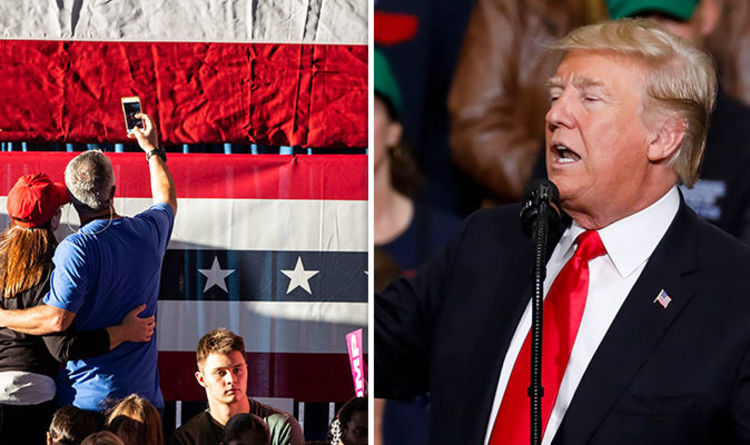 Tony Schwartz, who penned Trump’s ‘The Art of the Deal’, gave an explosive interview to US news outlet MSNBC in which he […]