‘Get up and go’ starts to fail at the age of 54 as that’s when we lose our motivation to get off the couch and try new things, study finds

People start to lose their ‘get up and go’ at the age of 54 — when it becomes harder to motivation yourself to leave the couch and try new things — a study has found.

An expert from Norway polled 917 people aged 14–77 to determine how the relationship between passion, grit and a positive mindset changes as we age.

They found that passion and grit are strongly correlated early in life, especially among boys, and that youngsters will do the distance to achieve their dreams.

However, this tendency fades as we get older, they added. 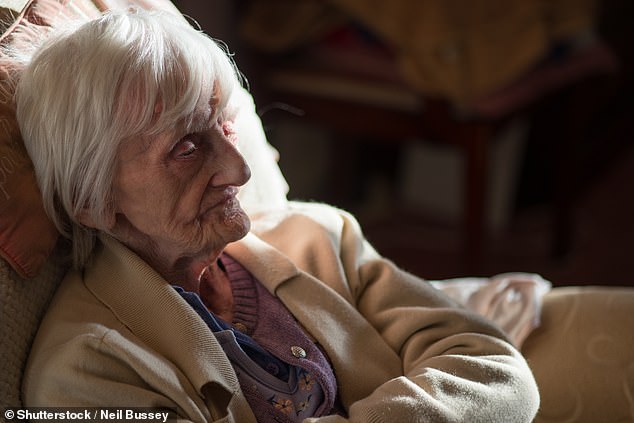 ‘Our passion controls the direction of the arrow, what we’re fired up about and want to achieve,’ said paper author and psychologist Hermundur Sigmundsson of the Norwegian University of Science and Technology in Trondheim.

‘Grit drives our strength, how much effort we are willing to put in to achieve something,’ he continued.

A correlation between the two factors is key for a person to get really good at something, the researchers believe.

Truly passionate individuals are willing to work the hardest to become the best — with men more likely to achieve this than women — the team reported.

Prof Sigmundsson said that a positive mindset enables people to believe that they will indeed get good at what they are passionate about.

He explained that encouragement and positive mindset show a similar pattern and everything is connected to everything — at least while you’re young.

But this correlation fades as we get older.

‘The correlations remain pretty similar from age 14 to 53. But as soon as you end up in your 50s, a shift happens, said Professor Sigmundsson.

‘The connection between passion and grit becomes almost non-existent. In theory, it takes a lot more for us to actually do something.’

He said that this means that lazier people in their 50s can be full of good intentions and in theory be enthusiastic about doing something.

But the research suggests that they rarely stick with things unless they find something that they are really interested in. 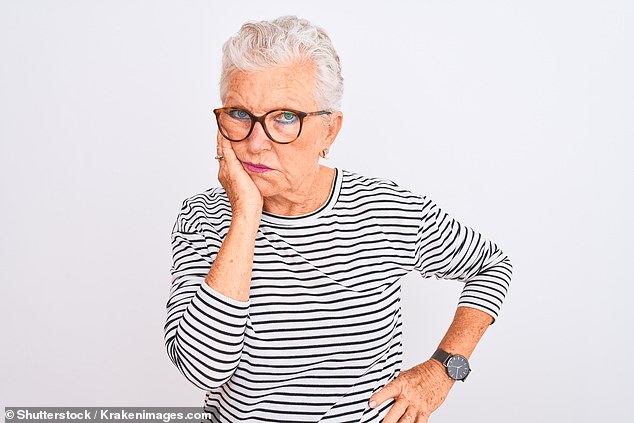 ‘As soon as you end up in your 50s, a shift happens, said Professor Sigmundsson. ‘The connection between passion and grit becomes almost non-existent. In theory, it takes a lot more for us to actually do something’

‘The correlation between grit and the right mindset diminishes with increasing age. The willpower and belief that we’re getting better aren’t as closely linked anymore.’

Professor Sigmundsson advised people ‘to find meaningful activities and interests that you can follow up with grit and willpower.’

‘Igniting the spark is important, regardless of age. You simply have to actively seek what you are passionate about if you haven’t already done that.’

‘There are no shortcuts. “Use it or lose it” is the mantra, and this aligns with neuropsychology as well,’ he concluded.

The full findings of the study were published in the journal New Ideas in Psychology.

Across six studies two researchers, Dr Shai Davidai from the New School for Social Research and Professor Thomas Gilovich of Cornell University, examined the idea that deepest regrets come from not pursuing our most ambitious dreams.

They found that the these deep-rooted regrets stem from such things as not pursuing a loved one, abandoning hopes of playing a musical instrument and not travelling the world.

These relate to what is dubbed a person’s ‘ideal-self’ – the image every person has in their head of who they are and the type of person they want to be.

Other examples included (ages of anonymous volunteers in brackets):

• ‘My freshman year of college I was offered an incredible opportunity to do my own research in two different countries. I didn’t go because my family didn’t want me to go and I had concerns over finances to do with my apartment, funding it and my pet’ (22 years old)

• ‘My biggest regret was not going to graduate school when I had the opportunity. I have found success elsewhere and raised my family how I wanted to, but I have always regretted not going’ (54 years old)

• ‘My biggest regret in life was not pursuing my dream of singing. I followed a traditional route instead and became a teacher. The dream remains… the what if!’ (62 years old)

• ‘I regret not having gotten involved in anything extracurricular during my high school years. I was in the national honour society but that hardly counts (33 years old)

• ‘I regret not keeping in touch with my best friend in college. It pains me that we lost touch’ (26 years old)

• ‘I think that I did not pursue a career in acting when I was younger. I feel like I gave up on my dream because doubts others had. I wish I could go back in time and tell my younger self to believe in my talent more.’ (35 years old)

• ‘The biggest regret was to remarry and leave a job, home and state I was happy with. I made a terrible mistake and gave up way to much to alleviate a loneliness I was feeling. What a fool I was’ (71 years old)

• ‘Many years ago when my husband and I first married, we nearly bought our dream house. It wasn’t ideal but we loved it. We decided not to buy it as we felt pressure from our parents. I regret not stepping up, being an adult and going with my gut feeling. I regret letting our parents influence us so much. I also regret it because not only would it have been a great investment.’ (46 years old)

WHO warns countries with falling COVID cases to stay alert

We seem to find larger animals more charismatic than small ones

Explainer: Will COVID-19 vaccines protect us? Does efficacy equal effectiveness?

Covid-19 news: UK R number below 1.0 for the first time since August

The Coronavirus Won't Stop Evolving When the Vaccine Arrives

Biden will have to decide whether transcripts of Trump's calls with foreign leaders should be shared or kept under a lockdown imposed by the...