30 years later, Nintendo is finally bringing the original Fire Emblem adventure over to the US and onto Nintendo Switches everywhere. Fire Emblem: Shadow Dragon & Blade of Light is officially making its way to the US for a limited time this November.

In the video at the top of the article, Nintendo shared the announcement as a “first for Fire Emblem fans.” This is the first time that fans will be able to see the original Fire Emblem experience completely localized and it’s arriving just in time for the holidays. Fire Emblem: Shadow Dragon & Blade of Light arrives on Switch on December 4, but only for a limited time. It will be arriving in the Nintendo eShop as a digital purchase and will remain there until March 31, 2021. 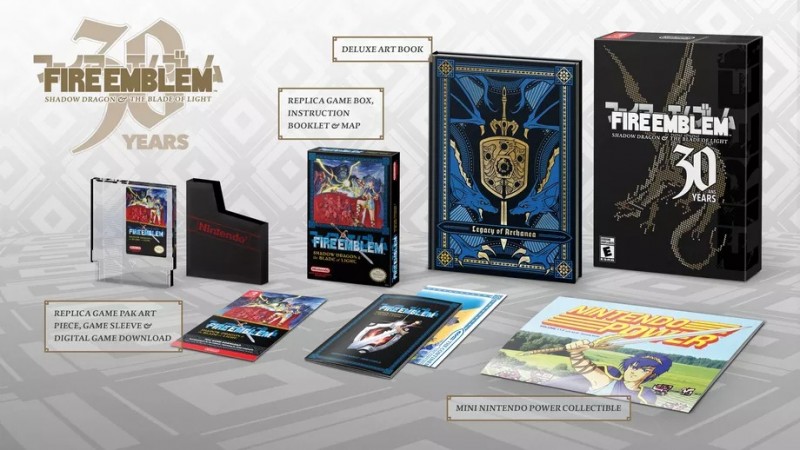 There is good news, though! Special Editions of this game have also been announced for those that love tangible games to add to their libraries. The 30th Anniversary Edition is $49.99 and according to Nintendo, “This collector’s edition of the game will include a nostalgic, stylized physical NES box and a replica NES Game Pak art piece with a protective sleeve that transports owners to the era of the original game’s release. The collector’s edition also includes a colorful, 222-page Legacy of Archanea deluxe hardbound art book and a game download code. It will be accompanied by an NES instruction manual, newly localized from the original Famicom release, along with a fold-out world map and a Mini Nintendo Power retro collectible. With this rich package packed with exclusive items, fans can finally play the original Fire Emblem game as it was always intended: with power!”

“The Fire Emblem series has grown into a saga enjoyed by fans for its strategic gameplay and memorable characters,” said Nick Chavez, Nintendo of America’s Senior Vice President of Sales and Marketing. “With Fire Emblem: Shadow Dragon & the Blade of Light, Nintendo Switch owners can now experience the game that started it all with enhanced features that make this timeless adventure available to everyone.”

While not an announcement any expected, especially with next gen on the horizon so future titles are a major focus, this is a welcome addition to the Nintendo library, especially so for hardcore Fire Emblem fans on the west.

What do you think about the localization of Fire Emblem: Shadow Dragon & the Blade of Light? Sound off with your thoughts in the comment section below!

Meteorite found in Sahara evidence of WATER on Mars 4.4bn years ago