FORT LAUDERDALE, Fla. — Eleven days out from the election, President Donald Trump held a last-minute campaign event in one of the most reliably red areas of Florida whose voters have become a question mark hanging over his campaign — one that could help make or break his re-election bid.

The Villages, a sprawling retirement community home to one of the whitest and oldest populations in the country, has consistently supported Republican candidates for years, breaking for Trump by nearly 40 percentage points in 2016.

But the president’s decision to campaign here came amid his struggle to hold on to older white voters, like the ones he addressed at this Friday stop, who have grown uncomfortable with his rhetoric and his response to the coronavirus pandemic.

“Under [Joe] Biden’s plan, you’ll be locked down for years,” Trump told those gathered, many of them maskless and crowded close together, of the Democratic nominee’s proposal to address the pandemic, before sounding an ambivalent endorsement of social distancing. “Some people want to stay in, and that’s good. Do it. I’m sort of like, lead your life.”

Polling this year has shown an increasing number of older people abandoning Trump, in part due to that brand of pandemic messaging. An October NBC News/Wall Street Journal poll showed that trend accelerating: Trump was hemorrhaging support among registered senior voters, with 62 percent supporting Biden and only 35 percent supporting the president.

Trump won the senior vote by 7 points in 2016, so even a slight drop in support among older white voters, a cornerstone of his base, could have an enormous impact on the outcome of his re-election.

The president’s team, well aware of the electoral math, has spent much of the past few months mounting an increasingly aggressive effort to woo them back via a string of White House events and announcements, television ads, grassroots events, social media outreach and other pitches.

But the poll losses have only mounted. And in recent conversations with older white voters in Florida and Pennsylvania — electoral-vote-rich swing states with some of the highest percentages of older residents in the nation — some brushed off the hard sell, expressing a sense of exhaustion with the president in the race’s waning days.

Jane Cater, 81, of the Fort Lauderdale area, said she was “disappointed” with Trump’s response to the Covid-19 pandemic. But that isn’t the sole source of her discomfort with the president.

“It’s also the way he talks,” Cater, who plans to vote early for 2020 Democratic presidential nominee Joe Biden, told NBC News. “You know, I just would like this to end.”

Larry, a retiree in Miami who asked for his last name not to be published, told NBC News he has always supported Republicans. Although Trump’s demeanor bothered him in 2016, support for the future president’s tax policy overrode those concerns. Not this year.

“And my grandkids said they won’t talk to me if I vote for him again,” he added jokingly, noting that he could not bring himself to support a Democrat either and would only vote in down-ballot races this year.

More than 1,000 miles away in western Pennsylvania, Bill Shay, 80, told NBC News he had also voted for Trump in 2016, though he said it “was never a clear choice” at the time. Now, he is feeling uncertain about how he’ll vote this fall.

Shay, who said he wasn’t a fan of the initial debate and all of the “yelling” that took place, added that he still wants to hear more about the candidates’ agendas.

“I’m concerned,” said Shay, a resident of Pittsburgh-area suburb Mt. Lebanon. “It’s been very hard. I probably won’t [decide] until I go down to the voting booth.”

“It just hasn’t hit me yet,” he said of how he plans to vote.

Trump won both Florida and Pennsylvania by roughly 1 percentage point in 2016. While he might be able to eke out an Electoral College win without Pennsylvania, his path to victory is far more uncertain if he loses Florida.

While the coronavirus has played a role in Trump’s diminishing support among older people, there were signs that their enthusiasm for him was flagging long before the pandemic hit. In the 2018 midterm elections, congressional Republican candidates won voters 65 and older by 2 points, a marked decrease from Trump’s 2016 total.

The president has made repeated efforts aimed at keeping these voters in his camp, amping up his efforts notably in the race’s final few weeks.

He posted a video to Twitter in early October claiming that seniors were his “favorite people in the world.” He announced a plan to give older people one-time $200 discount cards to buy prescription drugs, pushing to make the benefit a reality ahead of Election Day (despite immediate criticism that the plan might be illegal.)

Yet the president’s own actions have at times complicated those efforts. Hours after his team unveiled the new senior-focused ads, for instance, he shared an Instagram meme that mockingly showed Biden’s face superimposed on a picture of a man in a wheelchair inside a nursing home, with the slogan “Biden for President,” containing a crossed-out “P.”

The meme reflected age-based attacks Trump has made against Biden for more than a year, frequently ridiculing his Democratic rival in campaign speeches and portraying him as decrepit and diminished.

“It is something I’ve noticed,” said Jeanne Sanborn, a Florida retiree in her 70s who voted for Hillary Clinton in 2016 and plans to vote Democratic again, speaking of Trump’s comments about Biden’s age and health. “I do find it offensive, and I think a lot of my friends look at that and think, ‘Why vote for that?’”

Biden has seized on Trump’s rhetoric and downplaying of the coronavirus, noting that older people are at an elevated risk of death should they contract the virus, as the president himself did recently.

The Trump campaign has repeatedly sought to cast the Democratic focus on the virus as a political stunt meant to scare people into supporting Biden.

“The fearmongering and outright lies that Joe Biden continues to peddle in an attempt to score cheap political points are not resonating because President Trump and his Administration have and will continue to prioritize care for our nation’s senior citizens,” Courtney Parella, a spokesperson for the Trump campaign, said in a statement.

The Biden campaign did not respond to NBC News’ request for comment.

Some older voters see still other factors driving Trump’s sagging numbers with seniors — including that, unlike 2016, he’s not running against Hillary Clinton, whose unfavorability numbers were comparable to Trump’s.

Ron Demsher, 78, told NBC News he voted for Clinton in 2016 and is supporting Biden this time around. But, he said, Democratic-leaning friends of his “voted for Trump in 2016” to “get away from Hillary.”

Asked whether he knew of anyone voting for Trump who didn’t back the president in 2016, Demsher said: “To tell you the truth, I don’t know of anyone.”

The observation highlights another issue for the president: his struggle to lure theoretically winnable voters who weren’t in his camp in 2016.

Josh Sivitz, 72, a resident of Whitehall, Pennsylvania, told NBC News he “would vote for any human being who has ever lived on planet Earth, dead or alive, before I would vote for Donald Trump.”

Having voted for Clinton in 2016 and backing Biden in 2020, Sivitz said he’s “cautiously optimistic” about his candidate’s chances.

“I stress the word ‘cautiously,'” he said. “I’ve seen this movie before. This pre-election polling and optimism and what have you.” 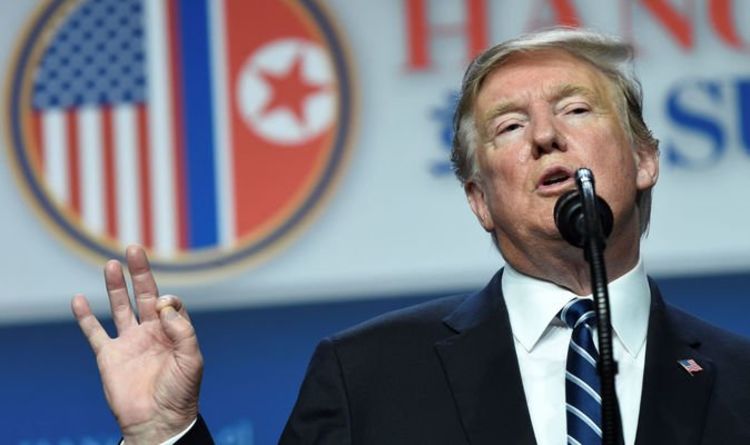 Trump claimed Mr Biden, who was vice-president under Barack Obama, was a “low IQ individual” after he called the North Korean leader […] 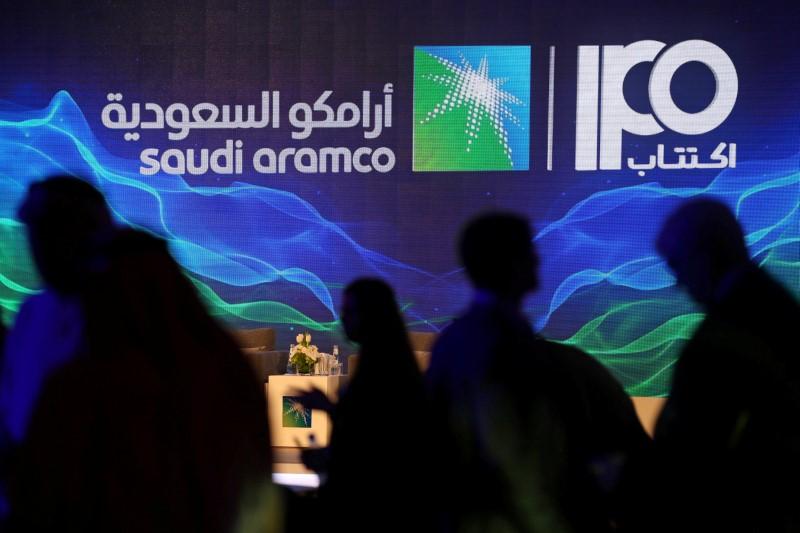 FILE PHOTO: A sign of Saudi Aramco’s initial public offering (IPO) is seen during a news conference by the state oil company […] 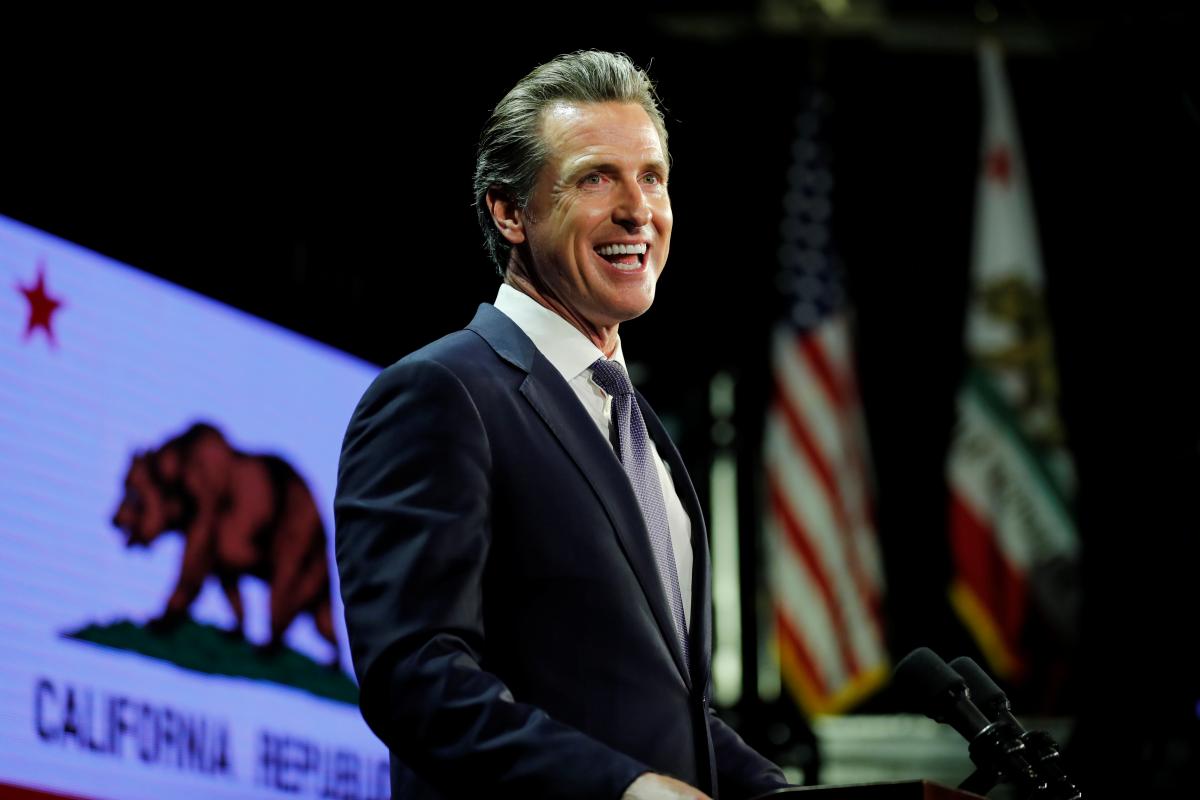 SACRAMENTO, Calif. (Reuters) – Democrat Gavin Newsom will be sworn in as California’s 40th governor on Monday, cementing the dominance of his […]