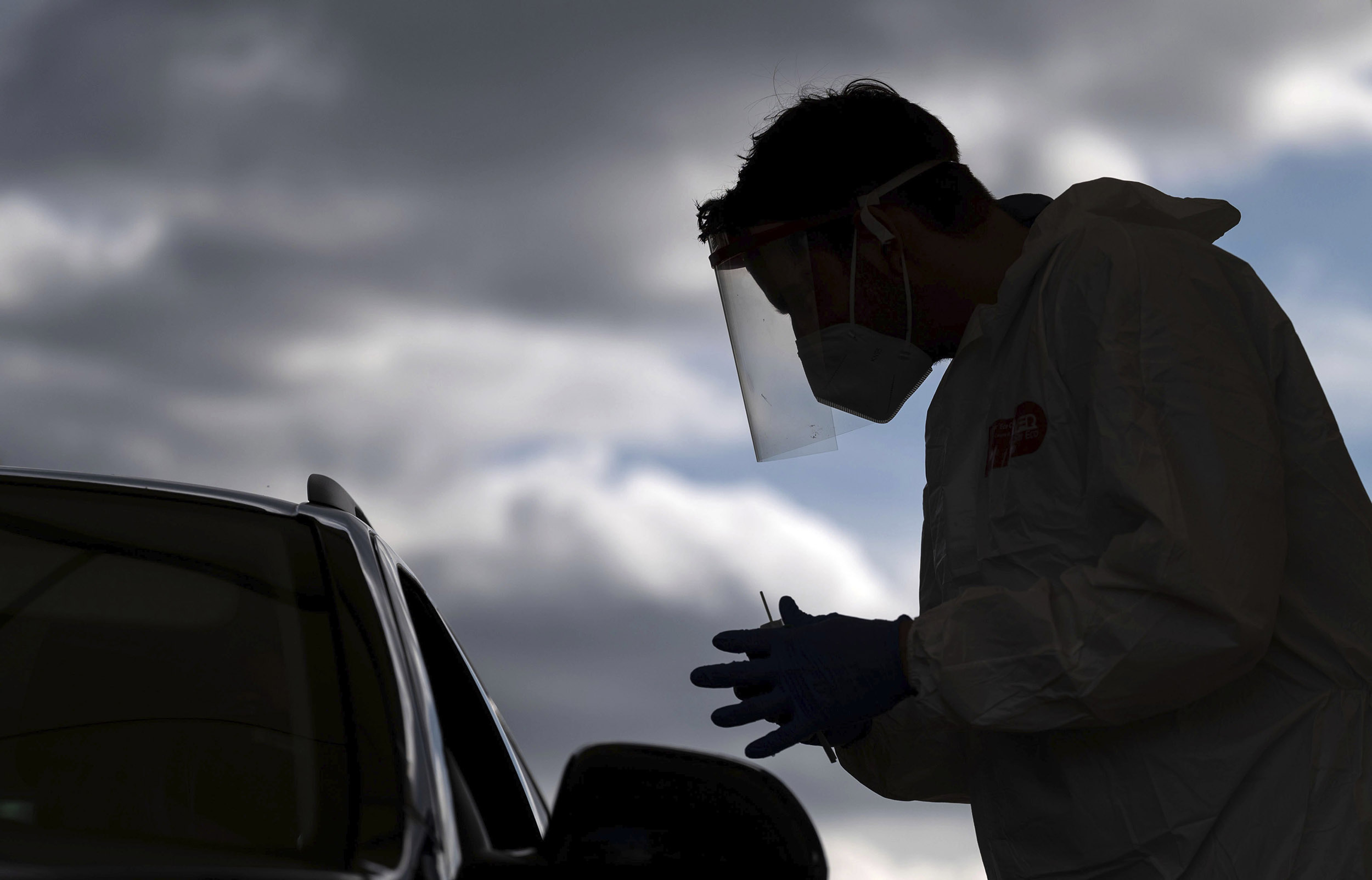 MUNICH — A few months can make a world of difference during a pandemic.

After being lauded for its response to Covid-19 after Chancellor Angela Merkel’s government flattened the curve this spring, Germany is now grappling with more than 10,000 daily coronavirus infections, the most it has seen since the outbreak started, and admissions to hospital intensive care units have doubled in the last two weeks.

In response, the country is betting on a different, more local approach to the crisis.

“We need to do everything now so that the virus will not spread uncontrollably. Every day counts now,” Merkel, a physicist by training, said in a video released over the weekend in which she asked people to cut back on nonessential travel and gatherings outside of their family circle.

In stark contrast to strict contact bans in the spring, it was an appeal to voluntarily limit social interactions.

The region of Berchtesgaden was the first to go into a new lockdown this week as infection numbers there spiked with hundreds of new cases in the Alpine towns.

Elsewhere, a hodgepodge of rules have been enacted. In some regions, masks are optional, but in the busy shopping streets of downtown Munich, Germany’s third-largest city and home to some of its biggest companies, such as BMW and Siemens, they have become compulsory, even outside.

“It’s no effort to put on the mask quickly,” she said.

Others, however, described it as a nuisance.

“Outside I don’t find the masks so good. It’s a hindrance,” said Rudolf Mayerhofer, 73, wearing a white cloth mask. “I’m still content with the policy overall. Our neighboring countries are doing much worse than us.”

While infection rates have spiked, Germany is still faring better than the rest of Europe, having reported less than 10,000 total deaths and under 400,000 infections, according to John Hopkins University data.

By contrast, France has recorded over 900,000 cases and 34,075 deaths, while Spain has reported 34,366 death and this week became the first European Union country to pass 1 million cases, according to John Hopkins.

Still, the worsening situation is raising eyebrows in Germany. While the goal is to continue contact-tracing, the national disease control center, RKI, has warned that the virus is spreading diffusely “without traceable transmission chains.”

This comes just months after Germany earned international plaudits for containing the first coronavirus wave with an early nationwide lockdown in March, a massive testing operation and strict border closures.

Germany reacted earlier but not necessarily better than its European neighbors, Christian Drosten, director of the Institute of Virology at Berlin’s Charité clinic, recently told the World Health Summit, a leading global health conference held in the German capital.

“There are already speeches being held praising the German success, but it is not quite clear where it came from,” he said. “This success came simply because we reacted about four weeks earlier than other countries.”

However, Andrea Römmele, a political science professor at the Hertie School of Governance in Berlin, said that Merkel was “extremely strong” in the first wave.

“She just wants to get us through the pandemic as best as possible,” Römmele said, although she warned that it might be more difficult to get people to comply with strict regulations a second time around.

Carlo Angerer is a multimedia producer and reporter based in Mainz, Germany.

Racism within the Windrush compensation scheme

Afghanistan, home to the heroin trade, moves into meth

Dr. Fauci says New York and other states should accept COVID-19 vaccine once it's approved by FDA

How an Online Attack ‘Brought Twitter to Its Knees’