Ben Wheatley’s new Netflix film “Rebecca” cleverly transforms an atmospheric, ambivalent gothic story of female longing and disempowerment The movie’s subtle, smart updating of Daphne du Maurier’s 1938 novel (and 1940 Alfred Hitchcock film, which won an Oscar) is a much more empowering and appealing story for contemporary audiences. But it also sacrifices the original’s distinctiveness, and much of its melancholy insight and power.

The new film retains virtually the entire plot of the original — an impressive feat of condensation for a two-hour movie, since the novel is almost 500 pages — but tweaks the ending.

Though it makes some tweaks, especially at the ending, the new film retains virtually the entire plot of the original — an impressive feat of condensation for a two-hour movie, since the novel is almost 500 pages. The nameless protagonist (Lily James) is a poor, parentless girl serving as a lady’s companion in Monte Carlo when she meets the wealthy, enigmatic Maxim de Winter (Armie Hammer), who is mourning the drowning death of his first wife, Rebecca. After a swift romance, Max proposes marriage.

The new Mrs. de Winter becomes the mistress of the sprawling estate of Manderley. But she feels inadequate beside the memory of the accomplished, beautiful, matchless Rebecca, beloved by all — especially the intense, malevolent housekeeper Mrs. Danvers (Kristin Scott Thomas). Max, too, seems still in Rebecca’s thrall, becoming distant and cold whenever she is mentioned, as if consumed with grief … or some other, less wholesome emotion.

The novel is narrated by Mrs. de Winter, and one of the central tensions of the book is the contrast between the sophisticated prose and the frustratingly passive and disempowered main character. The older Mrs. de Winter, as the narrator, is constantly pointing out, in lyrical, perfect sentences, the innocence and foolishness of the younger Mrs. de Winter, the innocent yokel. (“I can see myself now, unsuitably dressed as usual, although a bride of seven weeks, in a tan-colored stockinette frock, a small fur known as a stone marten round my neck, and over all a shapeless mackintosh, far too big for me, and dragging to my ankles.”)

The young Mrs. de Winter is haunted and mocked not just by the older, more sophisticated, and (it is revealed) sexually profligate Rebecca, but by her older, more sophisticated self, who narrates the book. In the novel, this ghostly older narrator and the all too solid and frumpy narrated Mrs. de Winter never really overlap. The book doesn’t clearly show how you get from one to the other, and as a result female self-actualization seems as mysterious and unattainable as a spirit. The first young Mrs. de Winter and the second older, narrator Mrs. de Winter, virgin and whore, are always divided, always a haunted double-self.

In the film, though, there are only a few lines of voice-over narration. So Mrs. de Winter, the character, draws much of the wit and intelligence of the novel’s narrator into herself. She is still shy and inexperienced, but she also shows personality, and expresses imaginative, concrete desires. “I haven’t really experienced anything myself. I plan to before I get old,” she says firmly, in a line very much not in the book. She tries oysters, enjoys driving cars, throws herself into organizing a ball at Manderley, and confronts the formidable Mrs. Danvers on multiple occasions. In the book, she’s hapless and shapeless; the movie inserts a spine.

It also inserts a sex drive. Movie Mrs. de Winter and Max share passionate kisses, playful flirtation and a physical relationship which simply is not present in the novel. This is partly a concession to modern audiences; viewers are watching in part to see the very sexy Armie Hammer and the equally sexy Lily James do romantic and sexual things together.

The more equal relationship means Mrs. de Winter is more empowered, even from the beginning of the film.

But giving the pair a sex life is also important because it gives them a more equal relationship. In the book, it’s not exactly clear what the supernaturally continent Max sees in Mrs. de Winter. In the movie, it’s obvious the two care for each other as intimates. Mrs. de Winter may be nervous about her place in the household, but it’s obvious she has a hold on Max, both literally and figuratively. Like Rebecca, the Mrs. de Winter in the movie is a sexual being. She knows what she wants. She has agency.

The more equal relationship means Mrs. de Winter is more empowered, even from the beginning of the film. By the same token, it means that Mr. de Winter is less imposing. In the book, Max is a chilly, capricious, patriarchal monument. Even his marriage proposal is abrupt and unaccountable; Mrs. de Winter cowers beneath his whims and his anger. In the movie, though, Max is sometimes an ass, and often under great stress, but he’s never an overwhelming force of nature. It’s notable too that his most vicious, unforgivable act of violence against a woman, vividly described in the book, is narrated but not visualized in the film. Max is smaller and less terrifying as Mrs. de Winter becomes larger and more formidable. Their disproportions are evened out.

“Rebecca,” the movie, is about how a young, naïve woman with reserves of character and bravery, finds her true self in defending and fighting for her man. The loss of Manderley and the exorcism of Rebecca are symbols of Mrs. de Winter’s liberation from her older, weaker self. It’s a story of finding one’s strength through love.

That familiar narrative arc is satisfying and well-told. But it’s not the arc of the novel, which envisions disempowerment far more vividly than empowerment, and male violence with more conviction than romantic love. Most people in 2020 will probably find “Rebecca” the movie more enjoyable than “Rebecca” the novel. But the book retains a unique and lingering power. Du Maurier’s “Rebecca,” 80 years on, is still an uncomfortably haunting vision of women under patriarchy, divided from their selves and drowned. 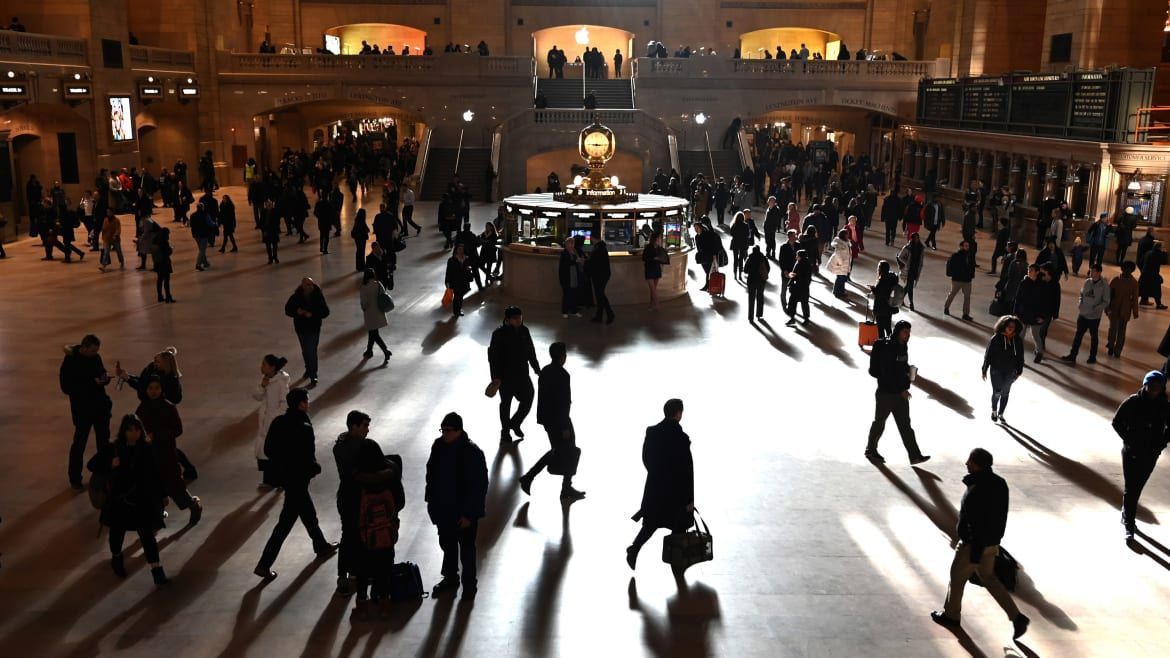 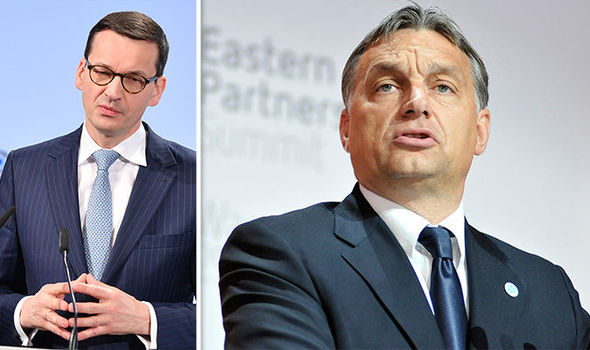 In a sign the EU is rattled by the increasingly heated rhetoric coming out of Budapest, Luxembourg’s foreign minister Jean Asselborn has […] 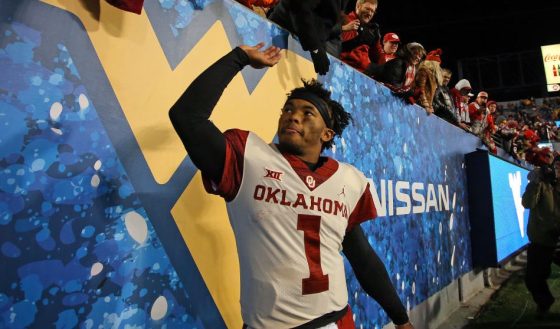 Getty Images Oklahoma quarterback Kyler Murray is heading to New York this weekend for the Heisman Trophy presentation, and then he’s heading […] 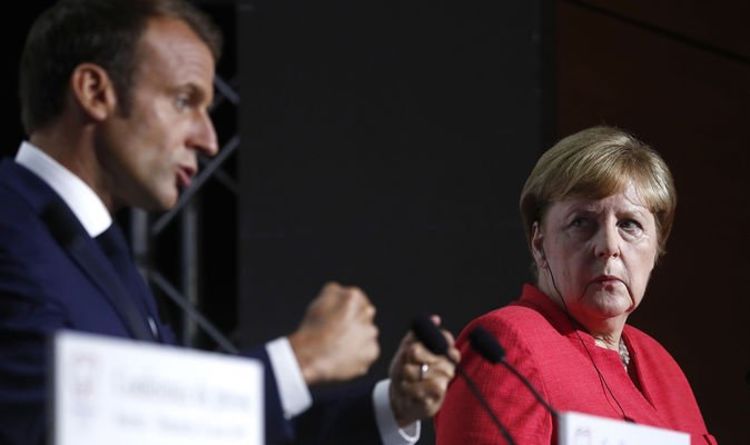 The dispute has escalated into a public spat between the two nations. Calls have increased for the two countries to pursue a […]