José Mourinho had framed the beginning of Tottenham’s Europa League group stage adventure with trademark swagger. Holding three footballs in a photograph for Instagram, he posted that they signified the two Europa Leagues he already had in his pocket and the one he intends to go for this season. The shrinking violet’s record in the competition reads two entries and two trophies – with Porto and Manchester United.

The manager is determined to lead from the front in his mission to harden the squad’s mentality, to browbeat his charges into becoming winners and, after the shocking late implosion against West Ham on Sunday, this was more like it. The surrender of a 3-0 lead to draw 3-3 had drawn the inevitable Spursy jibes but this time they merely scored three.

It was a performance of cutting edge allied to discipline against Lask, the team from Austria that had hammered Sporting Lisbon 4-1 to get here, and the statistics show that Spurs have scored 31 goals in 10 games this season.

This kind of free-wheeling is not supposed to happen under Mourinho and nor are Spurs supposed to have credible back-up for Harry Kane. They have it now.

Carlos Vinícius arrived just before the transfer deadline on loan from Benfica – there is an option to buy him for €42m (£38m) at the end of the season – and he made assists for the first and third goals, scored by the excellent Lucas Moura and the lethal Son Heung-min, who entered as a substitute. The South Korean has nine goals in six matches.

Mourinho could also enjoy getting an hour into Gareth Bale’s legs and the winger, on his first start since his loan return from Real Madrid, was central to the second goal, his low cross panicking Andrés Andrade into turning the ball past his own goalkeeper.

Bale had played for 18 minutes against West Ham and it ought to be pointed out that the appearance had taken his minutes since the end of February to 253. His performance here was more about guile than explosiveness. He is plainly feeling his way back to top condition.

Vinícius ought to have scored in the early running and he was horrified when he fluffed a straightforward header when unmarked from close range, but he made amends almost immediately.

Ben Davies, who played on the left of a central defensive two and captained the team, dropped a ball over the top that Vinícius killed with a fine touch. He knew what he had to do with his second, having seen Lucas dart for the middle, and he did it, executing the perfect low cross on the spin. Lucas finished coolly.

Spurs’ second was all about Sergio Reguilón and a storming run from the left-back which took him past three Lask players and away from a fourth but it had the added sprinkle of a first dividend from Bale on his return.

Reguilón found Erik Lamela, who played it wide right to Bale and then a jab with the outside of his left boot led to the own goal. Vinícius had looked offside in the centre. Happily for Spurs, the ball did not reach him.

Spurs enjoyed themselves in the first half, nobody more so than Lucas, who pulled a couple of high balls out of the sky with velvet touches and even showed off his spring to win a towering header inside the area.

There was a nutmeg from Bale and even one from Pierre-Emile Højbjerg, which led to some ribbing at half-time. “We were calling him Zinedine Zidane: ‘Pierre take it easy, you did it once, don’t try to do it again,’” Mourinho said afterwards.

Højbjerg’s display was measured more in blood and guts – he needed a bandage to be wound around his head after a clash with Rene Renner following the nutmeg; he re-emerged for the second half without it – and overall it was the latest evidence of his burgeoning status as one of the team’s leaders. Mourinho called him the “captain without armband”.

Lamela blew a one-on-one straight after the own goal while Joe Hart saved at full stretch from Andreas Gruber before the interval. The second half was tighter, although Spurs had chances before Vinícius’s cushioned header put Son clear to finish. There was also time for Jack Clarke to get his Spurs debut and flash a drive past the far post.

“Vinícius played well but can do better,” Mourinho said. “The only thing that was missing was one goal but we could see he was much more than that. He’s a good target man and can even play with Harry Kane rather than just be the guy to cover him.” 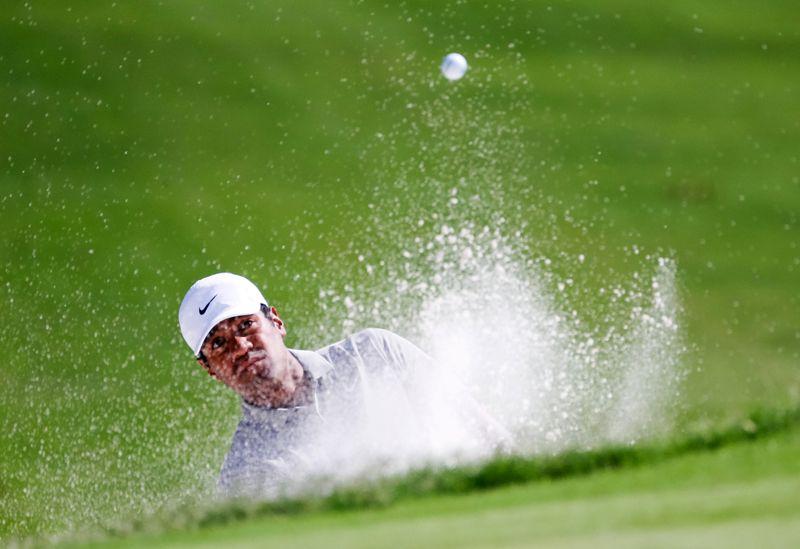 Golf is coming back with the rescheduled Charles Schwab Challenge on June 11 in Texas, Golf Digest reported. FILE PHOTO: May 24, […]

“Unbelievable,” José Enrique says for the umpteenth time as we speak, like many are doing right now, on Zoom. There is a […]

Hazard was named on the bench for Chelsea’s Champions League opener against Qarabag this evening. And he wasn’t missed as the Blues […]