Romania reported 37,025 coronavirus tests, the highest so far. It added 69 deaths in the last 24 hours.

The rate of infections over the past 14 days passed the threshold of three people per 1,000 in 255 localities nationwide, all of which entered the “red scenario,” according to data from Romania’s Emergency Services Department.

In the red scenario, masks are mandatory in all public venues and restaurants, cafes, theaters and cinemas are closed. Schools are shut down and switch to online learning.

— Pope reverts to mask-less ways at indoor audience despite outbreaks

— The economy in U.S. cities slowed by coronavirus. Downtown revitalizations have stalled in places like Detroit, Cleveland and Oakland, California.

— South Korea may be one of the world’s most wired nations, but remote learning is a challenge for many students.

— Tokyo Olympic officials want the world to know they are working on measures to combat the coronavirus pandemic. Exact plans are not expected until early next year.

New restrictive measures are starting Thursday with mandatory mask-wearing outdoors. Health Minister Kostadin Angelov said wearing protective masks, along with social distancing and frequent disinfection, will slow the spread of the virus by about 30 percent and help prevent overwhelming the health system.

According to official reports, 71 doctors and other medical staff have tested positive in the past 24 hours, bringing the total of infected medics to 1,622.

Bulgarian President Rumen Radev reportedly cut short a visit to Estonia on Tuesday because of contact with a coronavirus-positive person. Upon his return to Sofia, Radev showed reporters a negative test result and his office announced Wednesday that he tested negative for a second time.

ISLAMABAD — Pakistan’s military-backed National Command and Operation Center has issued a warning that another lockdown could be imposed to contain COVID-19 deaths if people don’t stop violating social distancing rules.

The announcement on Wednesday came after Pakistan reported reported 660 new confirmed cases in the past 24 hours and 19 single-day deaths.

The daily death toll was one of Pakistan’s highest in more than two months. Deaths from COVID-19 have steadily increased since the government lifted its months-long lockdown in August.

Pakistan has reported 324,744 confirmed cases of the virus and 6,692 virus-related deaths since February.

WARSAW — Poland has reported a new record for daily coronavirus cases after conducting a record number of virus tests.

The country on Wednesday reported 10,040 new confirmed cases and 13 deaths, plus another 117 people died of COVID-19 combined with other health issues. There were 60,000 tests performed in 24 hours.

Authorities in large cities are taking steps to turn conference halls into temporary COVID-19 hospitals, and the city of Krakow is planning to reopen a disused hospital to treat coronavirus patients.

Polish lawmakers are debating legislation that would give more funds to medics and temporarily exempt them from legal responsibility for mistakes that take place while treating people for COVID-19.

VATICAN CITY — Pope Francis has gone back to his mask-less old ways during his general audience at the Vatican despite surging coronavirus infections across Europe.

Francis shunned a facemask during his Wednesday public audience in the Vatican auditorium, and remained mask-less when he greeted a half-dozen bishops at the end. He shook hands and leaned in to chat privately with each one.

The pope himself donned a facemask in public for the first time during a liturgical service on Tuesday.

Vatican regulations now require facemasks to be worn indoors and out where distancing can’t be “always guaranteed.” The Vatican hasn’t responded to questions about why the pope wasn’t following either Vatican regulations or basic public health measures to prevent COVID-19.

At age 83 and with part of a lung missing from an illness in his 20s, the pope is at high-risk for COVID-19 complications.

The U.N. health agency says in its latest global report on the coronavirus that the continent had a 25% spike in confirmed cases last week and was responsible for 38% of all new cases reported worldwide.

France, Britain, Russia, the Czech Republic and Italy were responsible for more than half of new COVID-19 cases in the region.

The WHO report says the number of deaths in Europe also “continues to climb,” and increased by one-third from the previous week.

Slovenia has declared a 30-day state of emergency with a curfew in response to the increasing coronavirus transmission. WHO says Slovenia has reported a total of 164 deaths, including 12 confirmed deaths in the past week.

(This item has been corrected by WHO to indicate 164 total deaths in Slovenia.)

LONDON — The South Yorkshire region of northern England is being placed under the country’s tightest restrictions to curb the coronavirus, joining a densely populated area of the country where the measures have already been imposed.

Sheffield Mayor Dan Jarvis said the Tier 3 restrictions will come into force on Saturday. He said local authorities had struck a deal with the British government on financial support for the area to accompany the measures.

“We all recognize the gravity of the situation and have taken the responsible route to ensure we save lives and livelihoods, and protect our (health service),” Jarvis said.

Under the new rules, pubs have to close, people are barred from mixing with members of other households and travel in and out of the area is discouraged.

The measures have caused tension between Britain’s Conservative government and local authorities in northern England, which has the country’s highest infection rates.

On Tuesday the government imposed the same restrictions on Greater Manchester, the U.K.’s second-biggest urban area.

Authorities in Croatia said Wednesday that 1,424 people had tested positive in 24 hours and 11 people had died with the virus.

In Slovenia, a nation of 2 million people, authorities reported 1,503 confirmed infections out of nearly 6,000 tests. The country reported eight COVID-19 deaths since a day earlier.

Croatia, Slovenia and other countries of Central and Eastern Europe have faced a surge in infections in the past weeks, scrambling to halt the wave.

PRAGUE — Coronavirus infections in the Czech Republic have hit new record levels as the number of confirmed cases in one day soared to almost 12,000.

The Health Ministry says the day-to-day increase reached 11,984 on Tuesday, almost 900 more than the previous record set on Friday.

The country has registered a total of 193,246 cases since the start of the pandemic, about one third in the last seven days.

The number of the hospitalized surpassed 4,000 with 634 in serious condition, putting pressure on the health system. So far, 1,619 have died with 97 the highest day increase recorded on Monday.

New restrictive measures are coming into effect on Wednesday with mandatory mask-wearing outdoors and in cars. The government is also meeting early Wednesday to consider additional measures.

MANILA, Philippines — The Philippines has lifted a ban on non-essential foreign trips by Filipinos, but the immigration bureau says the move did not immediately spark large numbers of departures for tourism and leisure.

The government has gradually eased restrictions on international and domestic travel as part of efforts to bolster the economy, which slipped into recession in the second quarter following months of lockdown and quarantine to fight the coronavirus pandemic.

Travelers to other countries are required to show confirmed roundtrip tickets, travel and health insurance, a declaration acknowledging the risks of travel and trip delays and a medical test within 24 hours of departure that clears them of COVID-19.

Aside from tedious pre-departure requirements, many countries still restrict the entry of travelers from nations with high number of coronavirus infections, including the Philippines. The Department of Health has reported more than 360,000 confirmed cases, the second-highest in Southeast Asia, with at least 6,690 deaths.

NEW DELHI — Indian Prime Minister Narendra Modi says laxity could lead to a new surge in infections, as authorities reported 54,044 new coronavirus cases in the past 24 hours, taking the overall tally past 7.6 million.

The Health Ministry on Wednesday also reported 717 additional deaths for a total of 115,914.

The death toll and new cases have been on the decline in India since last month. But Modi is urging people to continue wearing masks and observing social distancing until a vaccine is available.

Health officials have warned about the potential for the virus to spread during the ongoing religious festival season that includes huge gatherings in temples and shopping districts.

MELBOURNE, Australia — Australian authorities say they’re treating a coronavirus case in the city of Melbourne as a rare reinfection.

The only coronavirus case reported in the former hot spot of Victoria state on Tuesday had also tested positive to COVID-19 in July.

Victoria Premier Dan Andrews said Wednesday an expert panel had decided to classify the case as a reinfection rather than shedding viral remnants of the July infection.

Andrews says the classification reflected “an abundance of caution” rather than conclusive evidence. He assumed further testing would be conducted into the case in search of a definitive result.

Melbourne has been in lockdown since early July, but restrictions in Australia’s second-largest city are easing this week as daily infection tallies remain low.

A total of 235 crew from Russia and Ukraine were on the flight chartered by three fishing companies. Before leaving Moscow, they were supposed to have self-isolated for two weeks and tested negative for the virus. All remain in quarantine at a Christchurch hotel, and health officials say they expect more to test positive.

One of the companies says the workers were brought in because the future of an important industry is at stake. The company says it uses foreign crew because New Zealand workers either aren’t adequately trained or willing to do the work.

SEATTLE — Washington state Gov. Jay Inslee is requiring colleges and universities to provide quarantine facilities for all students if they are exposed to the coronavirus.

The governor on Tuesday issued more restrictions for higher education campuses as the University of Washington struggles to contain an outbreak in its fraternities and sororities. There also have been outbreaks in Whitman County, home of Washington State University.

The new guidelines require colleges to provide isolation and quarantine facilities for Greek system houses, communal off-campus homes, students living in dorms and other personnel if they don’t have a place to go. Colleges without dorms or residential facilities will have to devise plans for addressing student and staff needs for isolation and quarantine in the event of exposure. 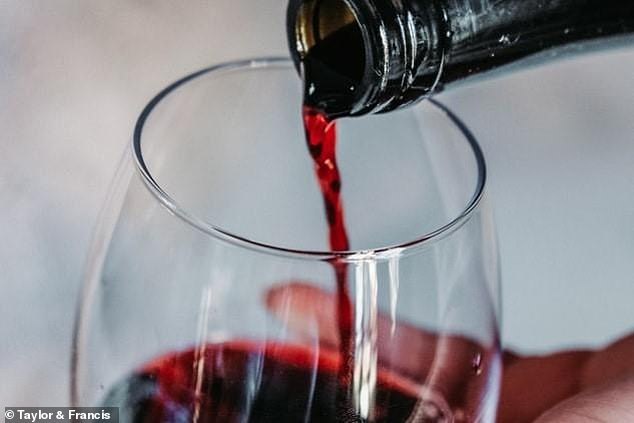 How the pandemic is driving Americans to drink: Binge-drinkers are nearly 20% more likely to overdo it each week a coronavirus lockdown […] 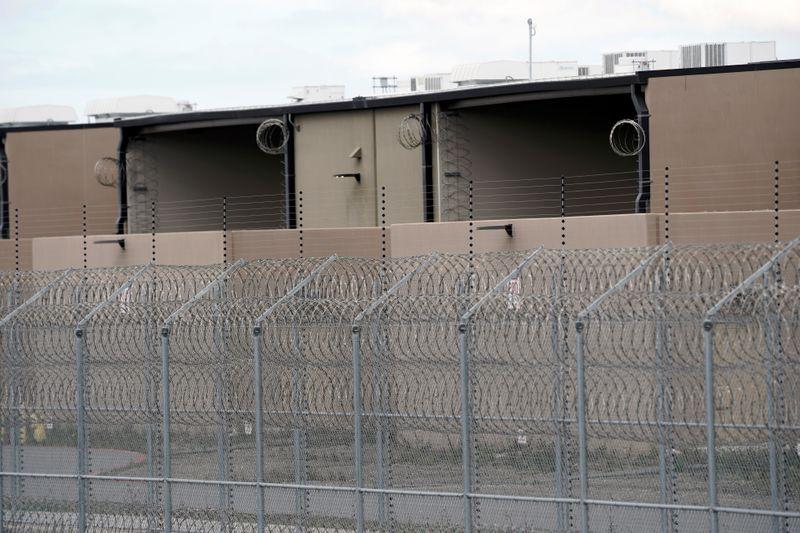 (Reuters) – The first immigrant in U.S. detention with the novel coronavirus died this week, according to federal officials and local health […] 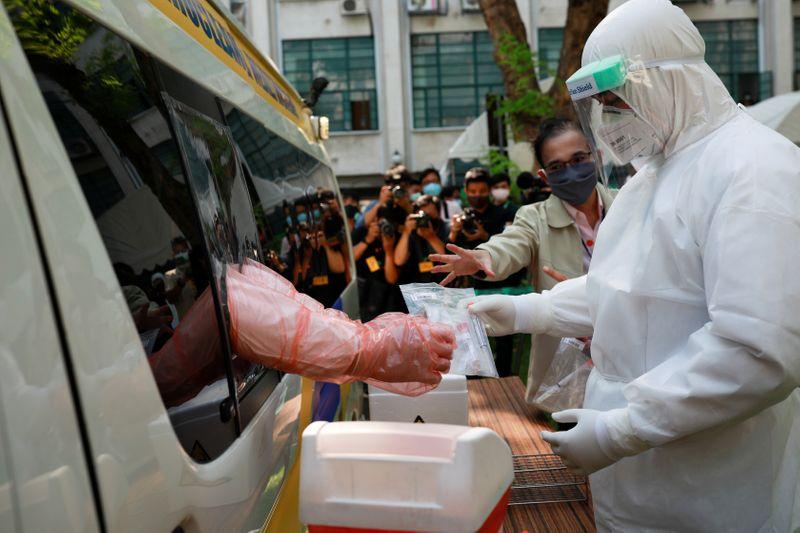 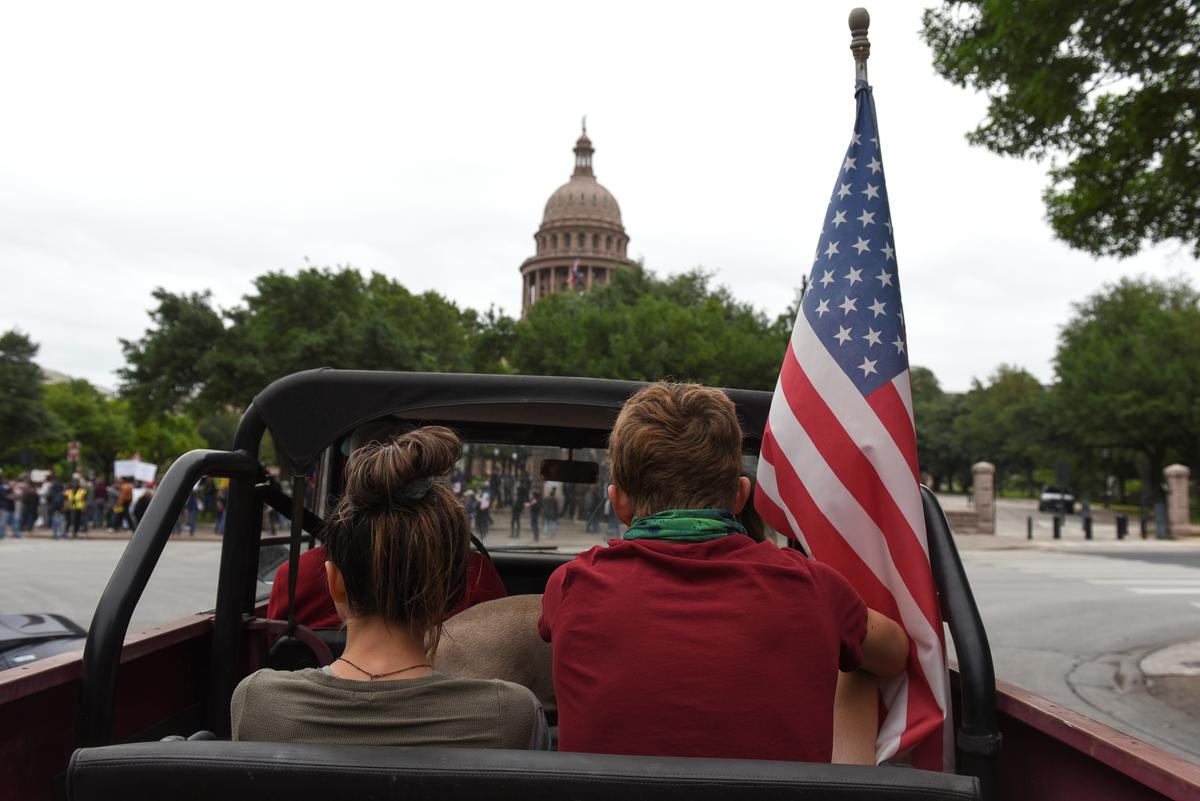 NEW YORK (Reuters) – Demonstrations to demand an end to stay-at-home measures that have pummelled the U.S. economy spread to Texas on […]