Given Ajax and Liverpool have won 21 European trophies between them, it’s slightly surprising that they’ve only been drawn together in continental competition once before. That was in the second round of Big Cup in December 1966, a point in history when half of the world was fried on stupidly strong acid. That, along with the flowering of a young genius called Johan Cruyff, may go some way to explaining a positively lysergic first leg in Amsterdam during which Ajax went 4-0 up in the first half, forcing Bill Shankly to run on the pitch under cover of thick fog to ask his men what the effing hell they thought they were up to. Shankly later blamed the eventual 5-1 defeat on Ajax, who were apparently “playing defensive football on their own ground”. There was only one Shanks, there’ll never be another.

The second leg at Anfield was much less painful for Liverpool, though a comeback never looked likely. Cruyff and Roger Hunt shared four second-half goals, and when Hunt made it 2-2 with five minutes left, ITV commentator Gerry Loftus exclaimed: “Well, wonders never cease! Miracles constantly happen in football! Could it possibly be that Liverpool could pull four back in just over four minutes?!” That dentist who introduced the Beatles to LSD in 1965 had a lot to answer for. The knock-on effects in popular culture were seismic.

Memories of that aggregate 7-3 defeat couldn’t come along at a worse time for the modern-day Reds, still reeling from an eerily similar scoreline at Villa Park, and their unfortunate scrape with some local toughs who made Joe Royle’s Dogs of War look like the Lotus Eaters. On Wednesday night in Amsterdam they face an Ajax side in confident mood, having won four of their first five Eredivisie matches, the latest a 5-1 shellacking of previously unbeaten Heerenveen, and yes, The Fiver probably should get round to updating its pop-culture references one day.

Jürgen Klopp is likely to station Fabinho next to Joe Gomez in the centre of Liverpool’s defence, with Joël Matip already knacked after exactly 79 minutes of the brave new VVD-lite era. Of course he is. But it’s not all bad news for Liverpool, who were able to recreate the foggy conditions of 1966 in training by using the thick steam that poured from Georginio Wijnaldum’s lugs as he discussed Jordan Pickford in a presser. All eventualities covered, with lessons learned from history, the odds of Klopp surreptitiously racing on the field in the 39th minute to give Gomez, Fabinho and Adrían some beneficial advice in the trenchant style have shortened dramatically.

Join Scott Murray from 8pm BST for hot Big Cup MBM coverage of Ajax 1-3 Liverpool, while Simon Burnton will be on hand for Manchester City 2-1 Porto.

“This group showed a flagrant disregard for the rules which are in place to help prevent the spread of coronavirus. Actions like this undermine the efforts being made by the majority of others in order to protect themselves, their family, friends and wider communities” – chief superintendent Janice Hutton, of Northumbria police, reveals 12 members of a football team have been fined after being caught drinking in a South Tyneside pub and falsely claiming to be from the same household. The force declined to name the team, or the boozer.

Spanish champions 20 years ago, Deportivo are now in the third tier. At least their fans are finally allowed back in the Riazor, so Sid Lowe joined them.

The latest Football Weekly podcast will be in this vicinity.

“Yesterday I received an email from Norwich City, where, for my sins or otherwise, I continue to hold a season ticket. (The club have been very good and open regarding rebates and future games …) The email suggested that, if I wish, I may purchase a ticket to watch my team from the comfort of one of the hospitality areas of Carrow Road while they are actually participating in a home fixture. So, although I’m not able to watch them ‘live’ from the open-air seating areas at Carrow Road, I can purchase a ticket to watch them ‘live’ in a confined space at Carrow Road, with up to five others at my table … as long as I don’t have a direct view of the pitch. You couldn’t make it up” – John Scent.

“Re: Paul Dixon’s comment on Pep Guardiola’s papal judgment of character (yesterday’s Fiver letters). One should remember two points about the two men pictured shaking hands: only one of them preaches financial fair play and the other is not infallible” – Justin Kavanagh.

Send your letters to [email protected] And you can always tweet The Fiver via @guardian_sport. Today’s winner of our prizeless letter o’the day is … John Scent.

Nikita Parris says the FA needs to have more inner city centres of excellence if it wants to open the door to more black, Asian and minority ethnic players in the England squad.

PR’s Mesut Özil has sharpened his pencil and scribbled a letter to Arsenal fans. “I’m deeply disappointed that I have not been registered for the Premier League season,” he sniffed, as Gunnersaurus presumably gave him an empathic pat on the back. “In 2018 I pledged my [£350,000 per week] loyalty and allegiance to the club that I love, and it saddens me that this has not been reciprocated … loyalty is hard to come by nowadays.”

Like Weird Uncle Fiver’s purple woollen long johns when Granny Fiver puts a wash on, Manchester United’s revenue has shrunk by around 19%.

Pep Guardiola reckons Manchester City’s recent Big Cup failings are on him. “I’m so responsible for this,” he blathered. “I don’t blame any players, they are mature enough. We had really good moments and had our chances but made mistakes.”

Meanwhile, Big Cup champs Bayern Munich fear more players could test positive for coronavirus before their game with Atlético Madrid after Serge Gnabry trained with teammates before he knew he was infected.

And José Mourinho has had enough of the famous Tottenham Hotspur being taunted for finding new and interesting ways to let leads slip. “No stories about ‘Spursy’ and this kind of thing,” he honked. “We just need to defend better from set pieces.”

Steve Morrow gets his chat on with Nick Ames about his 20 years as player, scout and senior academy employee at Arsenal, and that Milk Cup final.

Neymar, Bruno Fernandes and a tale of two talismans in Paris. By Jonathan Liew.

Santos have eventually seen sense and dropped Robinho – but only to please sponsors, reports Tom Sanderson.

And the Knowledge delves into unlikely football club appointments, including the member of Simply Red who became a Liverpool masseur, the hip-hop talent scout at Marseille and the CTO (chief tattoo officer) of Philadelphia Union.

In a performance typical of Canada of late – dull but efficient – another of Lyon’s treble-winners, centre back Kadeisha Buchanan, proved […] 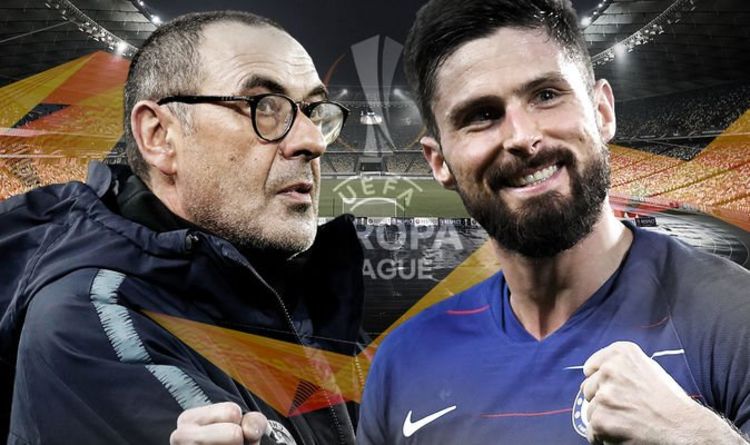 Dynamo Kiev vs Chelsea: Europa League score, goals and updates The Blues take a 3-0 first-leg lead into the encounter in Ukraine […] 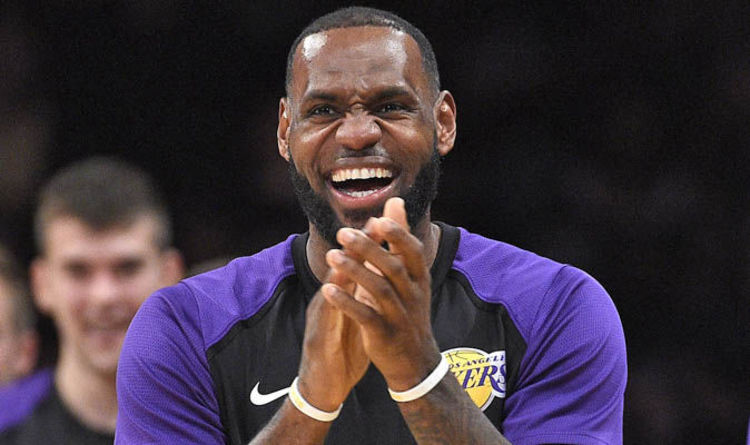 That’s the damning verdict of Fox Sports analyst Jason Whitlock, who claims the Lakers have acquired James at the wrong end of […]