The average cost of buying a home in Britain reached an all-time high of £239,000 in August, with people making the most of the Chancellor’s stamp duty holiday, official figures show.

In the year to August, property prices increased by an average of 2.5 per cent, or £6,000 compared to a year ago, the Office for National Statistics and Land Registry said.

But with the stamp duty window closing in March and a possible jobs crisis looming, some experts think the sharp upturn in house prices has ‘unstable foundations.’

Local lockdowns are also triggering uncertainty and from 6pm this Friday, all high-street estate agents in Wales have to close their doors, with in-person property viewings banned until 9 November.

Samuel Tombs, chief UK economist at Pantheon Macroeconomics, said he thinks ‘as things stand, it remains likely that most of the increase in prices since the housing market reopened in May will be reversed over the course of the next 12 months.’

HM Revenue and Customs figures also today revealed that 98,010 completed house sales occurred across the country in September, which is broadly in line with the same month a year earlier. 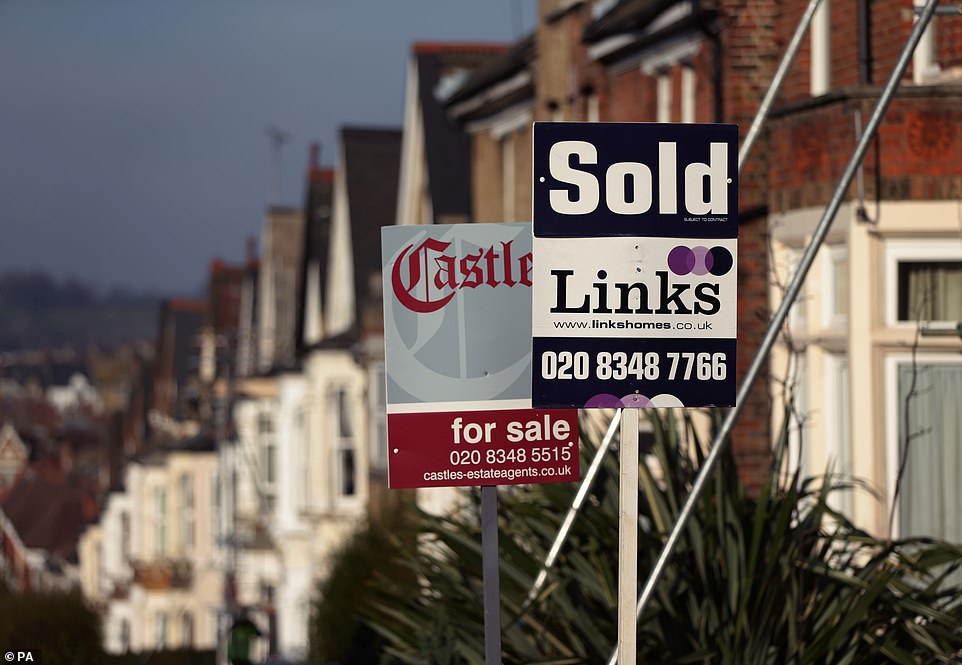 House prices across the UK were £6,000 higher typically than in August 2019, with prices rising in every part of Britain (file image) 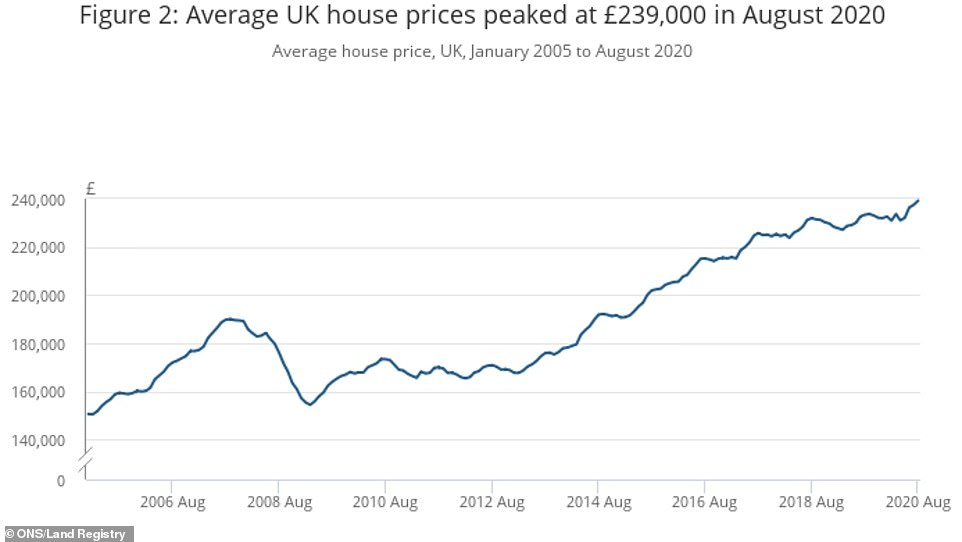 On the up: The average cost of buying a home in Britain reached an all-time high of £239,000 in August

House sales in September jumped by more than a fifth, or 21.3 per cent, compared to August. That is a far healthier picture than many property professionals had envisaged during the first lockdown.

‘This suggests that the temporary changes to stamp duty designed to boost confidence in the housing market have worked well to achieve this goal. There are very few sectors where buyers and sellers feel as confident as they did in September 2019.’

Andrew Southern of property developer Southern Grove said: ‘Homes are flying off the shelf and this trend still looks like it has further to run. If true, it will have taken a pandemic to shift transactions up a gear and the irony won’t be lost on the industry.’

HMRC said the month-on-month jump in completed transactions is likely due to ‘the continued release of pent-up demand within the property market since March 2020 and early impacts from the temporarily increased nil rate band of SDLT.’

John Phillips, national operations director at Just Mortgages and Spicerhaart said: ‘We saw record numbers of applications and exchanges in September. Numbers are higher than any of us expected to see and volume is consistently high across the country, surprisingly the South East and London are slightly quieter.

‘The one downside has been the lack of lenders offering high LTV mortgages. There are still thousands of clients with 10% deposits who are safe investments and they are currently being blocked from owning a home.’ 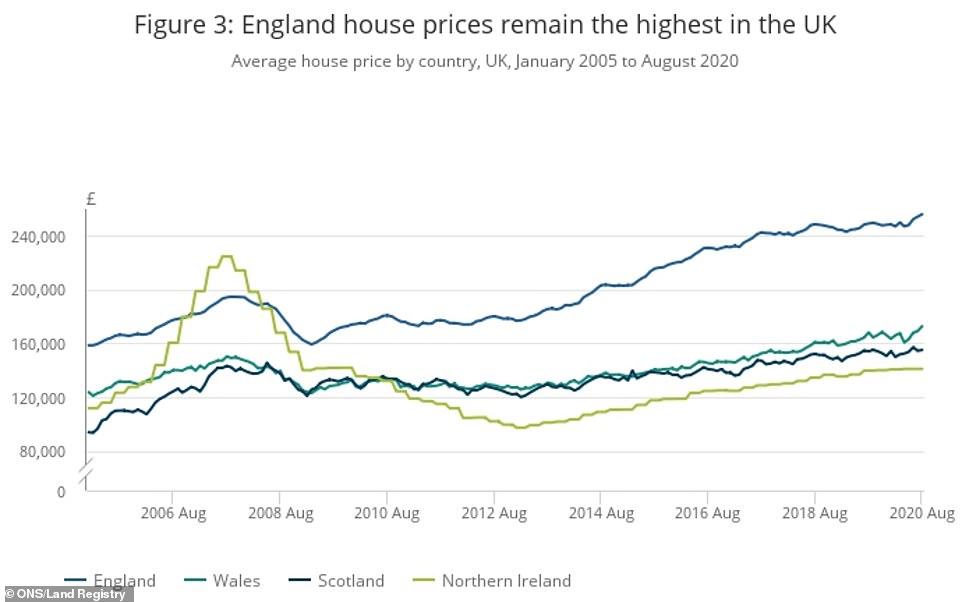 Variations: Prices in Northern Ireland have jumped, but England remains the most expensive

In Northern Ireland, the average cost of a home increased by 3 per cent to £141,000, the ONS figures show.

Within England, the East Midlands had the highest annual growth in average house prices at 3.6 per cent, while the North East had the lowest, seeing growth of 0.2 per cent.

London remains the most expensive area in the country to buy a home, with properties coming with a price tag of around the £489,000 mark.

This is a joint record high for London, with this price last seen in July 2017.

At the other end of the spectrum, the North East continued to have the lowest average house price, at £132,000, and is the only English region yet to surpass its pre-economic downturn peak of July 2007, according to the ONS. 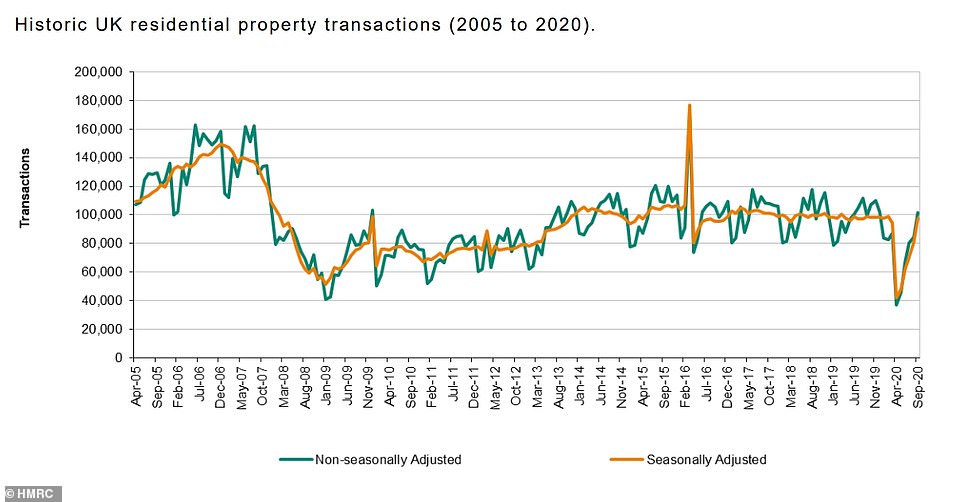 The ONS said: ‘Over the past three years, there has been a general slowdown in UK house price growth, driven mainly by a slowdown in the south and east of England.

‘The beginning of 2020 saw a pick up in annual growth in the housing market before the coronavirus restrictions were put in place at the end of March 2020.’

While the property sector appears to have been buoyant in parts of the country during the pandemic, a growing number of experts thinks turbulent times are ahead.

From 6pm this Friday all high-street estate agents in Wales have to close their doors and in-person property viewings will be banned until 9 November.

House moves in Wales can still go ahead if they cannot be delayed until after this date.

But, with other parts of the country expected to be switched to the highest tier of lockdown in a matter of days, it remains to be seen whether the housing market will stay as active as it has been over the last few months.

‘It partly reflects well-off buyers seeking to buy bigger homes in response to the pandemic, using some of the savings from commuting less and consuming fewer services. This wave of demand likely will be sated soon.’

He added: ‘It remains likely that most of the increase in prices since the housing market reopened in May will be reversed over the course of the next 12 months.’ 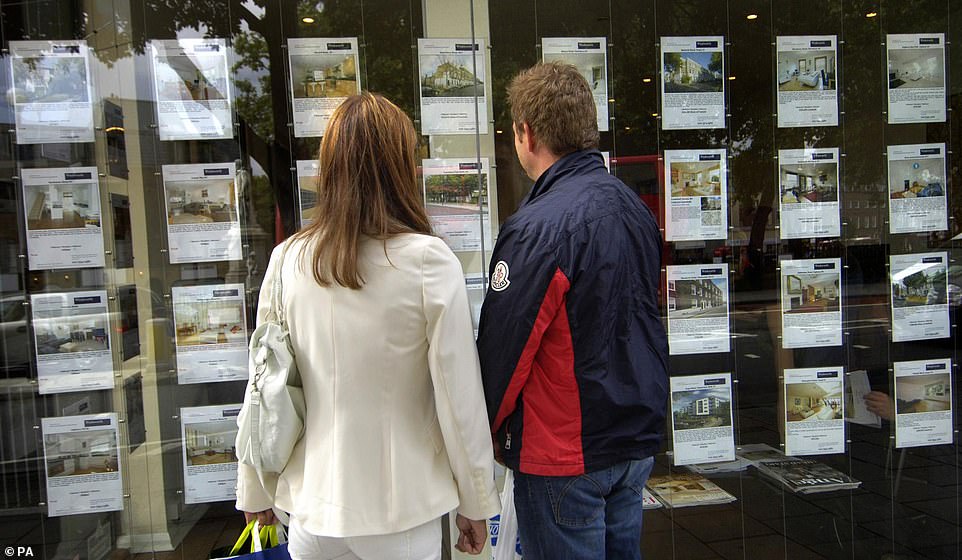 New rules: From 6pm this Friday all high-street estate agents in Wales have to close their doors

He said: ‘Uncertainty may cause people to delay major financial decisions such as moving home and lead to weaker house price growth over the coming months.’

He added: ‘Assuming there is a relatively limited second peak in Covid-19 cases, with no nationwide lockdown, house prices could grow nationally by around 1% in 2021. If further measures are introduced to control the spread of the virus, house prices could fall in 2021.’

The EY Item Club thinks the current upside for the housing market will prove ‘unsustainable’ due to ‘challenging fundamentals’ for consumers.

It said: ‘The EY Item Club expects the housing market to come under increasing pressure over the final months of 2020 and start of 2021 when there is likely to be a significant rise in unemployment.

‘There is also likely to be a fading of pent-up demand. Renewed restrictions relating to increased COVID-19 cases may also have some dampening impact on housing market activity.’

While buyers and investors with deeper pockets have been able to make the most of the Chancellor’s stamp duty holiday in the last few month, many prospective first-time buyers remain locked out of the market, with a string of lenders axing higher loan-to-value mortgage deals. 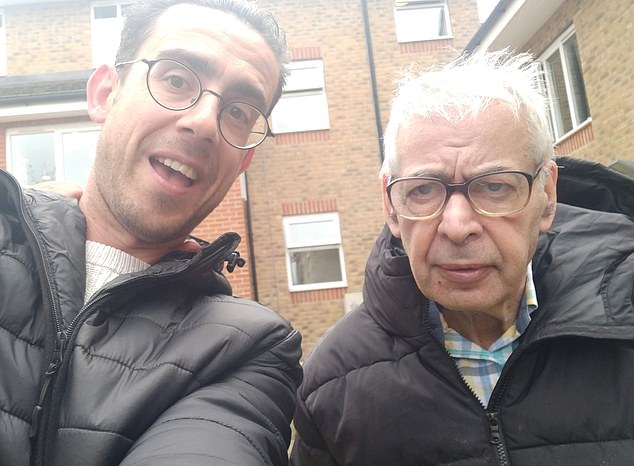 My dad died months ago, so why must he still pay council tax? By Marc Shoffman, Financial Mail On Sunday Published: 22:01 […] 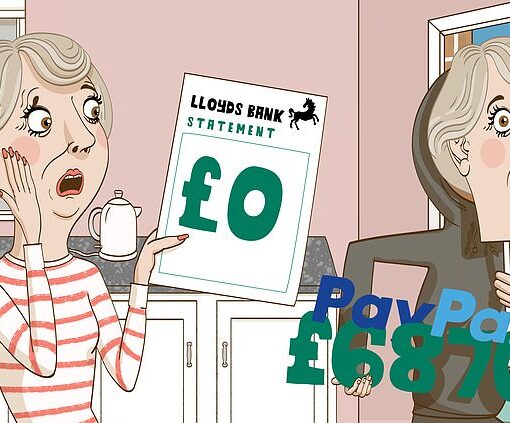 During May and June I was a victim of fraud and my Lloyds Bank account was wiped out. The fraudster stole my […] 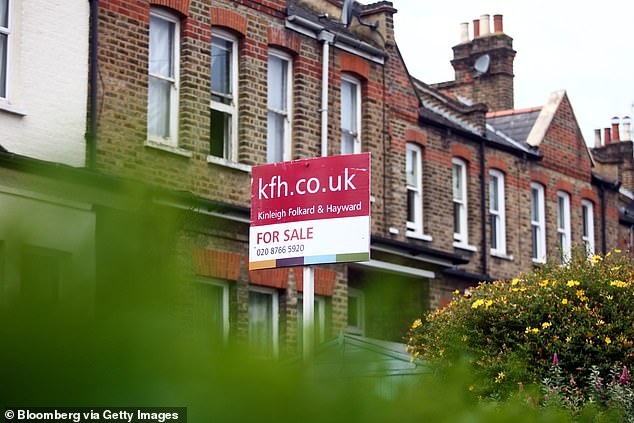 Asking prices for property dip as home sellers ‘get real’ in bid to complete deals before stamp duty deadline Some 0.5% was […] 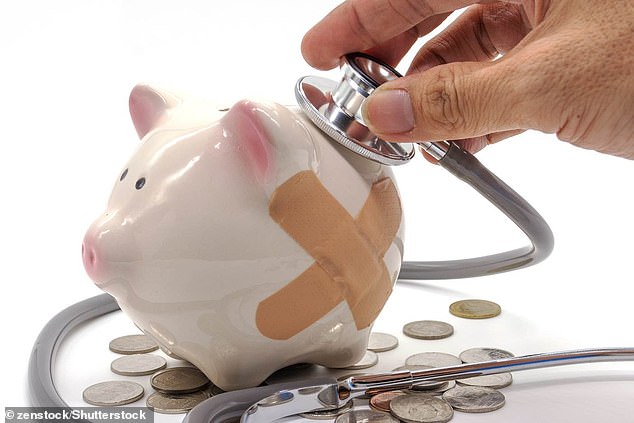 You’ve almost certainly had more pressing things on your mind than your pension over the last five-and-a-half months. But as summer turns […]