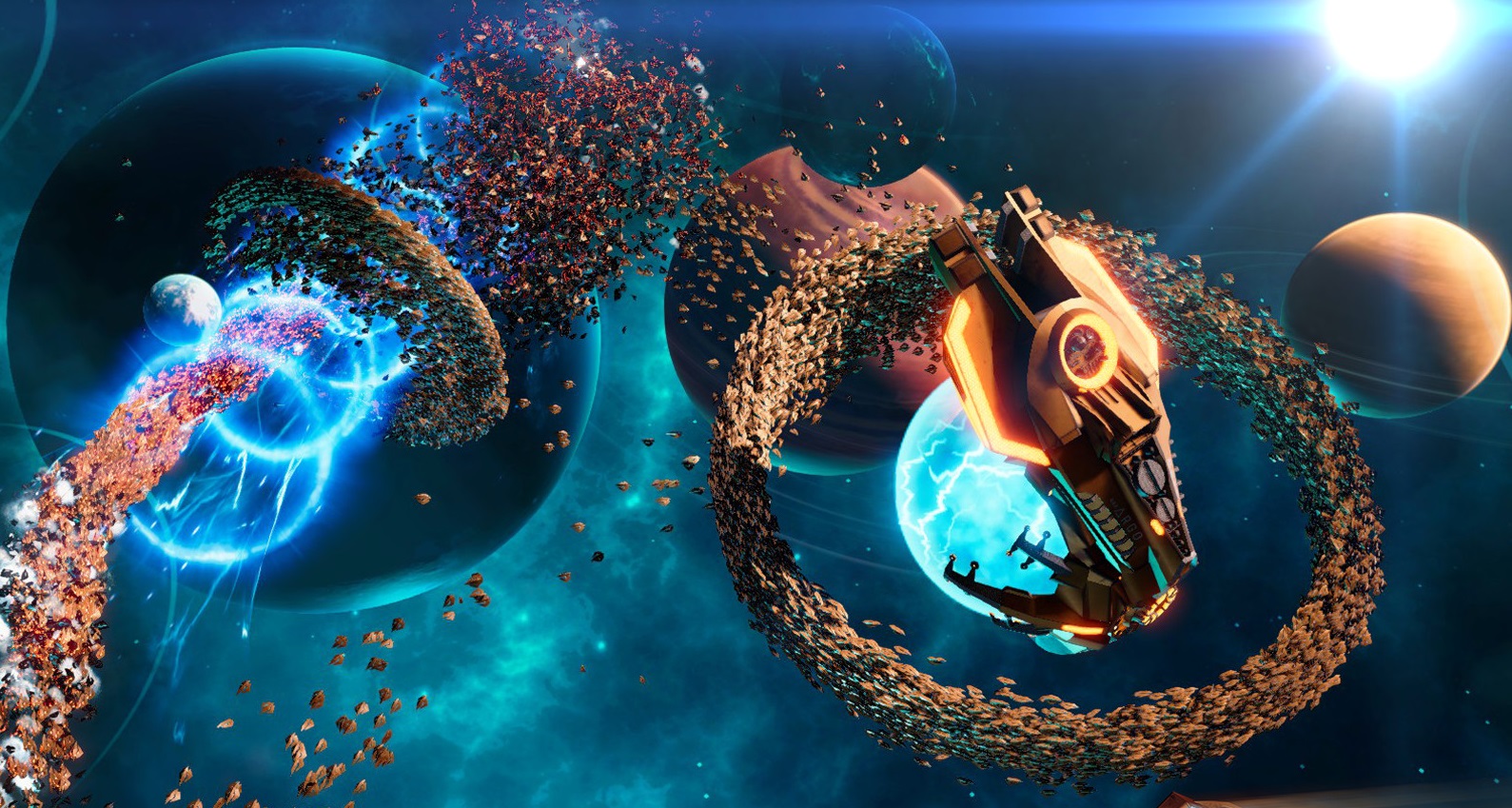 Fast paced real-time strategy Drone Swarm will release this week, an ambitious sci-fi game where you control some 32,000 individually-simulated space drones. It has an interesting vibe, quite pretty in motion and fairly fast-paced for a contemporary RTS. It’s also single player only, which is kind of refreshing if I’m being honest. There’s a demo you can try if that tickles your fancy.

Gameplay looks like a series of fast-paced tactical action puzzles. It’s nontraditional for an RTS, but the free demo is fun enough if you’re interested. You control the swarm, forcing it to use various abilities like shields, charges, and superheating to defeat enemy ships while protecting your own mothership. The mothership itself has weapons and upgrades for you to use as well.

The story is about humans jumping around the galaxy trying to find a new home for humanity after earth was destroyed by the eponymous Drone Swarm, which is now under the control of psychic humans. It’s kind of an odd plot but apparently there’s a whole prequel comic series if you’re into it. Could be goofy fun in a 90s Sci-Fi series kind of way. Its been a pretty serious year for Strategy games, with all manner of hardcore entries from Iron Harvest to Crusader Kings 3, so this more lightweight game might be welcome to some.

Honestly, though, why 32,000? Is it because 32,000 is the largest number you can store in a 16-bit integer? Perhaps that makes it a satisfyingly large number for someone who makes computer games. Maybe. Drone Swarm releases on October 20th, and is priced at $25, or $30 for the deluxe edition, on Steam. The deluxe edition is 20% off before launch.

You can now play Xbox games on your iPhone and iPad

This Yakuza-themed ramen is worth AU$400

New PlayStation Store Design Update Is Live For Some Users

Pokemon GO Halloween 2020 Event Details, What You Need To Know To Catch 'Em All