They collaborated on the track Nobody for the 2019 film Charlie’s Angels.

But Chaka Khan has no intentions to ever work with Ariana Grande again, based on a new interview with the 67-year-old musician.

‘F*** her,’ replied Khan when asked if she’d collaborate with the Thank, U, Next pop star, during an interview with VLADtv on Wednesday. 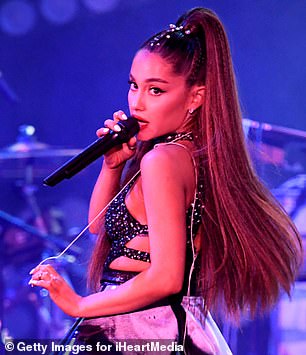 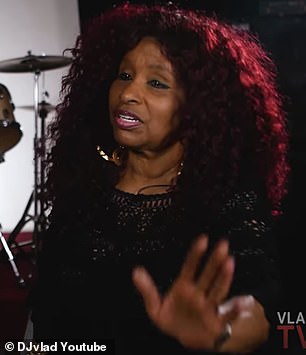 Not gonna happen: Chaka Khan [R] has no intentions to ever work with Ariana Grande [L] again, based on a new interview with the 67-year-old musician

‘She’s good on her own, Chaka told interviewer Luenell. ‘She doesn’t need – plus, I don’t wanna sing with another woman. I ain’t got nothing to say, OK, with a woman.’

‘You say it by yourself,’ continued the artist, whose real name is Yvette Marie Stevens. ‘We ain’t gonna talk about no man. We not gonna do none of that stuff. It’s not happening.’

‘I’m not gonna do no song with no heifer,’ concluded the ten-time Grammy award winner. 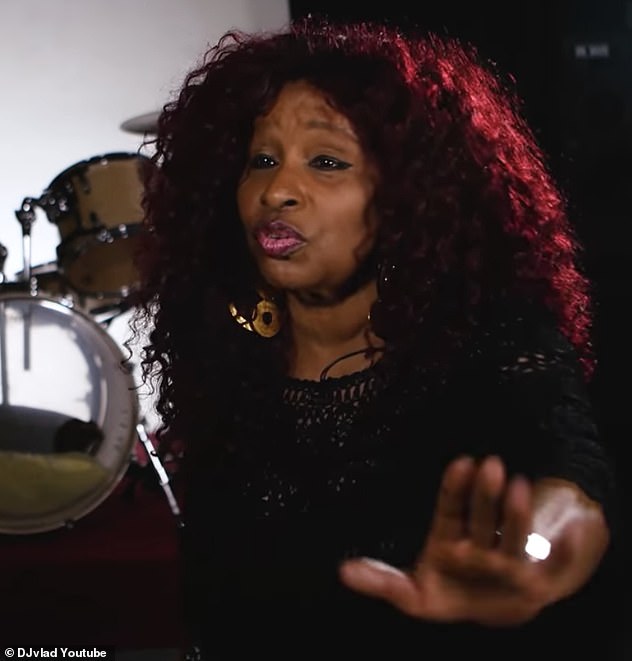 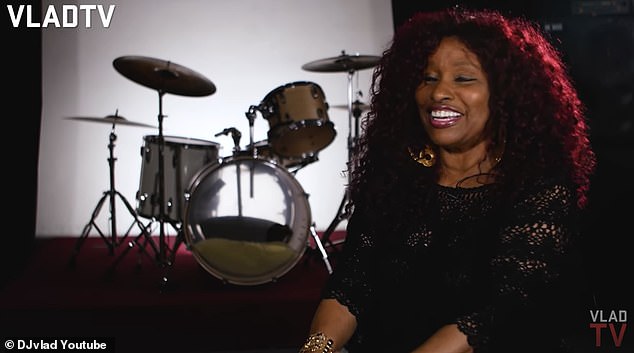 Not every woman: ‘She’s good on her own, Chaka told interviewer Luenell. ‘She doesn’t need – plus, I don’t wanna sing with another woman. I ain’t got nothing to say, OK, with a woman’ 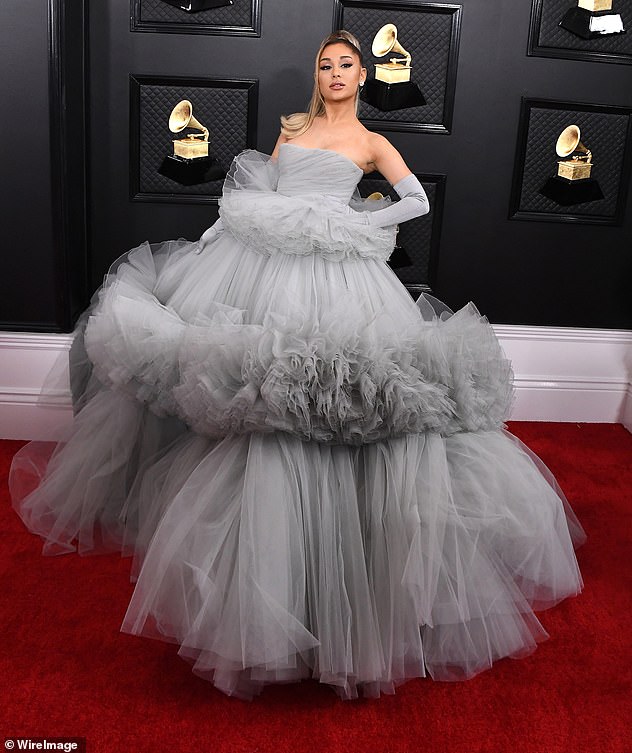 Hitmaker: Grande seen here at the Grammy Awards back in January of this year

Meanwhile, Grande left fans salivating on Wednesday after revealing that she will be dropping her new album before the end of the month.

The platinum selling sensation, 27, whose latest hit Rain On Me with Lady Gaga debuted at number one, teased her fans with the surprising news on social media. 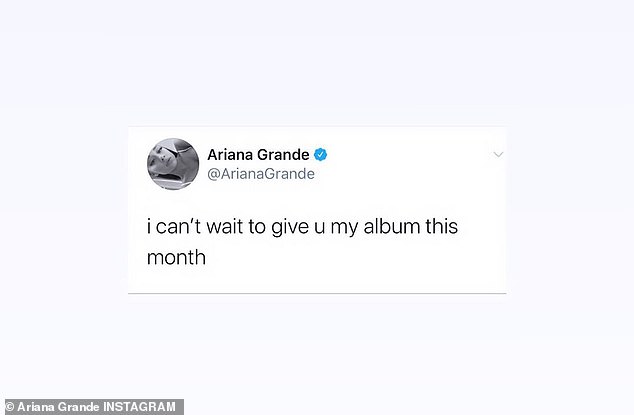 New album: Meanwhile, Ariana took to social media on Wednesday to announce she would be dropping a new album before the end of the month, which sent celebrities and fans into a tizzy

MTV wrote, ‘I REALLY WANTED THIS BUT I WASN’T PREPARED FOR IT.’

Hollywood A-lister Halle Berry shared in the excitement as she wrote, ‘Oooo,’ with a bunch of red hearts.

Ariana’s last album, thank u next, came out in February 2019 and went double platinum after it was named the second best performing album in the county. 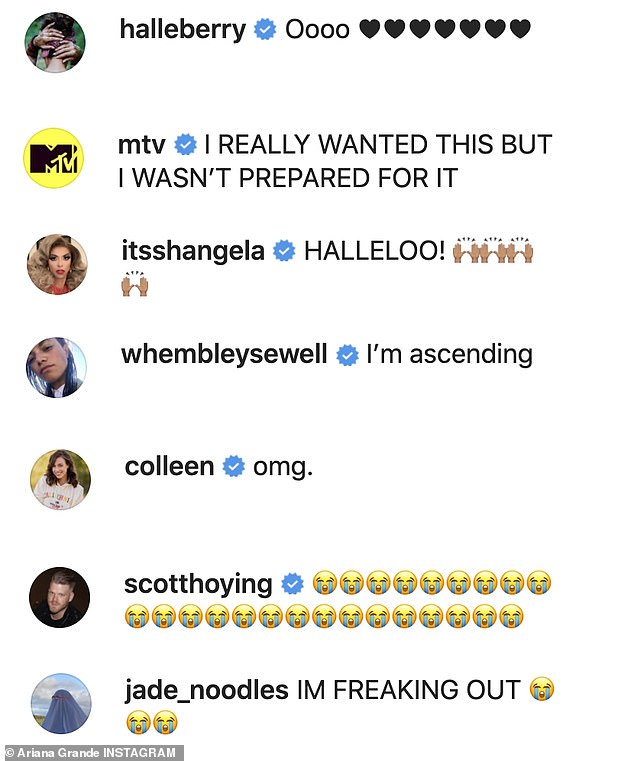 Fan excitement: After the announcement on social media, Ariana’s post received a slew of comments from celebrities and fans including Halle Berry and MTV

The album was nominated for Album of the Year and Best Pop Vocal Album at the January 2020 Grammy Awards, but she sadly went home empty-handed despite five nominations.

The record was written in the midst of personal struggles with ex-fiancee Pete Davidson, and after grappling with the death of ex-boyfriend Mac Miller, who died a month after her 2018 album Sweetener was released.

After the two very public relationships, Grande has since moved onto a more private one with luxury real estate agent, Dalton Gomez, 27. 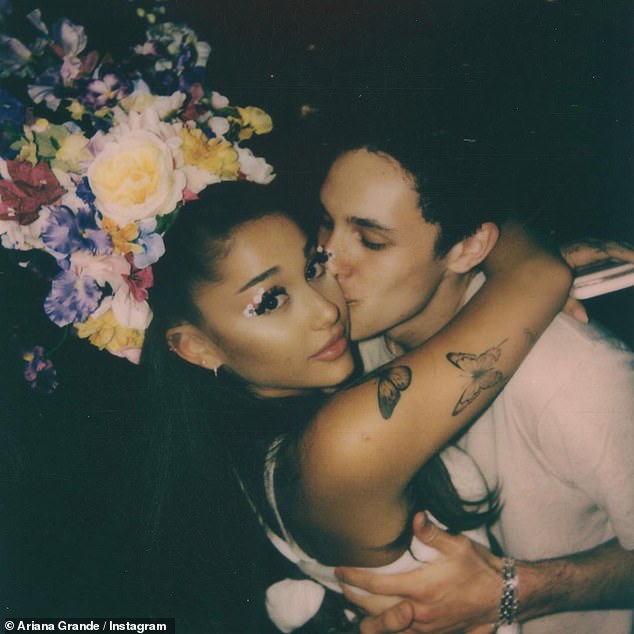 New man: Ariana and luxury real estate agent, Gomez, have been linked since the spring; pictured on her birthday in June

The two were first linked in the spring, after she was spotted kissing him around Valentine’s Day.

Ariana who has spent quarantine with her new beau, made their relationship Instagram official in June.

In recent news, Rain On Me has been nominated for Best Video, Best Song, and Best Collaboration at the upcoming MTV Europe Music Awards.

The likely virtual and pre-recorded ceremony will air on November 8th.

Rain on me: The epic collaboration between Gaga and Grande has been nominated for three awards at the upcoming MTV EMA’s; pictured at the VMA’s in August

Elton John Barbie Is the New Tiny Dancer in Town

ABBA members: Are any of the band ABBA still married?