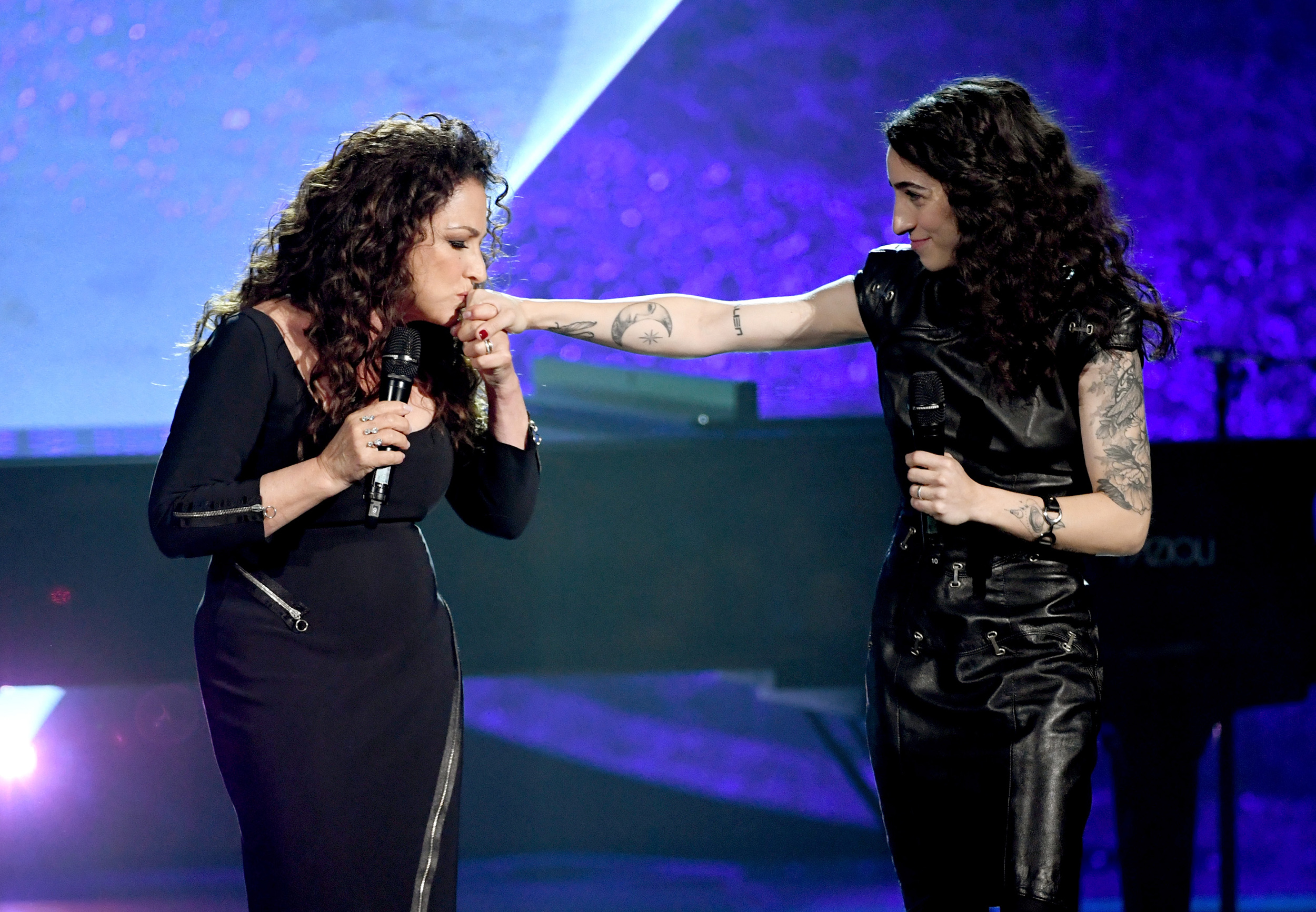 Gloria Estefan says she had her daughter Emily’s back before she came out.

“We had no clue,” the “Bad Boy” singer said about Emily being gay in a clip from a new episode of “Red Table Talk: The Estefans” that features her, Emily and Gloria’s niece, Lili.

“You say, ‘How could we not have known?’ It’s not like I didn’t suspect at some moments,” Estefan said.

“I remember being in my bedroom and I remember telling you, ‘Mama, are you gay?'” Estefan continued. “‘Do you want to carry the gay flag, because if you want, I will get on that parade float with you and I will carry that flag.'”

Estefan said her daughter denied she was gay.

“And at that moment, you said to me, ‘Mom, I’m not gay.’ Because that wasn’t the word in your mind for who you were,” she said.

“I was also figuring out who I am,” Emily responded.

In another clip, Emily, who has been dating girlfriend Gemeny Hernandez for nearly four years, talked about the agony she endured about coming out.

“We started to date and I knew that there was something different here. At that time, nobody knew we were together and we had already been dating for a couple months,” she recalled. “We were taking things slow on our own. When I was finally ready to come out with this information, I was really nervous.”

Emily said the her mother’s reaction was not good.

“I was like, ‘Hey, I’m in love with this girl. The first thing you said was, ‘If you tell your grandma and she dies, her blood is on your hands,’” she said, choking back tears.

“I just wasn’t ready for that because I understand my grandma was old, but it made it feel like, ‘OK, whatever it is, hide it, it’s not OK.’ So, that’s where my hurt started. I’m never going to forget that.”

“Just like you were in that turmoil of emotion, you’re remembering things, as we all tend to do, in a different way,” her mother said.

Emily says she experienced depression because she felt she could not be honest about who she was.

“I was falling apart. I wanted to be strong and act like I was cool, but my life went on pause,” she said.

Her mother said it was important for Emily to come out on her own terms instead of letting other seize the moment.

“I wanted it to be your story! I thought that you had told me you weren’t ready, and I didn’t want to give your story to some person … to post,” Gloria said.

A previous version of this story was first published in TODAY.com.

India get Saha boost, Ganguly says stumper to be fit for Australia tests