A woman who was injured when a man trying to park his SUV accelerated and crashed into an outdoor dining area in Northern California has died, authorities said Tuesday.

A law enforcement source said police pronounced the woman dead after determining on Monday that her brain activity had ceased, according to The Mercury News.

DailyMail.com has reached out to the Santa Clara County Medical Examiner-Coroner’s Office for information on the woman’s identity.

A spokesperson for the office said it was not ready to divulge the identity of the deceased woman as of Tuesday afternoon. 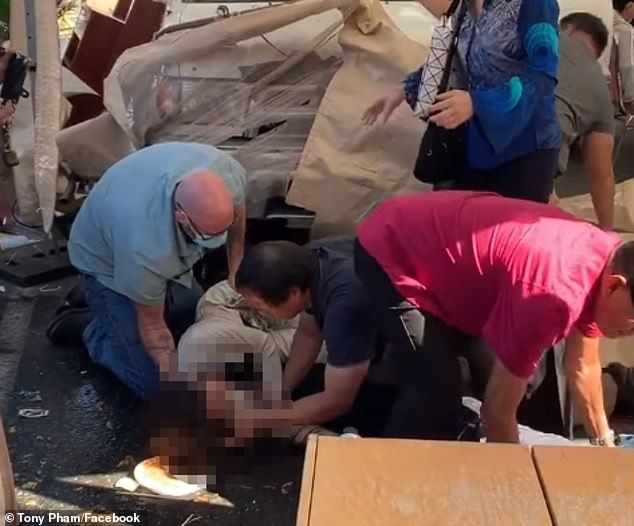 Good Samaritans tend to an injured woman who was struck by an SUV that plowed into an outdoor dining area at the Grand Century Shopping Mall in San Jose, California, on Sunday afternoon 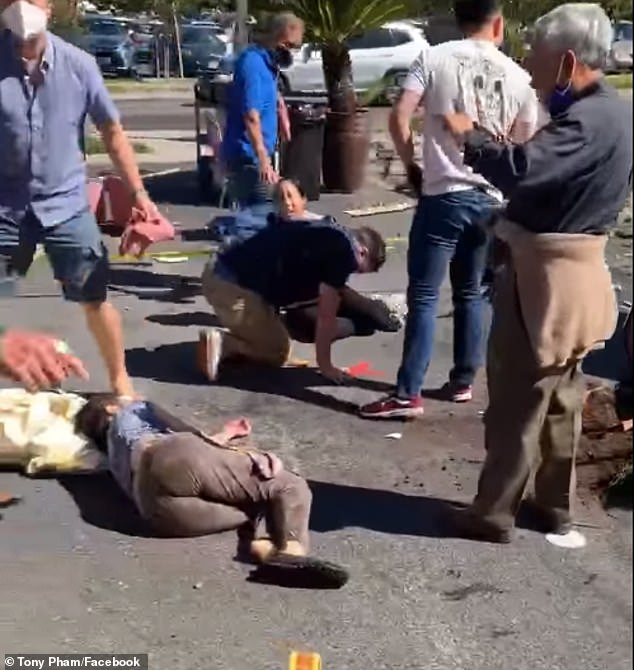 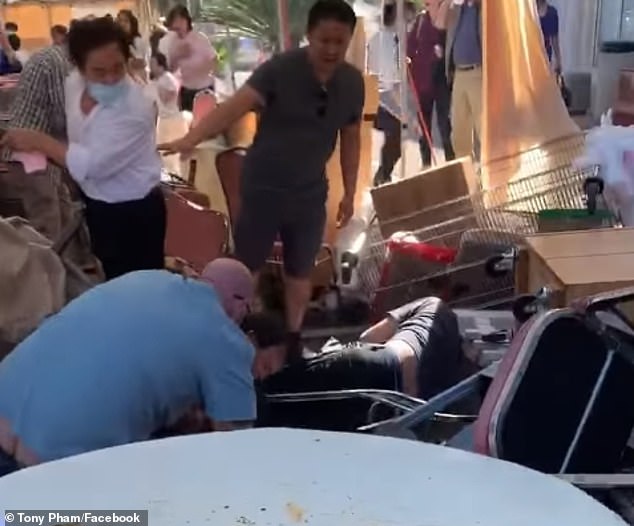 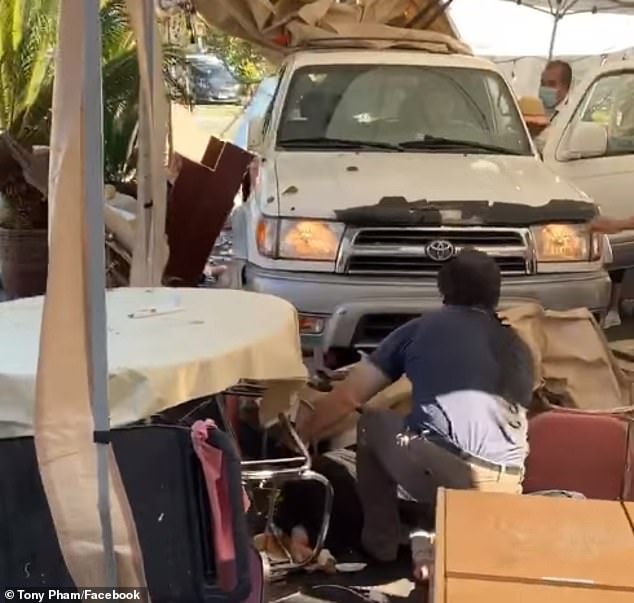 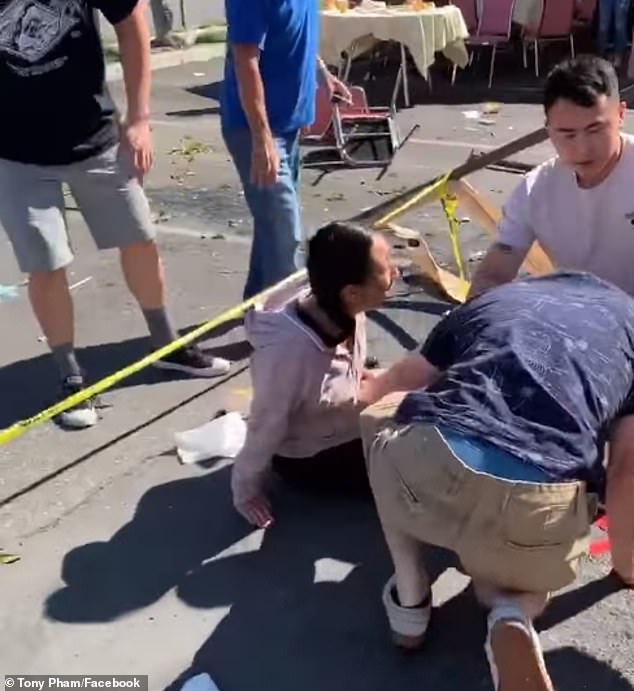 Mall surveillance video obtained by @KPIXtv shows the SUV jumping two curbs, crossing 4 lanes of traffic, before plowing into outdoor diners at Dynasty Chinese Seafood Restaurant. 2 diners are in critical. SJPD says the 69-year-old driver used the accelerator instead of the brake pic.twitter.com/aporE5GoGA

The woman and seven others were taken to the hospital after the crash Sunday at a parking lot of the Grand Century Mall in San Jose.

The conditions of the other seven injured people were not immediately known.

Officers initially said the 69-year-old driver who was behind the wheel of his 2000 Toyota 4Runner may have been in medical distress prior to the crash.

The man was taken to the hospital with minor injuries.

Surveillance footage obtained by KPIX-TV shows the SUV accelerating as it jumps over a sidewalk.

It then crosses four lanes and goes over another sidewalk. Eventually, it plowed into a parking lot that was converted into an outdoor dining area. 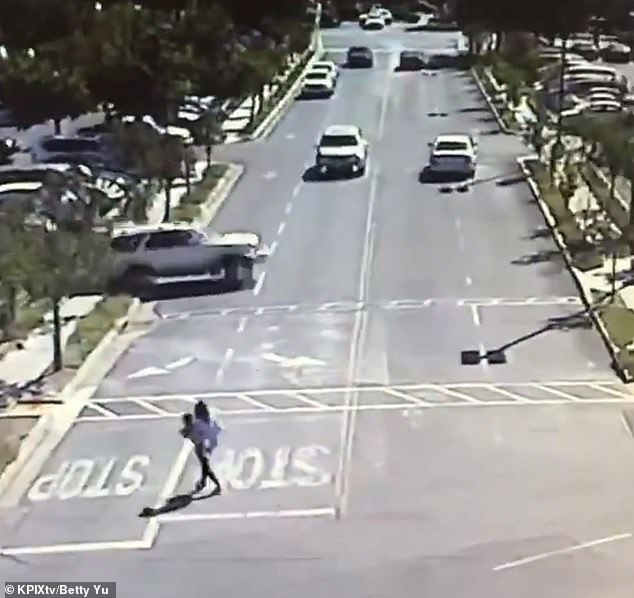 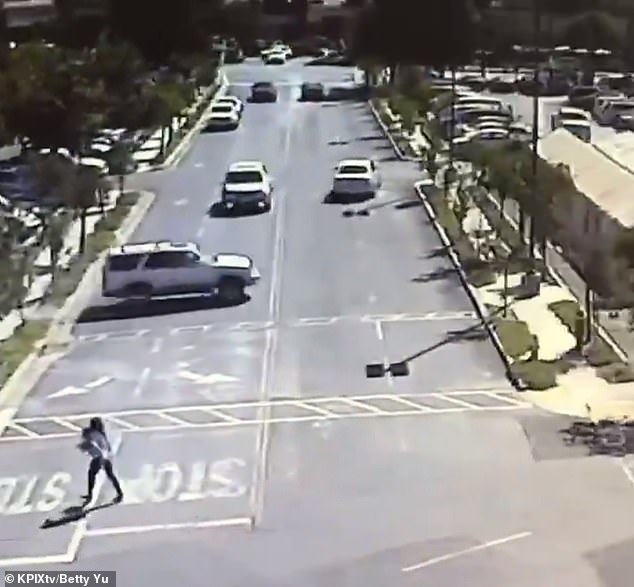 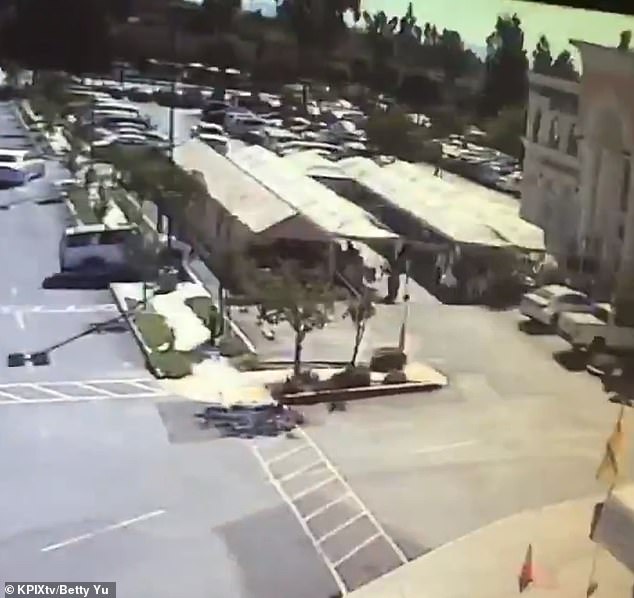 After crossing the four-lane highway, the SUV barrels over another sidewalk and into the parking lot of the mall 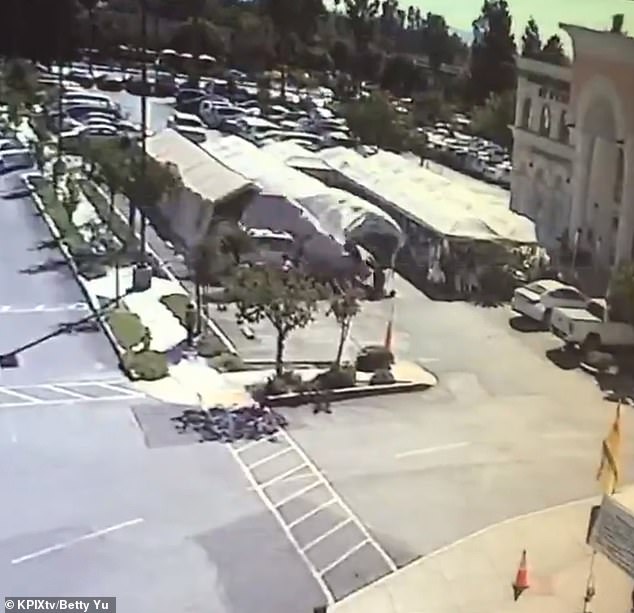 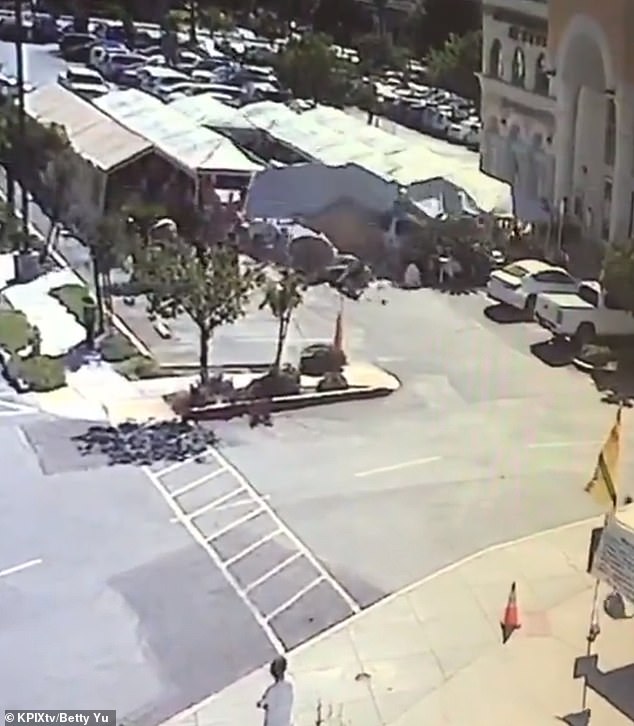 Some 20 people were seated at the area that was serviced by the Dynasty Chinese seafood restaurant.

A San Jose city official told the Mercury News that Dynasty did not apply for or obtain a permit to operate an outdoor dining facility in the parking lot of the mall.

San Jose, like most other major cities, has permitted restaurants and bars to cater to customers outdoors so that they can remain in business while government restrictions ban eating indoors during the COVID-19 pandemic.

Eateries in the San Jose area that want to serve customers outdoors need to apply online.

Doing so would not only have allowed city officials to regulate the process, but it also would have granted the restaurant free metal railings and concrete barriers that would have been put in the parking lot.

Elisabeth Handler, a spokesperson for San Jose’s economic development office, was careful to point out that it is ‘not to say that a registration would have prevented someone from driving into people,’ but that ‘it’s definitely a heads up that we need to look at this more closely and there’s meeting currently going on about it.’

DailyMail.com reached out to Dynasty restaurant, but calls went unanswered on Tuesday. 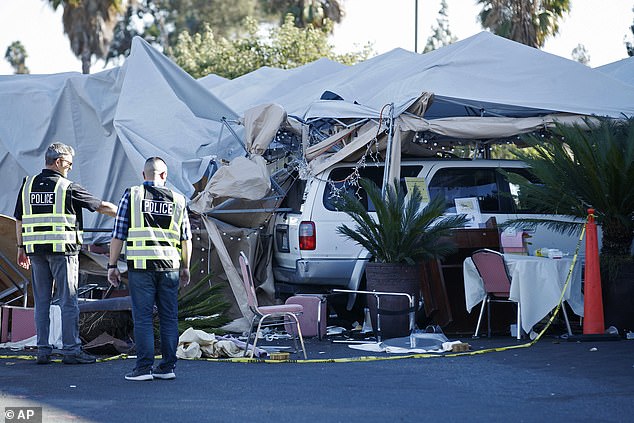 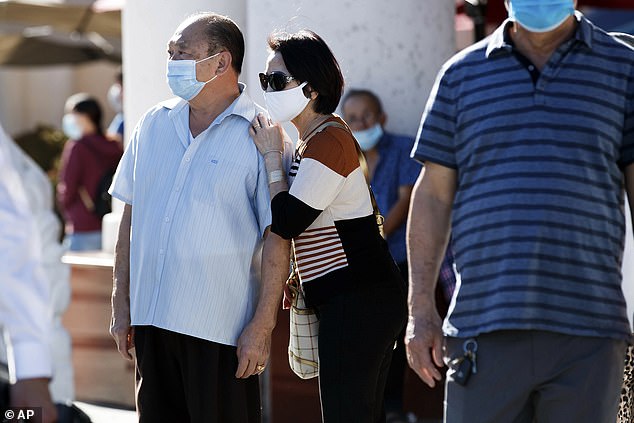 Investigators were still trying to determine what happened and whether the man will face charges is not yet known, Camarillo said.

A mile away and less than six hours later, a man was fatally injured Sunday near a food truck in a parking lot when a woman accidentally stepped on her pickup’s gas pedal instead of the brake.

WASHINGTON — The Senate reconvened for another weekend session on Sunday, as lawmakers continued to make headway on the $1 trillion infrastructure […] 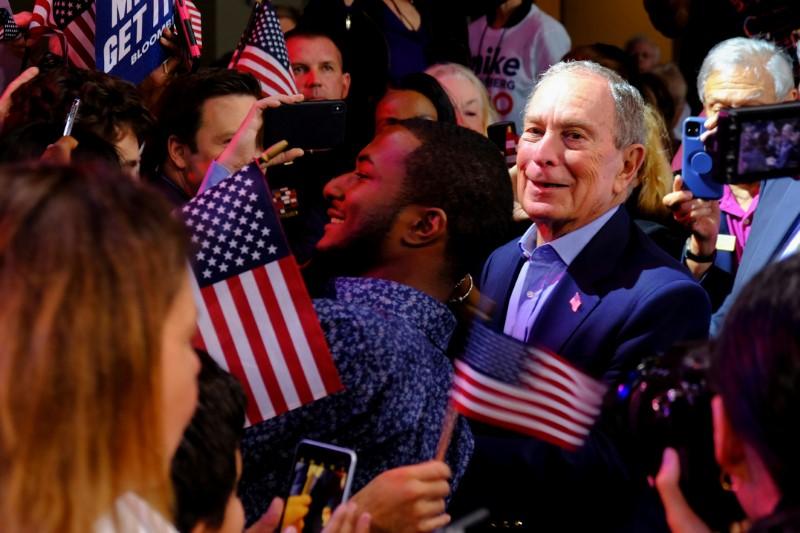 (Reuters) – Former organizers for Michael Bloomberg’s unsuccessful presidential bid sued the billionaire’s campaign on Monday, saying he laid them off amid […] 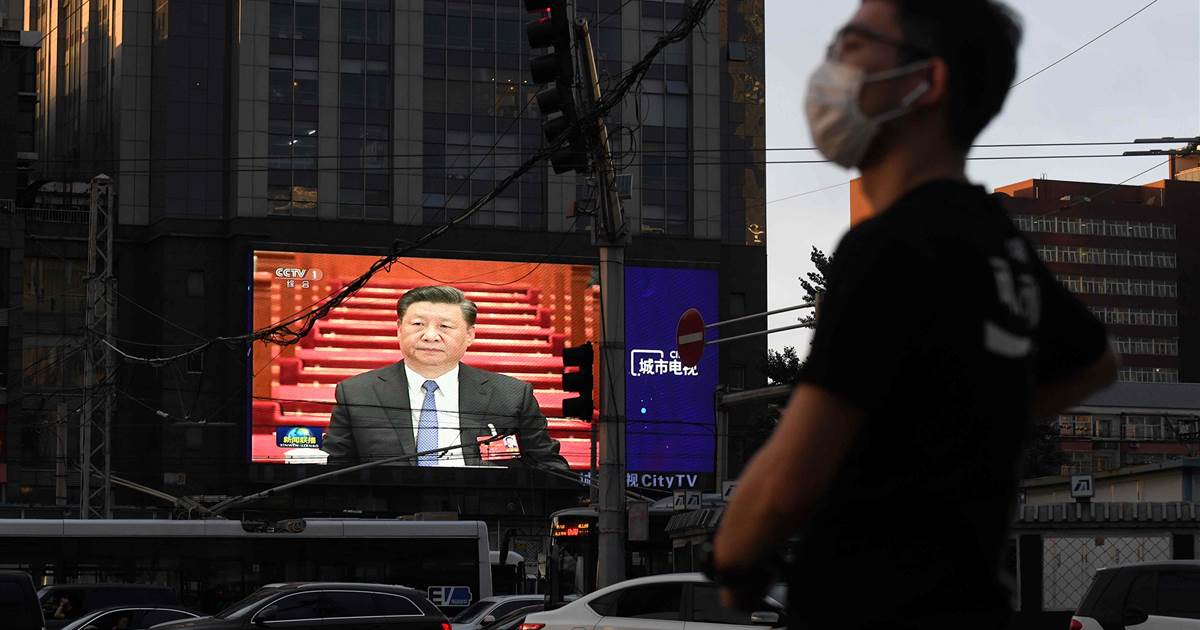 Violent protests after the police killing of George Floyd continue to sweep the United States. And China is watching. “I can’t breathe,” […]