A hero California mailman saved the life of a man injured in a chainsaw accident by fashioning his belt into a tourniquet after seeing it being done in the movies.

Hearing screams for help while walking his postal route Friday in Norwalk, quick-thinking Fernando Garcia sprang into action. Behind a house, the mail carrier found a man lying on the ground – and a lot of blood.

The victim had accidentally cut himself with a chainsaw.

‘When he turned around I saw that he was holding his left arm,’ Garcia told CBS Los Angeles. ‘And he was just covered in blood.’

Garcia unbuckled his belt and made a tourniquet, looping it around the victim’s arm multiple times and holding it tightly until paramedics arrived. 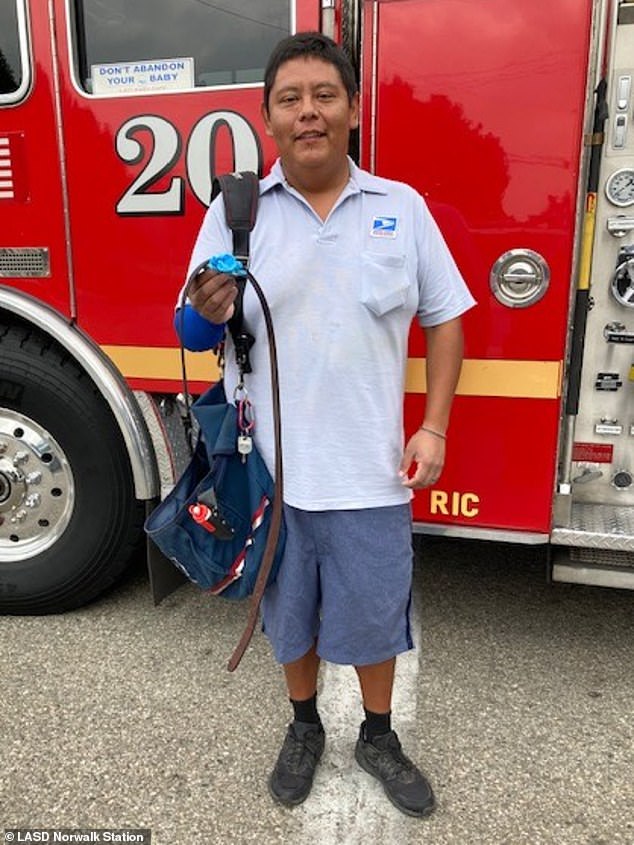 Postal carrier Fernando Garcia heard screams as he walked his route in Norwalk, Calif., on Friday. He found a man lying on the ground behind a house ‘covered in blood’ 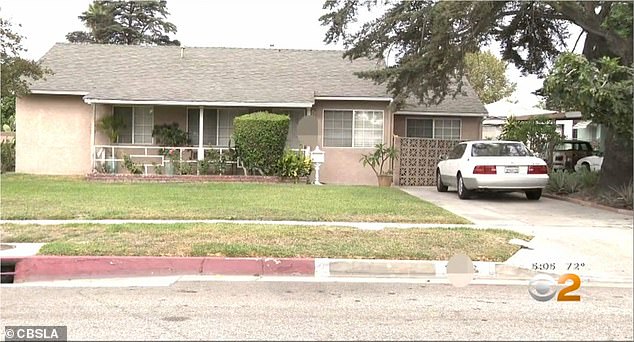 Juanita Cabral, who lives at the house where the man was found bleeding, said the victim is her brother. Family members told CBS Los Angeles that the victim is doing OK.

‘Thank you very much,’ said Cabral in a message for the mailman.

A newly minted hero, the mailman then stopped at a Target store to buy a new shirt and belt – and returned to his route to finish the job.

The Norwalk Station of the Los Angeles County Sheriff’s Department called Garcia an ‘EVERY DAY HERO,’ tweeting that the victim ‘has good prognosis due 2 Mr. Garcia’s actions.’

The tweet shows Garcia in front of a firetruck, holding the bloody belt that he used to save the man from bleeding to death – which he’s since thrown out. 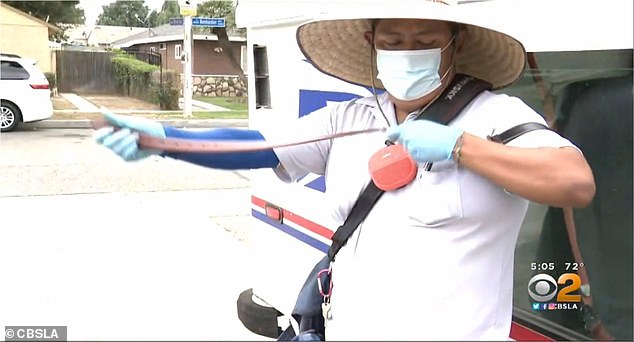 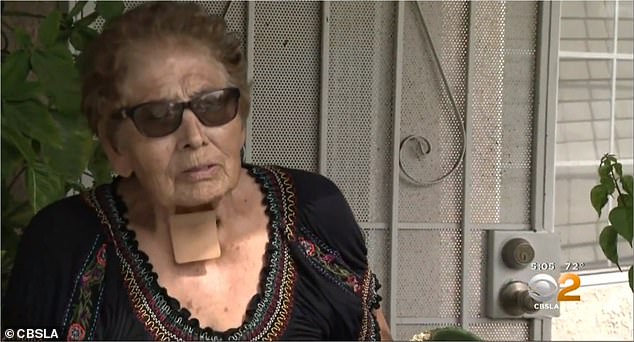 Juanita Cabral, the victim’s sister, lives in the house where he was found bleeding. Family said he was doing OK

‘We should let everyone know that anyone can make a difference, from kids to adults,’ Lt. Pauline Panis of the Sheriff’s Department told CBS Los Angeles. ‘It’s a heartwarming story.’

Garcia’s employer had high praise for his good deed.

‘We are very proud of letter carrier Fernando Garcia and thankful for his swift, heroic action in helping a customer in dire need of assistance,’ the U.S. Postal Service said in a statement to CNN. ‘Our postal carriers truly are the eyes and ears in the community.’

Owner of Malaysian resort where Nora Quoirin disappeared is questioned

US screens highest number of airline passengers since March