A man who got into an Uber ride share on Chicago’s West Side late on Monday was killed in a hail of bullets, police said.

The Uber passenger was getting into a car in the 3300 block of West Beach Avenue in Humboldt Park on Monday at around 11:15pm.

According to investigators, the driver of the Uber heard gunshots just moments later. He then noticed that the passenger was struck in the head and immediately called police, the Chicago Sun Times is reporting.

The victim was rushed to Stroger Hospital in critical condition. He was later pronounced dead. 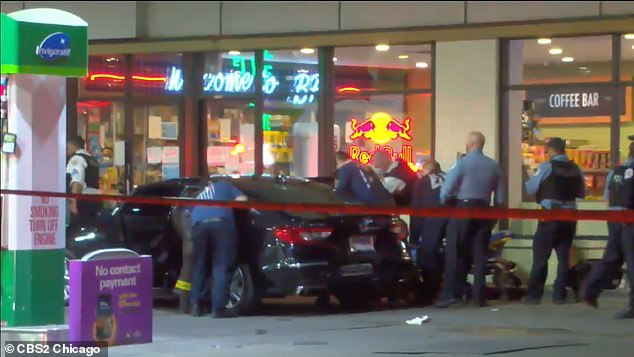 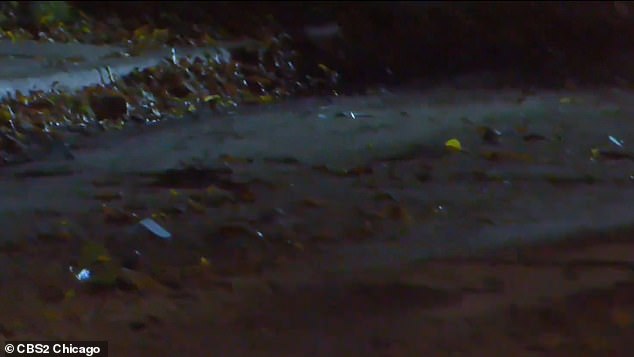 Bullet casings were seen nearby. Police said an unidentified man was killed after he was shot in the head 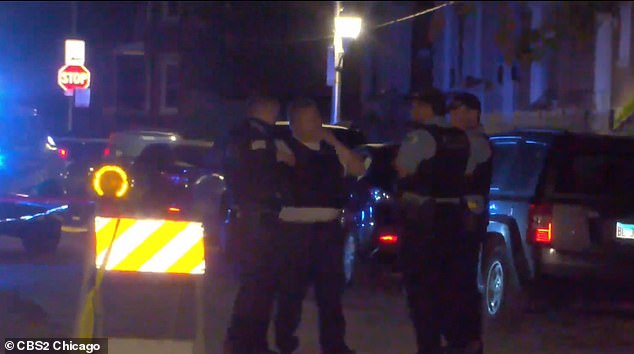 So far, the medical examiner’s office has yet to release the identity of the victim

As of Tuesday morning, no arrests have been made, according to CBS 2 TV.

The Chicago Police Department said it does not release the identity of victims and referred DailyMail.com to the Cook County Medical Examiner’s Office.

The medical examiner has yet to respond for comment.

Last month alone, there were 81 homicides, the most in September since 1993, when the city recorded 84 murders.

This past weekend, four people were fatally shot and 41 were wounded in several shooting incidents.

Chicago police said this year has seen the highest number of murders in the last five years.

As of Tuesday, at least 607 Chicagoans have been killed on the city streets this year. 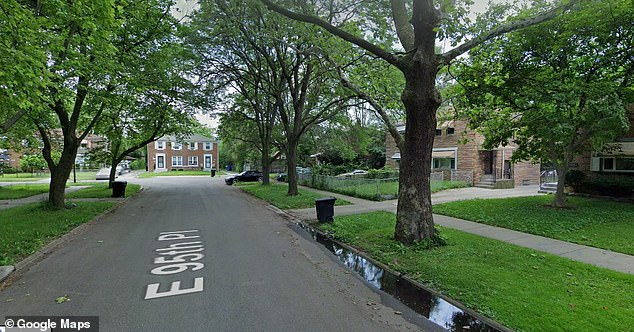 Less than an hour after the shooting in Humboldt Park, officers responded to a report of gunfire at about 12:05am on Tuesday. They found a 35-year-old woman who was eight months pregnant unresponsive on a porch on the city’s South Side with two gunshot wounds to the back, police said 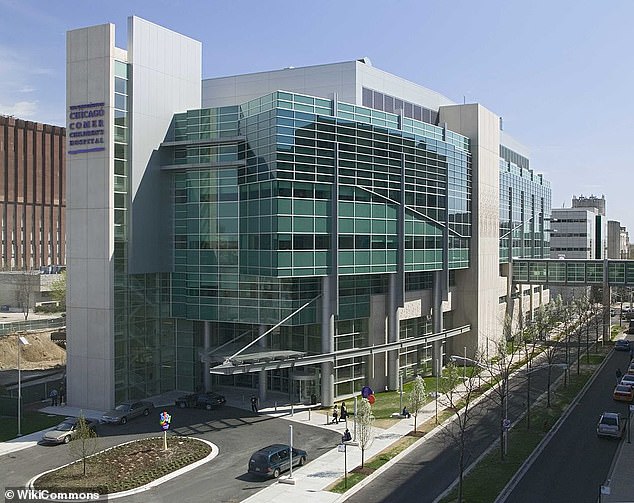 The baby was hospitalized at Comer Children’s Hospital, police said.

By comparison, 424 people died by homicide in Chicago in all of 2019, according to the Chicago Tribune.

A July study by the National Commission on COVID-19 and Criminal Justice found Chicago, New York City, Philadelphia, Milwaukee and Detroit have all seen a rise in homicides, aggravated assault and gun assaults in 2020.

The study found that ‘rates of homicide, aggravated assault, and gun assault began to increase significantly in late May’.

Paul Cassell, a professor at S.J. Quinney College of Law at the University of Utah has dubbed the rise in crime across the US as the ‘Minneapolis effect’.

The city council in Minneapolis voted to dismantle the police and slash its budget after the May 25 death of black man George Floyd while in custody.

Cassell estimates that ‘as a result of de-policing during June and July 2020, approximately 710 additional victims were murdered and more than 2,800 victims were shot’.

In research published this month Cassell wrote: ‘Recently, major cities across the country have suffered dramatic spikes in homicides. These spikes are remarkably large, suddenly appearing and widespread.’ 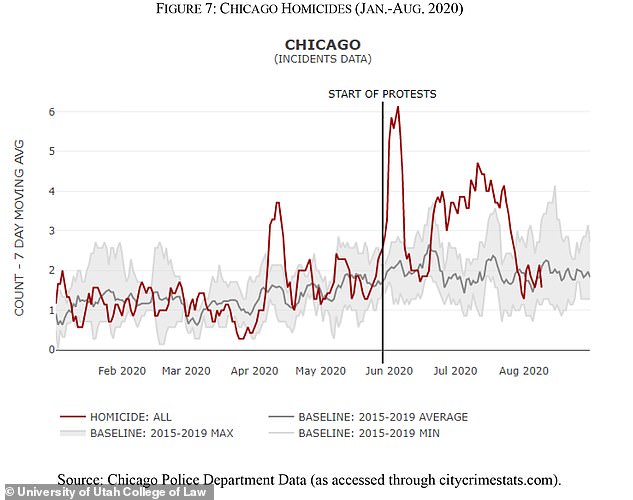 A July study by the National Commission on COVID-19 and Criminal Justice found Chicago, New York City, Philadelphia, Milwaukee and Detroit have all seen a rise in homicides, aggravated assault and gun assaults in 2020. 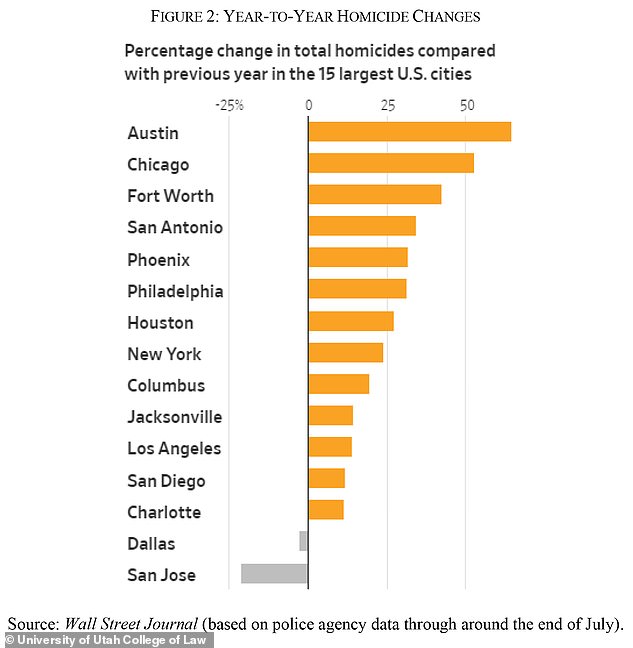 Major cities across the United States are seeing a ‘dramatic and widespread spike in homicides’ after police funding cuts, according to one expert

Less than an hour after the Uber passenger was fatally shot in Humboldt Park, the city was rocked by another horrific crime.

A woman who was eight months pregnant died after being shot on the city’s South Side and doctors delivered her baby, who was hospitalized in critical condition early on Tuesday, authorities said.

Officers responding to a report of gunfire at about 12:05am on Tuesday found the 35-year-old woman unresponsive on a porch on the city’s South Side with two gunshot wounds to the back, police said.

The woman was taken to a hospital, where police said she later was pronounced dead.

No one was immediately taken into custody following the shooting, which was under investigation, police said.

Biden promises transition away from oil by 2050 as Trump says: 'Windmills kill all the birds'