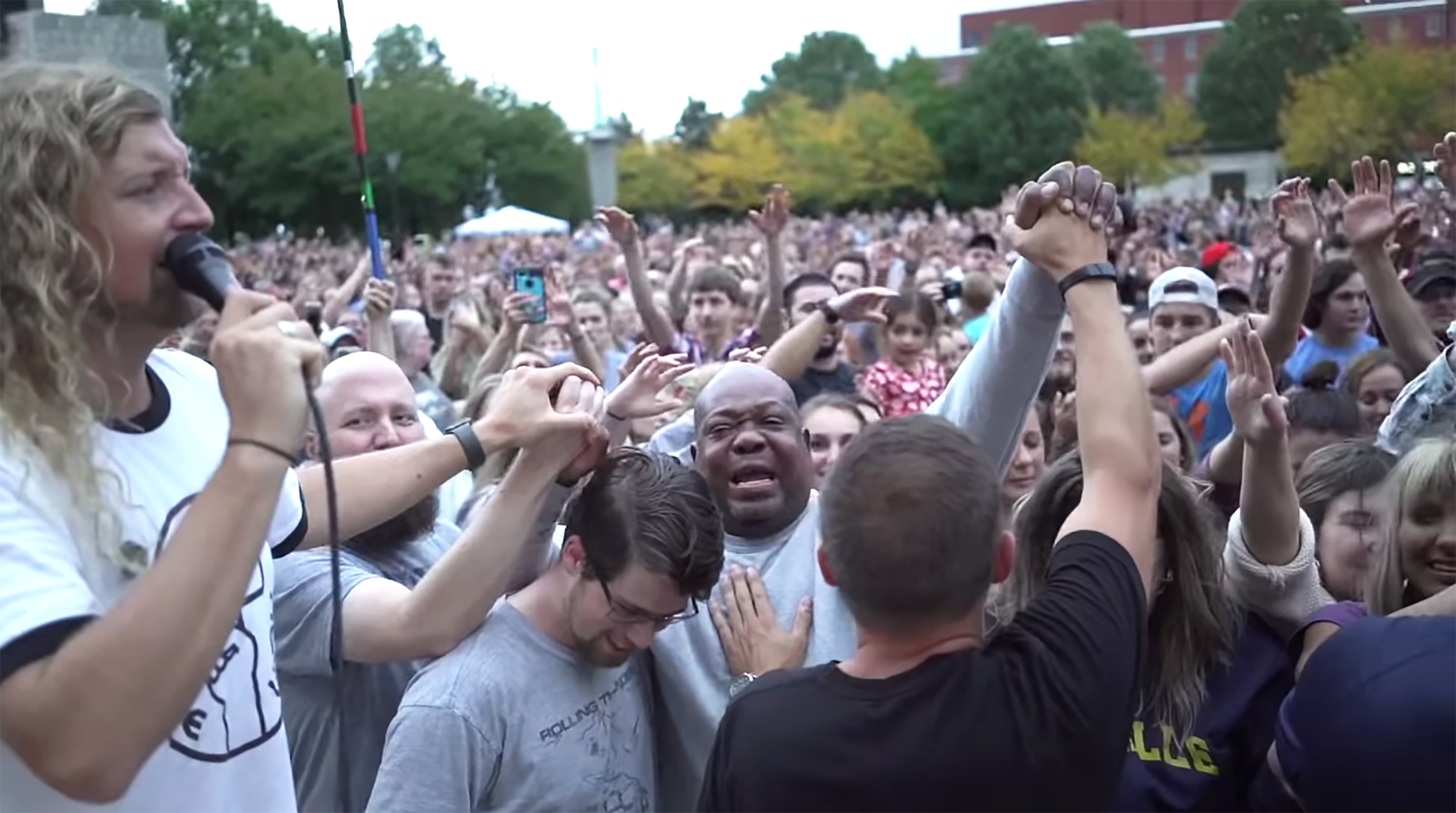 Health officials in Tennessee are investigating a Christian event held in downtown Nashville over the weekend that drew a large, often maskless crowd, authorities said Monday.

In a statement, the Metro Nashville Health Department said it had worked hard to slow the spread of the coronavirus and was “very concerned” by the event featuring Sean Feucht, a Christian musician who has held anti-coronavirus-lockdown events around the country and unsuccessfully ran for Congress as a Republican in Northern California this year.

The event in Nashville, which was outside at Public Square Park, was not permitted, and no one had submitted an application for the concert, the Health Department said, adding that it will pursue “appropriate penalties against the organizer.”

Images of Sunday’s concert showed large, maskless crowds packed tightly together. In a tweet, Feucht, 37, said a police officer who was “escorting him out” said as many as 10,000 people attended.

It was not immediately clear where he was being escorted to or whether the estimate is accurate. Feucht did not immediately respond to a request for comment Monday night; neither did a spokesman for the Metro Nashville Police Department.

Police Chief John Drake said in a statement released earlier that the police department was “not present” at the concert.

“I am greatly disappointed that the organizer of Sunday’s event and those in attendance did not better prioritize their health and the health of others through social distancing and the wearing of face coverings,” he said. “Personal responsibility is a necessity regardless of the purpose for a public event.”

Davidson County, where Nashville is located, has recorded just over 28,000 coronavirus cases and 321 deaths since the pandemic began, according to the Johns Hopkins University Coronavirus Resource Center.

Statewide data from the university shows a steady increase in the number of new daily cases over the last week and a near-record number of new deaths. One-hundred and ninety people died during that period, down from the highest tally of the pandemic — 213 from Sept. 6 to Sept. 12.

Feucht has held similar concerts around the United States, including in Seattle, where a Labor Day event to protest coronavirus restrictions on church services ended with what he called a “worship protest” after authorities denied him a venue, according to Religion News Service.

Several more events are scheduled by the end of the month, including one on the National Mall in Washington, D.C.

RNS said the events are a “mix of Christian concert, healing service, guerrilla street theater and spectator mosh pit” and “feature the kind of public singing forbidden under many COVID-19 regulations.”

Feucht has been a volunteer worship leader at Bethel Church in Redding, California, about three hours north of Sacramento, although the church distanced itself from him in July after he hosted an event called “Let Us Worship,” which the church said did not appropriately follow a plan for social distancing and mask-wearing.

Elephant chases after a car after being startled in Kenya

Xi vows to speed up army modernization as U.S.-China tensions mount ahead of election

All of the times Trump said Covid-19 will disappear