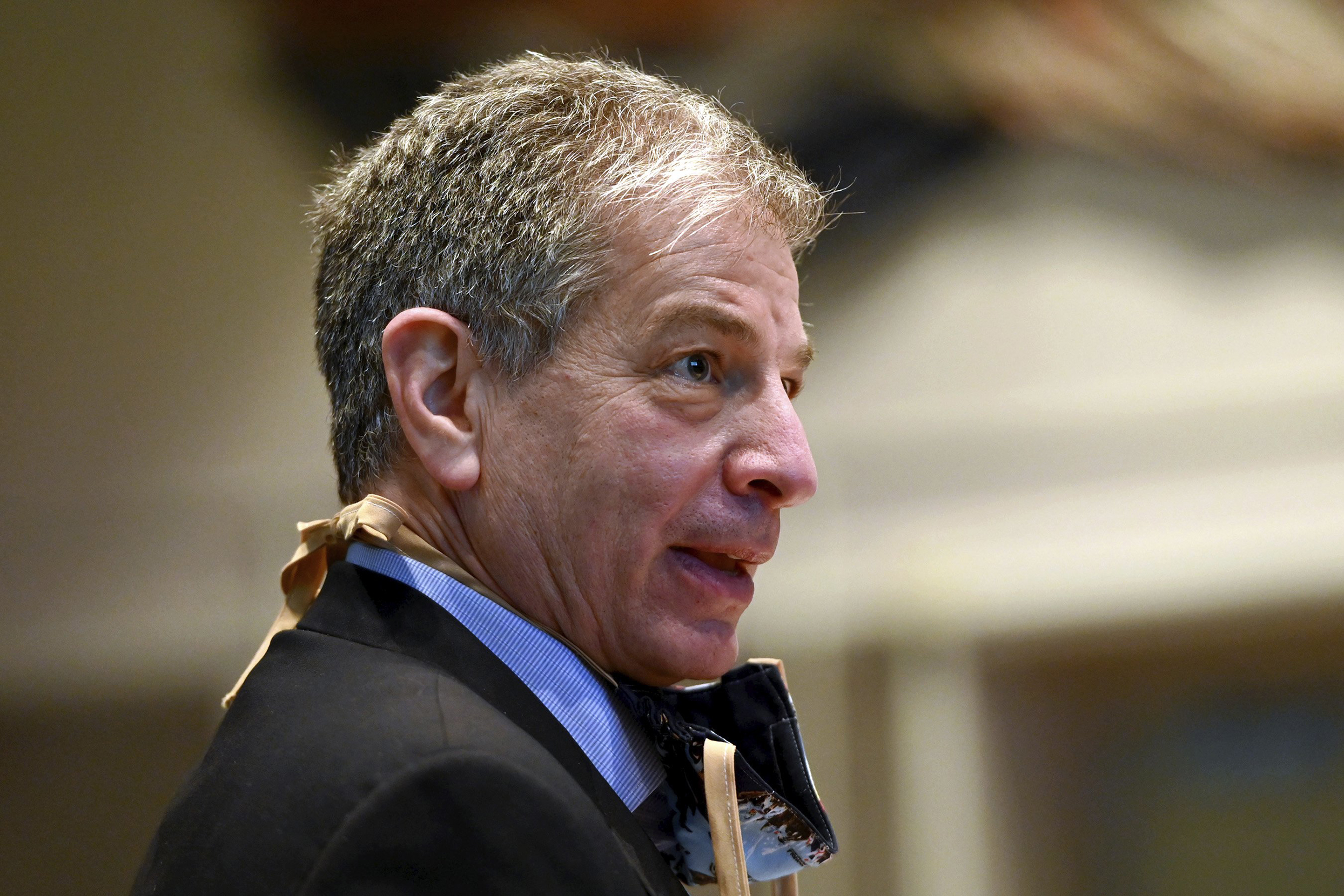 The mayor of Anchorage, Alaska, announced his plans to resign Tuesday after apologizing for an “inappropriate messaging relationship” with a local TV news reporter who had posted what she said was a partially nude photo of him on Facebook.

In a statement, Mayor Ethan Berkowitz attributed the resignation to “unacceptable personal conduct” that “compromised” his ability to run Alaska’s largest city and caused “great injury” to his family, employees and community.

The resignation came after Berkowitz, a Democrat and former statehouse minority leader who was first elected mayor in 2015, released a statement Monday describing the relationship with the reporter, Maureen “Maria” Athens, as a “major lapse in judgement” that was consensual and occurred several years ago.

“I’m embarrassed and ashamed for the hurt I’ve caused my family and our community,” he said, noting that he was taking responsibility for his actions and that it “takes time to rebuild trust.”

In a video posted Friday on her Facebook page, Athens cited “reliable sources” and said Berkowitz’s “male genitalia” was posted on an underage girl’s website.

In the 38-second clip, Athens, an anchor with television stations affiliated with Fox, ABC and CW, said a story about the mayor would run later that night. But no story aired, according to NBC affiliate KTUU, and on the same day, the mayor categorically denied the allegations.

They “appear to be the product of someone who is hostile and unwell,” Berkowitz said, adding that Athens’ general manager, Scott Centers, “emphatically disavowed” her comments.

In a separate statement to NBC News on Tuesday, the Anchorage Police Department said a joint inquiry into the Athens’ allegations with the Federal Bureau of Investigation found no evidence of criminal conduct.

Requests for comment left with Centers and the stations’ parent company, Coastal Television Broadcasting Company, were not returned Tuesday.

Athens also did not respond to a request for comment.

In a statement to KTUU, Coastal Television’s CEO, Bill Fielder, said the company demanded Athens remove any mention of the stations’ call signs and logos in connection with the story. Fielder declined to say if Athens still worked for the company, according to KTUU.

After Berkowitz’s response to her video, Athens posted the partially naked photo, which was shot from behind, on her Facebook page and said the photo was “proof” of her allegations. She added in a separate post that Berkowitz’s wife could confirm that the image showed the mayor.

Athens was arrested Friday afternoon in Coastal Television’s parking lot after an alleged altercation with Centers, with whom she was in a relationship, according to Oct. 10 charging documents.

According to the documents, the couple was allegedly arguing about work when Athens allegedly hit Centers in the face with her phone and kicked him with the heel of her high-heeled shoes. Afterward, the documents say, Centers told an employee not to let Athens enter the station.

The documents do not say what work issue the argument was about.

Later Friday, Athens allegedly entered the building anyway and ripped off Center’s face mask, kicked his office door and hit him with a closed fist, according to the charging account.

The documents say Athens allegedly became agitated while officers were interviewing and tried to force her way into the building. As one of the officers tried to escort her away, she allegedly pounded her fist against his vest and had to be placed in full restraints.

It wasn’t clear if Athens has a lawyer. Court records didn’t list one.

Trump, Biden look to seal the deal in final debate

Is this the tallest boy in the world? Chinese pupil, 14, is already SEVEN FOOT THREE

Cruise: Blaze breaks out on P&O ferry with nearly 300 passengers onboard