President Trump complained on Monday that Fox News had launched a bevy of ‘negative ads’ against him, adding that disgraced former CEO Roger Ailes was ‘the greatest!’

Trump made the controversial remark on Twitter just 30 minutes before he took the stage for a campaign rally in Sanford, Florida.

He was diagnosed with COVID-19 in the first week of October, but his physicians have cleared Trump and said he tested negative for ‘consecutive days.’

‘Fox News allows more negative ads on me than practically all of the other networks combined,’ he wrote in his latest criticism of the network. 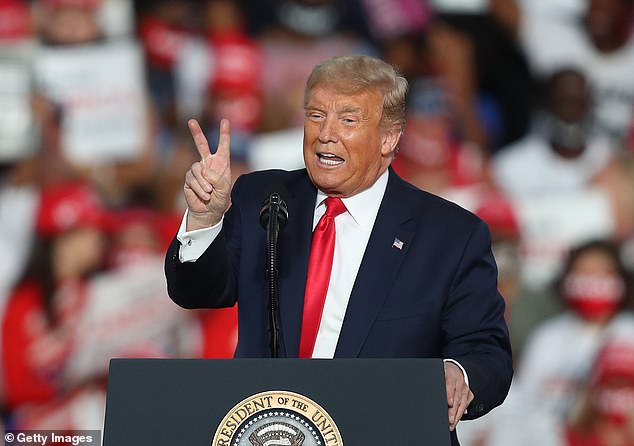 Trump: ‘Fox News allows more negative ads on me than practically all of the other networks combined’

‘Not like the old days, but we will win even bigger than 2016. Roger Ailes was the GREATEST!’ wrote Trump.

Roger Ailes died in May 2017 surrounded by his family in Palm Beach, Florida, but by then his long-stretching legacy and influence had come under intense scrutiny.

In July 2016, former Fox News anchor Gretchen Carlson filed a lawsuit against the mogul, accusing him of sexual harassment.

She alleged Ailes’ retribution for not sleeping with her included paying her less and curtailing her appearances as a guest commentator.

She said that he refused to give her social media support and ultimately refused to renew her contract.

Among the instances she listed in the lawsuit was Ailes ‘ogling Carlson in his office and asking her to turn around so he could view her posterior’. 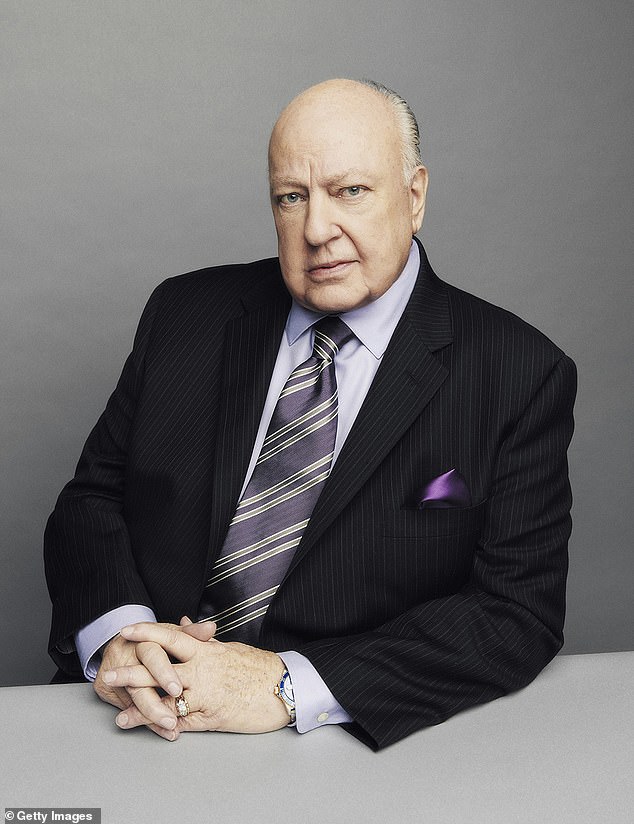 Roger Ailes (pictured), former Fox News CEO and Chairman, was accused of sexually harassing a number of female anchors at the network 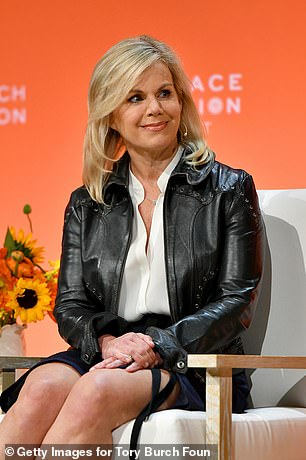 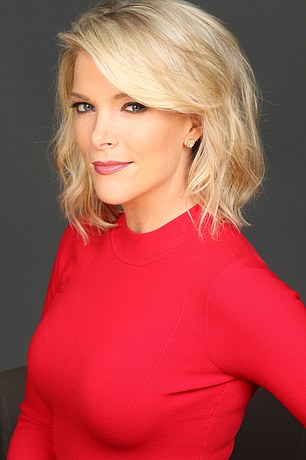 According to the lawsuit, Ailes described Carlson as ‘sexy’ but ‘too much hard work’.

He supposedly called her a ‘man hater’ and accused her of wanting to ‘show up the boys’ when she complained about ‘pervasive sexual harassment’ by her Fox & Friends co-host Steve Doocy.

Subsequently, numerous women who had worked at Fox News leveled claims of sexual misconduct that included allegations of unwanted groping.

One of those women reportedly included Megyn Kelly, a former Fox News host.

New York Magazine reported in July 2016 that Kelly told investigators the Ailes made unwanted sexual advances when she was a young correspondent at the network.

Ailes was later ousted by Fox News executives in 2016. He was replaced two years later by the current CEO, Suzanne Scott.

Before his death, Ailes called his relationship with Trump ‘friendly…surprisingly enough,’ when he spoke with Ad Week in 2015. 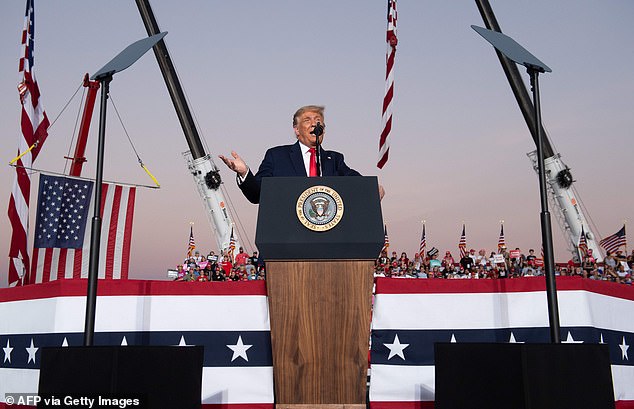 This isn’t the first time Trump has mentioned Ailes in recent months. In June, he blasted Fox News for having Donna Brazile, a former Democratic National Committee chair, on as a contributor.

‘She gets fired by @CNN for giving Crooked Hillary the debate questions, and gets hired by @FoxNews. Where are you Roger Ailes?’ Trump wrote.

But his apparent fondness for Ailes has resulted in an on again, off again relationship with the network.

He criticized Fox News after the first presidential debate against Joe Biden, casting blame on the moderator, Chris Wallace, for the disastrous event. 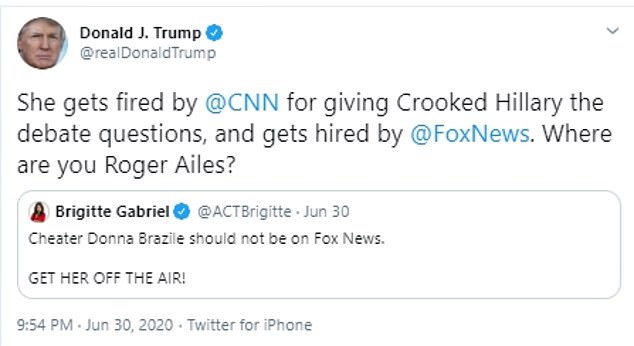 He also lambasted the programming in a two-hour interview on Rush Limbaugh’s radio show.

Trump chided that Fox News ‘is a much different thing that it was four years ago.’

‘You watch this Fox, and it is a whole different ballgame and you know [Sen] Paul Ryan is on the board of Fox. So I am sure that has something to do with it.

‘When Roger Ailes ran Fox, I mean Roger had a very strong point of view that is totally gone, and I think it is influenced by Paul Ryan.’ 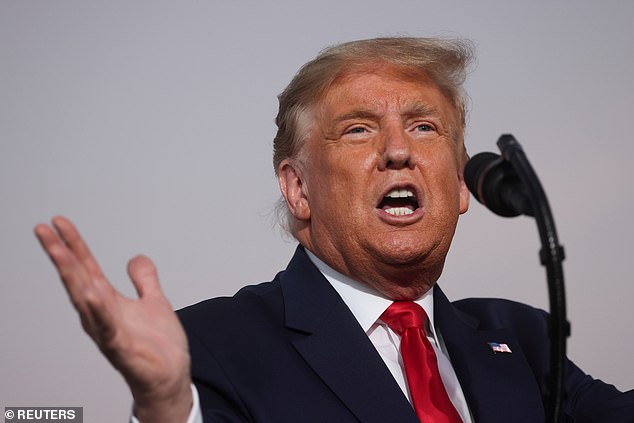 Trump (pictured): ‘When Roger Ailes ran Fox, I mean Roger had a very strong point of view that is totally gone, and I think it is influenced by Paul Ryan’

WW3: China and Russia hint at new MOST POWERFUL military alliance EVER set to destroy US

From the Olympics to outer space