A live TV debate between the candidates for vice-president ahead of next month’s US election has seen fierce clashes over the coronavirus pandemic.

This was a civil debate between two smooth communicators compared to last week’s belligerent showdown between Mr Trump and Mr Biden, which degenerated into insults and name-calling.

Mr Pence did not interrupt as much as the president last week, but when he did Ms Harris interjected: “Mr Vice-President, I’m speaking, I’m speaking.”

Indeed the viral moment on Wednesday night that seemed to create the most buzz was a fly landing on Mr Pence’s head and remaining there for some two minutes.

But there were heated exchanges.

What was the main talking point?

In the 90-minute live debate at the University of Utah in Salt Lake City, Ms Harris accused Mr Pence and the president of deliberately misleading Americans about the lethality of the disease.

“They knew, and they covered it up,” she said, adding that they had “forfeited their right to re-election”.

Mr Pence accused the Biden-Harris campaign of copying the White House’s pandemic strategy, alluding to a blunder that ended Mr Biden’s 1987 run for the presidency when he plagiarised a speech by then-British Labour leader Neil Kinnock.

Ms Harris was asked by the moderator whether she would take an approved Covid-19 vaccine distributed ahead of the election.

The 55-year-old California senator said she would not take a jab touted by Mr Trump without the say-so of medical professionals.

Mr Pence, who heads the White House coronavirus task force, retorted: “The fact that you continue to undermine public confidence in a vaccine if the vaccine emerges during the Trump administration I think is unconscionable.”

The plexiglass barriers separating the two debaters seated 12ft (3.6m) apart was a vivid reminder of the pandemic that has killed more than 200,000 Americans.

The president – who is himself recovering from the virus – returned to the White House on Monday evening after three nights in hospital, with his opinion poll numbers drooping.

On Wednesday he declared that catching the disease was a “blessing from God” that exposed to him to experimental treatments he vowed would become free for all Americans.

The virus has meanwhile spread through the West Wing of the White House as well as infecting figures inside the president’s re-election campaign and senior Pentagon officials.

What were the other key moments?

On the question of racial justice, Mr Pence expressed shock at the killing of George Floyd in Minnesota. But he added: “There is no excuse for the rioting and looting that followed.”

He pointed to one of his guests in the auditorium, Flora Westbrooks, a black woman whose hair studio was destroyed during unrest in Minneapolis.

He said Mr Biden and Ms Harris’ claim that America is systemically racist and that police have an implicit bias against minorities is “a great insult”.

Ms Harris – who was making history by becoming the first black woman to stand on a vice-presidential debate stage – said: “Last week the president of the United States took a debate stage in front of 70 million Americans and refused to condemn white supremacists.”

“Not true, not true,” said Mr Pence, arguing that when Ms Harris was a prosecutor in San Francisco African Americans were more likely to be prosecuted for minor drug offences than whites or Latinos.

In other key flashpoints:

What questions did they dodge?

The debate was notable for the questions that the candidates did not directly answer.

Mr Pence twice pressed Ms Harris on whether Mr Biden would expand the number of seats of the Supreme Court, which has had nine justices for a century and a half, but she spoke instead about Mr Trump’s current judicial nominee.

Mr Pence – a mild mannered former Indiana governor known for his steadfast loyalty to Mr Trump – did not answer questions about whether he would want his home state of Indiana to ban abortion, or how the Trump administration would provide medical insurance for sick Americans.

Focus on the running mates has intensified given 74-year-old Mr Trump’s Covid-19 diagnosis, and the fact that Mr Biden would be the oldest president ever to take office at 78.

But when asked by the debate moderator about the chances of them taking over the presidency, both candidates skirted the subject.

Mr Pence, 61, assailed Mr Biden’s handling of the 2009 swine flu outbreak, and Ms Harris – the daughter of an Indian mother and a Jamaican father – spoke of her own biography. 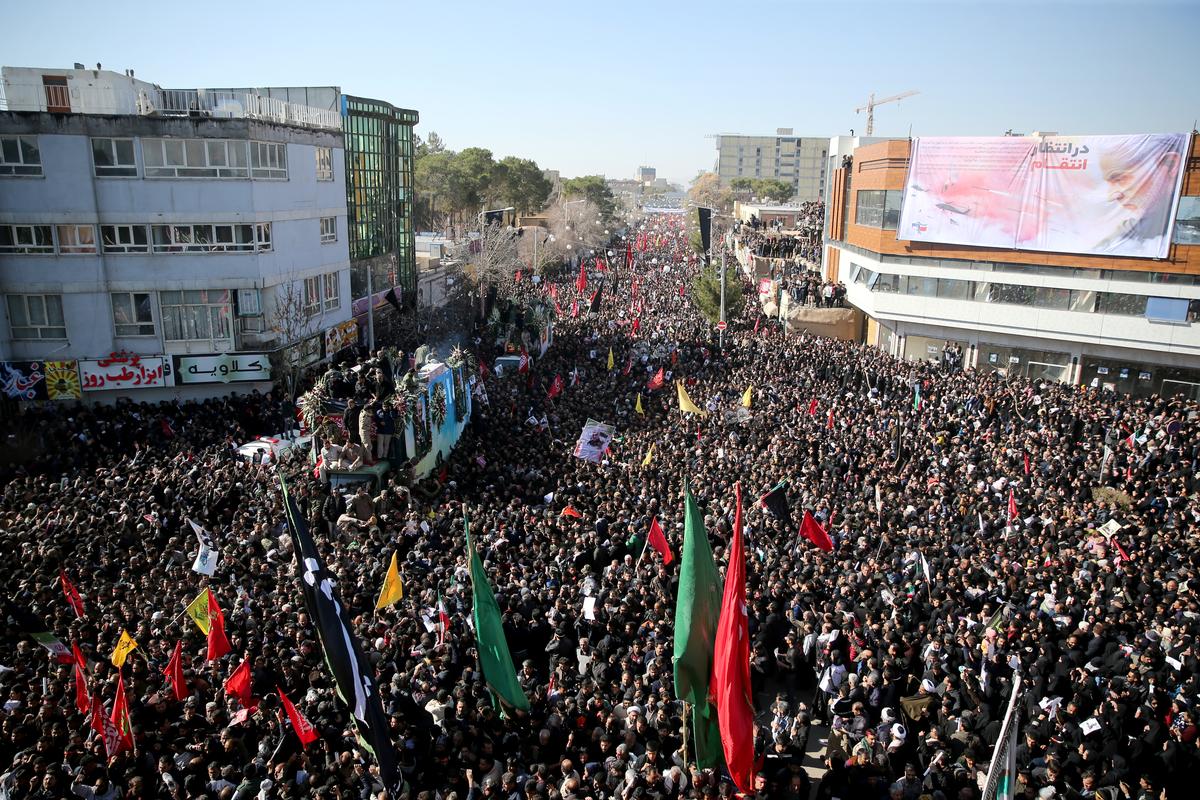 BAGHDAD/WASHINGTON (Reuters) – Iran said it launched a missile attack on U.S.-led forces in Iraq in the early hours of Wednesday in […] 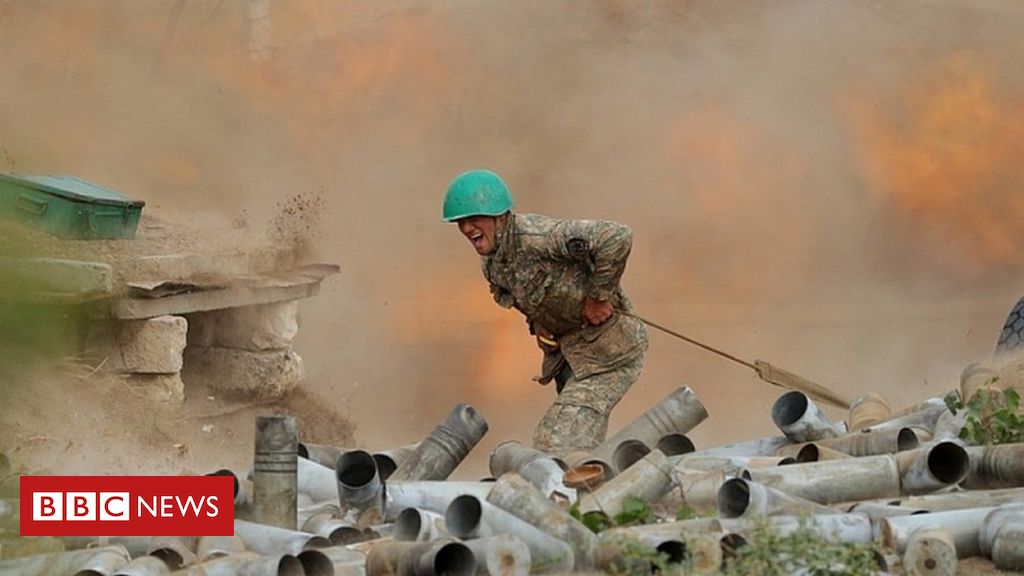 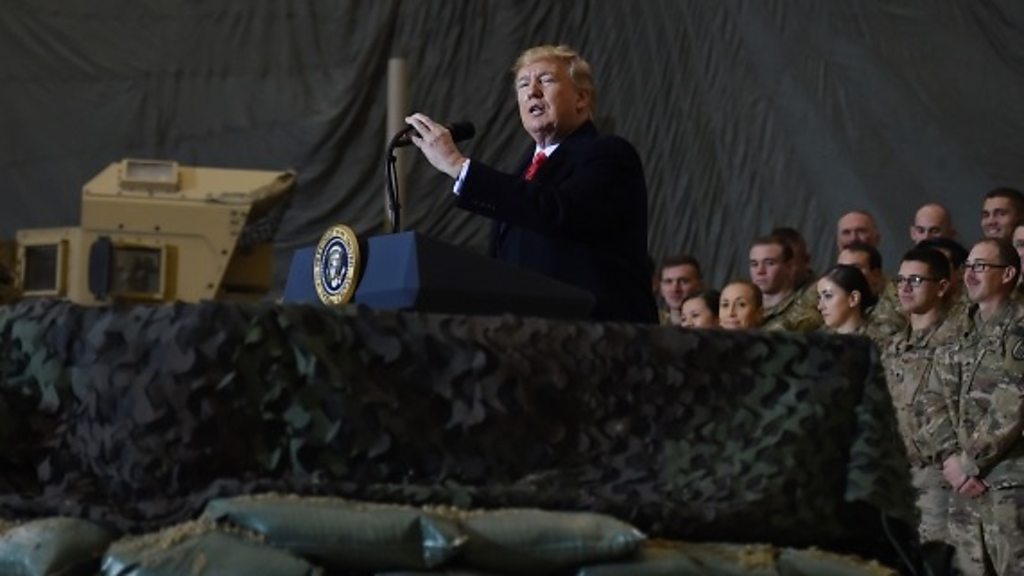 Media playback is unsupported on your device Media captionWatch President Trump address US troops: “The Taliban wants to make a deal” President […] 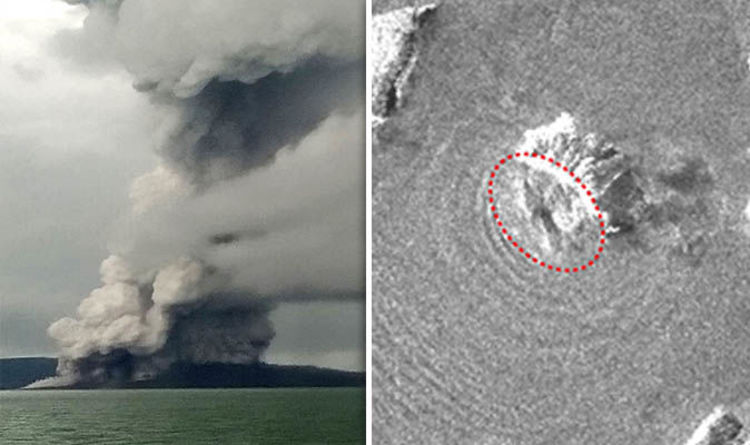 Indonesia’s Krakatau volcano arose as a child of the famed Krakatoa volcano in the region, following a massive eruption in the 19th […]