A country that chemically castrates paedophiles has gone one step further by publishing pictures, names and addresses of all convicted child sex attackers after their release from jail.

Kazakhstan also mentions the age of the victim in these publications, in a move intended to shame the criminals and protect children from future attacks.

A web map and data from the country’s general prosecutor’s office shows the location of 234 ‘potentially dangerous paedophiles’ after their release.

It is officially called ‘Map of individuals convicted for committing crimes against the sexual integrity of the underaged’. 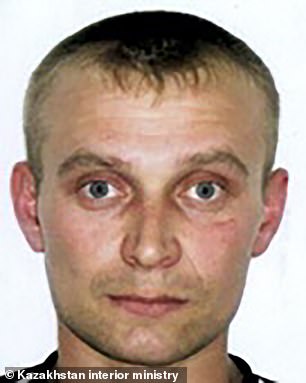 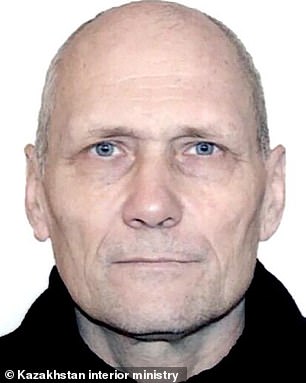 Ex-Soviet state Kazakhstan has created a database featuring the names, photos and addresses of convicted paedophiles who have been released from jail. Vadim Strelkov (left) and Igor Trusov (right) are among those on the database 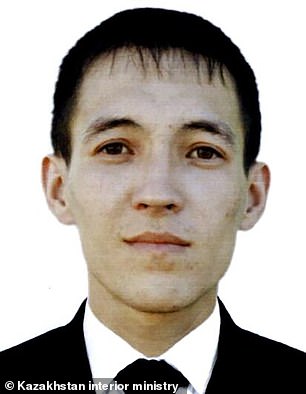 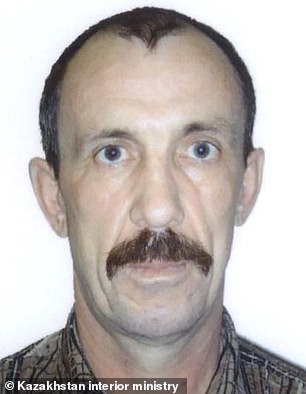 Timur Musin (left) served 12 years for abusing a two year old. Parents will be able to see his information – along with that of 234 other paedophiles who have been released from jail – in order to check if a convicted paedophile is living nearby. Sergei Sheychyuk (right), 58, was convicted of raping a 12-year-old girl

A linked database gives details of these child sex attackers now living in the community – including a gruesome gallery of their pictures.

The aim is to allow parents to check if a convicted paedophile is living nearby.

Since 2018 the country has carried out chemical castration on 11 newly convicted child sex abuses, with injections intended to continue for life.

The moves have seen the ex-Soviet republic gain a reputation as one of the toughest countries for punishing such criminals.

A government website from the Committee on Legal Statistics states: ‘In recent years, the problem of sexual violence has sharply exacerbated.

‘The facts of such violence against children are especially terrible. 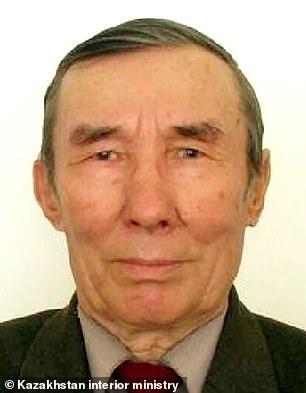 Aldamzhar Abdilov (above) is the oldest convicted paedophile on the government’s list at 79. Two years ago he was convicted of abusing a five-year-old girl and served no jail time, instead being banned from leaving his home area for five years

‘The reasons and conditions are caused by a number of problems of a moral and legal nature.

‘In this regard, the state has taken measures to reduce this type of crime.’

Among those on the list of shame are Talgat Bokhayev, 59, who sexually abused children aged six and seven, leading to a four-year sentence.

Vadim Strelkov, 31 – now married – served ten years in a strictly regimented penal colony for a sex attack on a 12 year old when he was 18.

Igor Trusov, 60, sexually abused an eight year old, and was released in 2018 after a seven year sentence.

While Sergei Shevchyuk, 58, was jailed for a decade for raping a girl, 12 and Turegaz Tekebayev, now 34, molested a five year old when he was 18.

The oldest on the list is Aldamzhar Abdilov, 79, who two years ago was convicted of abusing a child, five.

He was not jailed but banned for five years from leaving his home area.

Another recently released sex offender was Akhado Akhmetov, 45, who raped a nine-year-old girl.

But one man has been removed from the list after denying that he was ever convicted of gang rape, which the database stated he had been.

The man, named Kenzhebek, complained: ‘I have a family, relatives, acquaintances.

‘What will they say? 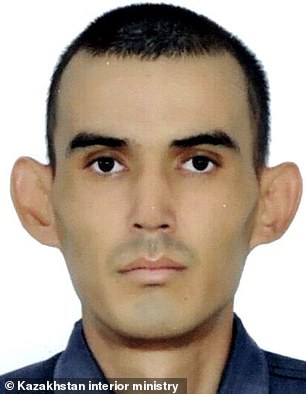 Since 2018, Kazakhstan has had the power to chemically castrate convicted paedophiles as a dramatic punishment for their crimes and an attempt to prevent reoffending. Turegaz Tekebayev (left), now 34, molested a five year old when he was 18 and appears on the Kazakh government’s list of convicted child molesters. Another recently released sex offender included in the database is Akhado Akhmetov (right)

‘My children are ashamed to look me into the eyes.

‘I don’t understand where this information came from.

‘My photo and all the data are now publicly available on the Internet.’

Head of the Union of Crisis Centres in Kazakhstan, Zulfiya Baysakova, said the outing of paedophiles was not fair.

‘There may be people who realised their guilt for a crime they once committed, served long terms in prison and are currently leading a normal family and working life,’ she said.

While lawyer Ayman Umarova warned that those identified might face vigilante attacks.

‘Aggressive action may be taken against ‘paedophiles’ by their neighbours.’

Another lawyer Rena Kerimova was also critical of the naming and shaming: ‘These people have children, families, grandchildren.

‘And now they are in this database.

‘I believe it is a complex subject, it should have been thought through.

‘People who are not repeat offenders should not have been included in the database,’ Kerimova said.

This week a convicted paedophile enduring a chemical castration injection said it left him ‘aching so badly’ he could hardly walk.

The unnamed convict was jailed for a decade and a half in Kazakhstan – where the legal age of consent is 16 – for raping an underage girl.

‘It is incredibly difficult, I wouldn’t wish it on my worst enemy,’ said the rapist, after undergoing the first injection to reduce his libido.

‘I am pleading for help, and I want to appeal to everyone so that chemical castration is cancelled.’

The man said he wanted to have a family when he is released from prison.

‘I still hope to go back home, to continue my life,’ he said.

‘My body is aching so badly after the injection that I struggle to walk, and it is scary.’ 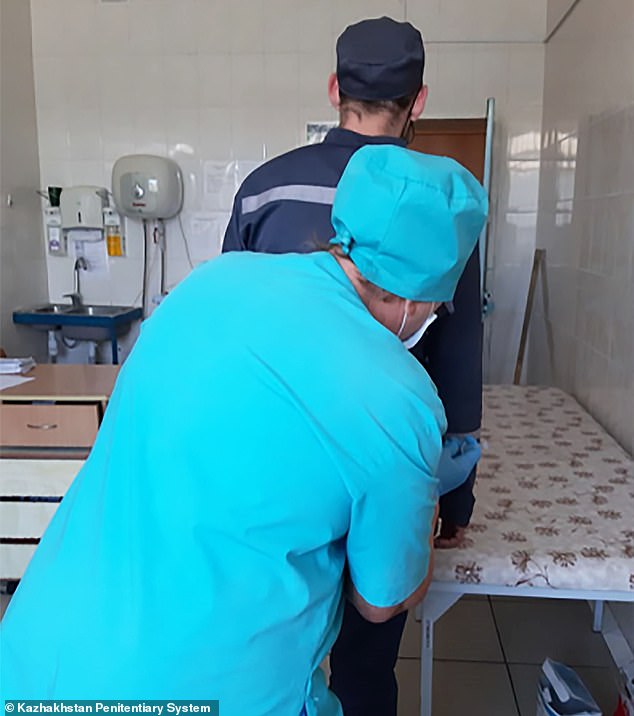 A convicted criminal receives an injection as part of the process of chemical castration at a prison in Kazakhstan. The practice is controversial but some believe it will help to stop reoffending

A nurse and grandmother tasked with castrating paedophiles in one Kazakh jail claims the West should also follow the ex-Soviet state’s example.

Zoya Manaenko, 68, insists it is right that child sex attackers should face this ultimate punishment.

‘These people need to be stopped somehow,’ said Manaenko who works in a prison hospital.

‘They commit terrible crimes against children. So it is right that the law allows this.’

What is chemical castration and how does it work?

Chemical castration is the use of hormonal drugs to supposedly reduce or eliminate sexual urges and fantasies.

It can be used to treat cancer but a number of countries have legalised chemical castration as a punishment for sexual offenders, particularly paedophiles.

Unlike surgical castration, chemical castration is reversible and does not constitute sterilisation as the effects usually stop when the treatment ends.

Some countries offer voluntary chemical castration to sex offenders in exchange for reduced sentences. In other places, the punishment is mandatory.

The process is thought to be most successful when done in conjunction with psychotherapy, however this option is not always considered.

While chemical castration is thought to reduce libido, it is controversial because it does not guarantee a convict will not reoffend and it can have long-term impacts on the person’s health. 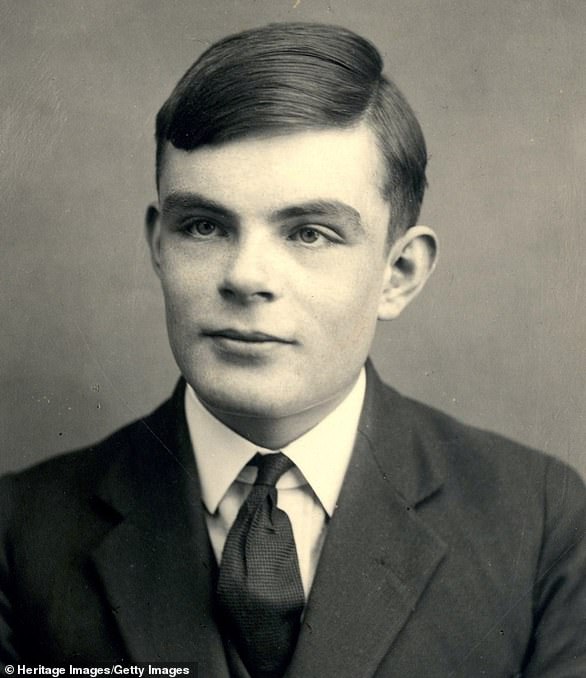 Pioneering computer scientist Alan Turing helped the UK crack the Enigma code during WWII but was chemically castrated after being convicted for ‘gross indecency’ at a time when homosexuality was illegal and considered a mental illness. Turing was posthumously pardoned

It also has a history of misuse as society’s definitions of what constitutes ‘sexual deviance’ change and develop.

Perhaps the most famous instance of chemical castration was that of pioneering British computer scientist Alan Turing who helped to break the Enigma code during WWII.

Turing was convicted of ‘gross indecency’ in 1952 – a time when homosexuality was illegal in the United Kingdom and widely considered to be a mental illness.

He accepted chemical castration as an alternative to imprisonment but died two years later in a possible suicide.

While some celebrated the pardon, others called for it to be extended to all LGBTQ people punished in this way, not just those who helped the UK to win the war.

Less short-time work at Thyssenkrupp steel, but crisis not over

Time running short, UK and EU get back down to business