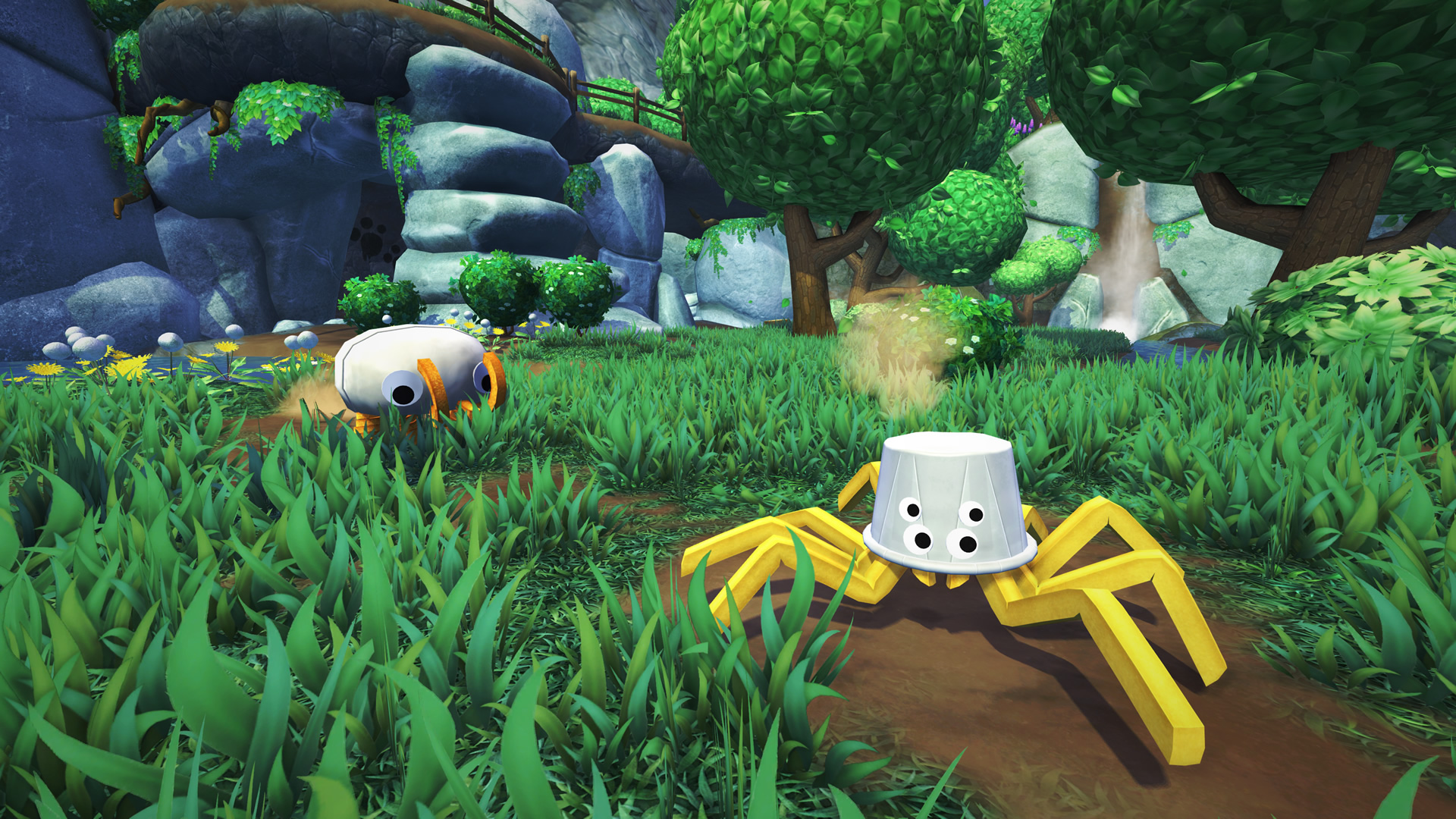 It was tough to know what to make of Bugsnax when Young Horses, the developer previously responsible for Octodad: Dadliest Catch, announced their new game. Sure, the trailer had a catchy tune courtesy of Kero Kero Bonito, but what was Bugsnax about? It’s set on an island where strange, delicious creatures mutate whoever eats them, but what would players actually do?

The follow-up gameplay trailer suggested we should expect a collect-em-up with traps and lures combined with a photo safari (a first-person snapper, if you will). But also a mystery adventure, which will involve figuring out what happened on Snaktooth Island before our arrival and how these strange bugsnax came to be. We’ll find out more when it releases on November 12 on the Epic Games Store.

A new trailer highlights the voice actors of Bugsnax, a cast that includes Debra Wilson (who voiced Cere Junda in Jedi: Fallen Order), Sam Riegel (from Critical Role), and Yuri Lowenthal (who most famously voiced Matt Miller in the Saints Row series—wait, I’m getting a note, apparently he was something called a “Spider-Man” in a PlayStation game as well).