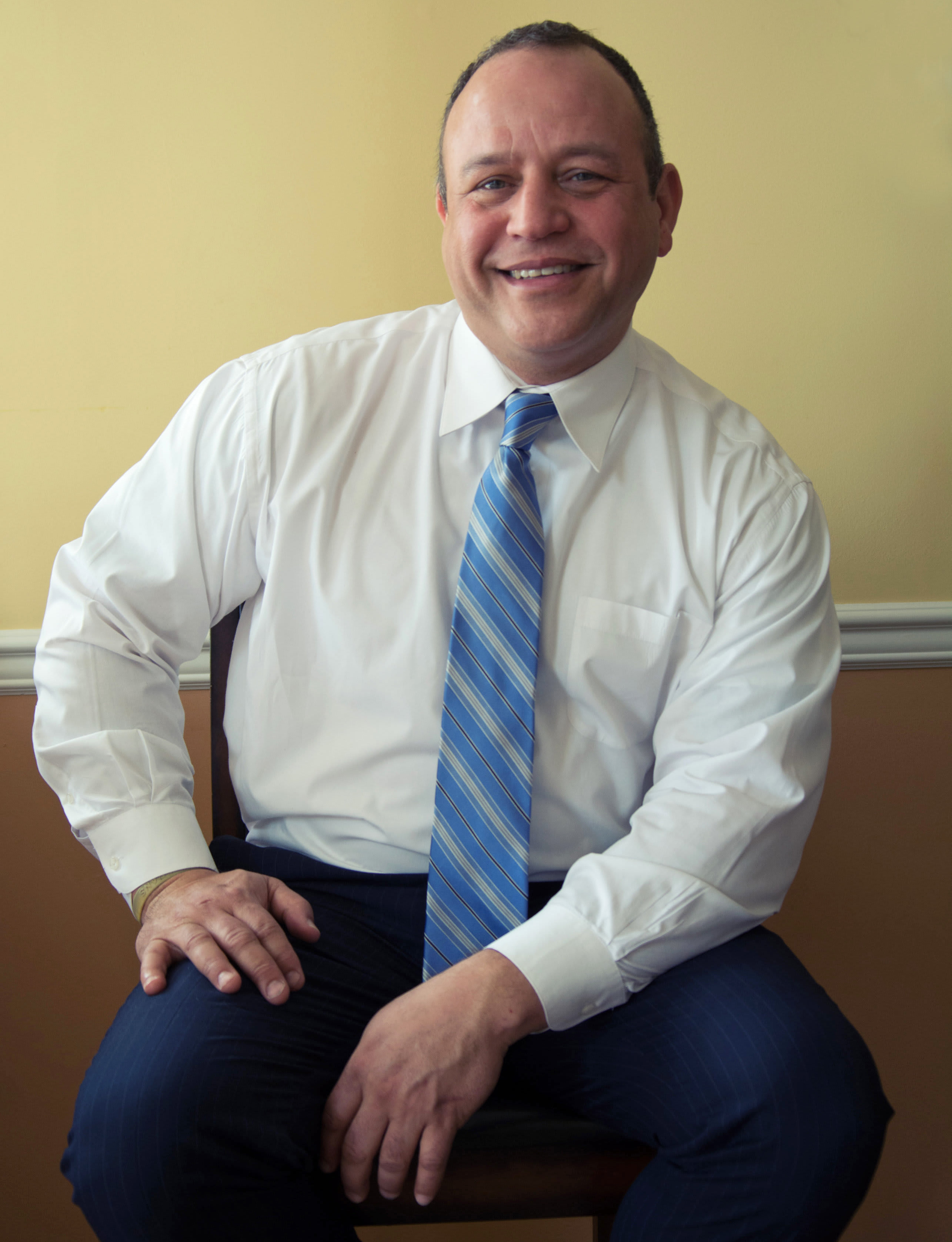 When Jennifer Rodriguez relocated to Philadelphia in the late ’90s, the once-bustling South Philly neighborhood of Italian Market was in decay.

“It was a place experiencing disinvestment, and many wondered what would become of what was a once-vibrant commercial corridor,” says Rodriguez, who is now the president of the Greater Philadelphia Hispanic Chamber of Commerce.

That was, she said, until a wave of Mexican immigrants arrived—along with their small businesses. “They saw opportunity where so many others saw vacancy and blight.”

Today, the area is vibrant, attracting residents and entrepreneurs, and is among the most desirable neighborhoods in Philadelphia. To Rodriguez, it’s emblematic of the Hispanic community’s penchant for hard work and entrepreneurialism — even amid the Covid crisis.

“Our community knows how to find opportunity where others may not. We have done it before; we can do it again,” she says.

Rodriguez points to some key statistics regarding Hispanics and entrepreneurship. Data shows that Hispanic and immigrant entrepreneurs start more businesses than native-born Americans, and tend to grow revenue more quickly than the economy as a whole.

Indeed, according to statistics from the Stanford Latino Entrepreneurship Initiative, between 2009-2019 the number of Latino business owners grew 34%, compared to 1% for all business owners in the United States. And between 2018-2019, Latino-owned businesses reported an average revenue growth of 14%, outpacing the growth of the U.S. economy.

In honor of Hispanic Heritage Month, we profile several Latino entrepreneurs in Philadelphia who like others around the country are working to strengthen their community and local business ecosystem.

From Argentina to Whole Foods

Silvia Lucci was not a born restaurateur —she became one by necessity and marketing wit. The Argentina native studied education and obtained a master’s degree in social and urban development in her native country, but found herself suffering a minor stroke some years ago. That’s when her husband, a chef, began preparing “healing foods” for her. Silvia credits the diet, which was vegan, organic, gluten-free and highly nutritious, with turning around her health. It was also delicious.

“We Latinos like bold flavors, and don’t want to compromise taste for health,” she says.

Soon, the couple found themselves selling the food at local farmers markets. That’s when a stroke of ingenuity occurred: Silvia printed cards with her business logo, and asked customers to drop them off at their favorite grocery store if they liked her food. The gambit worked. Dozens of cards were dropped off at a nearby Whole Foods Market, prompting the supermarket to invite her to pitch her LUHV Foods products. After a 15-minute “Shark Tank”-style pitch, Silvia and Whole Foods were in business. The rest is history.

Today, Silvia’s LUHV Foods are distributed in Whole Foods Markets throughout the mid-Atlantic region. She expanded her grocery delivery and catering businesses, and has opened two bistros in Hatboro and Philadelphia, Pennsylvania.

Awards and accolades have followed, including full-page write-ups in the Philadelphia Inquirer, ”Best of Philly” Awards. She has a new, 24,000 square foot factory kitchen to expand her business nationally — despite the pressures of Covid.

Lucci credits her success in large part to her immigrant work ethic, and says it’s helped her navigate the vagaries of coronavirus.

“Being an immigrant is a virtue. This country was created by immigrants. We’re not foreigners; we’re new Americans planting roots here, and building a future. Now, when we’re in a pandemic, it’s when the virtues of hard work, creativity, and ambition that immigrants espouse really resonate. Our grandparents were all immigrants; that internal strength they had is what defines the future of this country.”

Though Luhv Foods now occupies most of Lucci’s time, her early years in the United States were filled with odd jobs cleaning houses and even longer hours. She arrived as an undocumented immigrant in the 1980s, later obtaining her legal residency via the Green Card lottery, and became a citizen in 2000. Her undocumented immigrant housekeeper to U.S. citizen entrepreneur success story is heartening, but shouldn’t confound anyone.

“I am the face of an undocumented immigrant. People often think there are two types of Hispanics: legal ones and undocumented, but we are one and the same. We are all here to work hard and build a better future.”

When Jessie Garcia played college rugby at Lehigh University, she suffered a concussion, but her coach didn’t recognize the symptoms and allowed her to keep playing. That worsened her condition and required her to take serious time off due to post-concussive syndrome. The problem, she says, was a common one: People just weren’t equipped to readily recognize head injuries, except for the most significant ones — but even mild concussions could have deleterious effects and warrant attention. That’s how her idea for Tozuda, a head-impact sensor that is cost-effective and easy-to-use, was born.

“I originally envisioned its use in organized sports such as college and professional teams, but Covid caused sports teams to stop for a while, so we had to look for other markets,” says Garcia, CEO of Tozuda, a manufacturing company that develops safety products for sports and industrial applications including the Tozuda Head Impact Indicator, a device that attaches to any helmet and indicates when a hit may cause a head injury.

Individual sports, such as cycling, became a natural market, as did construction workers and other industrial applications.

Though Garcia is anengineer by training, she credits much of her entrepreneurialism to her family upbringing. The daughter of Cuban immigrants, she says many in her family operated small businesses.

“Whether it was a landscaping business like my uncle, or a cleaning business like another family member, they instilled the belief in me that America was a place where anything is possible, and that building a business is the best way to provide stability for your family and community.”

In September, Garcia was awarded an Entrepreneurial Spirit Award by the U.S. Hispanic Chamber of Commerce.

When asked what the pressures of the Covid economy and the need to pivot her product toward new markets taught her, Garcia says it underscores the importance of being networked.

“During Covid, I saw so many small businesses who weren’t well-connected suffer. Being a part of trade associations, organizations, or groups can help give you support and resources. There’s value in networking and joining these groups. It gives you strength.”

Building his own utilities contracting business

The name for Mike Garcia’s utilities contracting business was a natural fit. A former marine who worked his way up from apprentice lineman to vice president at a major utilities company, Garcia studied at night for his bachelor’s and master’s degrees, as well as a project management professional certification, all while working long hours during the day. When he left his management role at CW Wright Construction two years ago to start Semper Utilities, Garcia did so knowing that he’d be a rarity in his field.

A native of Puerto Rico, Garcia says his upbringing played a role in his own success. His dad only had a second-grade education but was a small business owner who got up every morning at 5 A.M. to operate his restaurant.

“My dad used to say that our present surroundings don’t dictate where we end up in life,” said Garcia. “that’s up to us.”

In his first year operating Semper Utilities, Garcia generated $5 million in revenue. In 2020 to date, he’s generated close to $18 million and now employs 40 people. Garcia credits local utilities giants, such as PECO, for his ability to withstand the Covid storm. Their office of diversity and inclusion reached out to him and provided steady work during the year.

Another factor in his 2020 success? This year’s brutal storms have provided utilities contractors, like Semper Utilities, with work across the country. That’s bolstered revenue and increased visibility.

But Garcia isn’t content with his own success — he’s investing in the future of others, too. He’s partnering with Congreso de Latinos Unidos in Philly to provide basic workforce training for aspiring linemen. And he’s gone one step further to ensure underrepresented populations get their shot at a slice of the pie.

“I’ve purchased a 10-acre farm where I can teach individuals how to cable splice, and other trade techniques, so they can enter this workforce, and become successes, too.”

Disclosure: Invest in You: Ready. Set. Grow. is a financial wellness and education initiative from CNBC and Acorns, the micro-investing app. NBCUniversal and Comcast Ventures are investors in Acorns.

'Cannibal' German teacher 'murdered and ate a man in Berlin'

COVID-19: People with antibodies 'ARE protected against reinfection'

Ethiopia fighting could drive 200,000 to flee to Sudan in coming month, says UN

Aid agencies scramble to respond as Ethiopians flee to Sudan

Biden faces tough choice of whether to back virus lockdowns