Chris Smalling received a raucous reception from Roma fans on Tuesday after finally completing a permanent move to the Serie A side on deadline-day.

The 31-year-old, who was surplus to requirements at Manchester United under Ole Gunnar Solskjaer, left Old Trafford on Monday night following 10 years at the club and after a deal was completed just one minute before the Italian window closed.

And Smalling, who impressed on loan at Roma last season, was met by a chorus of cheers and chants in Italy on Tuesday as he waved and posed with supporters. 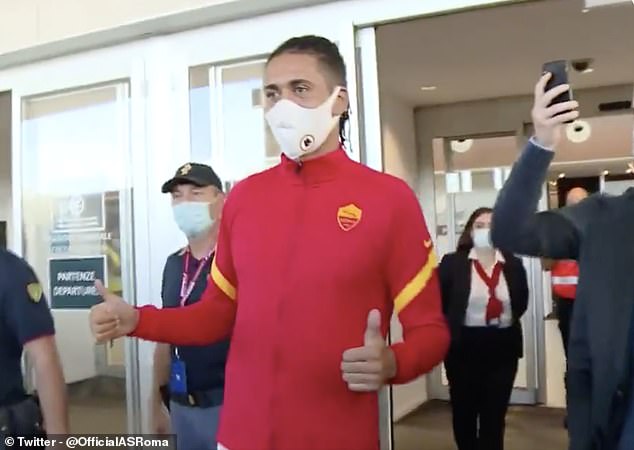 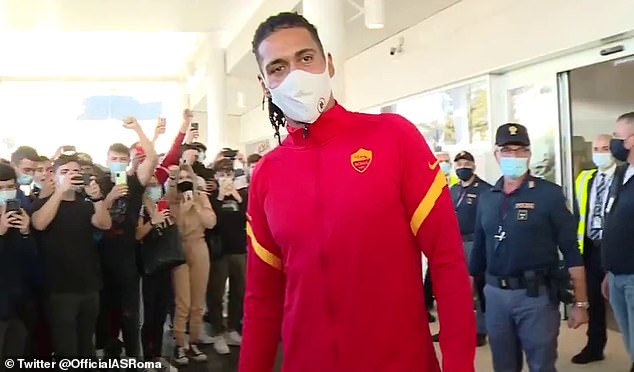 Reports on Monday night claimed that Roma submitted the necessary paperwork to the Italian FA just 60 seconds before the deadline in what was a long-running saga to see Smalling earn a permanent return to Italy.

Smalling’s agent James Featherstone, who had earlier put a private jet on standby with the move still up in the air, posted a photo of the two of them holding a Roma jersey after the deal had been finalised.

Solskjaer failed to include Smalling in his first-team plans this summer and the former England international made it clear that he would prefer to return to Serie A where he can play regularly.

Smalling turns 31 next month and, was under contract until 2022 and he was forced out by Solskjaer last year when it became apparent he would not figure following Harry Maguire’s signing. 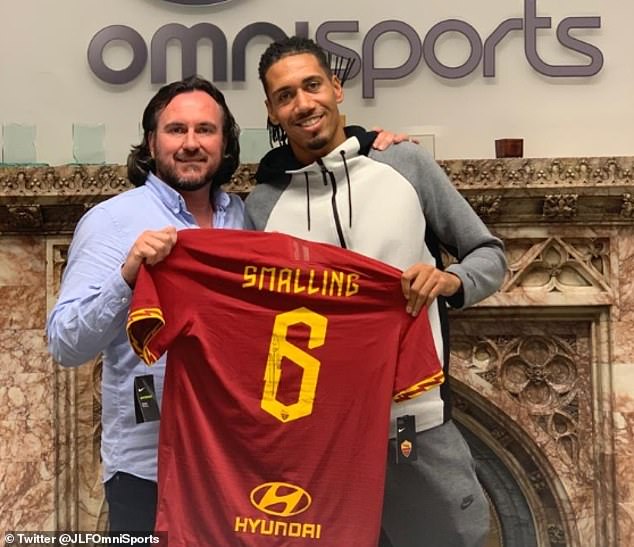 Smalling has cut a frustrated figure at United this summer, having been at the club for 10 years

Smalling has been at United since signing for the club from Fulham in July 2010 and staff have been impressed by his professionalism as he continued to train twice a day, often on his own, up until last week.

His representative Featherstone made necessary provisions for deadline-day by provisionally booking a plane to fly to Rome but with the Italian deadline closing at 7pm, time was against them.

In the end though, despite waiting all summer, the deal was completed within the final hour and Smalling could feature for the first time since signing permanently against Benevento in the Italian top-flight on October 18.

There were six people in the bar, five friends and now one stranger too. I would have backed right out but then […] 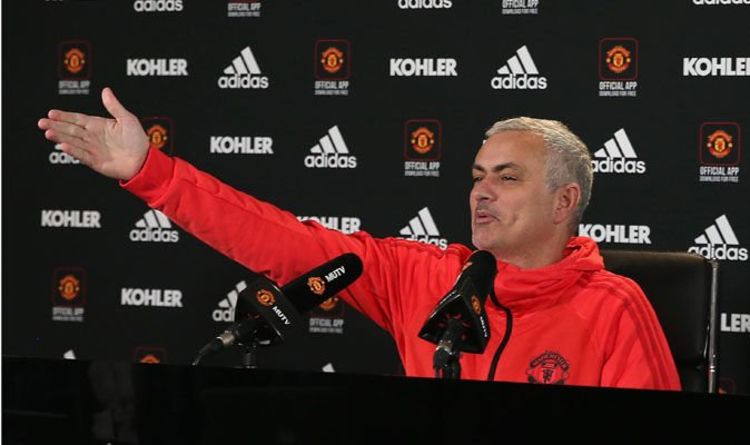 Mourinho was speaking to MUTV ahead of their clash with Arsenal at Old Trafford on Wednesday night. The Portuguese us under intense […]