West Ham have announced the signing of Vladimir Coufal from Slavia Prague, with the right back agreeing a deal until 2023.

David Moyes’ side have secured the Czech Republic international for a fee of around £4million as he becomes the club’s second transfer of the window and joins his compatriot Tomas Soucek.

Coufal will wear the No.5 shirt at the London Stadium and vowed to give his all to David Moyes to propel the team up the table. 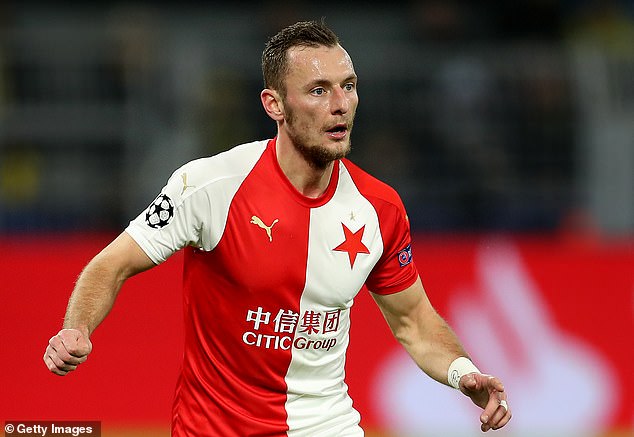 ‘I’m very happy I am part of the West Ham family,’ he said. ‘I will do everything so that West Ham will be successful.

‘I know about the interest West Ham had in me for a long time but now finally I am here and I am so happy.

‘Tomas [Soucek] told me on the best things, that it’s a good stadium with good fans and perfect teammates and staff. Tomas is my very good friend and I hope he will help me here.’

Tottenham and England striker Harry Kane speaks out on racism

US Soccer reaches deal with women's national team in fight for equal working conditions, but not equal pay