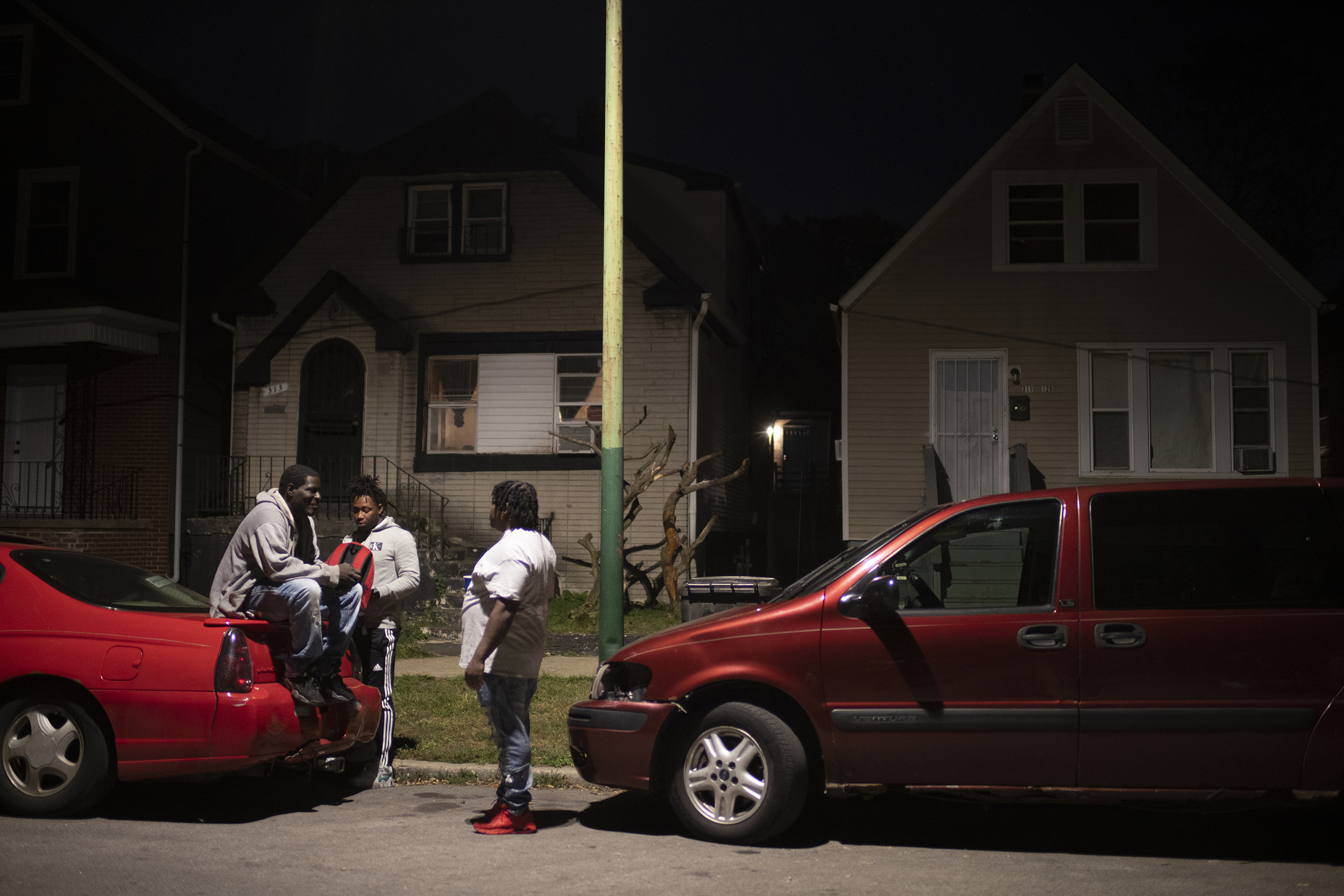 CHICAGO — In recent years, gun violence has consumed most of Kevin Wicks’ life in Chicago. He’s been shot 10 times, and both his son and his stepson have been killed in shootings.

Since April, Wicks has made preventing gun violence his job. That’s when he was recruited by Chicago CRED, which hires people to prevent violence between cliques and gangs primarily in the Roseland neighborhood. At night, Wicks goes out in the neighborhood and talks to young men in the middle of active conflicts.

“It’s about how you talk to them. Something just as simple as ‘How you doin’, little brother, today?’ They’ve done lost their friend. Ain’t nobody said ‘hi’ to them all day. And that might just change their whole scenario of feeling,” Wicks said. “Somebody thought about me? Like, damn, I’m human today. Somebody’s seen me.”

CRED, which stands for “create real economic density” and provides counseling and job training, was founded in 2016 by former Education Secretary Arne Duncan. But after the death of George Floyd and historic protests demanding police reform this year, the organization has positioned its work as an alternative to public safety.

The organization’s belief is that law enforcement and arrests are often not the best long-term solutions and that someone like Wicks, with all of his experiences with violence, might actually be better than the police at keeping his community safe.

“We don’t want them to come down here, because they bring tension,” he said. “They pull up after the shooting is over with and stand there 30 deep and then tell you it’s a crime scene. OK, why is all the police standing here if this is a crime scene? Go do some crime work!” Instead of pursuing the perpetrators, the officers just end up hassling witnesses, Wicks said.

This summer Chicago experienced a spike in violence and grieved the murders of several children, including the shooting of 20-month-old Sincere Gaston, who was the child of someone involved in CRED. According to city data, fatal shootings are up by 50 percent so far this year, but in Roseland they are down by more than a third. CRED wants some of the credit for the improvements.

“God knows we need police,” said Steve Gates, the site manager for CRED’s trauma therapy and life coaching operations. “But if we can reimagine the police right, if we thought about instead of hiring more police — we’ve got about 13,000 cops in the city — if we thought about diverting some of that money to programs like CRED, the people who are doing the work, I think we’d get a bigger bang for our buck.”

The Chicago Police Department’s budget for 2020 is $1.68 billion. CRED’s budget is $23 million, with part of the funding supporting other outreach programs in the city and $10 million specifically reserved for services in Roseland.

A Chicago Police Department spokesperson said the department “understands the importance of finding solutions to underlying issues that may lead to violent crime” and called violence prevention organizations “critical to this effort.”

On the Friday before Labor Day, a group of young men who had been recruited by the outreach team were meeting at CRED’s offices for group therapy. A participant named Robert Hamilton told life coach Kanoya Ali that their work together had “helped me control myself.”

“I think a lot more now before I act. It helped me stay calm,” he said.

Ali then reminded the group of the skills they’d learned to avoid violent reactions and to help with self-regulation.

For the future, CRED hopes to increase its funding and expand its operations to serve young people in neighborhoods beyond Roseland.

“We are just helping facilitate some of those opportunities so they can get a chance to better” themselves, Ali said. “Often when they do, their friend is, like, ‘Wait, hey, hold on. You not ducking and dodging? You at work, making a living? You helping your family? You don’t have to worry about health insurance? I want to do that, too.'”

Lufthansa to ground more planes during winter as pandemic bites

Opinion: The ghost haunting the 2020 election

Swimming with sharks at Bondi Beach