WASHINGTON — House Speaker Nancy Pelosi, D-Calif., expressed exasperation Wednesday over President Donald Trump’s constant interruptions at the presidential debate — and that no one turned his microphone off.

In an interview on MSNBC’s “Morning Joe,” Pelosi was asked if the additional presidential debates should go on as scheduled, given that Trump broke all of the rules at the debate Tuesday night in Cleveland.

“I never thought that anybody should reduce themselves to being on the stage with him because we know what his behavior was going to be like,” said Pelosi, who ultimately didn’t answer the question, but previously suggested that former Vice President Joe Biden shouldn’t participate in any of the debates.

“I’m just sorry that they didn’t turn off the microphone when it was Joe Biden’s turn to speak and turn it on when it was the president’s turn to speak, and we would have not had this disruption,” she added. “You would have thought that would have been a simple thing to do. He’s been enabled his whole life, and now the American people are paying a price, paying a price for the fact that no one has ever said to him, ‘no.’”

Pelosi also said that it was a “sad night for our country” because Trump refused to “disassociate himself from white supremacists.”

“I lost a lot of sleep last night over that one fact. I think one thing he did present was the authenticity of who he is,” she said.

During the interview, Pelosi said she has been considering how Democrats might need to step in if Trump declares victory on election night and says, for example, that mail-in ballots are invalid. She said that states that Biden wins that have Republican-controlled legislatures might then appoint Trump electors instead to the Electoral College. She said that Democrats would then take that to court, but that would take time.

More immediately, however, she said that under the Constitution, the House could decide the presidential contest if the results are contested or held up by Republicans. Under this scenario, the 12th Amendment gives each state in the House one vote. A letter Pelosi sent on this issue to her Democratic caucus last week said, “In other words, how many state delegations the Democrats win in this upcoming election could determine who our next president is.”

While many Republicans applauded Trump’s behavior at the debate, some offered less stellar reviews.

Asked if he found Trump’s comments on white supremacists concerning, Sen. Tim Scott, R-S.C., said, “I think he misspoke, I think he should correct it. If he doesn’t correct it, I guess he didn’t misspeak.”

Sen. Mitt Romney, R-Utah, said “of course” Trump should have condemned white supremacists when asked to disavow white supremacy during a part of the debate that was focused on race. But Romney added that he doesn’t know “what impact the debate will have.”

“I can say I watched the debate last night,” he said. “It was not a Lincoln-Douglas debate, that’s for sure.”

Rep. Jackie Speier, D-Calif., said that the next two debates should be canceled.

Senate Minority Leader Chuck Schumer, D-N.Y., tweeted, “He told white supremacists to ‘stand back and stand by.’ President Trump is a national disgrace, and Americans will not stand for it.”

“I don’t want you to stand back. Don’t stand by. Stand up. And vote. Do it here,” tweeted Rep. Eric Swalwell, D-Calif., who linked to the Democratic National Committee website iwillvote.com. 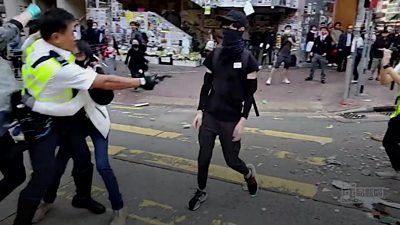 Hong Kong has seen more than 1,000 underage protesters arrested since the outbreak of mass anti-government protests in 2019. Close to 700 […] 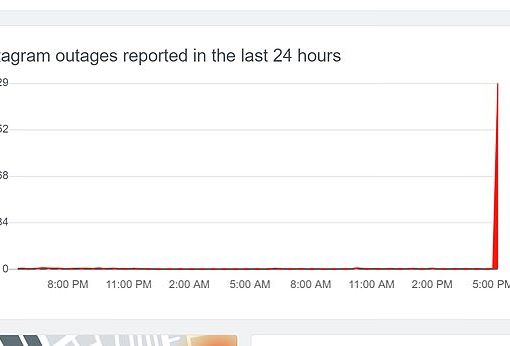 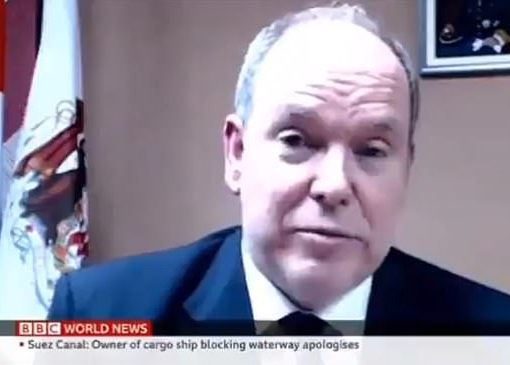 Prince Albert II of Monaco has criticised Harry and Meghan’s tell-all Oprah Winfrey interview as inappropriate, saying their decision ‘bothered’ him and […] In what was the biggest demonstration since the pandemic began, about 3,000 people gathered at Bangkok’s Democracy Monument on Saturday, according to […]