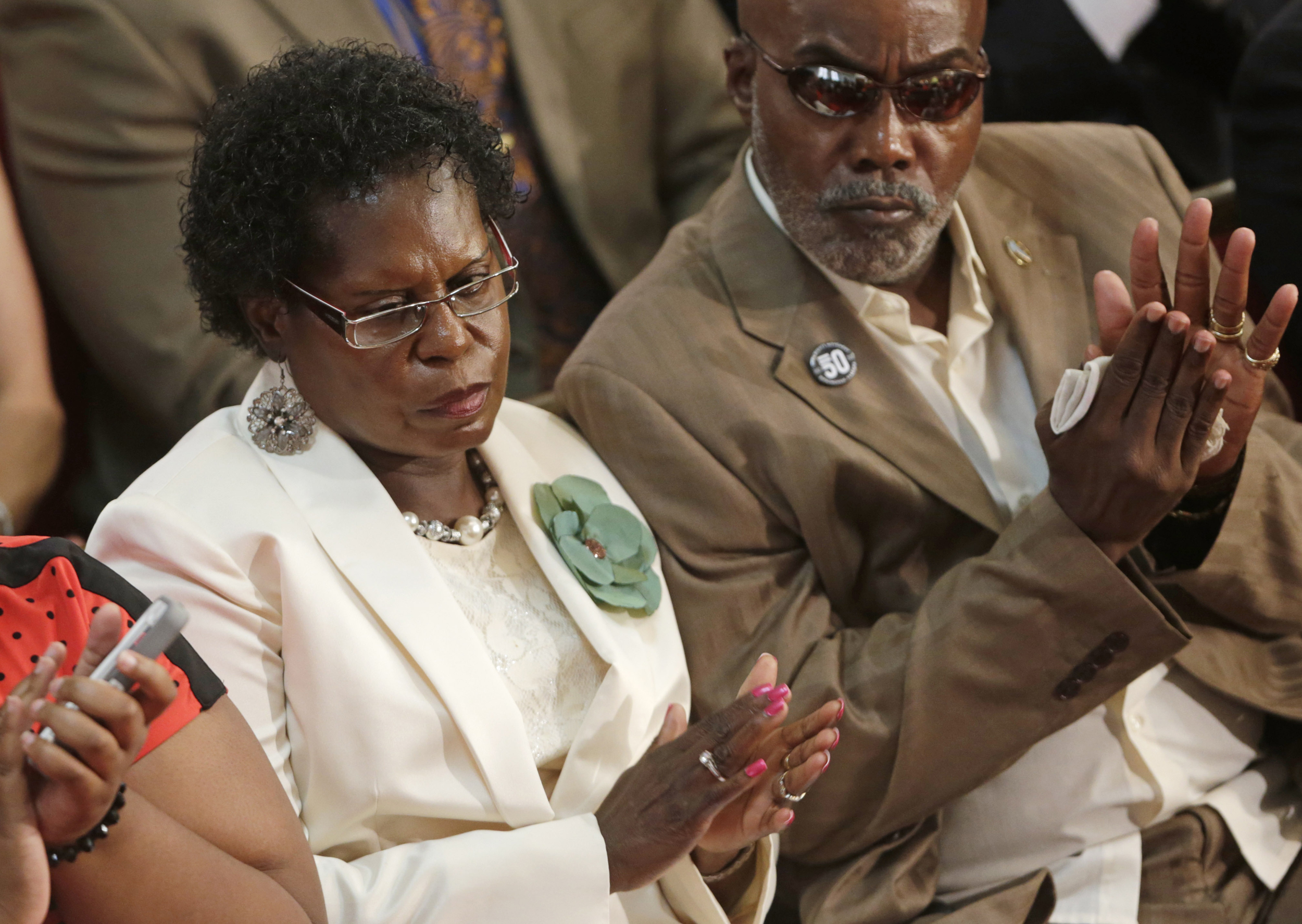 Alabama Gov. Kay Ivey apologized Wednesday to Sarah Collins Rudolph, a survivor of a Ku Klux Klan bombing that left her severely injured and killed four Black girls, including her sister, in 1963.

In a letter sent to Collins Rudolph’s lawyers, Ivey offered a “sincere, heartfelt apology” for the “racist, segregationist rhetoric used by some of our leaders during that time.”

Ivey said there should be no question that Collins Rudolph, who was 12 when Klan members bombed the 16th Street Baptist Church in Birmingham 57 years ago, and the other four girls “suffered an egregious injustice that has yielded untold pain and suffering over the ensuing decades.”

Lawyers for Collins Rudolph had said in a letter to Ivey earlier this month that, while hardline segregationist officials like Gov. George Wallace didn’t place the bomb next to the building, they played an “undisputed role in encouraging its citizens to engage in racial violence.”

In the bombing, Collins Rudolph lost her right eye. Glass fragments remained in her left eye, abdomen and chest for years after, according to the Associated Press.

Her sister, Addie Mae Collins, 14, was killed. So were Cynthia Wesley and Carole Robertson, also 14, and Denise McNair, 11.

“She has born the burdens of the bombing for virtually her entire life, and we believe her story presents an especially meritorious and unique opportunity for the State of Alabama to right the wrongs that its past leaders encouraged and incited,” the letter to Ivey said.

The lawyers, who are from the Washington D.C. firm Jenner & Block and are representing Collins Rudolph pro-bono, had asked for an official apology as well as compensation.

Ivey’s letter does not specifically address compensation, but says that “other questions” raised by the lawyers will need to be reviewed.

“It would seem to me that beginning these conversations — without prejudice for what any final outcome might produce but with a goal of finding mutual accord — would be a natural extension of my administration’s ongoing efforts to foster fruitful conversations” about race, Ivey said.

Rudolph Collins’ lawyers, Ishan Bhabha and Alison Stein, said in a statement they were “gratified” by the apology and that they looked forward to future talks about compensation.

How Google evolved from 'cuddly' startup to antitrust target

3 key swing states have higher unemployment than the national average

China's super-wealthy got $1.5trillion richer during pandemic that began in Wuhan

How We Spend Hours a Day Using Google's Products