Stepping into the shoes of fan favorite Walking Dead characters like Daryl Dixon, Rick Grimes, Michonne Hawthorne, and Carol Peletier through the magic of VR certainly has its moments. The Walking Dead: Onslaught doesn’t offer nearly as nuanced an experience as its spinoff counterpart Saints & Sinners from earlier this year, but by focusing much more on the action and channeling popular elements of AMC’s TV series, it aims to scratch a different itch altogether. Weirdly, though, a lot of its mechanics don’t feel built for VR, and it never does much to contribute to Walking Dead lore. So it’s just fine if you’re here for a good old-fashioned zombie-themed arcade shooter with a lot of guts and only a few brains.

The developers at Survios don’t waste any time getting the action going. From the very first moment, Onslaught plops you into a rescue mission, hands you a hefty gun, and shows you a nice, big, shambling herd of walkers to shoot at. That’s what Onslaught is all about, and aside from some item collection, it never really moves beyond it. This is disappointing, because the premise is something I’ve wanted to experience for quite a long time as a lapsed The Walking Dead TV series fan, and this scaled-down implementation really does feel like more of a generic zombie game with a little extra walker skin stretched over it.

Onslaught is split into two major modes: a short five-hour story campaign starring Norman Reedus as Daryl Dixon, and an infinitely replayable Supply Run mode where you grab as much loot as you can while outrunning an impenetrable wall of walkers. In both modes, you spend a large portion of time running up to items and grabbing them, which racks up a score that gradually unlocks new survivors and introduces new side quests, which really only boil down to rote fetch quests. They’re linked together in that progression through the main story is gated by how many survivors you’ve recruited overall, so Supply Run mode is clearly there to serve as a loot treadmill that buffers out the length of the campaign. It does double as a fun way to test out your newest and best weapons, though, so it’s generally the acceptable kind of padding.

The simple action of pushing through an entire swarm of them got my heart pumping at the best moments.

Of course, the Supply Run mode can be great fun if you just want to run around and slice through a bunch of shambling undead. The key is that Survios has made walkers genuinely fun to kill. You can grab them by the neck and go with the ol’ one-two face stab, or you can shoot them until their limbs fall off. You can also lop off their individual limbs with a katana or a fire axe. Either way, there’s usually a lot of them around you at once, and the simple action of pushing through an entire swarm of them got my heart pumping at the best moments.

That said, this is no survival game, and because of that it never really builds up any meaningful tension or dread. While Saints & Sinners makes you worry about your weapons breaking down or ammo running out at the worst possible time, scarcity isn’t a problem in Onslaught. There’s no backpack or physics-based objects to finagle with either, which ironically takes a lot away from the clumsiness-fueled tension that made surviving Saints & Sinners such a joy in VR. In fact, I never came remotely close to getting killed, so I have no idea what happens when you die. The most dangerous position I found myself in was when I stood across a room full of zombies from an important door, and even then I just brainlessly stabbed my way through and went on with my business.

In its favor, Onslaught has a nice variety of comfort and movement options that each feel well-paced for VR play. You can walk around like you would in other VR games such as Asgard’s Wrath and Saints & Sinners, or you can go with teleportation or even an arm-swinger mode. There is an offering of convenience here that goes above and beyond, and it’s refreshing to see. The arm-swinger mode, which literally makes you move when you swing your arms, is just as fun and appropriately-placed here as it is in arena games like GORN or Hot Dogs, Horseshoes, and Hand Grenades.

It’s entirely possible to clear a room of walkers by hastily stabbing your way through it.

What’s less fun is the way in which Onslaught attempts to offset its lack of challenge by making your guns feel underpowered. It’s to the point where you can unload several bullets into a walker’s head, only to have them get back up again (if you’re on higher difficulty levels). That’s pretty annoying and doesn’t feel true to the way walkers work on the show. Worse still, the reload process feels archaic and janky: instead of the traditional and satisfying interactivity of manually inserting a magazine and pulling back the slide, you just push a button and watch an animation in which your character does it for you at their own glacial pace. It looks okay, but it really slows down the natural pace of ranged combat we see in most VR shooters.

Luckily, the gun “feel” is pretty good; aiming and firing feels right, and each firearm—including the shotgun—packs the punch you’d expect from its real-life equivalent. Weapons are quickly selected and switched out in a radial menu that even slows the action down to a halt while you choose. Partially because of that, melee weapons end up being some of the most powerful and useful in Onslaught. Between reloads, you can rapidly whip out your trusty knife and the toughest walkers go down with a single well-placed thrust to the nasal cavity. Since weapons don’t break and there’s no stamina system, it’s entirely possible to clear a room of walkers by hastily stabbing your way through it. This does feel great for a little while, but it grows repetitive and tiring by the end.

Collecting items is fundamental to progressing through Onslaught’s campaign, but it doesn’t feel good to do. To pick up an item, you simply point and tap the trigger button to make it disappear into an invisible inventory slot. That’s something that’s expected in a traditional game but really hurts the immersion in VR. It makes Onslaught’s world feel static by comparison to what we’ve come to expect after experiencing games like Saints & Sinners and Half-Life: Alyx. Adding to this disappointment is the fact that the world is flavorless. There are no physics objects or clear inventory management system here, and much of the level design itself feels clunky. Obstacles and corridors are often placed in such a way that it’s unclear how to move through them, and I quickly noticed how many of the same decorations and buildings are reused in each level.

Alexandria is modeled exactly as it appears on TV, right down to the row of townhouses and that one solar panel.

To its credit, it’s great that the items you collect have some interesting uses. You can spend resources on upgrades for Alexandria, which serves as the primary hub town. It’s modeled exactly as it appears on TV, with some good attention to detail, right down to the row of townhouses and that one solar panel. The upgrades that you buy there in the form of structures like the Town Hall and the Forge can generously improve crucial stats like your max health and how much ammo you find, making them well worth the cost. And it’s a nice touch to see the buildings change as you improve them. On top of that, you can invest in upgrading your weapons and making them even more satisfyingly deadly.

All of this looks and sounds just fine for a VR game in 2020, but the character performances and writing are mostly lacklustre and stale. Without ruining anything, Onslaught doesn’t seem to have that much to say or add to the The Walking Dead TV universe, and there are plenty of times where the delivery of its inconsequential story feels uninspired. The best writing easily goes to Eugene, played by the show’s Josh McDermitt. His awkward one-liners are as consistently well-delivered as fans will expect from him. 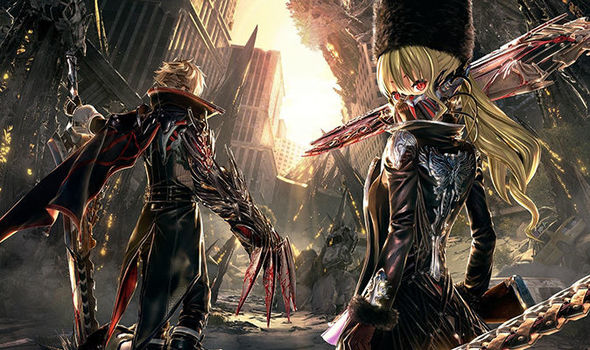 From Software’s new game teaser has given us a thirst for all things Bloodborne. But even if the mysterious new game is […] 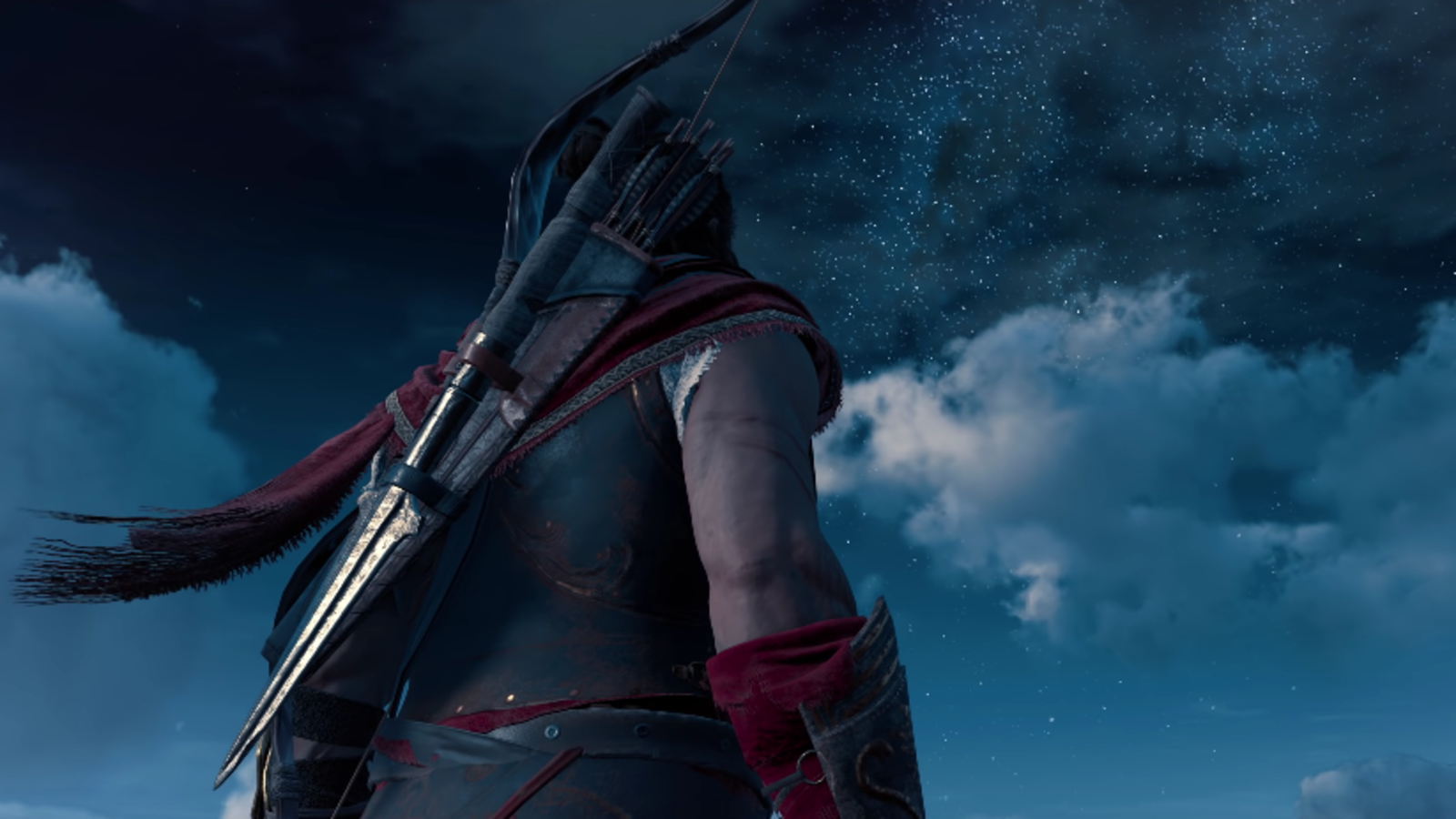 Assassin’s Creed Odyssey Within a couple generations, after climate change has more visibly ravaged the Earth, the easiest way for humanity to […]

Pokemon Go developer Niantic has extended the Equinox event after a recent outage. Fans were unable to login to the Pokemon Go app earlier […] 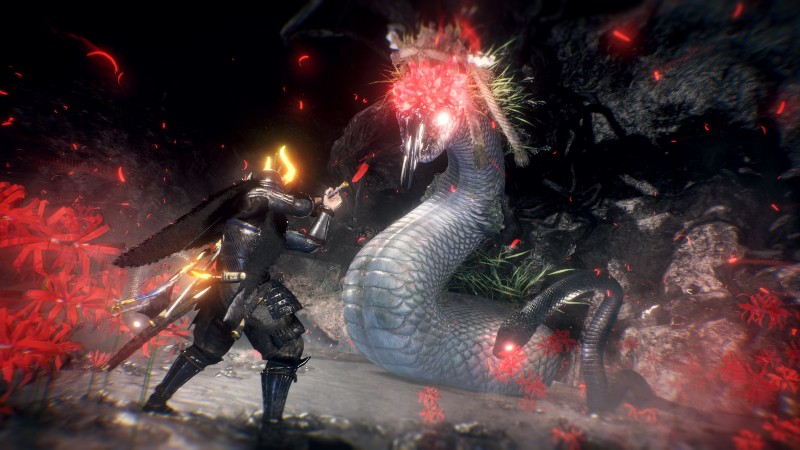