The warning comes from political commentator Nina Schick, author of ‘Deepfakes: The Coming Infocalypse’. Advances in artificial intelligence (AI) are allowing an increasing number of people to produce realistic looking synthetic, or computer produced, video including of events that never took place.

When used for sinister ends, such as political manipulator or non-consensual pornography, these videos are referred to as ‘deep fakes’.

Ms Schick explained this technology is being developed rapidly and could be used to undermine democracy.

Speaking to Express.co.uk she explained: “The ability of AI to generate actual fake synthetic media is something that’s only been around for about two and a half years and can be traced back to the revolution in deep learning over the last five years.

“This is something that’s really, really cutting edge, really new, essentially a fake piece of media made by AI.

“It’s going to be the most sophisticated tool of disinformation known to humanity thus far” (Image: GETTY/BUZZFEED VIDEO)

Clip from a deep fake in which Barack Obama appears to say “Killmonger is right” (Image: BUZZFEED VIDEO )

“We are increasingly facing a future where media and content production is going to be made by AI.

“Some experts who I interviewed for my book said that within five to seven years’ time 90 percent of video content online is going to be synthetic.

“It is going to be the most sophisticated tool of disinformation known to humanity thus far because essentially you’re going to take Hollywood level special effects, whether that’s in a piece or audio or a piece of film, democratising it through AI to the point where anybody can make that kind of content.

“So if I have a clip of your voice, if I have a few images of your digital likeness, I can train the AI to look and act and sound like you in video and audio.”

Deepfake of Trump appearing to say “We all know that climate change is fake, just like this video” (Image: Taken de Klimaatpetitie)

Deepfakes, such as clips of actors edited out of film scenes and replaced by other celebrities, are becoming increasingly common on video sharing sites such as YouTube.

In another, developed by comedian Jordan Peele and Buzzfeed, Barack Obama is seen appearing to give a speech he never actually made.

In the clip the former president appears to comment: “We are entering an era in which our enemies can make it look like anyone is saying anything at any point in time, even if they would never say those things.

Mona Lisa brought to LIFE for the first time with EXTRAORDINARY AI [SHOCK]
Deep fakes: AI-manipulated media will be ‘WEAPONISED’ to trick armies [CONFLICT]
Black market insider says ANYONE can buy a UK passport for £2,000 [REVEAL]

Nina Schick is the author of ‘Deepfakes: The Coming Infocalypse’ (Image: BLOOMBERG )

AI has a growing number of utilities like facial recognition (Image: GETTY)

“So for instance they could have me say things like ‘Killmonger [comic book villain] is right’ or ‘Ben Carson is in a sunken place’ or how about this, ‘President Trump is a total and complete dips**t’.”

Ms Schick warned deepfake technology is already being used on a significant scale to produce ‘non-consensual pornography’, where a person’s likeness is integrated into pornographic material without their consent and likely even knowledge.

Currently this is primarily being used on celebrities but could theoretically happen to anybody.

However she expects deepfakes to increasingly make its way into the political realm.

Ms Schick commented: “It can be used of course as a tool of political propaganda but the other thing about deep fakes that’s really important to politics is that in a world where anything can be faked, including video of you saying and doing things that you never did, everything can be denied.

“That’s the first adverse impact I think we’re going to see in politics before deepfakes and synthetic media even become ubiquitous.

“You’re already starting to see that where authentic evidence is emerging of people having said or done something and it’s being dismissed as a deepfake.

Ms Schick warns deep fakes are likely to become so advanced humans can’t differentiate them from video of real events, with only AI potentially being able to differentiate between the two.

“I would love to say there’s one thing we need to do but there is no silver bullet answer” (Image: GETTY)

She said: “We absolutely can do something and that’s why I wrote the book. In terms of solutions there are two broad categories. The first is the technical solutions so doing things like building the AI software to detect fakes which is going to become necessary as they become ubiquitous and undiscernible to the human eye.

“But also doing things like embedding into the software of devices, whether that’s a phone or a camera, authenticity so almost like a watermark to prove this is an authentic piece of media.

“Secondly you have to think about building society wide resilience because you can build the best technical tools and defences but until society accepts that this is a problem and wants to do something about it nothing’s going to happen.

“I would love to say there’s one thing we need to do but there is no one silver bullet answer.” 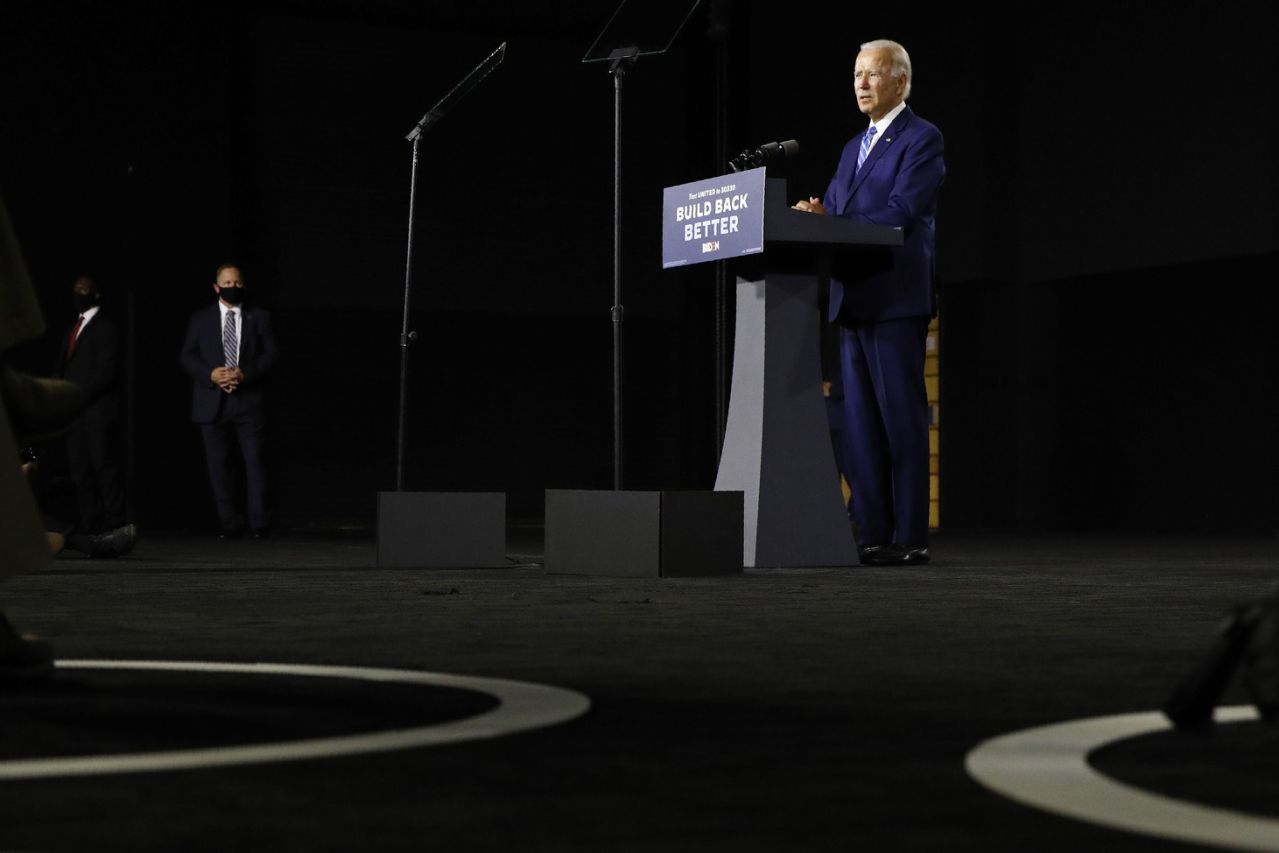 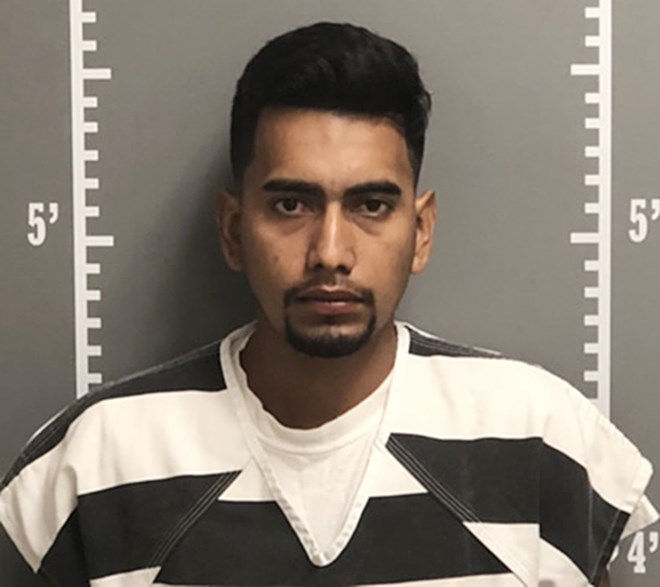 Get breaking news alerts and special reports. The news and stories that matter, delivered weekday mornings. SUBSCRIBE An undocumented immigrant has been […] 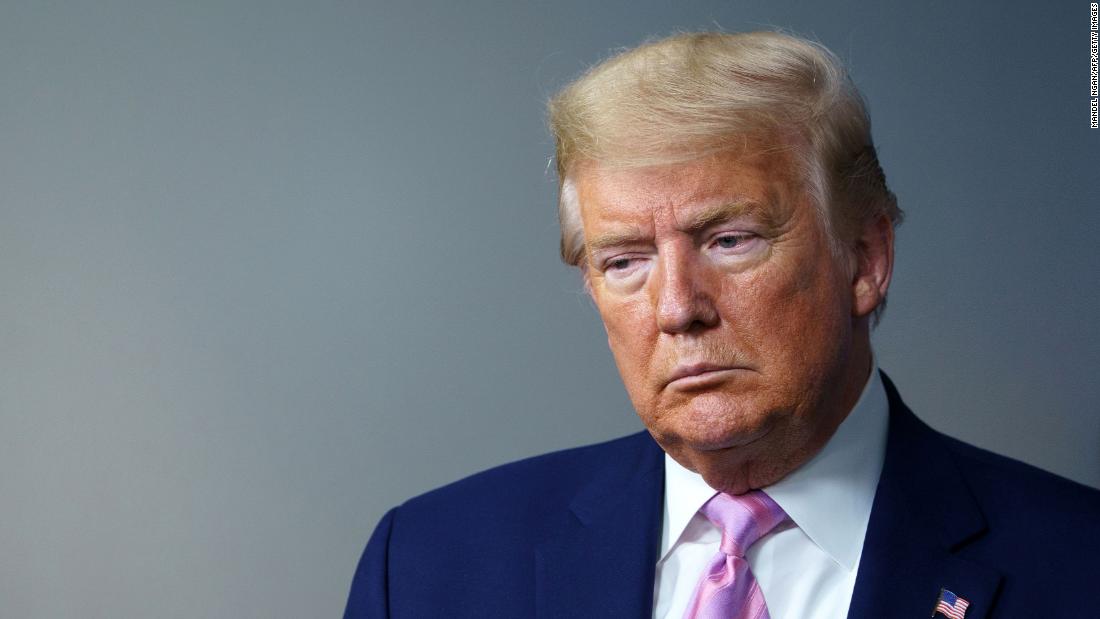 China: A country that the White House has called a “strategic competitor”; a country engaged in active influence operations against us; a […] 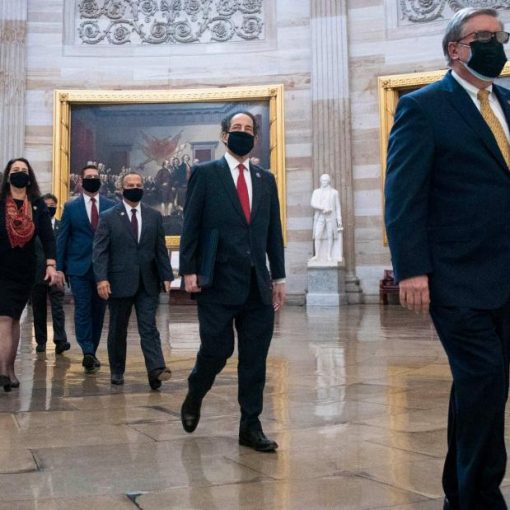 House Democrats’ previewed their case against Trump on the trial’s opening day Tuesday, playing a dramatic and visceral 13-minute video that interspersed […]